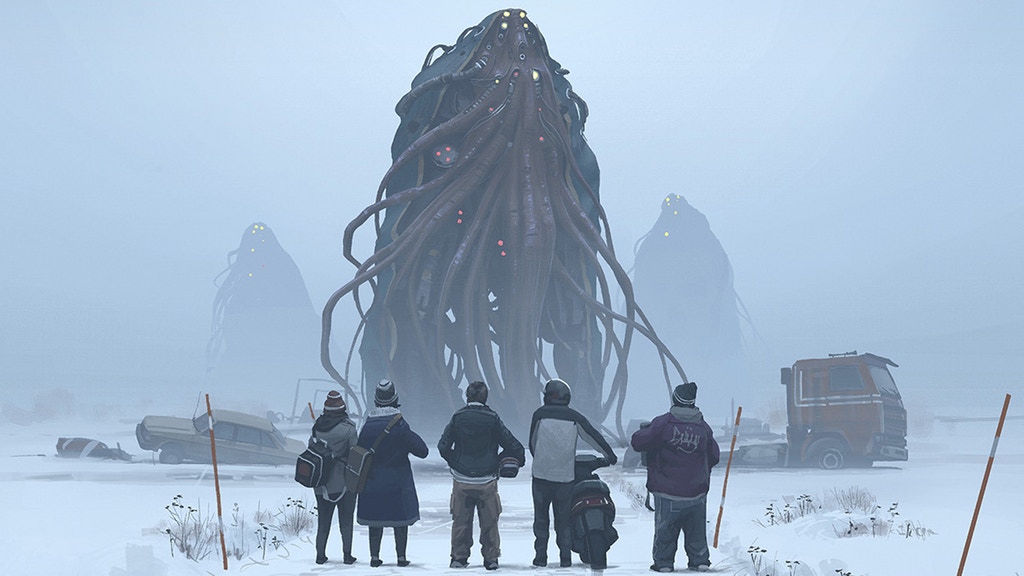 As we grow older, the false veneer of safety and comfort begins to wear away. I praised Tales From the Loop for its spin on nostalgia, at the same time genuine yet rife with horror and unease, and Free League’s follow-up seeks to capitalize on those feelings, leaning more heavily into horror via the angst of teenage years and the cultural instability of the 90s. Much closer to Dark than Stranger Things, this follow-up is more frank with its portrayal of crisis and weakness, and Things From the Flood has much to offer, even if it could have gone farther to update the mechanics.

Things From the Flood is part-way between expansion and sequel. The book is completely standalone, in case you happen not to own the original, but integrates into it seamlessly. Where its predecessor took place with children in the 1980s, Flood (as I will refer to it for simplicity) takes place in the 90s, with adolescent main characters. With the growth of those characters comes an evolved setting and a more mature tone. Shadows loom darker, with more present threats and less of the childlike whimsy that defined this series’ first outing. Other than the changes to lore, the system remains essentially the same. Whether this is a benefit or a flaw depends on how you feel about the base system. I found it accessible and usable, more than most games I have seen, but lacking in the sort of depth that would lead me to play it for long campaigns. 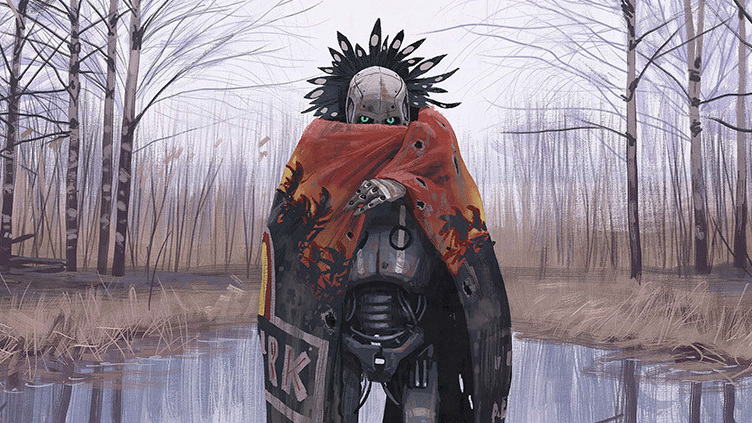 Contained within this expansion book is an update of the book’s setting, rules for playing teenaged characters within a less welcoming world, along with some (very) minor changes to allow for permanent consequences, and additional adventures to help get your feet wet.

The start of this sequel is a refreshingly detailed examination of how the setting has changed over the last few years. This dissection refers to the real and surreal alike, describing trends in our own world during the turbulent 1990s and explaining their influence on the Loop itself. One of the best features of this approach is how anti-nostalgia it really is. You see, Flood doesn’t just revel in the warm nostalgia of the era; rather it offers a truthful and challenging description of the upheavals many societies faced during that time.

This setting portion updates you on general changes, such as a machine plague that causes Cronenberg-esque growths to appear on old machinery, turning the outdated into treacherous, unpredictable devices. It also provides specifics on areas from the first game, and their new status as things have changed: Malaren Islands and Boulder City are once again well realized and full of potential for exploration, or harvesting if you want to transplant their ideas to your hometown. 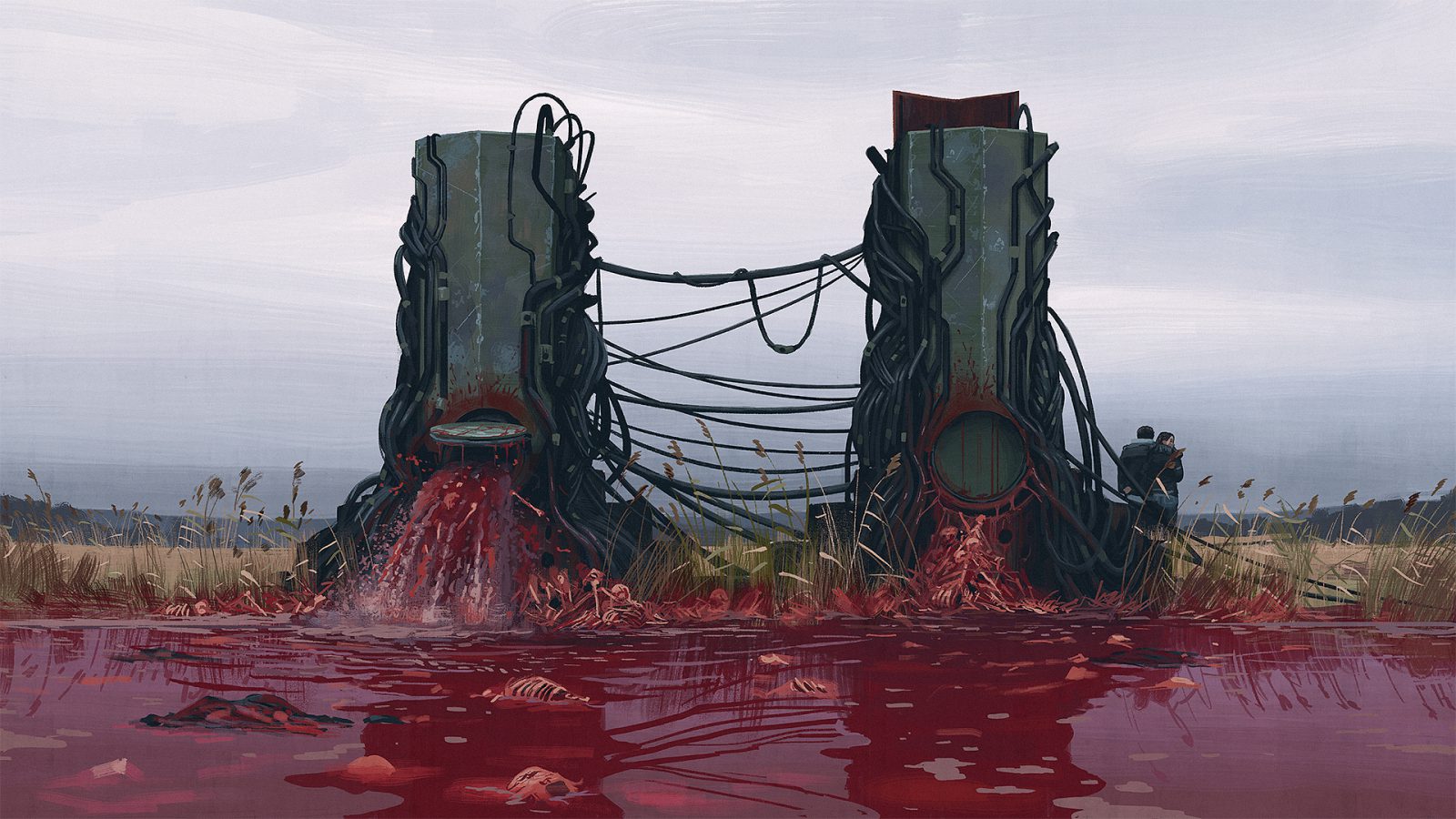 Anyone else getting Videodrome vibes or am I just a hipster film snob?

With regards to art and layout, Free League once again proves itself a standout. The layout is some of the cleanest, most readable text I’ve seen, with information clearly laid out and easy to access. I don’t know if enough can be said about Simon Stalenhag’s art, which combines the mundane with the surreal in magnificent detail, to make a realm of nightmares seem like it’s touching our own. Even more impressive, the two manage to complement one another consistently, as the book’s muted tones and worn-looking pages meld seamlessly into depictions of the Loop and its supernatural inhabitants.

The system is nearly identical to its earlier incarnation, which is both simple to learn and play. As a brief refresher, you combine your attribute and skill dice in d6s and count any 6 as a success. You can push yourself to reroll failed dice, at a risk to your character. Making characters is easy and self-explanatory, allowing new entrants into roleplay to get up and running in a scant few minutes. 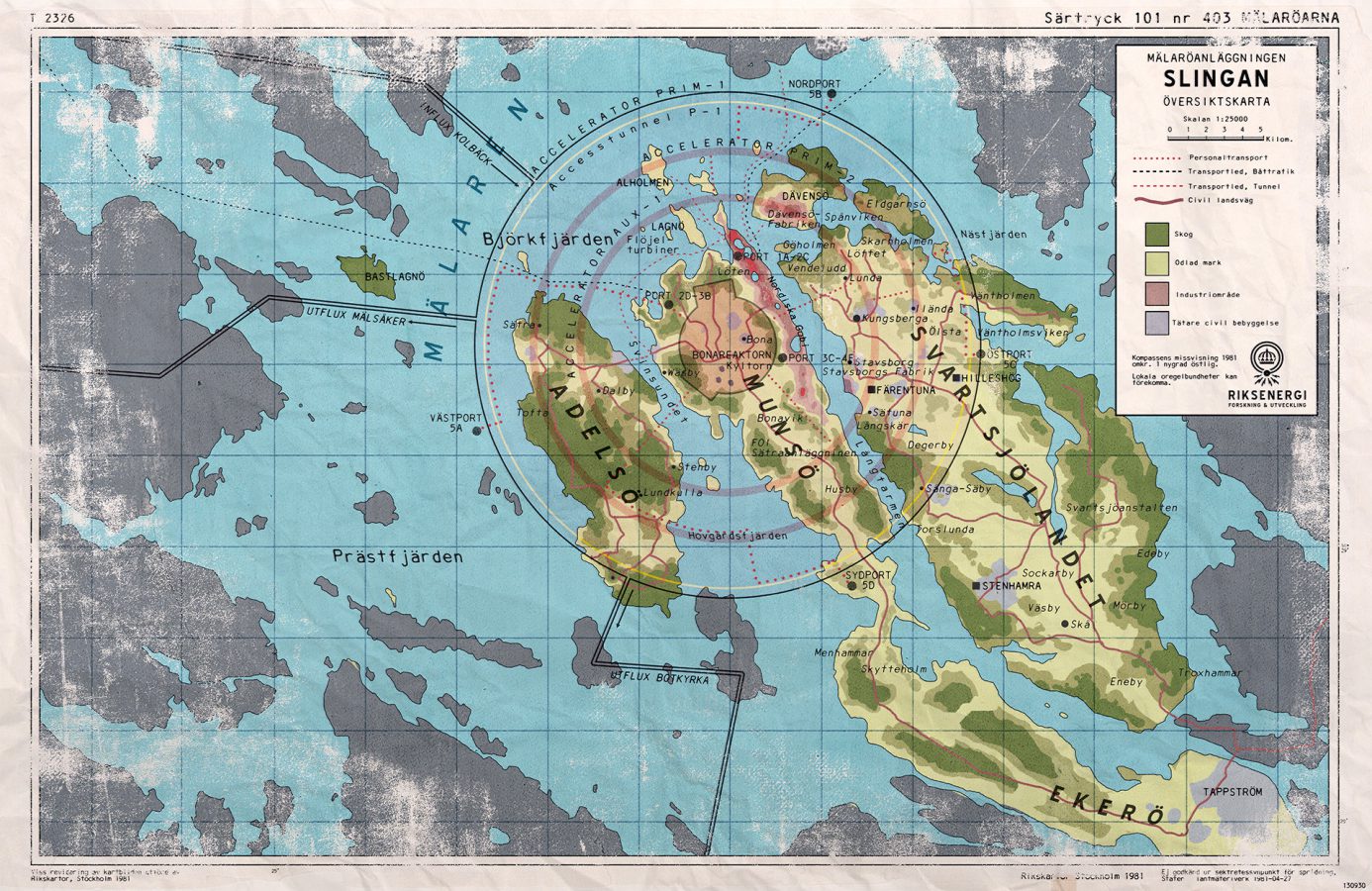 The maps remain usable, realistic, and accessible as ever, on the front and back covers for easy reference

The system’s changes are minimal. Fitting with the more mature characters and tone comes the possibility of permanent injury and death. Whenever a character is rendered Broken (at their lowest health level) they become Scarred. This leaves a permanent injury that can be invoked as a bonus once within the lifetime of the character. Over time, Scars add up, and each time you receive another you must roll a d6 over your current number of Scars or suffer death. Otherwise, the system is unchanged from its original, so my evaluation is essentially the same: it’s good, and easy to play, but maybe lacking in longevity and mechanical depth. It has all the same strengths and weaknesses, and makes for great play in short bursts. One benefit is that you could port characters from one to the other, should you want to age up characters from a Tales From the Loop game.

The GM section, lacking in mechanics, takes time to explain appropriate pacing and tone for newbies, but veterans could learn a lot about how to structure a mystery and lay information out for players. The techniques it espouses are exemplified in the Prophets of Pandora, a set of four adventures that connect into a single, cohesive campaign. The first three can function on their own, while the fourth connects them into a single plotline, building to a climax. Because of their connections, the adventures require a heavy hand, leading players to specific locations to get the necessary outcome, but the slow burn of the mini-campaign ends up as an effective look into the new Loop. Its organization makes it easy to navigate, both for players and GMs.

Things from the Flood

Things From the Flood has all the heart, quality, and intelligence of Tales From the Flood, for better or for worse. While it ages the setting up to the 90s, providing updated setting details and helping you set a more mature tone, the system has all the strengths and weaknesses it ever did. The game is accessible, evocative, and exceptionally well presented. That said, it would have benefited from more substantial upgrades to its mechanics.

John Farrell is a legal aid attorney specializing in domestic violence, living in West Chester Pennsylvania. You can listen to him travel the weird west as Carrie A. Nation in the Joker's Wild podcast at: https://jokerswildpodcast.weebly.com/
Related Articles: Tabletop, Things from the Flood
Share
Tweet
Share
Submit