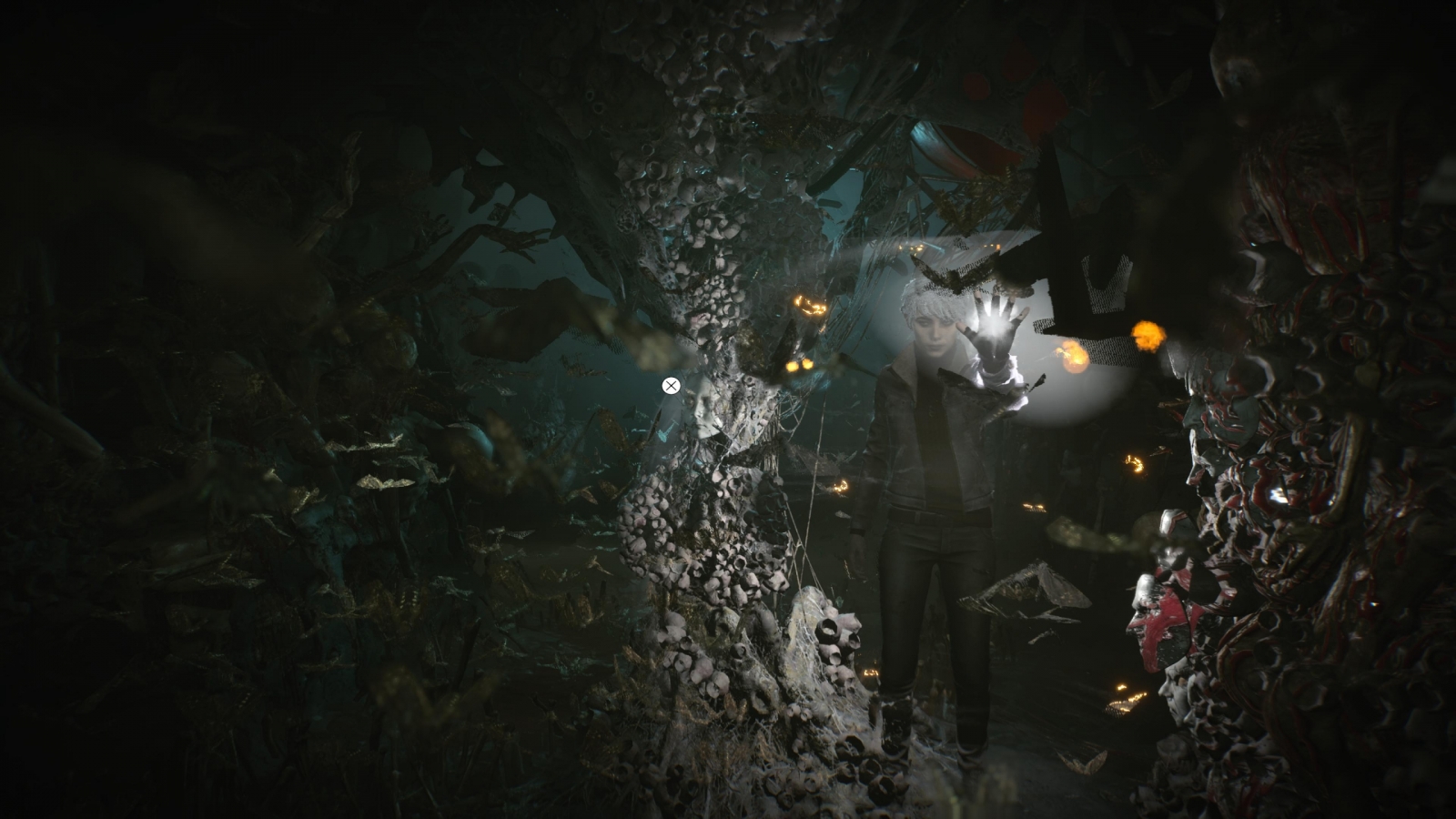 I had long ago accepted that I may not get to play The Medium until well after any hype for the game had passed. I don’t own an Xbox Series X (yet), so I had to settle for watching streamers play through the game while also attempting to not spoil too much of the story for when I could play. Eventually, I stopped paying attention to any news about the game at all, instead opting to wait for the inevitable PS5 announcement.

Thankfully, I didn’t have to wait too long. Recently, news came out that The Medium was getting a PS5 port and you can bet that I was first in line, eager for my chance to hop into The Medium’s spooky world. Previously, our Editor in Chief reviewed the Xbox Series X version, so I was also excited to see where he and I agree and disagree, and to see if there are any significant changes between the Xbox Series X and PS5 versions. 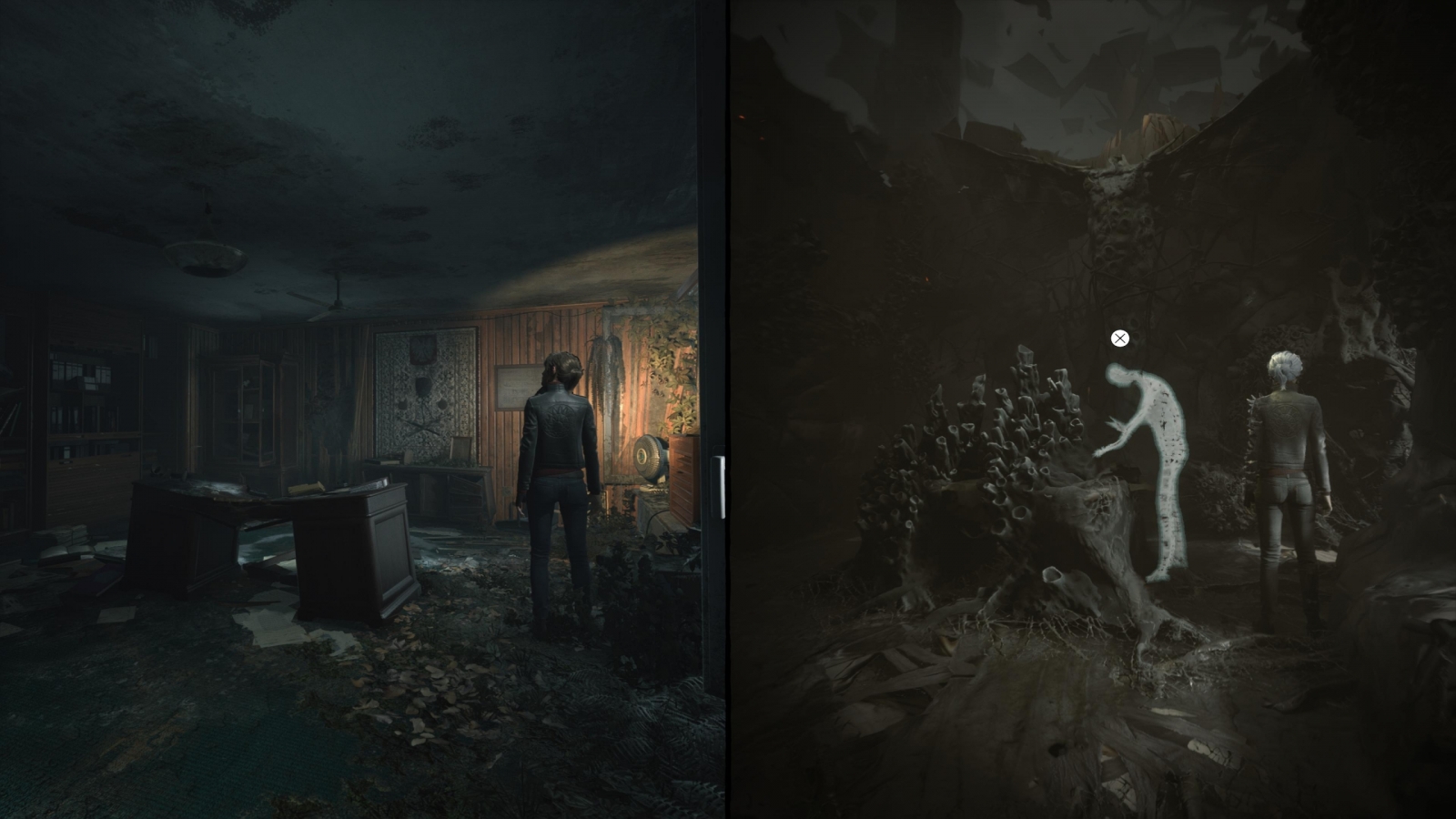 I won’t go too much into the story details, as our original review broke down the story quite well but essentially you are Marianne, a medium, capable of existing in both our reality and the spiritual reality at once. Due to her unique gifts, she can send lost spirits home, ending their suffering. On the day the man who raised her dies, she receives a call from a mysterious man asking for help. This call leads her to Niwa, where she learns the tragic backstory of the massacre that occurred there and finds herself embroiled in a much larger story than she could have ever anticipated.

The Medium is a gorgeous looking game on the PS5. Unlike our Editor in Chief, I did not suffer any scene stutters, texture pop ins, or really any glitches at all except for once during a sequence in a small hallway near the end of the game, and it occurred so quickly it barely registered – in fact, it made me actually realize how well the game had played up until that moment despite the dual realities and various chaotic events playing out on screen throughout. The Medium is an impressive technical product and a great show of what we can expect from this current generation of consoles. 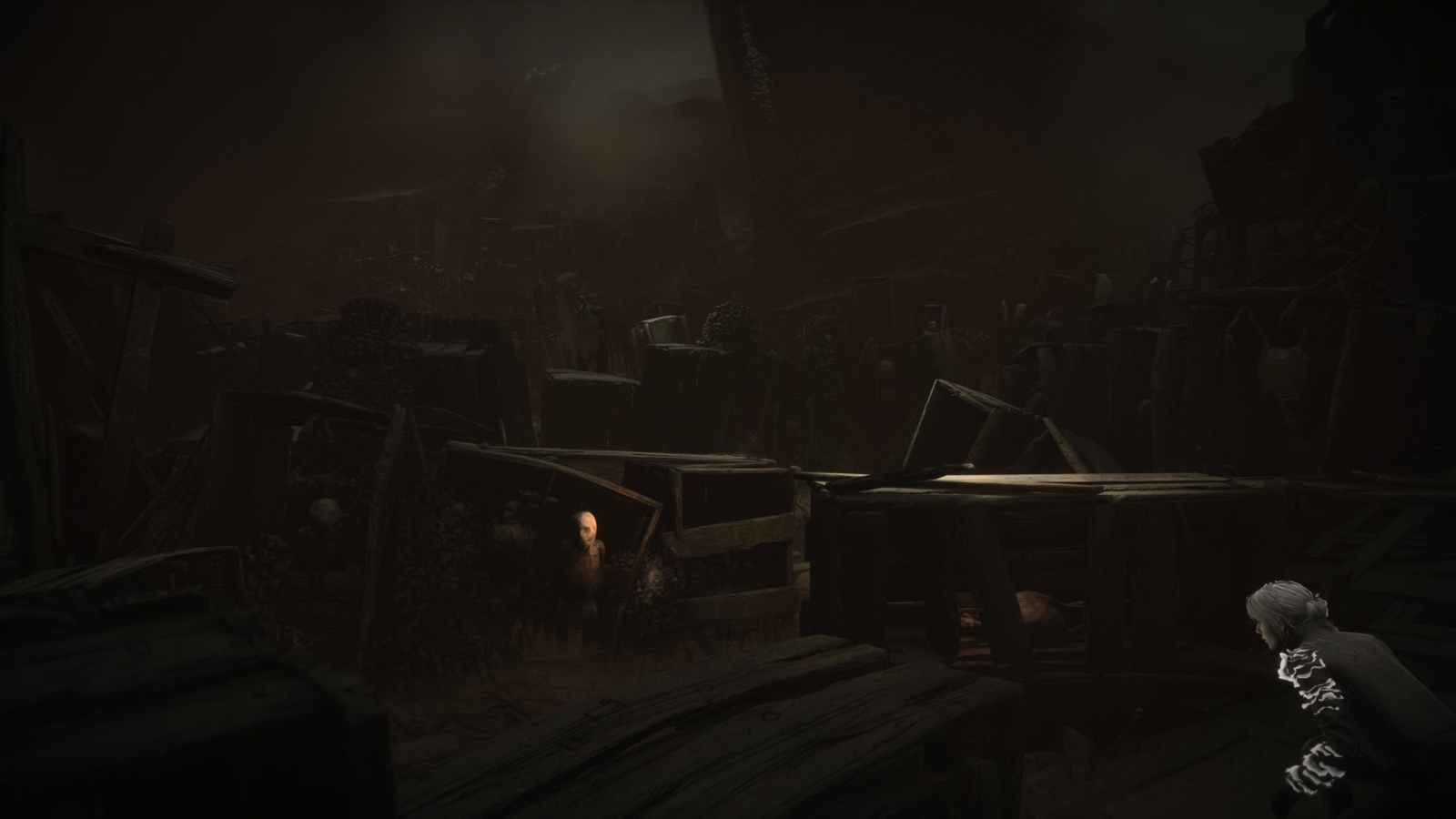 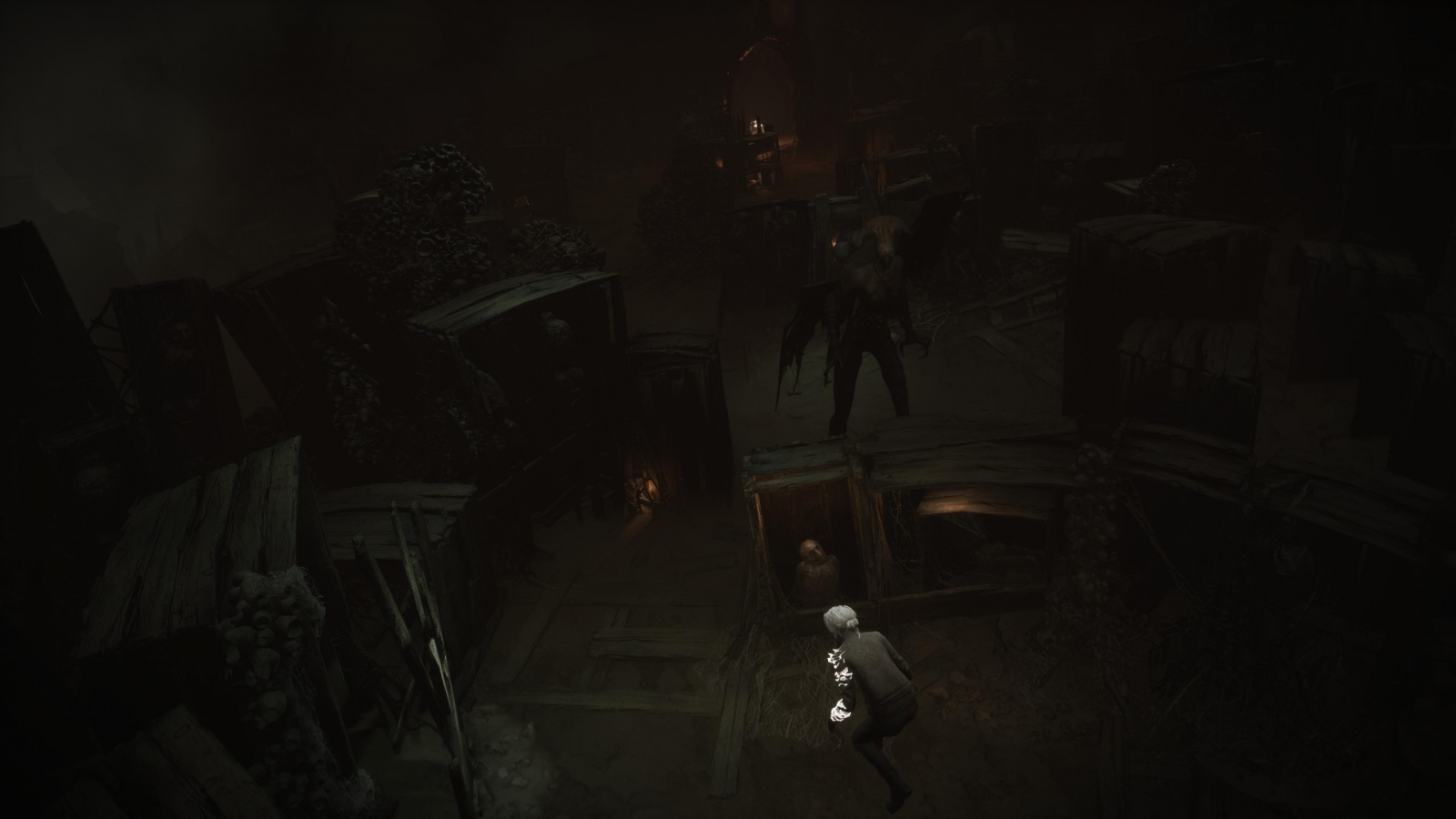 Unfortunately, the slightly stiff animation has not changed from the previous release, although it really doesn’t distract from the phenomenal gameplay at all. The Medium plays almost like one of the original Resident Evil games, featuring semi-static backgrounds with fixed camera angles. While this is slightly frustrating, it is rarely much of a hindrance to the gameplay and is the reason why the game boasts such incredible graphics and scenery. I found myself wanting to turn the camera to better explore nooks and crannies, but that isn’t really necessary. The game always lets you know when there is an item that you can interact with, so this gripe really exists due to my preferences, rather than anything the game itself did wrong.

The dual reality mechanic is fascinating, while also avoiding the pitfall of being overused. The game constantly finds new ways to incorporate the two worlds, allowing you to eventually jump back and forth almost at will – at least for specific stretches. It is impressive each time you inhabit both worlds, and is really a technical marvel that I feel has not gotten as much attention as it deserved. It’s rare to find something unique in gaming, and I greatly appreciated being surprised by the mechanic – even if what it does boil down to is just a means to create puzzles and obstacles to block your path. 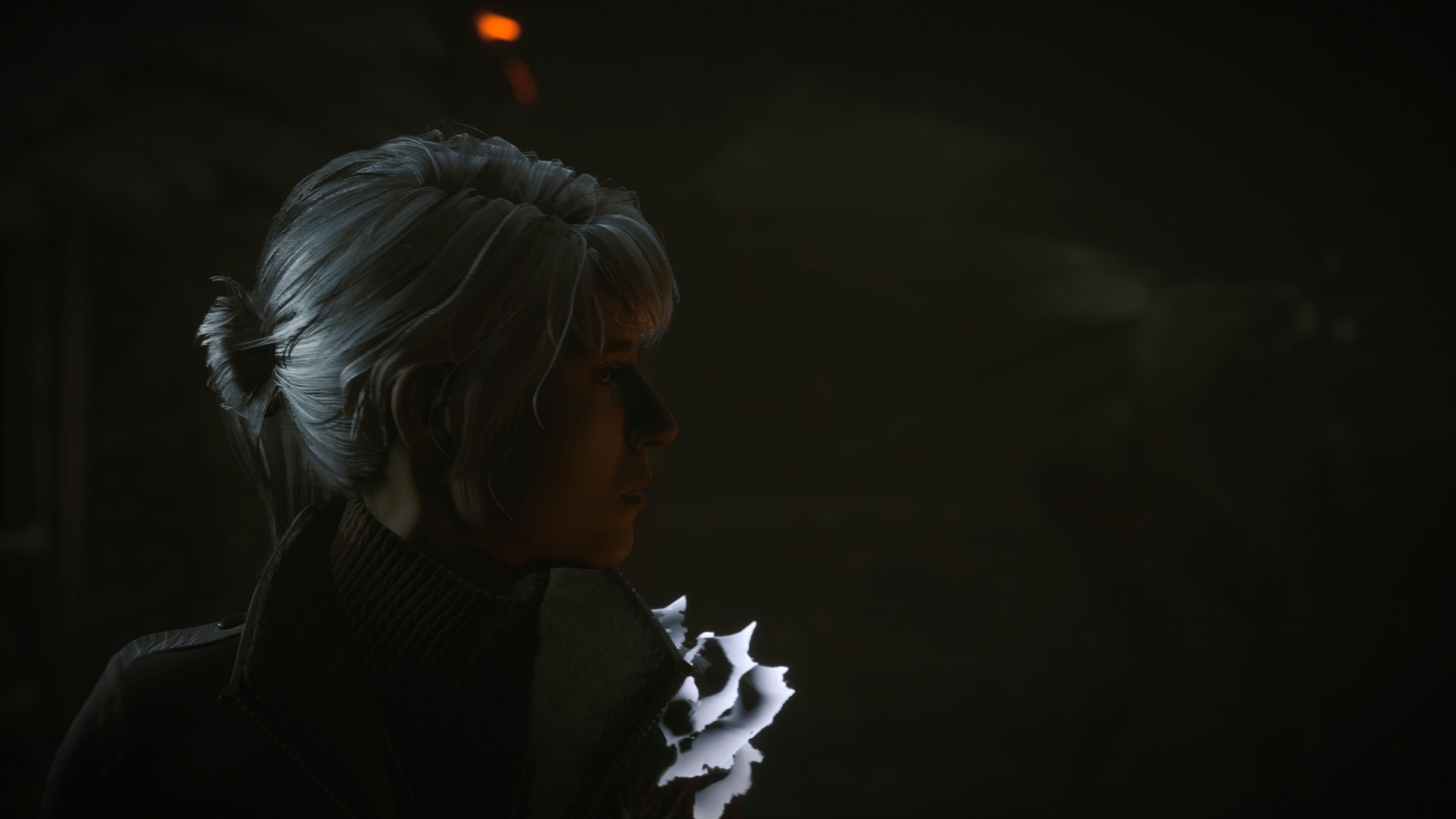 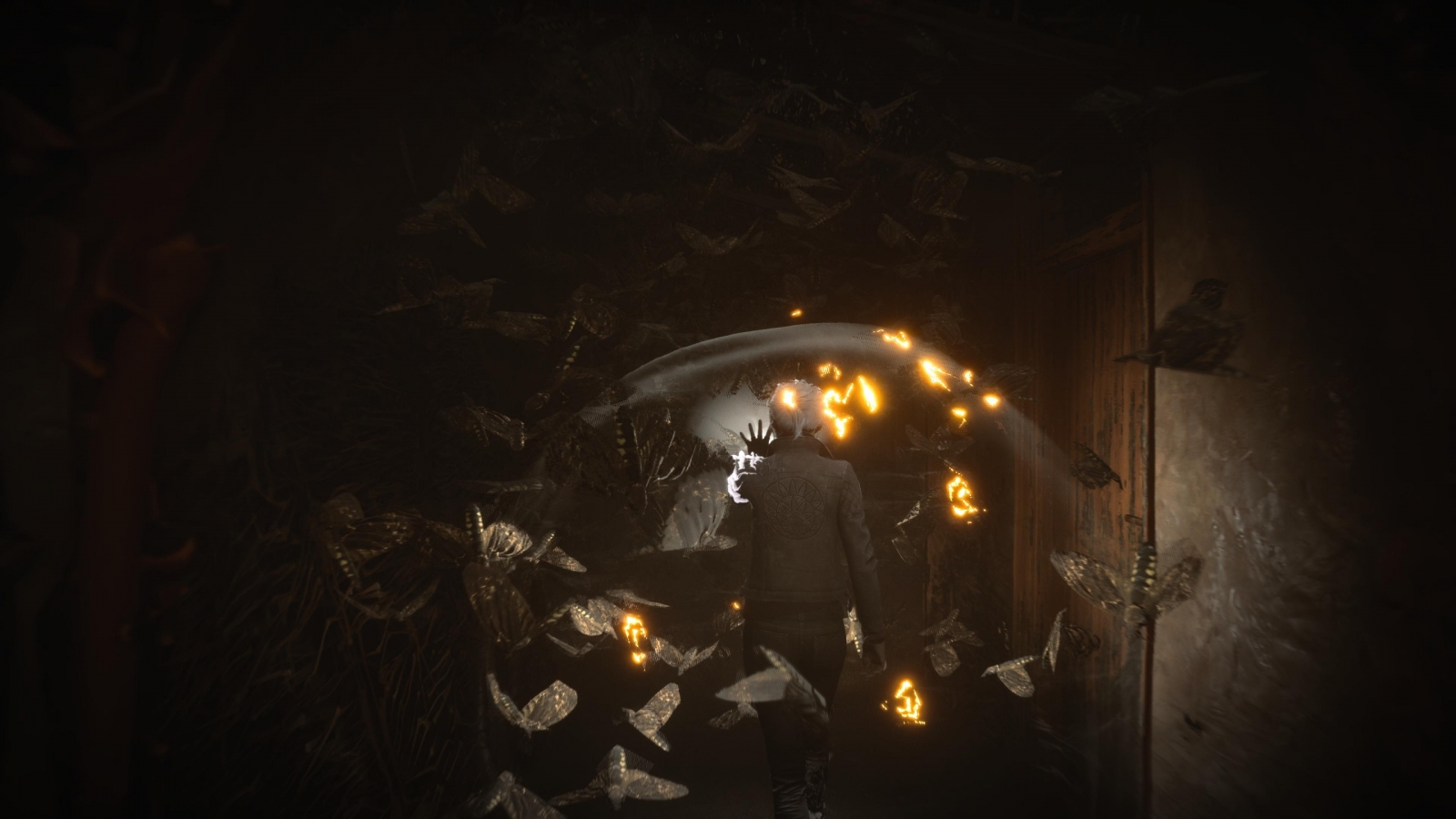 The Medium takes full advantage of the PS5’s power and the Dualsense controller’s special features, such as adaptive triggers, which are most notable when charging the Spirit Blast or using similar spirit abilities and haptic feedback, which makes your controller vibrate when enemies hit your Spirit Shield, etc. Of particular note is Bloober Team’s use of the controller’s built-in speaker, which I found particularly creative – various dialogue and sounds will only play through your controller, adding a creepy feeling to many scenes and even being used for background noises at times. It is a small way to make the game more immersive, and works fantastically.

Less impressive was the use of motion controls, but really, they just serve as an optional way to view items in game during first person sections and someone may find that more helpful than I did. The touchpad brings up an item menu, and the light bar will begin to flicker when an enemy is near, which – while cool – I can’t say I ever noticed during gameplay. To be honest though,  I didn’t play The Medium in a dark room, which almost certainly hampered the effect. Not controller related, but I do want to mention that in a recent update Bloober Team added ray tracing, making the already impressive lighting effects even more pronounced.

The Medium proves to be an interesting look into the human psyche, one that attempts to figure out why individuals are the way they are, while still stating that your past does not excuse your current actions. I greatly enjoyed my time in Marianne’s shoes, and found myself constantly impressed with the incredible graphics and unique mechanics. Bloober Team has made an impressive product, even more so on the PS5 with their willingness to make use of the PS5’s controller’s special features.

Richard Allen is a freelance writer and contributing editor for various publications. When not writing for Gaming Trend you can find him covering theatre for Broadway World, movies and TV for Fandomize, or working on original stories. An avid retro gamer, he is overly obsessed with Dragon's Lair. Chat with him via @thricetheartist on Twitter and @richardallenwrites on Facebook and Instagram.
Related Articles: The Medium
Share
Tweet
Share
Submit