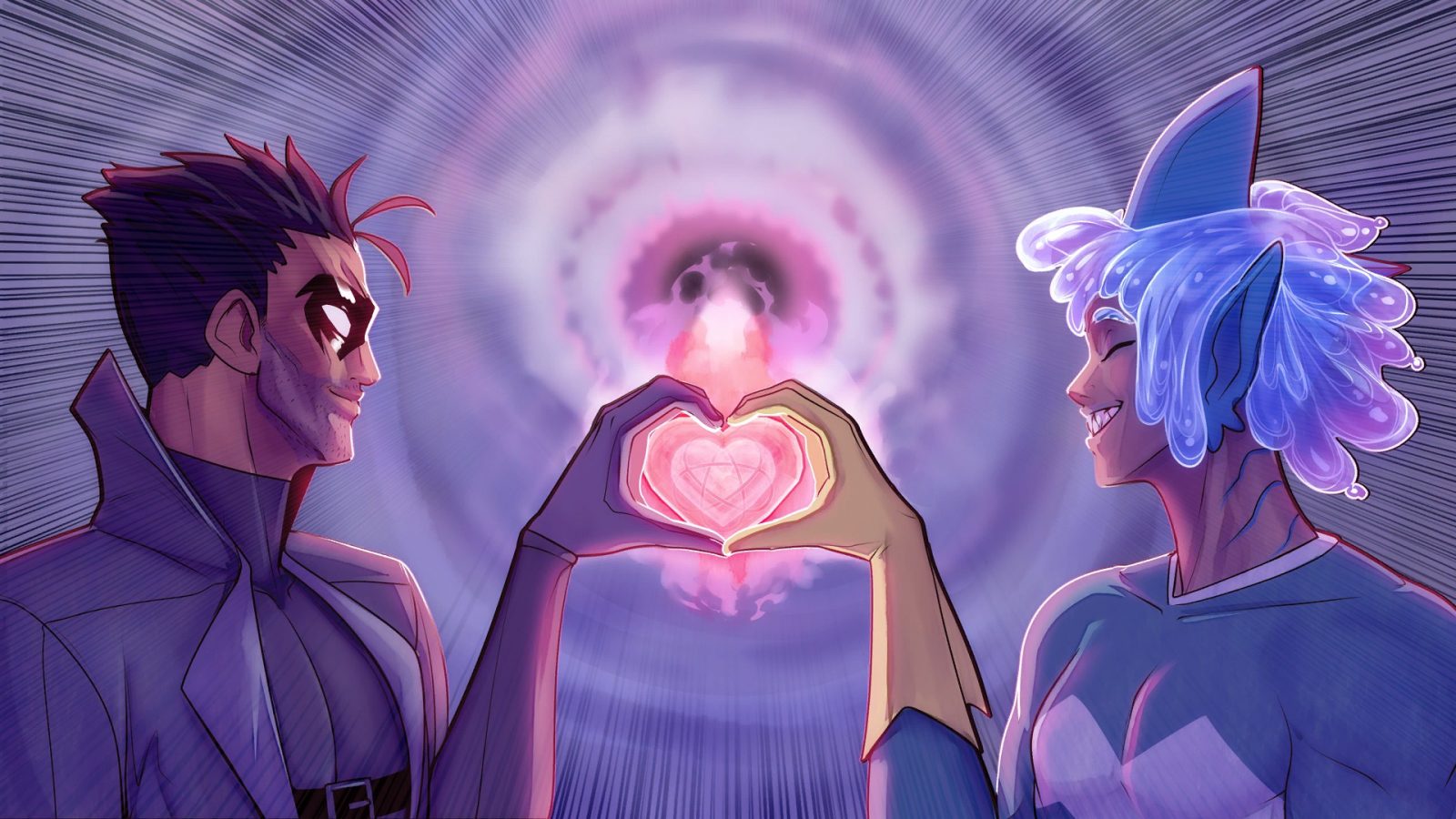 Gidheron is coming. You’ve had a strange dream that an interdimensional monster is coming to devour the earth, and the only thing that can stop it, according to you from another dimension, is the power of love! You need to gather together a team of superheroes, train them to work together, and make two (or more) of them smooch in time to stop Gidhero and save the earth.

In this visual novel, you’ll send pairs of heroes out of your team of five to stop local crimes and grow closer together. Nightgaunt is a brooding, stealthy hero while Riptide is usually cheerful and loud. Wifi is a shy young woman who can talk to electronics, and Zael is an alien who’s cool under pressure and can shoot lasers. Finally, Zirconia is extremely buff and can turn hard as diamonds to suit her tough on the outside but soft on the inside personality. For each crime, you’ll have to determine which pair will work best for the situation in terms of both powerset and personality. While most pairs do end up being romantic, the power of friendship will work just as well to stop Gidheron if two heroes just aren’t into each other like that. 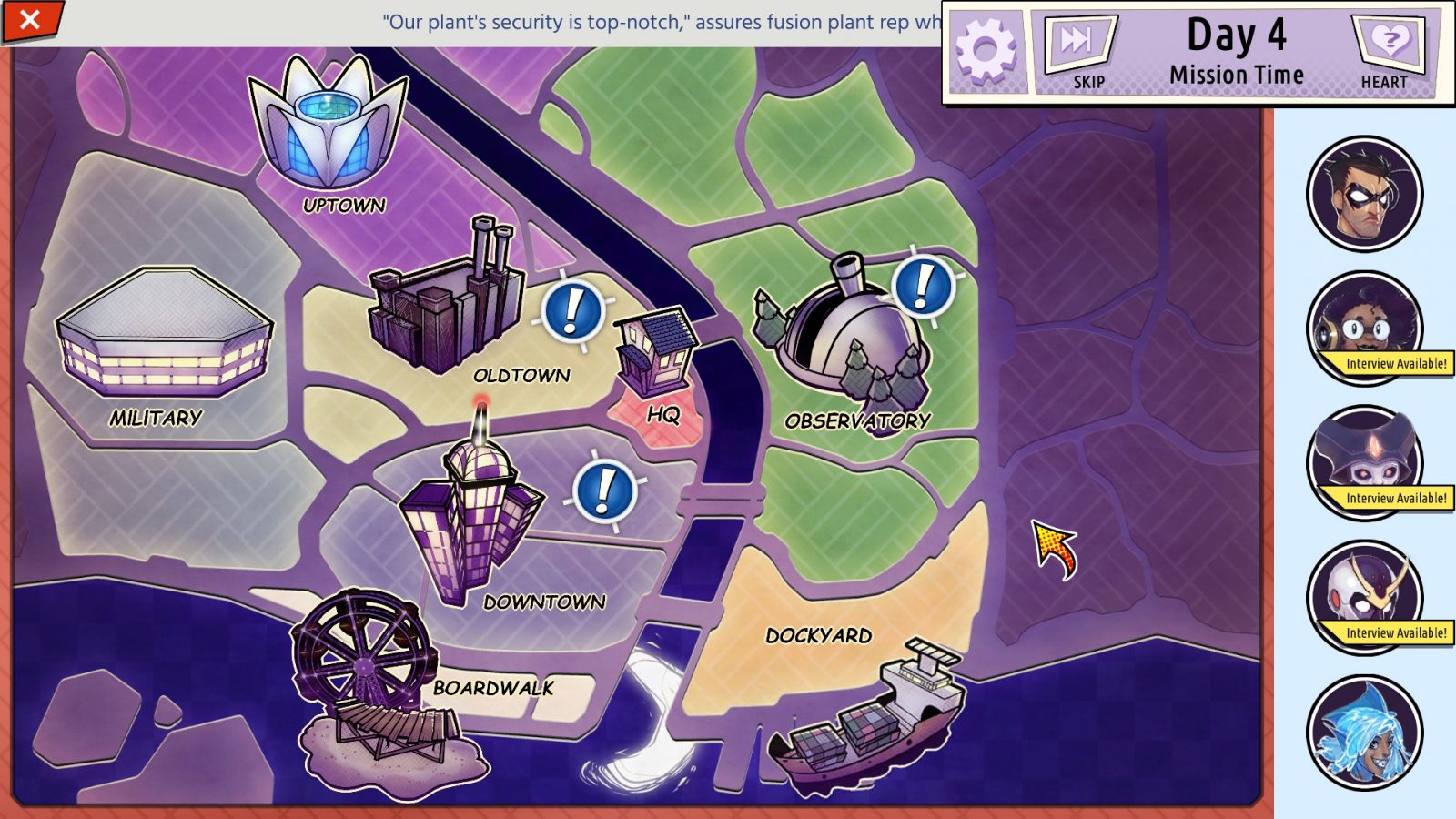 Each in-game night will present you with a map of crimes in progress around the city, usually three or more. Characters can only take part in one mission each night, and with five characters you won’t be able to deploy all of them so you need to choose carefully who you send where. Or you can just pick whatever pairs you think look cutest together and try to force them into any and all situations. You do you. Regardless, during a mission you’ll choose which hero will put their plan into action, or sometimes come up with a new, better plan if a pair is uniquely suited to the situation. Based on the outcome, you’ll be graded on a scale of F to A+ and the pair’s affinity for each other will grow. Once they reach a certain threshold, you can send them on a “bonding exercise” during the day, like getting coffee, going to the park, or relaxing in a cabin with only one bed (oh nooooo). It’s very silly and fun as the game never takes itself seriously, apart from one aspect: diversity. The game tackles a lot of heavy topics like mental illness, PTSD, and even gender diversity and same sex relationships in a way that’s educationall without being heavy handed or losing the humor present throughout the experience. Minority representation in video games, especially queer and neurodivergent minorities, is a very, very low bar so it’s great to see a game that handles these topics well.

I don’t often enjoy visual novels, I’d prefer to read a book especially if there are no choices to make, but the scant gameplay here leading to a large amount of options kept me engaged through multiple playthroughs, each of which can take around an hour or two. Thankfully, you can skip the dialogue on subsequent playthroughs if you’ve already seen a pair take on a crime,, which is presented in a text message style, and automatically gets the best outcome. It really helps speed up the process and gets you straight to the juicy stuff: the dates. Unfortunately, if you’ve already seen a date, you can’t skip these scenes. On more than one of my playthroughs, I got multiple pairs ready to take on Gidheron, but you can only choose one to take part in the battle. This means if you want to see their ending, you’ll have to sit through all their dates again. It doesn’t take too long, but it is an annoyance nonetheless. 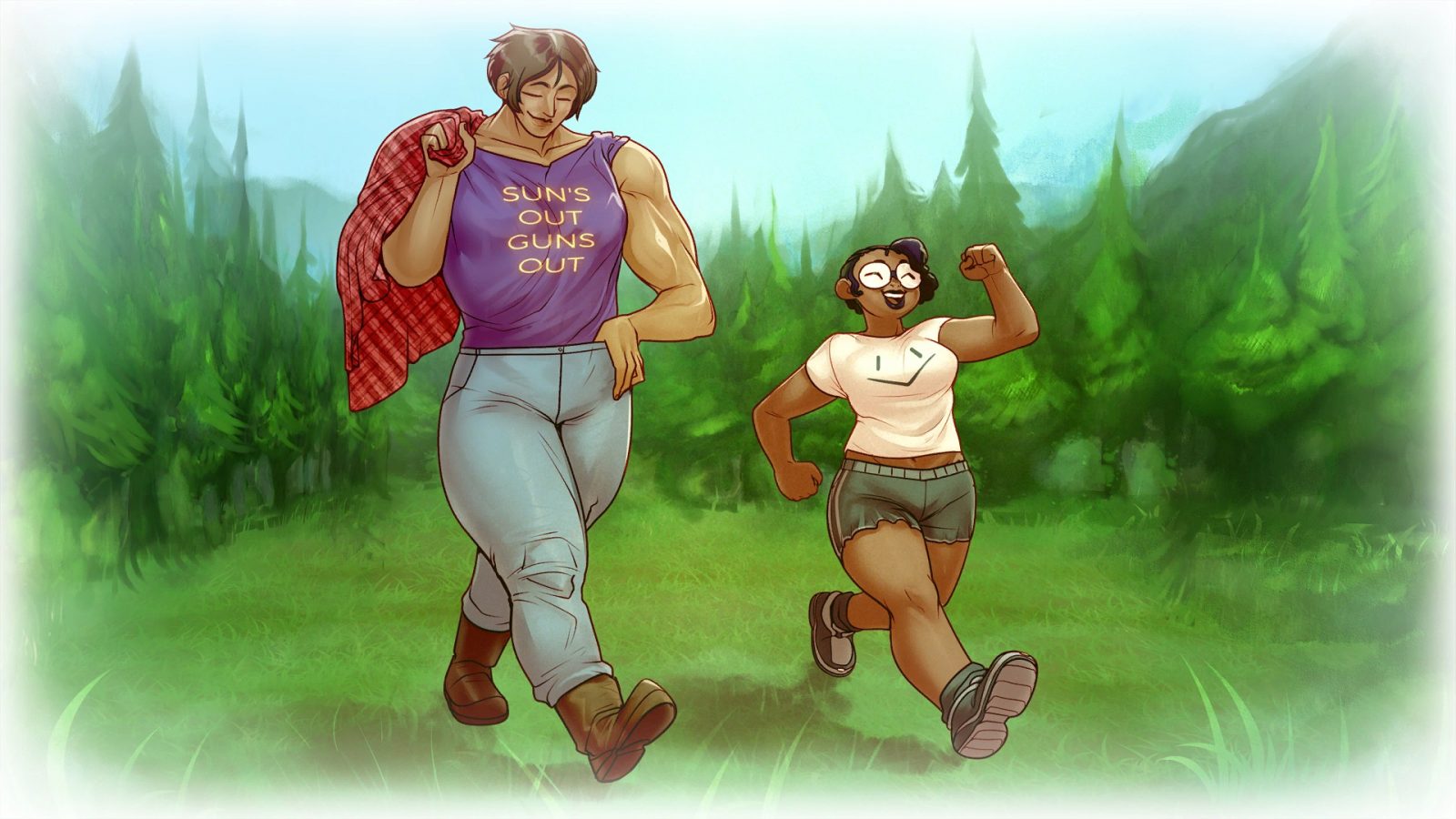 The art style looks like a comic book, fitting for a game about superheroes. Backgrounds, characters, and even dialogue options look like the generic idea of a comic book, while still giving all the art its own unique flair. All in all, it’s a great visual novel that’s fun to look at and play over and over. It’s charming, funny, and has a metric ton of heart. It’s also free on both Steam and itch.io, so you have absolutely no excuse not to play it.

Mission: It’s Complicated is a visual novel that will immediately charm your pants off with a cast of diverse and lovable characters. It’s short enough to just hop in for a quick playthrough, but has enough endings to keep you busy for quite some time.

David is the kind of person to wear his heart on his sleeve. He can find positives in anything, like this is a person who loved Star Fox Zero to death. You’ll see him playing all kinds of games: AAAs, Indies, game jam games, games of all genres, and writing about them! Here. On this website. When not writing or playing games, you can find David making music, games, or enjoying a good book. David’s favorite games include NieR: Automata, Mother 3, and Gravity Rush.
Related Articles: Indies, Mission: It's Complicated
Share
Tweet
Share
Submit