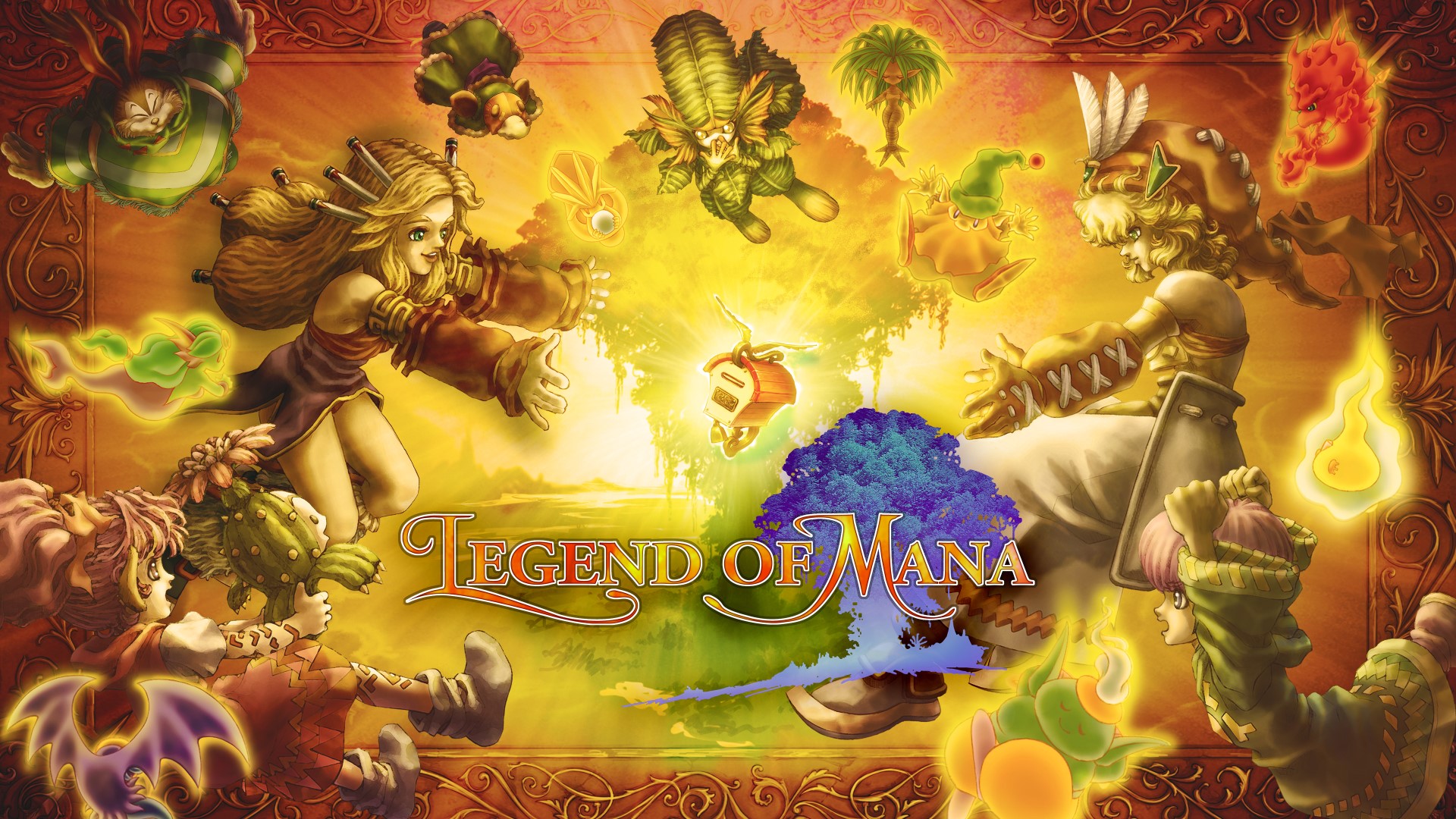 Released in 1999, Legend of Mana is a really old game. One that’s older than I am in fact, and one that I feel is very underappreciated. The game takes a lot of creative liberties, making it stand out among the rest in the series.

Legend of Mana begins in a weird but unique way as players start their journey to find the legendary tree of mana by choosing between a male or female protagonist along with a weapon. The game then prompts the player to select a section of the map of the game’s world, Fa’Diel, where the player will call their home. Instead of the usual exposition and brief introduction I was accustomed to in most JRPGs, Legend of Mana introduces players to the game by letting them build their own world. This is done by placing one of the game’s many artifacts on an empty part of the map that’ll then turn into a fully formed environment or location.

I’ve seen criticism for this system via claims that it’s too fragmented or that it creates a sense of dissolution between the player and the game’s world. However, after playing through the game I don’t think that’s completely true. I feel this system is an excellent way to provide the player the liberty to choose which location or dungeon to conquer at their own pace, which cements it as their own specially created world. With 67 quests available in the game, this means players can go wherever they want and play whichever quest they’d like to as long as they’ve unlocked the artifacts needed for it. 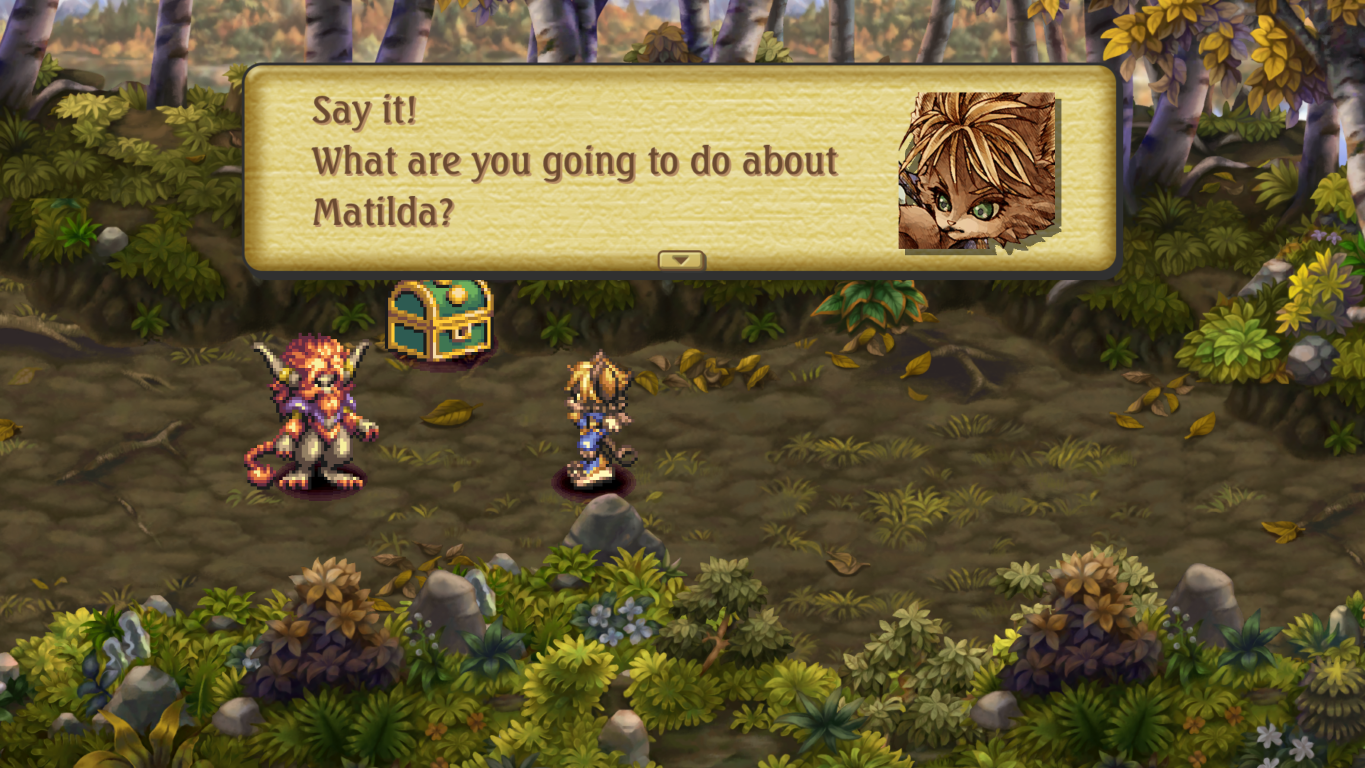 As for the game’s narrative structure, some quests in Legend of Mana are short and straightforward, while others will see the player go through a whole dungeon and a boss fight to complete. There’s always some snappy dialogue to provide a reason to play the quest and a short dialogue upon completion. This leaves a lot to be desired story-wise as it sometimes feels like there is no cohesive or overarching narrative to the game. However, the game does include plotlines akin to Dark Souls’ narrative structure (and no, I’m not claiming Legend of Mana is the Dark Souls of retro JRPGs). You’ll often meet a character multiple times in the game and go on numerous quests together, and each encounter progresses their plotline. It’s also worth noting that the story and quests get much better near the end when more characters are introduced.

As for the new changes, the remastered version notably comes with many new features, such as the newly upgraded UI, a gallery mode for viewing high-resolution illustrations and reading lore documents, added languages, and a music mode to listen to the game’s newly rearranged soundtracks. However, two new added features that notably affect the game’s experience are the quick save feature and the ability to turn off enemy encounters. As you’d probably guess, this makes the game significantly easier as not only do players now have the option to save at any point during gameplay, they now also have the ability to avoid most combat in general. While the enemy encounter mode is advertised as a way for players to explore the game’s world stress free, it’s still an addition worth noting regardless. 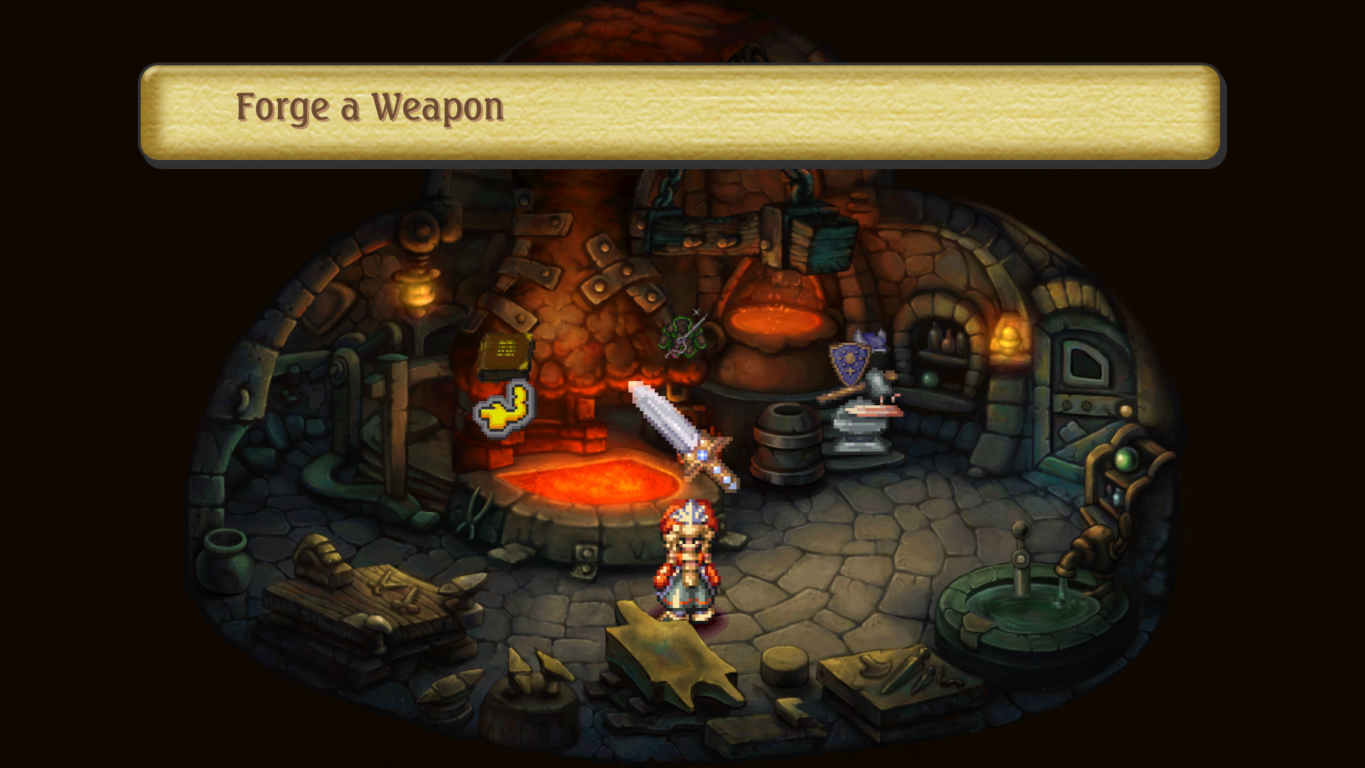 Speaking of enemies, Legend of Mana’s combat system can only be described as simple and straight to the point. Like many standard JRPGs, players can wield multiple weapons of different classes. Play with a weapon long enough and you’ll acquire a new skill that can be used with any weapon of the same class as the one you used to unlock it, and new techniques which can be used with any weapon in combat. Each of these skills and techniques can be mapped to any button. In addition, armor, items, and crafting materials can be gained by killing different monsters in the game. The game also has an intricate yet understandable crafting system that, if used well, will enable you to acquire powerful weapons or items.

Combat in the game involves real-time action with your standard heavy attack, light attack, and special moves in the form of  techniques. Unfortunately, due to the 2D nature of the game, I found that it was surprisingly hard to line up attacks against enemies on screen as you’ll often see your weapon go past them or not even touch them at all. It also doesn’t help that enemies move around frantically, so getting a hit on them can be an irritating struggle. Nevertheless, this doesn’t change the fact that combat in Legend of Mana, especially the remastered version, is quite easy. For one, players don’t have to worry about healing, as if you stand in a spot for a while, your HP will begin to regenerate. Combine this with the new quick save and anti-enemy encounter modes, and the player will have only minor penalties or challenges to worry about, especially at the start of their journey. 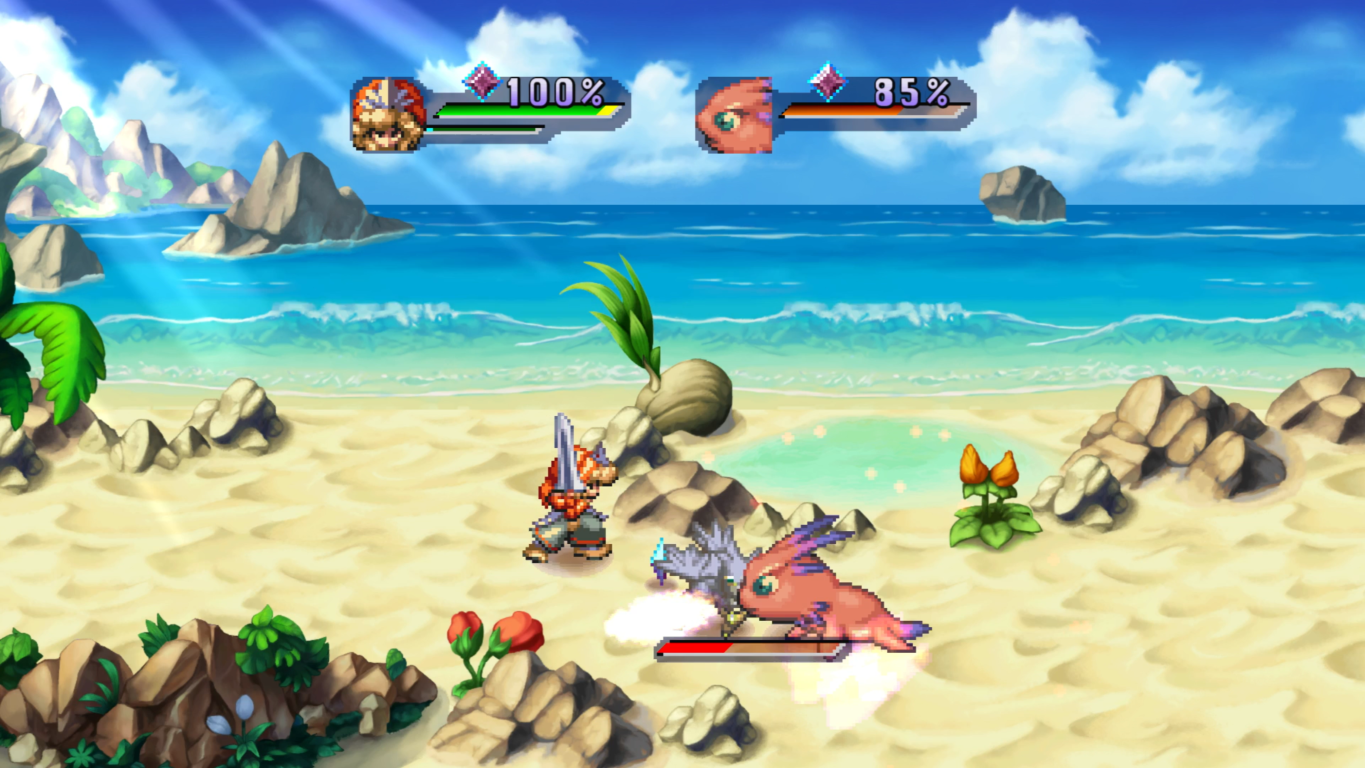 Though if you enjoy a good challenge, then I recommend you play on the “Hell or No Future” difficulty mode as it significantly spikes up the challenge in combat. While Legend of Mana’s simplicity can be attributed to its age, from my experience, it actually stems from how limited the gameplay is. While some weapons in the game are quite unique and have effective combos, like the magic staff, combat doesn’t go further than attacks and techniques, and what’s worse, the game only allows the player to have one additional party member  and a pet at a given time, which makes no sense as previous games allowed more. Aside from combat, players can also spend time with the pets they’ll acquire throughout the game and even send them out on tasks through the “Ring Ring Land” mini-game.

All in all, it feels like the game’s issues could’ve been easily ironed out with a low ambition remake rather than a remaster. However, aside from the mildly irritating aspects of the gameplay, Legend of Mana is still a delightful experience to play through. Players can now appreciate the stunning background art, the detailed and unique character designs, and the different enemy designs. This is thanks to the game’s upgraded graphics, which really makes each of the visual features pop, especially its lavishly designed and vibrant backgrounds. The game’s newly rearranged music is no slouch either, as it really invokes the classic JRPG feeling of games made during its era. 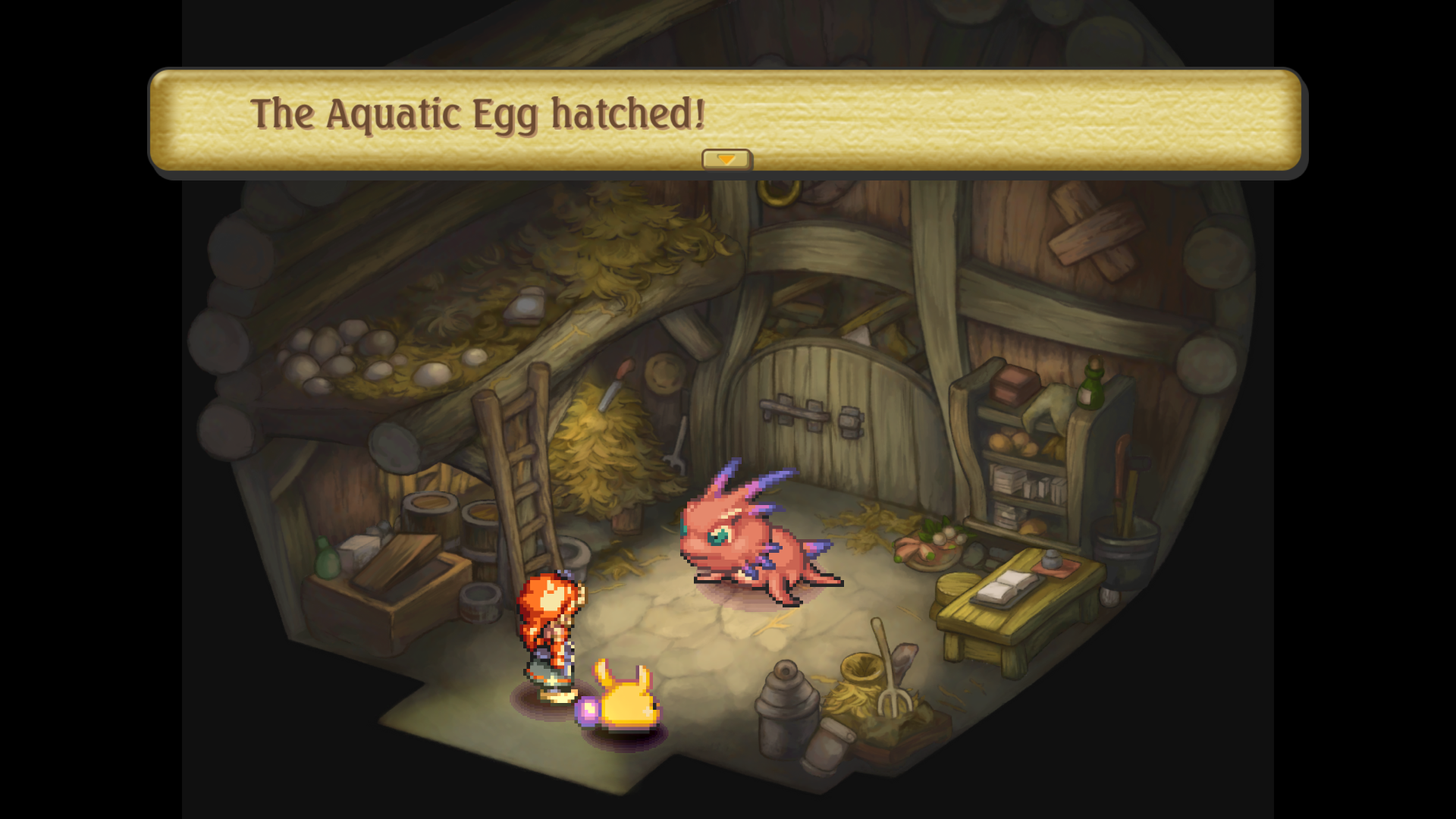 Overall, while Legend of Mana still has its fair share of issues, it’s a game I’m glad I played, especially as a fan of the series. And while more could’ve easily been done to buff up the title, Square Enix should still be credited for doing a good enough job of bringing this classical gem to the modern era of gamers.

While it feels like Legend of Mana’s issues could've been easily ironed out with a low budget remake rather than a remaster, the game was still a delight to play through and is still the hidden gem of the Mana series.

Abdul Saad is an avid gamer and computer geek. He's been writing for four years on news, reviews, previews, and more on multiple gaming sites. When he isn't writing or playing the latest JRPG, he can be found coding games of his own or tinkering with something electrical.
Related Articles: Legend of Mana
Share
Tweet
Share
Submit