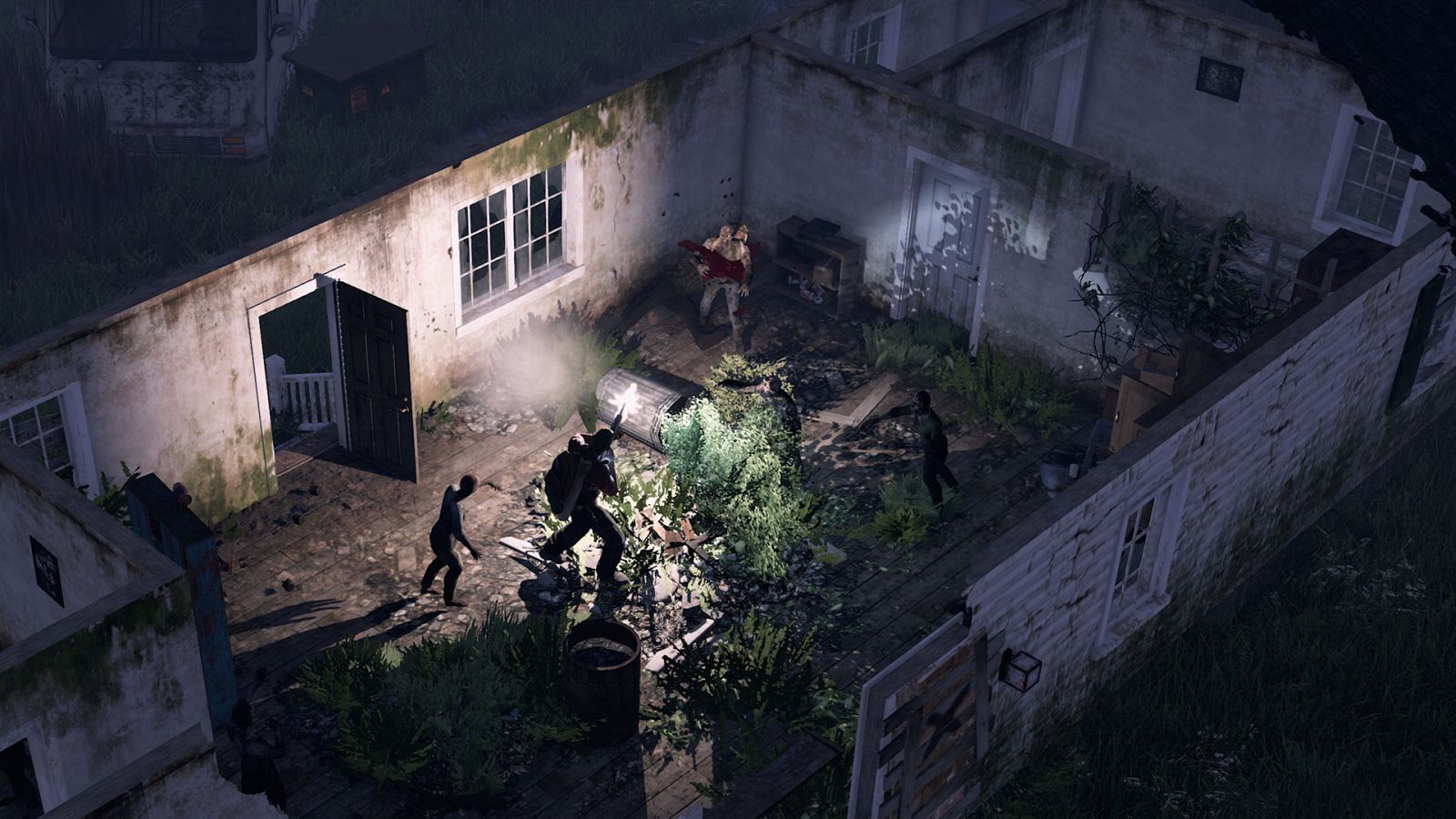 A virus has ravaged Earth, killing all but 5% of the population which appear to be immune. Those that die reanimate, infesting the Earth and forcing survivors to live in small communities blocked off from the outside world. 15 years pass as the survivors attempt to rebuild their lives while living a relatively peaceful existence, until one day those thought to be immune begin to get sick. Now, with no cure and no chance of survival, those that become sick volunteer to head out on scouting trips in hopes of finding supplies. Armed with a few weapons and a car with a beacon, these volunteers travel as far as they can, stuffing supplies into the car until ultimately the virus consumes them – the car is then picked up by the colony and returned, before another volunteer heads out to continue the mission.

Sure, the zombie genre is nothing new, but there’s a reason so many games use these types of stories as backdrops – people love killing zombies. With The Last Stand: Aftermath being a rougelite, it makes great use of the story by providing an interesting backdrop as to why your characters keep heading out on suicide missions, and provides players with a colony to care about – knowing that each trip brings home just a few more upgrades to the colony, and allows the next volunteer to head out better equipped for the journey. 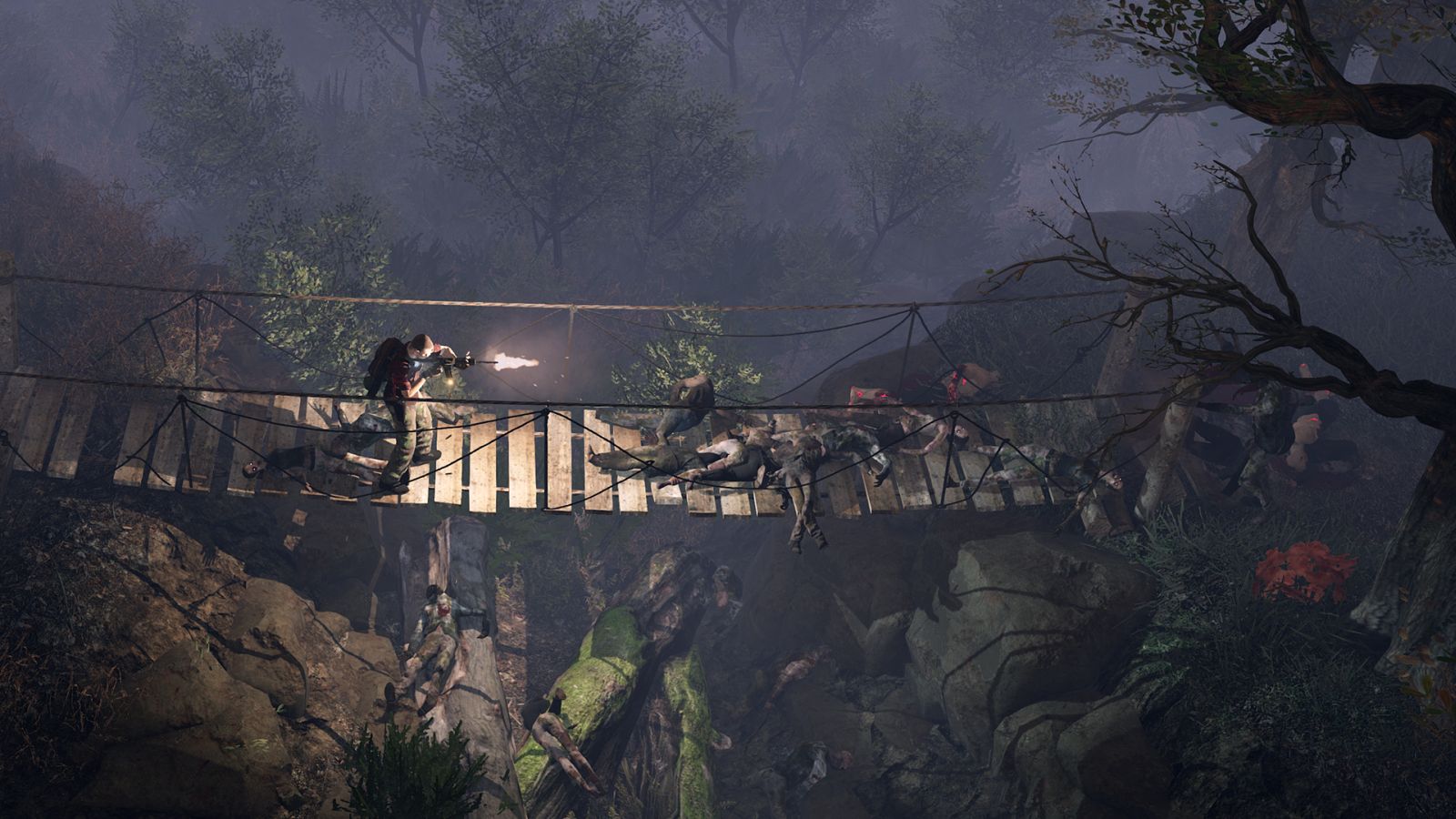 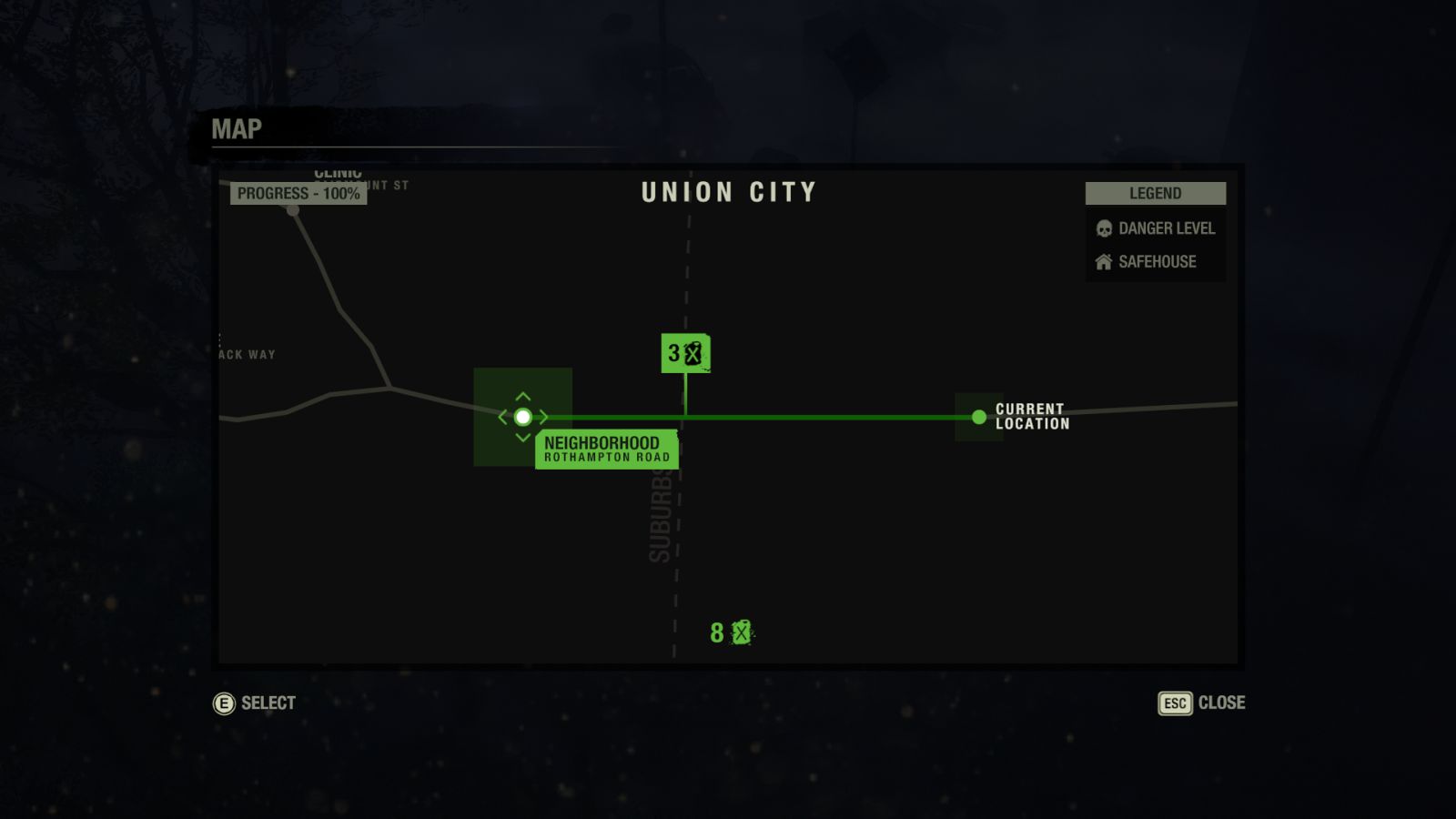 The Last Stand: Aftermath has players participate in a series of runs, each lasting anywhere from a few minutes to an hour, as they attempt to survive and explore as much as possible. The car you are given is prone to engine troubles, which must be repaired throughout the journey, while a lack of gas prevents trips from lasting too long before the volunteer must venture out into the wild to find more fuel to continue. A map provides you with the various stops you can make, as well as detailing the difficulty level of the area and how much fuel the trip will consume, and players are welcome to tackle their road trip however they want – provided they have the supplies. Upon arriving at a destination you must search houses, abandoned buildings, basements, complexes, and more to collect scrap, supplies, crafting materials, weapons, knowledge, and to unravel the story of the world crumbling around you.

Supplies and Knowledge are the two most important items to obtain, as they are used to unlock permanent upgrades or new weapons and items for your runs. Knowledge is gained from discovering items linked to the past; this knowledge can then be transferred via radio back to your base and used to unlock permanent upgrades which will pass on to every subsequent volunteer. Supplies can be found either as bags that you must take back to your car, or large caches which you must set a beacon on for your colony to collect. Back at your base you can then use the supplies collected to unlock new starting items or new items which will randomly appear during your run. 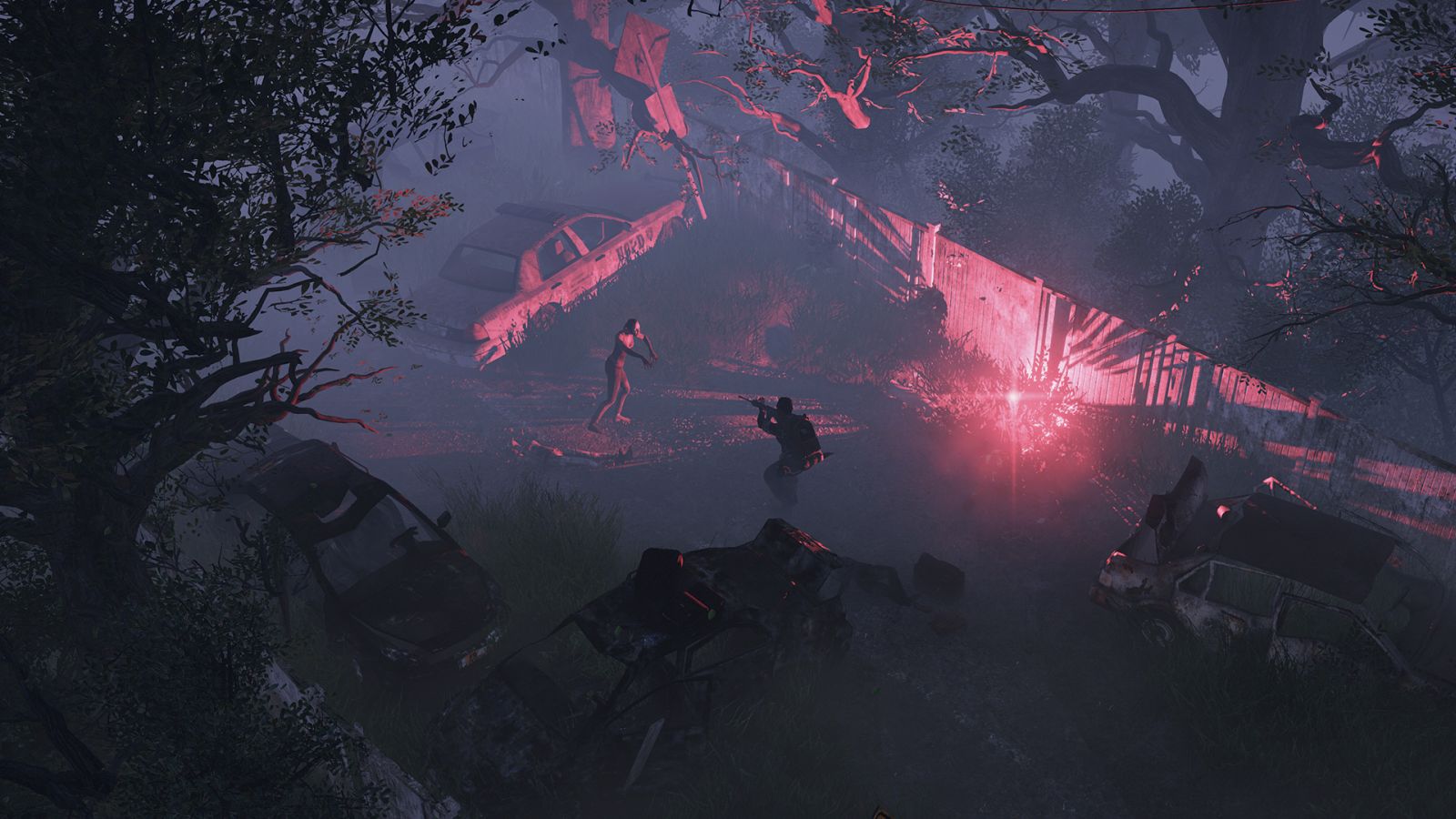 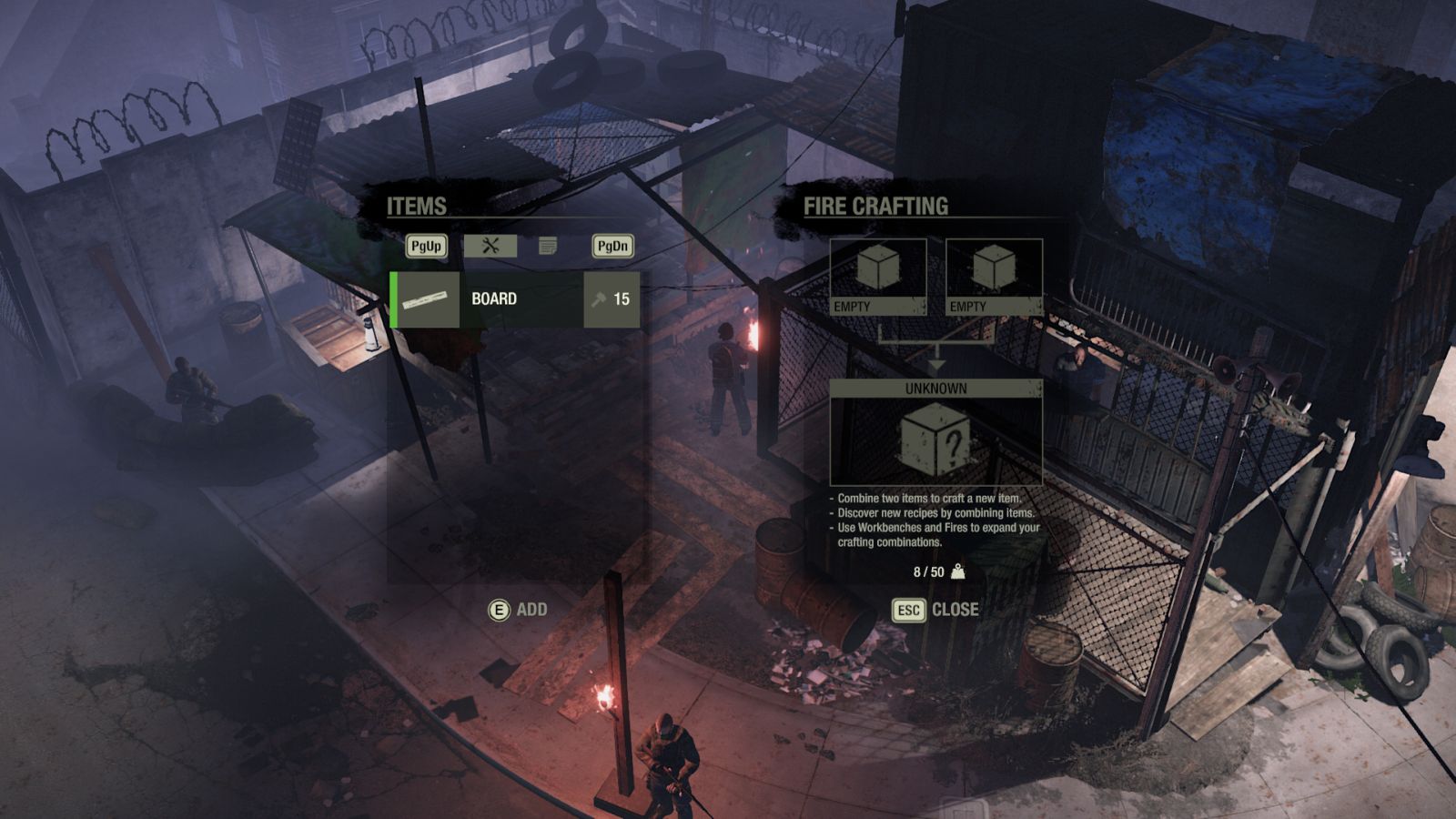 Not all items can be found, as many times you will need to craft items to survive. Workbenches and fire barrels are scattered throughout and can be used to upgrade weapons, combine herbs, or mix items together to create new recipes. These newly created items may be anything from a Molotov cocktail, to an herbal supplement which restores your health or stamina. Players are urged to mix and match items to discover recipes on their own which are then passed on to future volunteers for use during their runs.

While surviving the onslaught of enemies and traps hidden throughout each run is hard enough, runs are exasperated by your ever growing infection. As time passes the amount of the virus in you will gradually tick up, whittling down your health bar. Death is inevitable, but the virus slowly creeping into your bloodstream comes with both good and bad side effects. As the virus overtakes a bar of health it will offer the player one mutation out of a choice of three – these mutations may allow you to hit harder, take more damage, or move faster – but many times will come with a drawback such as reduced stamina. Each time a bar of health is consumed a new mutation can be added, until you either die from the virus fully overtaking your health or from enemy attacks. 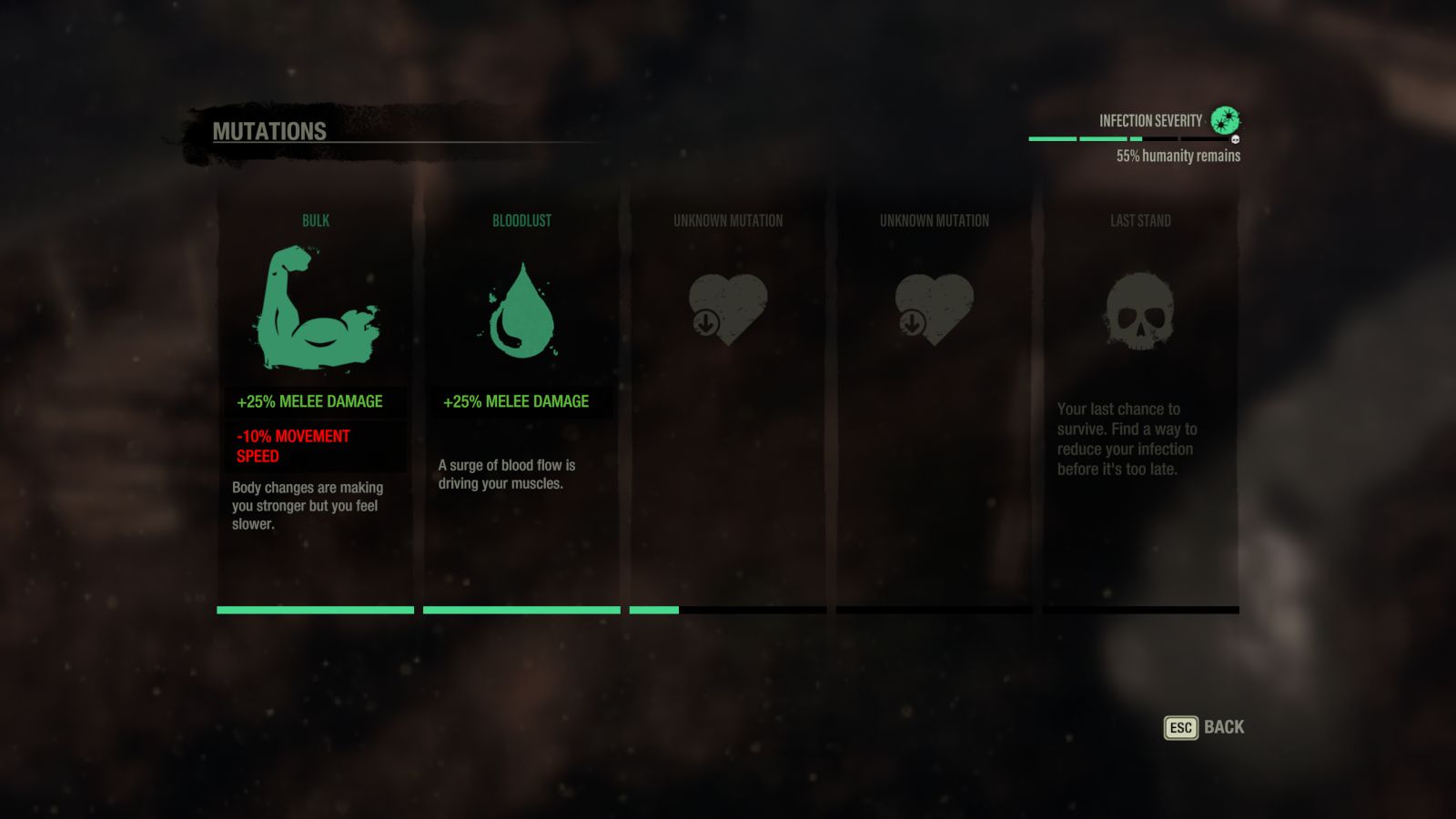 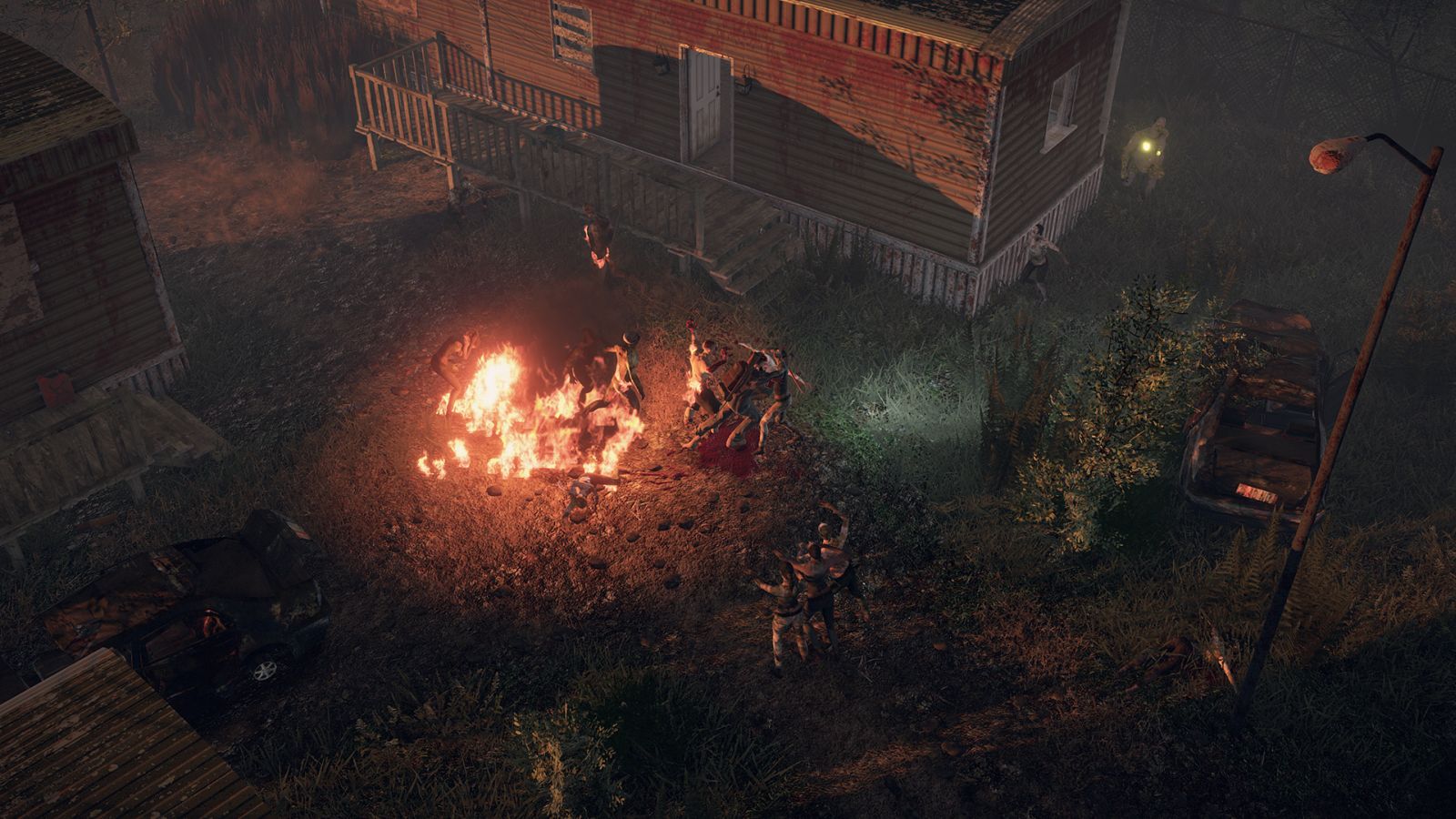 Volunteers are given an autoinjector and one dose of antiviral at the start of each run. Injecting the antiviral will prevent the virus from spreading for a set amount of time, but cannot help you regain health already lost to the virus. Various H.E.R.C. (Homeland Environmental Risk Control) Comm Stations scattered throughout will often contain another dose of the antiviral, but surviving long enough to find a dose can prove difficult. Alternatively, volunteers can inject themselves with infected blood to speed up the virus, gaining mutations but losing health. Players will face a constant battle between slowing down the virus, finding enough supplies to further upgrade the survivors, and solving the mysteries of the world and why the virus has suddenly begun killing people again.

Volunteers can be killed easily on runs, but do have quite a few items at their disposal to survive, although sneaking is often the best answer as there are far more enemies than you’ll be able to dispatch in a run. Melee weapons include boards, knives, wrenches, ball bats, and even axes, each with a set durability which will cause the weapon to break after extended use. Weapons include anything from a basic gun to sniper rifles, machine guns, shotguns, and more. Ammo is hard to find, so switching between weapons constantly is a necessity. Adding to the sense that you are never safe is the amount of time it takes to consume any item or to reload your weapon. It is foolhardy to run head first into any fight, as the few seconds it takes to heal or reload can often spell your death. Instead, fights are best planned in advance, placing as many obstacles between yourself and your enemies as possible in hopes of providing you with an advantage. 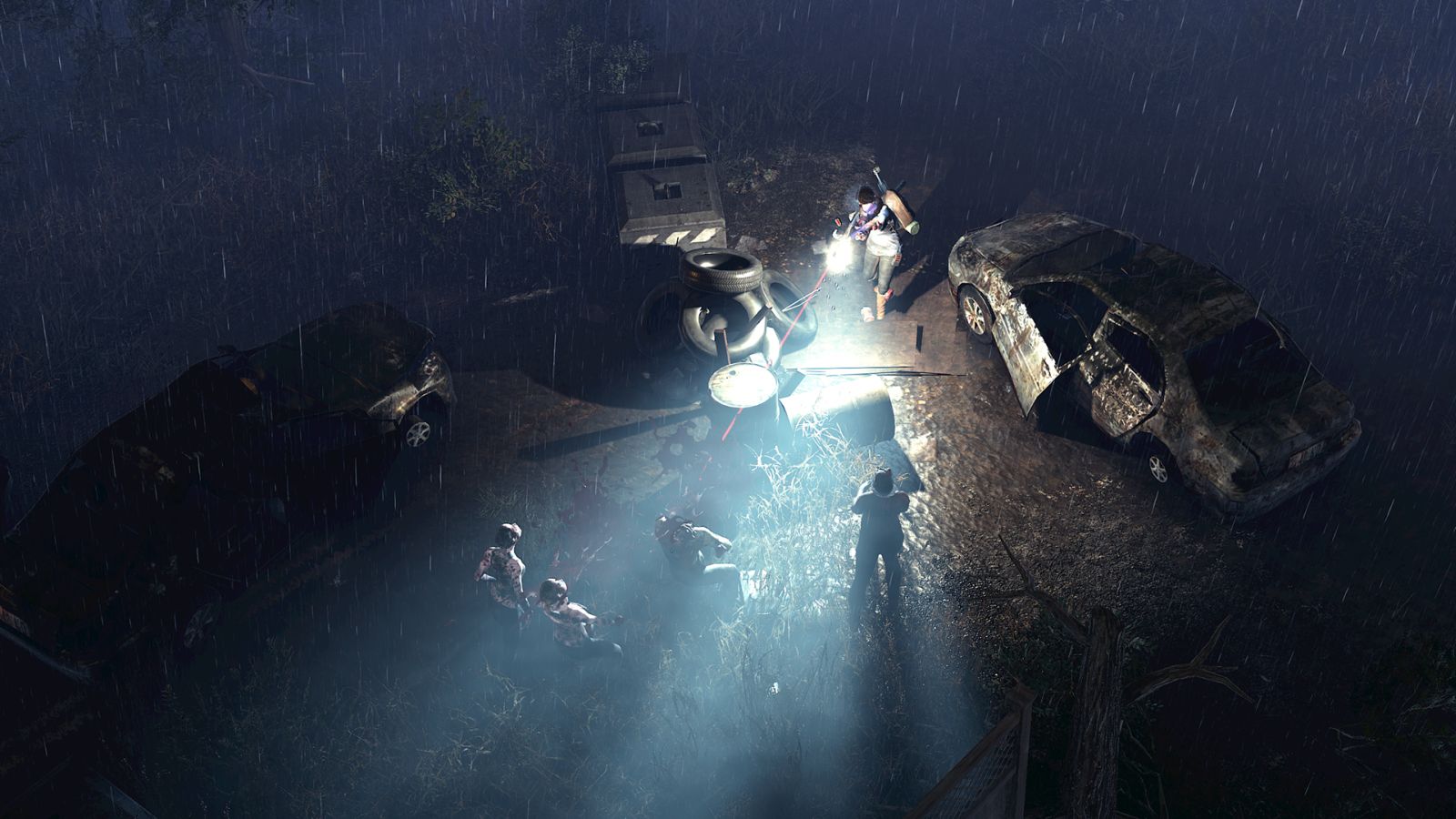 While repetition is key to rougelites, The Last Stand: Aftermath unfortunately seems to reuse quite a few assets, or at least has placed multiple similar buildings throughout the map, taking a bit of the fun out of the exploration. Thankfully, this is remedied as you progress further out in the map and deal with more complex and interesting scenarios, but still does make the early runs a bit repetitive. Additionally, the game is dark – there are no brightness settings that I could find and I didn’t manipulate my TV in any way from my settings used for other games, but I ended up in some areas where I could not see enemies or traps at all and often had to use my gun for bursts of light. While this adds to the tense nature of surviving, it also makes for a few cheap deaths. I did occasionally notice graphical glitches, mainly in an area with a stream of water that seemed unable to load correctly, and while browsing the supply depot multiple items would show me a name, but display the icon and description of another item, making it hard to be sure what I was purchasing.

Minor gripes aside, I greatly enjoyed my time scouring The Dead Zone and beyond the wall hoping to find a cure for the virus slowly mutating me. Crafting and exploration is fun, while killing hordes of the undead remains fun throughout. The thrill of finding new knowledge or supplies and unlocking new abilities or items is constant, pushing players to complete “just one more run…”

The Last Stand: Aftermath is a rougelite with a unique concept which keeps each run feeling fresh. Each character, despite having nearly no dialogue, still feels distinct and gives you the sense that each volunteer who sacrifices their life in the name of the community is important. As you progress and unlock new and better equipment and upgrade your survivors, runs will become longer and unveil new story beats, constantly keeping players pushing to unlock the next upgrade, find the next supply cache, or uncover more of the world’s lore.

Richard Allen is a freelance writer and contributing editor for various publications. When not writing for Gaming Trend you can find him covering theatre for Broadway World, movies and TV for Fandomize, or working on original stories. An avid retro gamer, he is overly obsessed with Dragon's Lair. Chat with him via @thricetheartist on Twitter and @richardallenwrites on Facebook and Instagram.
Related Articles: The Last Stand: Aftermath
Share
Tweet
Share
Submit