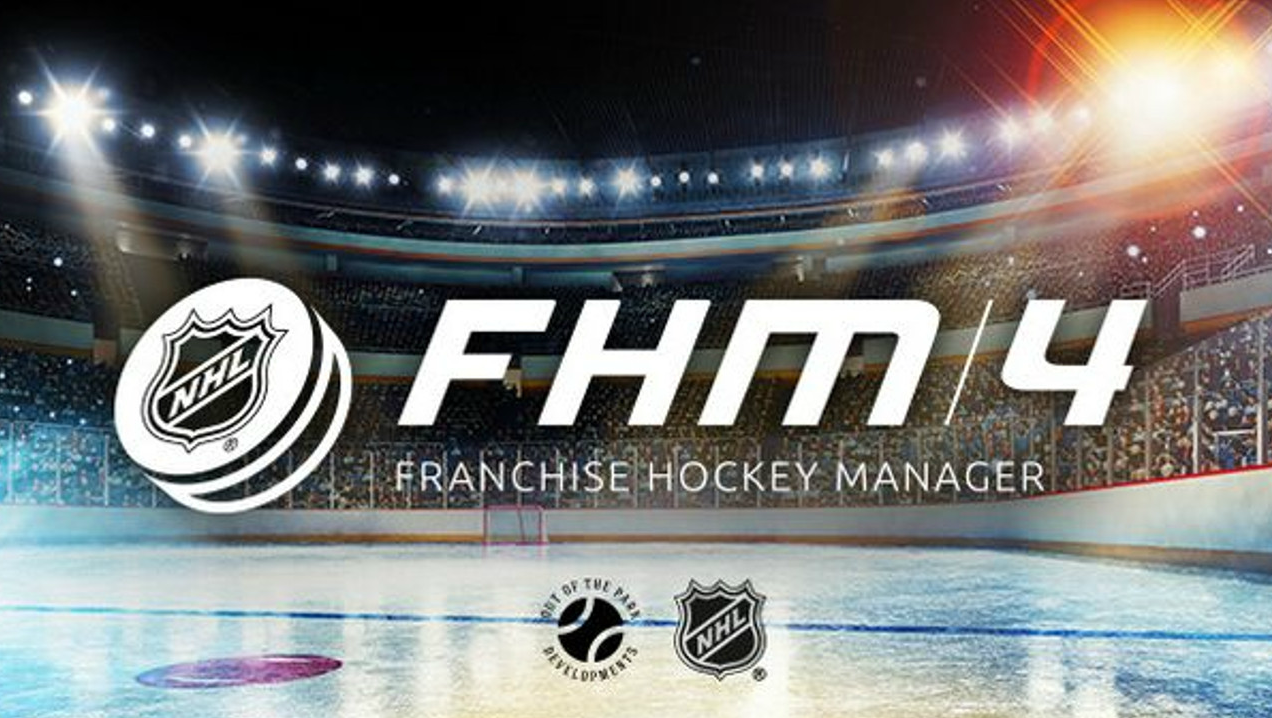 Franchise Hockey Manager 4 has arrived, and is every bit as polished and proficient as you would expect for all games in the Out of the Park Developments umbrella. Sports games, or any games that are released as series, are expected to improve version to version to justify buying a new one each time a game arrives. How does a text based game, intended as a long term gaming experience entice someone to buy again and again?

Franchise Hockey Manager 4 has improved from the last iteration, but I can’t determine much of a difference from version to version at this point. There is very little to say about a game already so high in quality, making small tweaks that result in basically identical gameplay from the last version that isn’t tepid praise. Beside that, FHM4 is still a fantastic product of high quality, but has a few problems with balance and simulation accuracy that appears to be a fall back from the last version’s accuracy.

FHM 4 is a sports simulation game, which means you focus entirely on the day to day operations of the team, as opposed to the games themselves. You spend all of your time setting lineups, moving players around on your team or through the league, and making key decisions game to game to allow for the growth and success of your franchise. There is a deep strategy in finding the right players, lines, and tactics, and the nuances of your choices are clearly evident in the success or failures in your team.

FHM 4 is another step forward in the franchise’s history of being highly customizable and manipulable to your whims. At the game level, not much has changed, but there is already such a wide swath of control as the coach and general manager that there isn’t much more they could improve. OOTP Developments added postseason awards, number retirements, and some other small tweaks, which are all nice but minor improvements.

With the custom leagues, however, FHM 4 has taken a big step forward, allowing for fully customizable leagues as opposed to templates as in the past. This function allows you to add potential leagues that are not in the game, be they your local YMCA league, state sports leagues, or some other fantasy league you’ve dreamed up. You can do all of this with much more exactness and choice. A “wizard” guides you through the process or creating the league, the teams, and the other options, making this also surprisingly simple and quick.

The game has also come with several updates to the real-world teams and rosters that it boasts, adding in the new players and changes made to teams for the 2017-2018 season. FHM 4 also allows you to start as the expansion squad, the Las Vegas Golden Knights, and go through the expansion draft process as them as well.

In addition to the new, FHM 4 also celebrates the history of hockey, through its historical mode (now available back to 1917) and the new “Historical Challenges”, which are 30 new real-life challenges with each NHL team, tasking you with matching or besting some feat from each team’s past. I prefer the former, as it allows you to choose any team and set your own tasks, but the latter offers a nice specific challenge and also a considerably shorter game experience.

This isn’t all of the new additions to the game, but overall each and every small improvement undoubtedly does add up to a better Franchise Hockey Manager experience. Only one portion of the game seems to have taken a step back, but it is potentially important: the accuracy of game simulations.

There is a general pattern across all games that I play, regardless of the team, strategy, or my own general manager stats, in that I have incredibly lower “shots taken” output and always end up with large losses against narrow wins. It seems this issue is far more prevalent when you actually play the game, as opposed to sim it outright, and I also find that there is far more randomness between the outcomes of a single game, if simulated several times.

I can’t say with certainty, but it seems that these outcomes are far more unpredictable than any other FHM game in the past. To an extent this is good, but when it is so constant and so varied it feels a little like just rolling dice. FHM 4 certainly leans far more towards the former than the latter, but the regression is noticeable. Much more concerning is the lack of variance I experienced trying to make a team to take an appropriate number of shots.

No matter what I tried, nothing would ever change in that department, and my opponents would end up taking 5-6 shots for each one of mine in every single game. To an extent this could be my inability to play well, my own shortcomings showing up as a mirror to a problem that doesn’t exist. On the other hand, the multiple teams, styles, players, and setups that I employed all leading to similar outcomes tells me it is something a bit deeper.

As for the layout of the game, I will say there are some now signature benefits and drawbacks to note for all Out of the Park Development games, present again in FHM 4. The menus are easy to navigate for the most part, and the pages stack, meaning you can use a back button to get out of a wrong selection. The only issues I have are with some of the selection options, due to the fact that everything is a link to another page. It can be difficult at first to figure out how to make the choices you actually want, as opposed to being sent to a page you do not want to go to.

Franchise Hockey Manager 4 is the latest and perhaps greatest of Out of the Park Developments high quality hockey management simulator. There are a handful of improvements over the last release, and all updates to the current season as included as well. Despite some accuracy issues with simulation, and some confusing navigation, FHM 4 is a strong release, but with few must-have changes for even a dedicated player.

Patrick Rost has been with Gaming Trend since 2013. At first focused on sports coverage, Patrick has gone on to cover a wide range of games and other products for the website. Outside of Gaming Trend, Patrick writes and records music, grinds perpetually in Elder Scrolls Online (PS4), and lives day to day with his two dogs, Bob and Stella.
Related Articles: Franchise Hockey Manager 4
Share
Tweet
Share
Submit