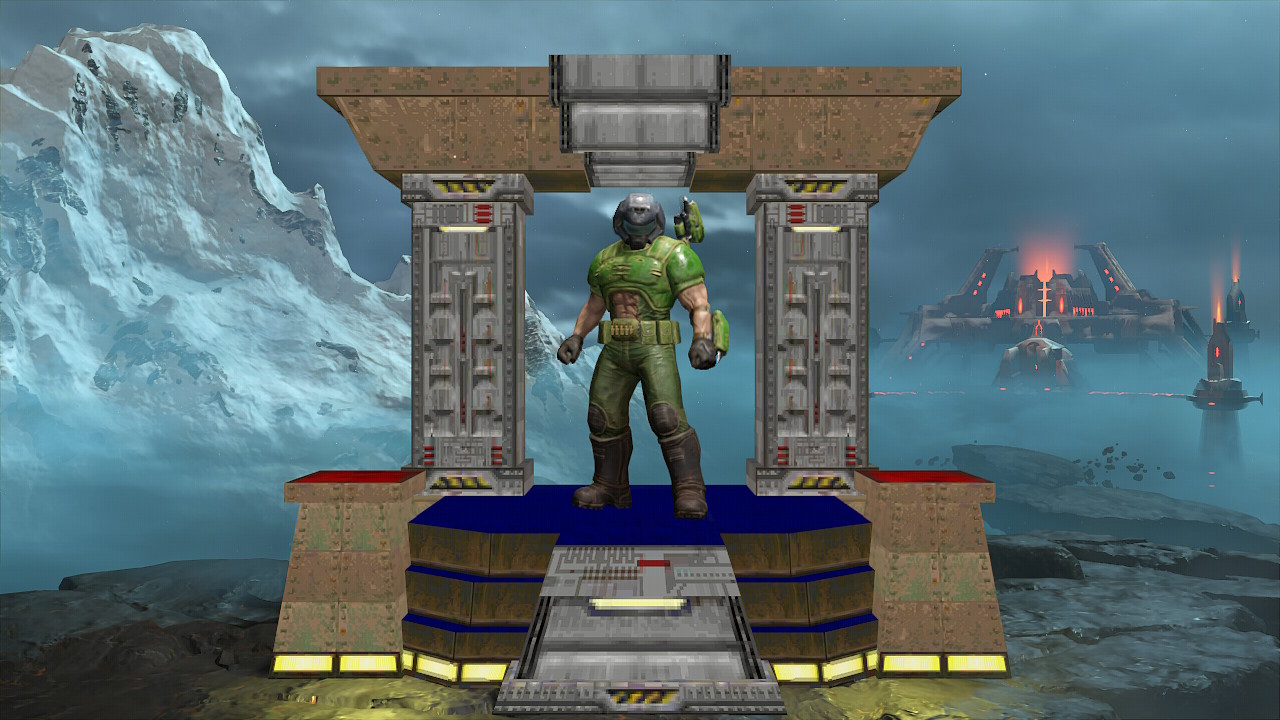 It is written that humanity will be saved from an invasion of demons by just one man. His unstoppable rage shall be our salvation. He is known as The Slayer, or more commonly… Doom Guy.

DOOM has been around a long time, and I’m ashamed to admit that it took me this long to actually play a game in the series. I had dabbled with the 2016 release on GamePass a bit, but never finished it. It was only black friday this year that I saw the original DOOM for $2 on the Switch eShop and let me tell you something you probably already know: they don’t make shooters like this anymore. Well, obviously they DO with DOOM 2016 and now DOOM: Eternal, but you get the idea. While most games in the genre have focused on cover shooting or multiplayer, DOOM is hectic and fast paced – if you stand still for even a moment you’re dead. Demons of all kinds come at you fast too, so you need to think quickly and use every weapon at your disposal to survive like the Glory Kills to replenish your health, a chainsaw to get some ammo, and a myriad of guns and mods for any situation. You can read Austin’s review here, as I pretty much agree with him (except on the Blood Punch – it’s awesome). This is up there with Titanfall 2 as one of the best shooters in recent memory, and being on the Switch makes it that much better.

While this isn’t the prettiest version of the game out there, the art direction still shines through with gorgeous levels and tons of secrets to find in every nook and cranny. The game targets 60 frames per second both docked and in portable mode, and though it can dip in more hectic encounters I was surprised at how well the game performed a majority of the time. Unfortunately, during cutscenes the framerate is cut in half to get better looking visuals that honestly don’t look that much better. I would have preferred a constant 60 but it’s not much of a problem, though very noticeable.

As far as I can tell, everything from other versions of the game is here – the full campaign, the multiplayer, cheats, skins, guns, everything. There are two advantages to playing on Switch though: portability and motion controls. While Eternal isn’t the best suited to playing out and about since levels are lengthy and each encounter can take multiple tries, it’s still nice to be able to slaughter demons in bed. It doesn’t consume all that much battery life as I would have expected either, with the game looking as good as it does. Motion controls are likewise excellent, I don’t think I can go back to shooters on console without this feature. While the auto-aim and hitboxes are fairly generous, being able to make minute adjustments to my aim simply by tilting the controller was a god send. All together, the people over at Panic Button must be wizards because this port is incredible. 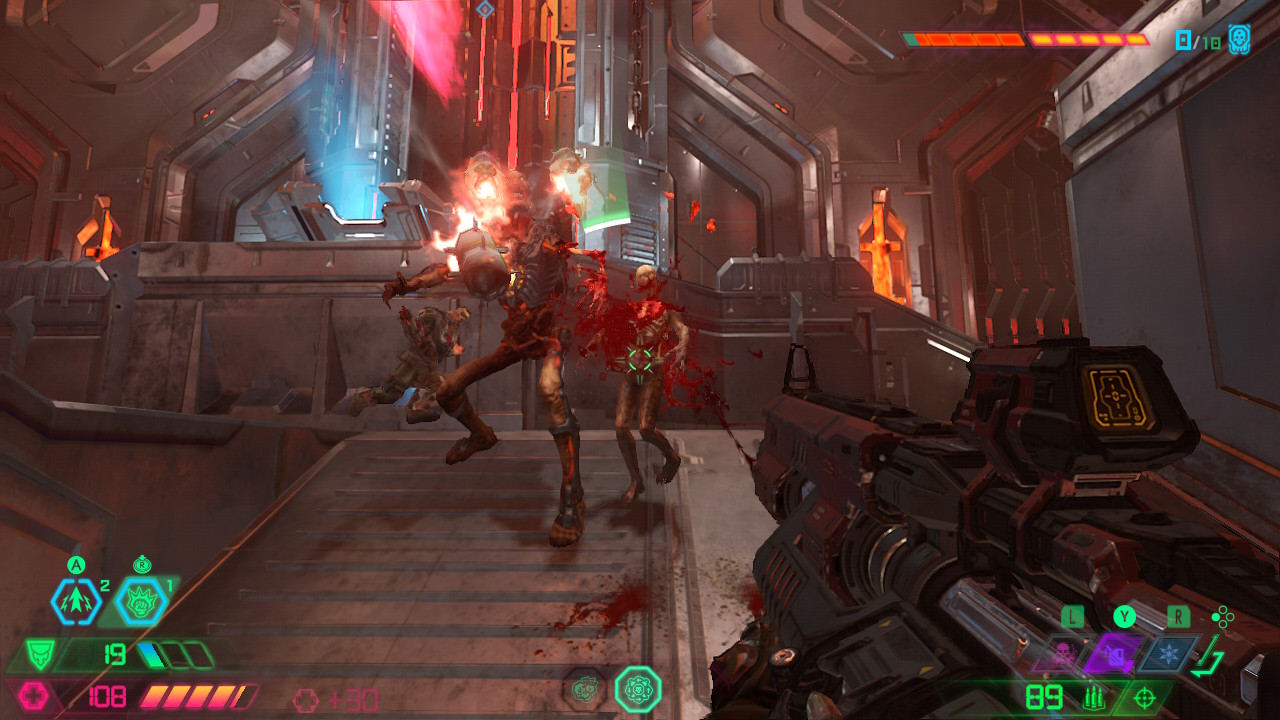 However, there are a few blemishes on this otherwise fantastic game, namely in visual clarity. First off, the font is just too small, especially in portable mode. I had to frequently use the Switch’s built in zoom function by double tapping the Home button to read any text besides subtitles (which you can adjust the size of). Even in docked mode the text is almost unreadable if you’re not right up against your television. This made the already cumbersome tutorials more frustrating, since they tell you exactly how to defeat each demon type instead of letting you figure it out yourself. Those enemies can be difficult to discern from one another in more populated encounters too, thanks to the reduced visual quality, and the game could use some color coding to make the weaker demons stand out from the rest so I’m not constantly trying to chainsaw a slightly stronger one. If you can get past those two issues though, this is a fantastic way to play an already excellent game.

DOOM: Eternal on Switch may not be as pretty as its PC or other console counterparts, but the trade off is well worth it for the portability and motion aiming.

David is the kind of person to wear his heart on his sleeve. He can find positives in anything, like this is a person who loved Star Fox Zero to death. You’ll see him playing all kinds of games: AAAs, Indies, game jam games, games of all genres, and writing about them! Here. On this website. When not writing or playing games, you can find David making music, games, or enjoying a good book. David’s favorite games include NieR: Automata, Mother 3, and Gravity Rush.
Related Articles: DOOM Eternal
Share
Tweet
Share
Submit