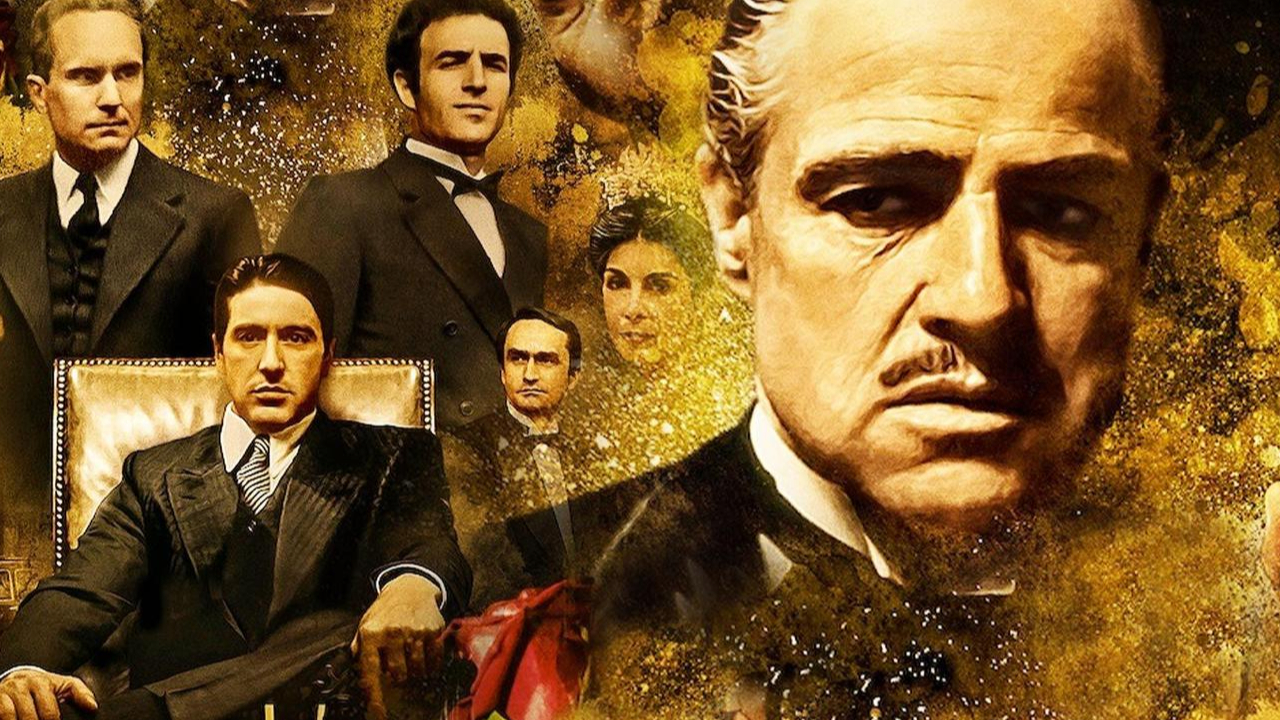 The Godfather is such a timeless classic that it’s hard to believe that it was made in 1972. It aged so gracefully, launching the meteoric careers of so many young actors that it feels like this movie is equal part opus and talent incubator. Marlon Brando, Al Pacino, James Caan, Diane Keaton, Robert Duvall, Abe Vigoda, and Talia Shire are just the tip of the talent iceberg, and with Francis Ford Coppola writing the screenplay and as Director, this movie is the perfect storm. The sequel managed to do the impossible, nearly measuring up to the first film. The third film is widely considered to be the worst of the three, but even then, it’d be hard to call it bad. Now, thanks to some absolutely mind-blowing restoration work, we get to experience this trilogy in 4K, with a fully restored soundtrack to bolster it. Time to set aside a staggering 7 hours and 14 minutes.

The opening scene of The Godfather is a masterclass in controlling color and light. The sepia tones mixed with deep black, orange, browns, and yellows combine for a color palette that compliments the warm earth tone of the wood paneled room. With Dolby Vision HDR and HDR10 on display, Cinematographer Gordon Willis’ work is brought to life once again. There’s no sign of digital smoothing, color tinkering, or image quality problems to be had here. I wasn’t alive when this movie played in theaters, but I have to imagine it looked exactly like this. I’ve owned this movie trilogy on VHS, DVD, BluRay, and now on 4K Blu-Ray. It’s phenomenal to see this movie evolve over and over. At this point, I’d be hard pressed to see how they could be any better than this. It’s as if it was filmed yesterday on the best possible technology – this truly is the ultimate version of these films.

While the second film was released in 1974, and the third in 1990, they’ve also received the same retouch work. Since I watched them back to back over one marathon weekend, I got to see them all in close proximity. It’s clear that Gordon Willis paid a great deal of attention to ensure that, despite the huge time delta between them, the films carried a similar look and feel. With this 4K restoration, he succeeds in that goal.

One of the things I appreciate about this trilogy is the careful hand at the tiller when it comes to setting and lighting. When Don Corleone meets with Virgil Sollozzo, it’s in an office full of windows. Light streams in, but only Salvatorio Tessio and the Don himself really catch any of that light in the scene. The rest of the crew is clad in black tuxedos having made their way over from Connie Corleone’s wedding. This scene showcases the cunning of Don Corleone, but it also shows some incredible work with light and shadow. Similarly, when Michael dispatches that same Sollozzo & his corrupt Police Captain lackey McCluskey. Michael has the window at his back, illuminated by the red neon sign for Louis’ Italian-American Restaurant. Michael retrieves his pistol from the bathroom and returns to the table where he guns down the pair, adding some red of his own to the room. It’s violent poetry, delivered without the slightest bit of color bleed or fuzziness, if you’ll excuse the pun. 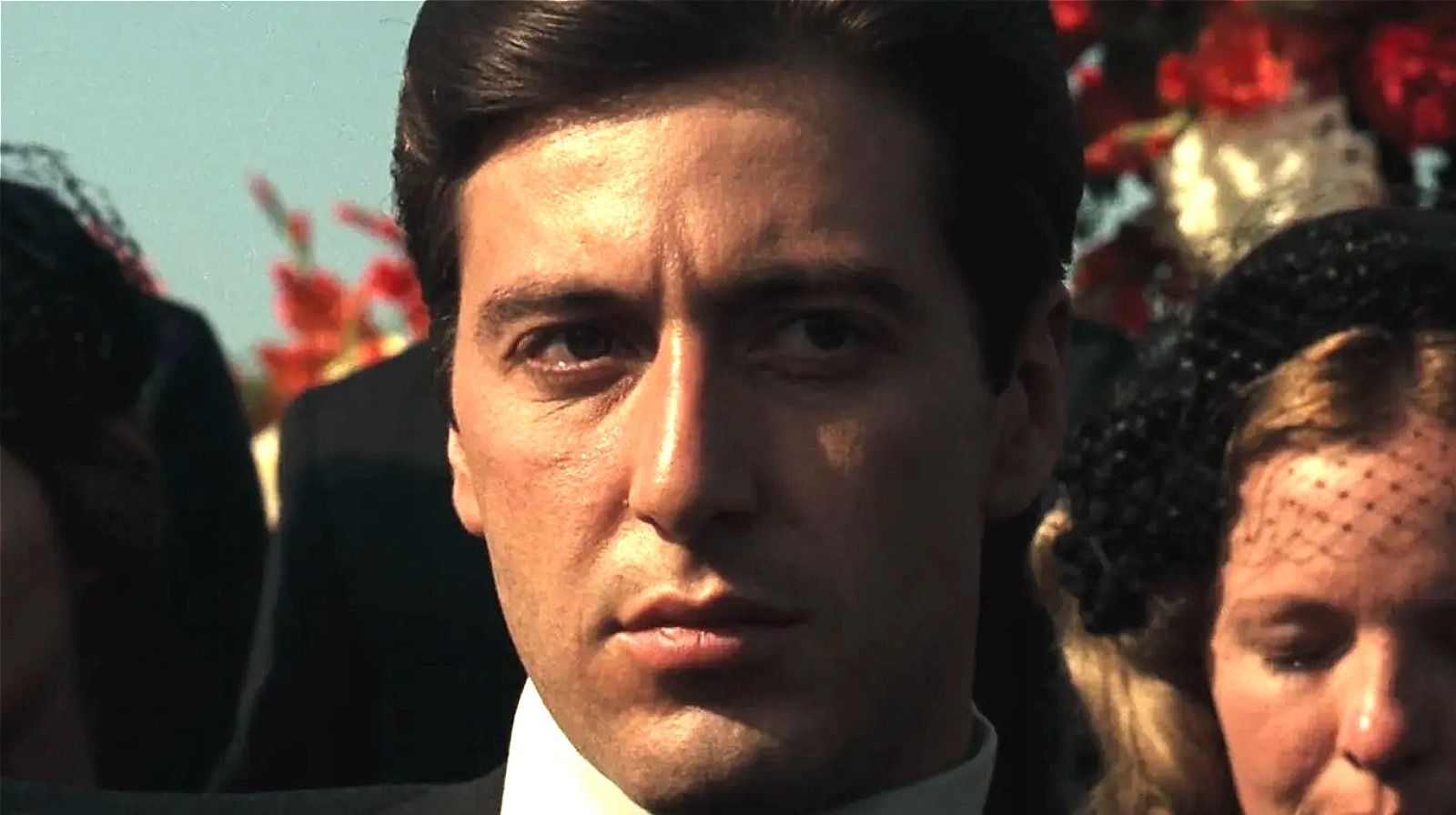 The Godfather Part II gets love similar to its predecessor, and that’s clear from the first moments of the film. Opening on the dusty slopes of Corleone Sicily, the cacophony of the brass funeral dirge, we see Willis’s color work, as well as Copella’s perspective and wide shot work on display. Once again we see the dark and light contrast as the family pays their respects to Don Ciccio. Doing a direct comparison between my Blu-Ray copy and this new 4K version, it’s clear just how much work has been done. The general bloom and blurriness has been removed, leaning heavily into the aforementioned color pallet. The clarity is astounding.

The third film, The Godfather: Part III was filmed sixteen years after the previous movie, and we see the same quality and sepia tones. Though it wasn’t formally recognized as such at the time, we see a lot of Bokeh lens work, and at least some of the same color contrasts in scenes like Vincent Mancini getting physical with some thugs in his red robe. Even to this day I’m floored that Gordon Willis never managed to score an Oscar for his work on this trilogy.

All three films come with the original lossy mono Dolby Digital track (a surprise inclusion as I doubt many will use it, but a welcome one for purists) as well as a Dolby TrueHD 5.1 track. The mix is clean and well-balanced, with the center track working hard to ensure every syllable of the voice track in this movie is heard. That’s critical when you’ve got guys like Marlon Brando in your film as he tends to operate on the quiet side. 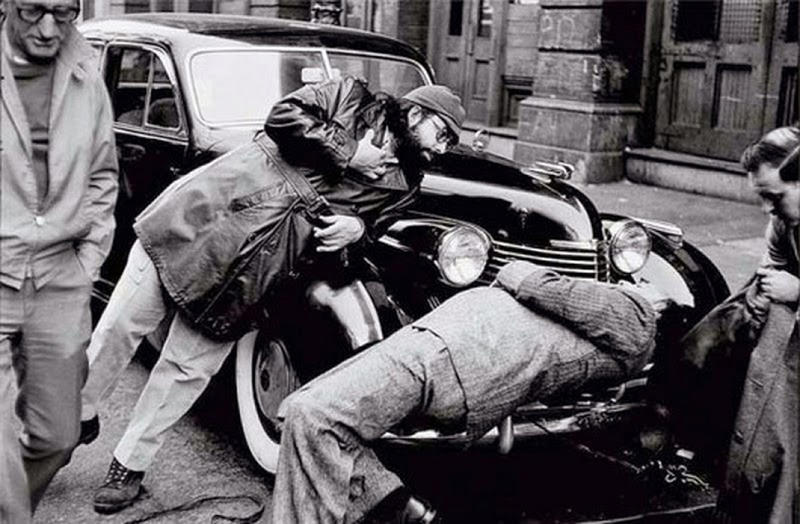 Have you ever heard of the movie The Sleuth? Of course you haven’t. Well, that movie picked up the win when the Academy Award was revoked when it was found that Rota had used a portion of the love theme for The Godfather in another film he’d scored called Fortunatella in 1958. The nomination was passed to The Sleuth, which subsequently lost, and Nino Rota was robbed without so much as a cannoli. Thankfully this was rectified a few years later with the sequels. Rota’s magnificent score is the cool breeze across Italy. It is the warm baked bread in every restaurant. It is the acrid gunpowder in every conflict. It’s perfect.

There are a number of features that have been seen on other versions of these films, including Godfather World, The Masterpiece that Almost Wasn’t, and …When the Shooting Stopped. All of these (and there are quite a few) are included, making this a true completionist’s dream. For this 50th Anniversary edition, the Paramount team also put together five new pieces of bonus content. The first feature, entitled Full Circle: Preserving the Godfather, is an eye-opening piece showcasing the restoration work on this film that I mentioned above. This pairs nicely with a pair of features that show the scan element comparisons for the first two films, both coming in at just over 5 minutes.

At nearly 17 minutes, Full Circle: Preserving the Godfather talks about the incredible amount of work that went into resurrecting this title in glorious 4K. The team spent over 4,000 hours repairing the various scratches, tears, stains on the film and other issues with the negatives, going through every single frame to scrutinize the quality. With the frames that needed work marked, they combed through over 300 cartons of original film stock to find the best version of each scene before going through the lengthy repair process. With all of that complete, the team then put in another 1000+ hours on the aforementioned color correction. Francis Ford Copella oversaw all of this fantastic work to ensure it matches his original vision, and if the end result is any indication, this truly is the ultimate edition of these iconic films.

The Godfather Featurette: Capturing The Corleones Through the Lens Of Photographer Steve Schapiro

Capturing The Corleones is a bit of a surprise as it’s a behind-the-scenes look at the iconic photography for the film. Steve Schapiro, who passed away in January of this year, sadly didn’t get to see this homage to his incredible work. Schapiro was able to capture the incredible cinematography, but in stills, and his work lives on to this day. Even better, we also get to see a ton of candid shots like Marlon Brando playing piano between takes, and his painstaking hours in the chair getting his facial prosthetics.

I’ve gotta call out Paramount for a lack of resume functionality. These movies are long, and you might not watch them in one session, so having the ability to pick up where you left off becomes important. Frankly, it’s a feature that should be on any movie, but felt especially when you are jumping into nearly 8 hours of cinematic masterpiece. Life happens – let us jump back in where we left off, please.

The Godfather trilogy, yes even the last one, is a magnificent piece of cinematic history. They would inspire the collective works of directors, producers, photographers, colorists, and would-be directors for generations to come. In this 50th Anniversary release, we see the films painstakingly restored and enhanced. It truly is the ultimate version of the films, and an offer you shouldn’t refuse.

Ron Burke is the Editor in Chief for Gaming Trend. Currently living in Fort Worth, Texas, Ron is an old-school gamer who enjoys CRPGs, action/adventure, platformers, music games, and has recently gotten into tabletop gaming. Ron is also a fourth degree black belt, with a Master's rank in Matsumura Seito Shōrin-ryū, Moo Duk Kwan Tang Soo Do, Universal Tang Soo Do Alliance, and International Tang Soo Do Federation. He also holds ranks in several other styles in his search to be a well-rounded fighter. Ron has been married to Gaming Trend Editor, Laura Burke, for 21 years. They have three dogs - Pazuzu (Irish Terrier), Atë, and Calliope (both Australian Kelpie/Pit Bull mixes).
Related Articles: The Godfather Trilogy
Share
Tweet
Share
Submit