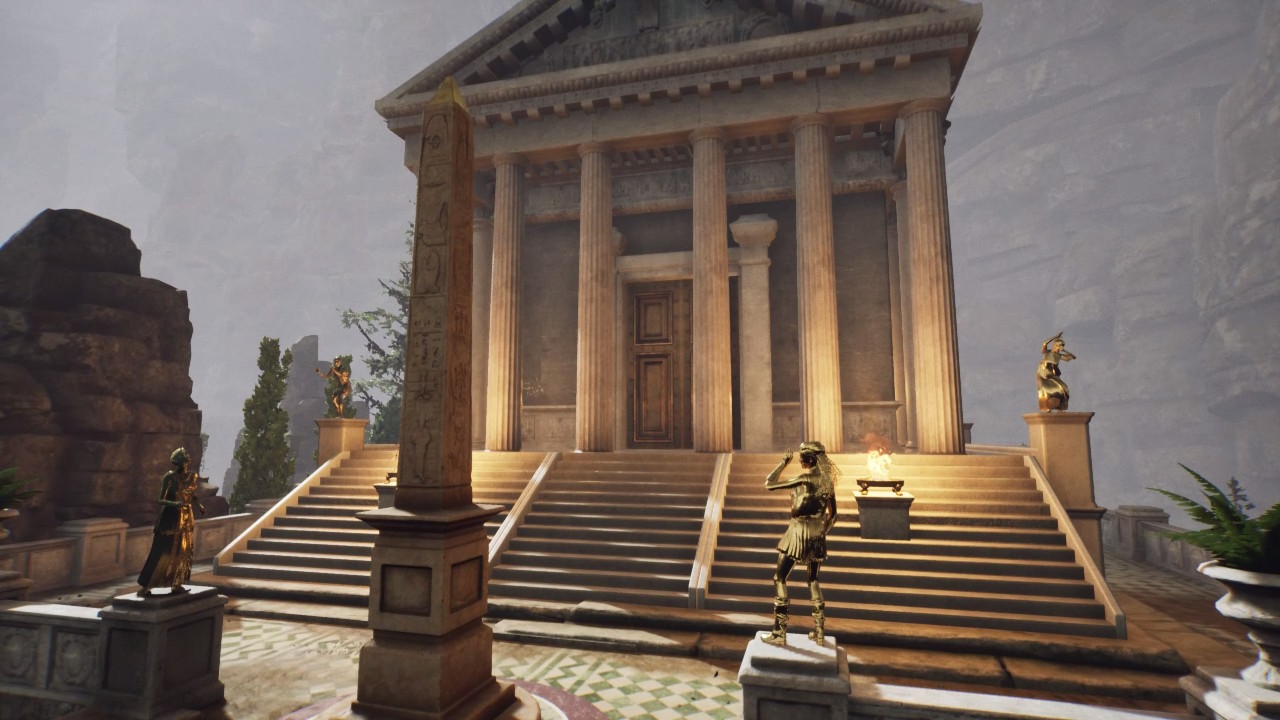 There’s only one rule in this ancient, Roman city: The many shall suffer for the sins of the one. If someone commits a sin, all the inhabitants are turned into gold statues. But… What exactly defines a “sin”? Is lying a sin? What differentiates making a threat and acting on that threat? Is choosing not to help someone a sin? Is suicide a sin? As a person from the modern day sent back 2000 years to live the city’s last day over and over, you’re in the perfect position to ponder these philosophical questions.

Waking up on the shore of the river Tiber, you create your character through your rescuer, Karen, asking a few questions. You can be male or female (your gender does affect how others treat you), choose from various skin tones, and finally pick your profession: an archaeologist, a criminal, a soldier, or an amnesiac. Each profession comes with a bonus, such as the archaeologist being able to read Latin or the soldier having a gun with 10 bullets. This choice matters enough that you can finagle whatever solution to puzzles you wish, while allowing replayability with unique dialogue options.

Dialogue is the name of the game here; there are a few moments of action, such as each time the loop resets when you have to avoid scores of golden arrows on your way to a portal, but The Forgotten City rewards clever thinking, not brute force. This makes it stand out against a sea of action games and even among adventure games. There aren’t a lot of games out there that focus on asking people questions, catching them in lies, or using time travel to keep items you shouldn’t.

Your overall goal is to stop whoever’s going to break the golden rule from doing so and you’ll come across a multitude of quests to aid in your investigation. For example, there’s an election happening today between the current magistrate Sentius and the obviously evil incumbent, Malleolus. Regardless of which one wins, Malleolus will try to murder Sentius, which breaks the golden rule, so you need to find someone else to put their hat in the ring, get Malleolus to withdraw, and secure enough votes for that person to win. 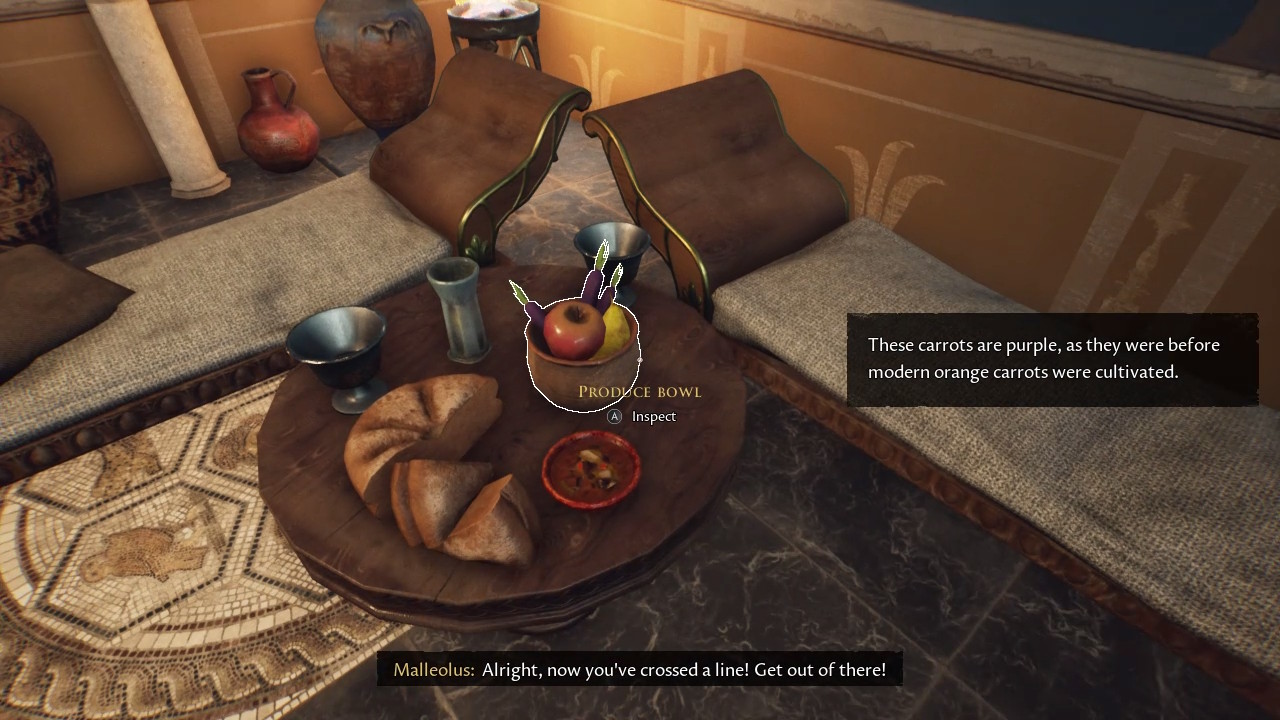 Given the nature of time loop games like 12 Minutes and Deathloop, you’d expect to be repeating certain things over and over again but that’s not the case in The Forgotten City. Every time you return to the start of the day, there’s a guy standing outside the shrine you emerge from. Once you’ve finished a quest, you can have him run around town redoing everything for you so you can get to more pressing business. It’s an incredibly convenient feature that keeps the time loop premise engaging rather than tedious.

I’m being intentionally vague about what goes on in the game seeing as the plot and dialogue are pretty much the entire reason you’ll want to play it. The rare action sequences are clunky at best and the facial animations are… not good. As this version relies on streaming to play, it’s surprisingly unstable with frequent frame rate fluctuations and even the occasional crash. While I have heard the PC version isn’t the most optimized either (the game was made by only three people, after all) it’s still strange for a cloud version to have such flaws. In addition, for whatever reason any options you change don’t save after you close the game so I had to turn off motion blur every single time I reopened the game. Even with all this and my horrendous internet connection (thanks Comcast), I still don’t regret choosing this version to play. Being able to jump in wherever I am to solve a puzzle I figured out while taking a break made my playthrough almost frictionless whereas on PC I may have tried to brute force more things.

The Forgotten City is an incredible game with meticulously crafted puzzles and an engrossing time loop story. While it has some quirks, this cloud version is a fantastic way to play the game thanks to the Switch’s portability.

David is the kind of person to wear his heart on his sleeve. He can find positives in anything, like this is a person who loved Star Fox Zero to death. You’ll see him playing all kinds of games: AAAs, Indies, game jam games, games of all genres, and writing about them! Here. On this website. When not writing or playing games, you can find David making music, games, or enjoying a good book. David’s favorite games include NieR: Automata, Mother 3, and Gravity Rush.
Related Articles: Indies, The Forgotten City
Share
Tweet
Share
Submit