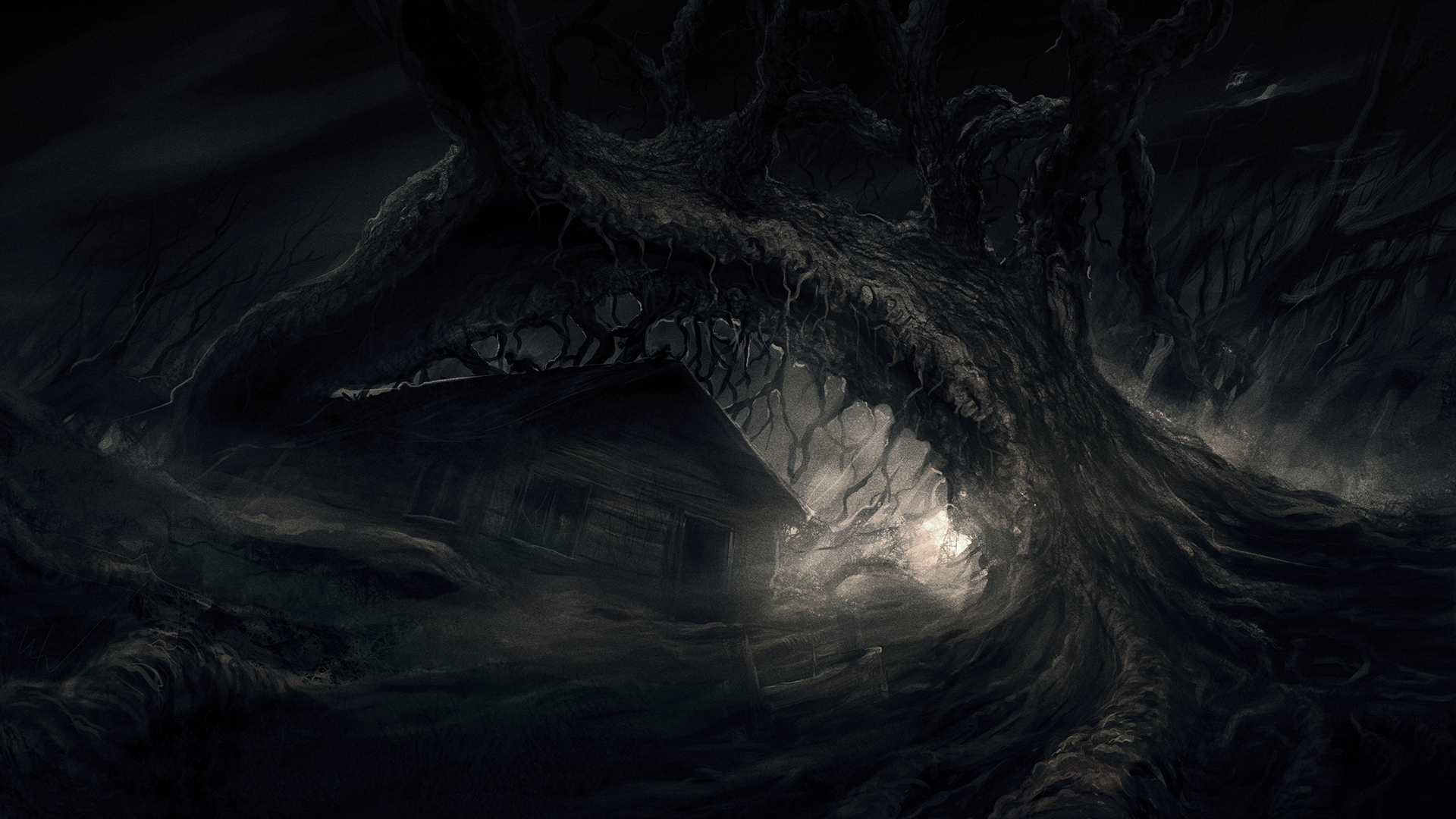 “You are playing a challenging and unforgiving game,” the Rorschach-test inspired loading screen warns. “You will not be led by the hand. Respect the woods. Be patient. Focus.” As I progressed through the prologue and the murky beginnings of Chapter 1, I realized how true that was. Darkwood is a survival game about isolation, confusion, and frustration, and it’s likely that new players will want to take breaks from it before being drawn back into the woods.

Created by the Polish indie developer Acid Wizard Studio, Darkwood entered Steam Early Access in 2014, and was fully released on August 18 this year. It takes a unique approach to the horror genre by utilizing a top-down isometric perspective, creating an atmosphere seeping with rot and decay through detailed graphics, excellent sound design and the clever use of darkness to conceal threats. The most unsettling portions of the game occur when you can’t see what’s around you.

At the beginning of Darkwood, someone steals your key—the key to a door that will let you escape the homicidal woods and its inhabitants. To get it back, you must journey across several partially randomized maps, hoarding gear, killing monsters, and making a few decisions as you interact with non-playable characters. But don’t be fooled by the RPG elements: this is a survival game, and although you won’t need to worry about needs like hunger or fatigue, you will need to scavenge your way to stability.

One key mechanic of Darkwood is crafting. You can do so either through your inventory menu or your hideout’s workbench. As you progress, you can upgrade your workbench, your weapons, and your initially limited inventory space. Surviving nights or selling unwanted items will net you an in-game currency called “reputation,” which can be used to buy weapons and crafting materials.

While surviving in the daytime is easy enough (keep your pinky on that shift key and remember that enemies’ line of sight works the same as yours), nighttime survival is a different beast. At around six PM the sun will start setting, washing the forest in an ominous red light. Once it’s dark, all sorts of paranormal freakiness will hone in your location and try to bash your skull in. You can avoid this by barricading yourself in your hideout, keeping the lights on (but out of sight of windows) and laying down traps if the barricades fail.

In the second hideout of the game, this set-up was….adequate.

Nights also occasionally host special guests during random events. My least favorite “guest” is the banshee: a screeching bird that will temporarily break your light sources and send a half-dozen of her grotesque brood after you in the dark.

When you stir these mechanics and threats together in a pot, what comes out is an engaging and slightly addictive experience. It’s satisfying to uncover new and terrifying locations on the map, craft more deadly tools, and survive encounters previously thought impossible. Just when I started getting settled into a comfortable routine, the game sprung earthquakes on me. Just when I gained the confidence to take down savages and wolves, I was introduced to the infamous chompers.

The presentation is demented artistry. I was impressed by the level of detail, from the blurry outlines of rotting animal carcasses, to the grimy interiors of abandoned houses. There’s little color to be found in Darkwood—in daylight, the woods are a mottled, muddied landscape, and at night it dims away into claustrophobic blackness. The designs of the monsters are sinister and nightmarish, but the game is at its most memorable when it’s hiding them from you.

But that’s not to say the game is perfect. Its most glaring fault is balance.

“Cooking,” a levelling-up system in which your character melts down hallucinogenic substances to gain skills, is impractical in its current form. You must choose a negative perk each time you pick a positive one. One skill allows you to eat poisonous mushrooms to regain health. The caveat is that you’ll be attacked by Shadow monsters if you’re not near a light source at night. This makes conserving fuel that much more difficult. These tradeoffs make the game more interesting, sure, but a strategic person will forgo them altogether.

What happens when you die depends on what difficulty mode you’ve inflicted on yourself. I played “normal” difficulty, because I’m not a masochist and I needed to write this review.

On normal difficulty, upon death you’ll drop your inventory but can collect it later. The world state will be saved, meaning you’ll keep your skills, anything you’ve stored in containers, and your progress in the storyline. You can also die as often as you need to, which happened to me more than I’d like to admit. Loot tables and other variables are the same as other modes, so it’s difficult to play, but it lacks any sort of real consequences for failure.

Meanwhile, “hard” and “nightmare” mode end your run permanently once you’ve run out of lives, in a game where you’re practically guaranteed to die due to the random nature of the experience.

In a survival game’s sandbox mode, permadeath is par for the course. In a game that emphasizes story and atmosphere like Darkwood, it doesn’t make much sense. (Only about 5% of the game’s owners on Steam have received the achievement marking the first major decision path). While playing, there were occasions where I felt frustrated I couldn’t progress further in the story, but also times where I felt like I wasn’t being sufficiently punished for my mistakes. This made for a bipolar experience where I veered wildly between desperation and overconfidence.

But, hey—maybe that’s intentional. Maybe the game is designed to make you question what you’ve grown used to and what you think you know.

Despite some minor frustrations and inconsistencies, Darkwood is a journey of masterfully deceptive madness that will drag you in whether you like it or not.

Taylor is as eclectic as her taste in video games, and she appreciates aesthetic and a good OST. She has a BA in International Business Management she doesn't know what to do with, and until recently helped immigrants and refugees learn English.
Related Articles: Darkwood
Share
Tweet
Share
Submit