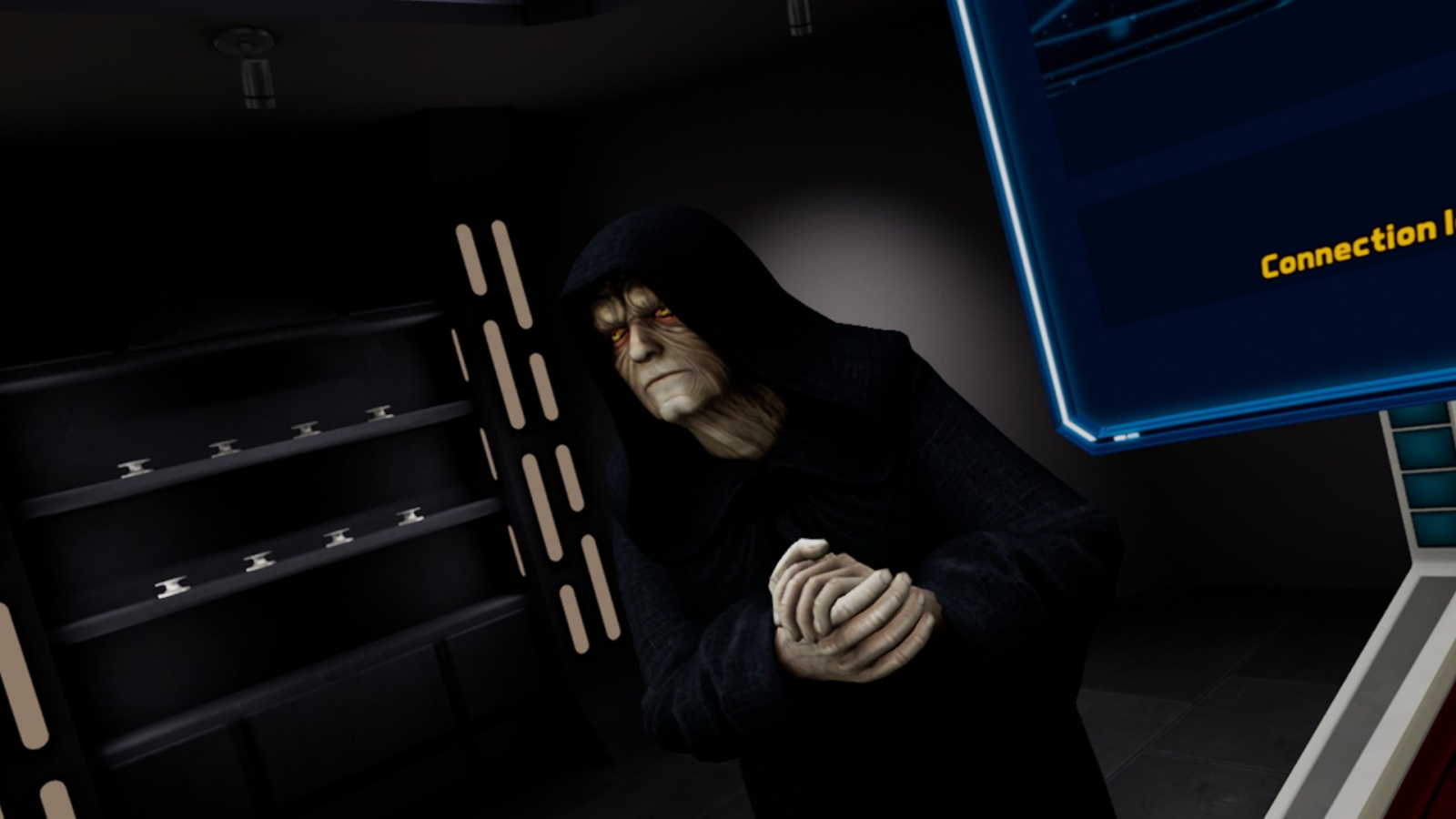 I’m a pretty casual Star Wars fan. Sure, I’ve seen the movies a few times, played some of the games, but I’ve never had much interest in diving further into the franchise with the books or TV shows. Star Wars Pinball VR feels like a game made with casual fans in mind, it has a lot of surface level Star Wars iconography while providing several decent pinball tables to play with at your leisure. However, this leaves it feeling like a generic theme park attraction just waiting for a lawsuit from Disney.

When you first start Star Wars Pinball VR, you’re asked to side with the Light or Dark sides of the Force. While you can switch at any time, you’ll be earning rewards from your chosen faction as you play. Supposedly, anyway, I didn’t notice any difference between the two. After that, you’re set loose in the Fan Cave, the game’s hub, where you can look at and place decorations, view high scores and achievements, or play pinball. There are several pinball tables to choose from, each based on a movie or TV show. From Rebels and the Mandalorian to Episode VI and Rogue One for a total of eight tables. They each come with characters who will awkwardly stand on either side of the machine as you play.

The tables themselves are fine, it’s hard to screw up pinball. However, they all feel very similar aside from a single gimmick. The Rogue One table has a set of buttons you can light up for a bonus round near the top, but the Rebels table has something very similar albeit slightly smaller and to the right. The mechanics common to each table aren’t particularly engaging either; there are a lot of ramps you send the ball up to have it roll into something which will hold it for a bit and gain you some points. The most interesting mechanic I encountered was one where you could use the backside of a flipper to send the ball back into the launcher and gain a free ball in the process.

Even more common than both of those, however, is the ball teleporting around. At first, I thought this was simply me losing track of the ball, which was only part of the problem. Basically every table has spots where the ball will simply appear somewhere else after a moment. I have two major problems with this, the first being that this makes it incredibly difficult to actually keep track of the ball. 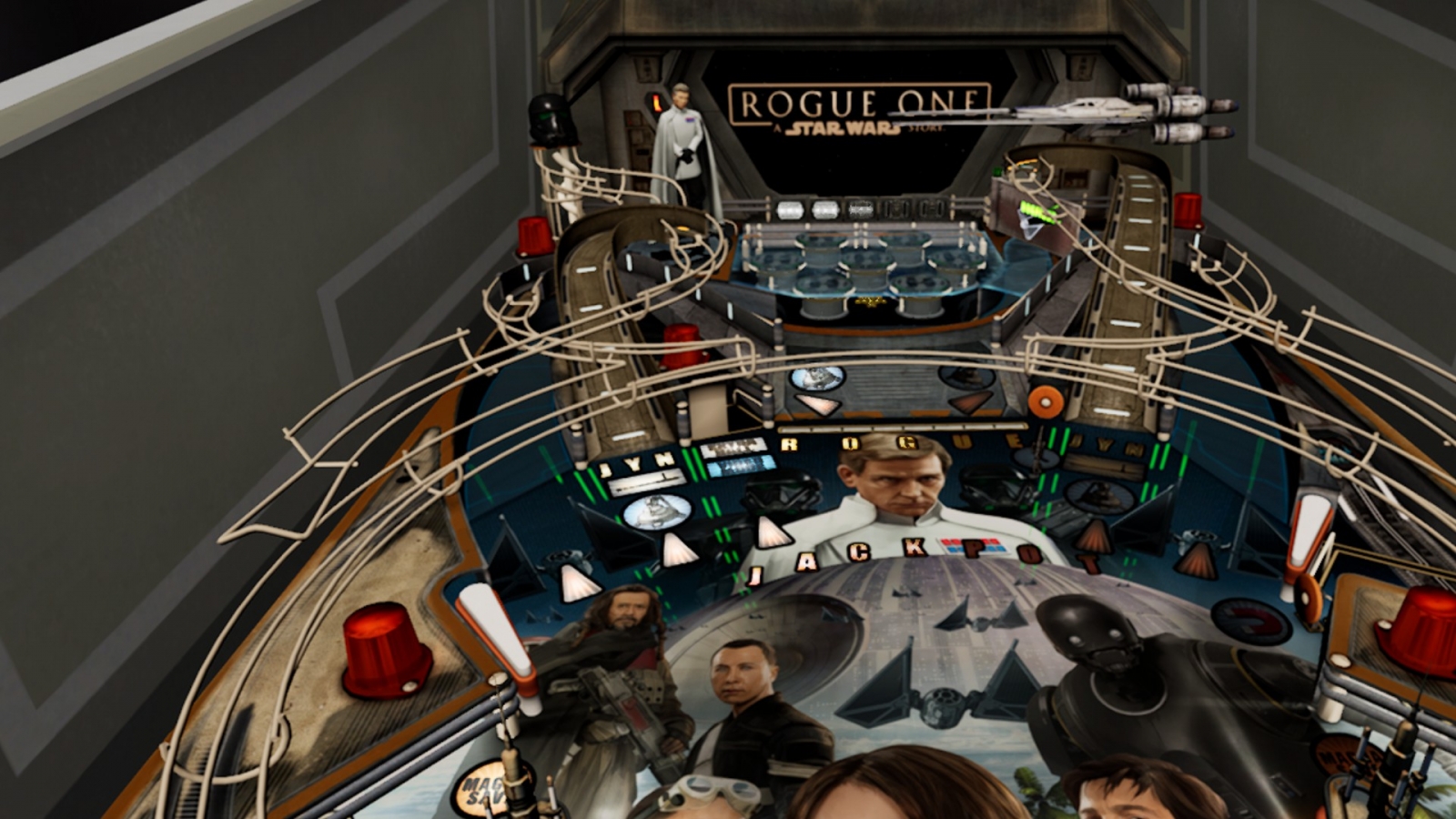 The second is a bit more complicated. The game tries to build up this realistic pinball atmosphere, and it’s clear that a lot of work went into these cabinets to make them look straight out of an arcade, even the score/instructions thing on the vertical piece looks sufficiently cheap and pixelated. Introducing the unrealistic teleportation mechanic detracts from that realism and makes it feel like the game wants to have its cake and eat it too. Either be a moderately realistic pinball simulation, or a wild pinball game that could only be possible in a video game, not both.

As to why this is a VR game, I’m stumped. Outside of menu navigation, the motion controls of my Oculus Touch controllers have no effect on gameplay. The flippers are controlled with the triggers, you launch the ball by pressing A, and even tilting is done with the left analogue stick. The only advantage or interesting thing about being in VR is the ability to put yourself in the table with the Y button, but this makes it difficult to actually play pinball with the low quality visuals. The screen door effect is strong with this one, and overall it looks like a VR experience on a phone. 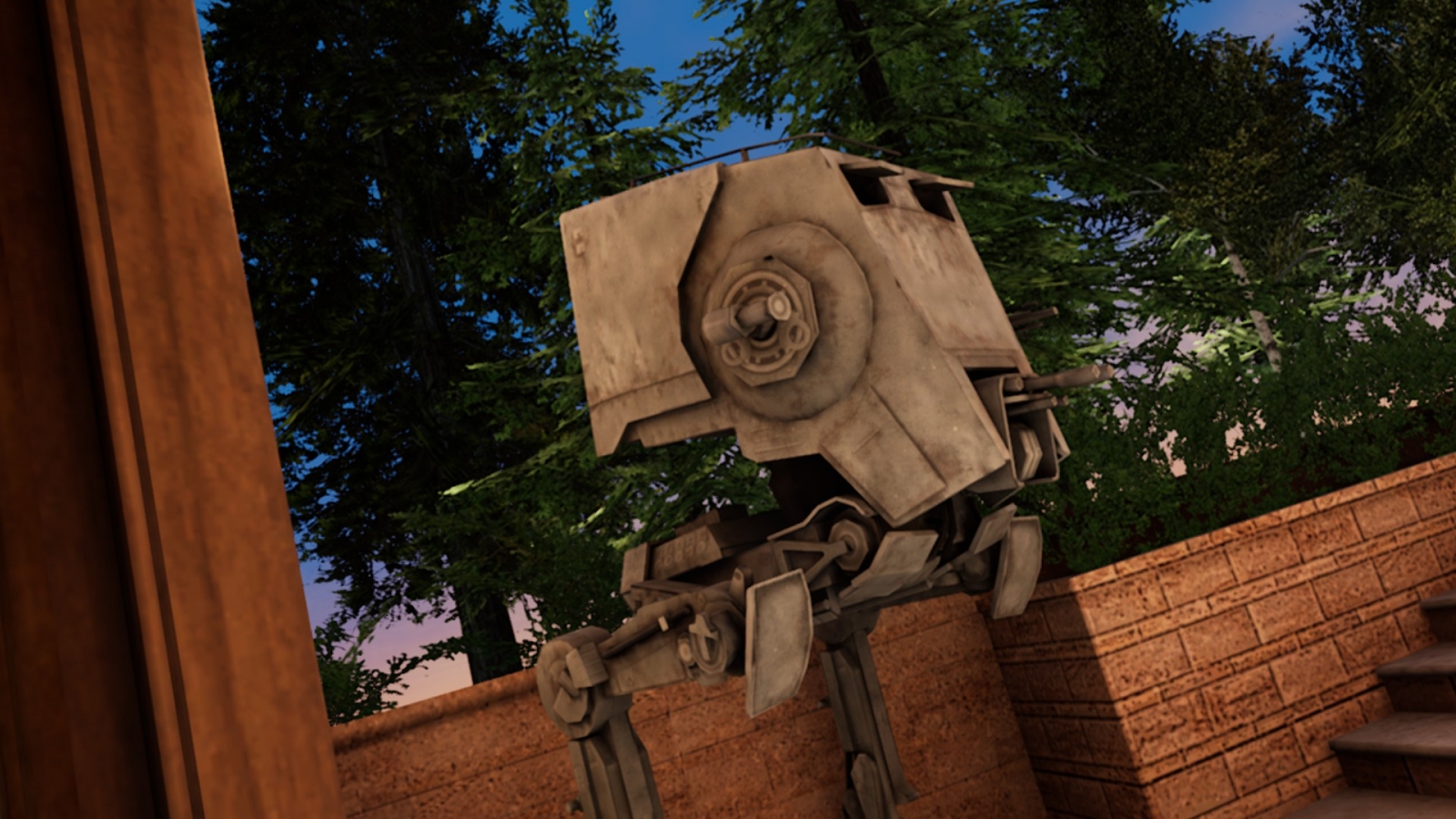 Outside of pinball, you can look around the basement-like Fan Cave. As previously mentioned, this is where you can view decorations you’ve won like posters and life size figures along with accessing the “campaign mode” which is essentially a 5 minute score attack. Aside from having a grounded environment in which to play pinball, this feature feels kind of pointless. You can’t interact with any of these decorations or achievements, just look at them. It’s slightly interesting when you first boot up the game, but almost immediately I lost any interest I had.

Star Wars Pinball VR is a serviceable pinball game that has no business being in VR. The eight tables all feel very similar, the visuals are incredibly low quality, and the Fan Cave is pointless.

David is the kind of person to wear his heart on his sleeve. He can find positives in anything, like this is a person who loved Star Fox Zero to death. You’ll see him playing all kinds of games: AAAs, Indies, game jam games, games of all genres, and writing about them! Here. On this website. When not writing or playing games, you can find David making music, games, or enjoying a good book. David’s favorite games include NieR: Automata, Mother 3, and Gravity Rush.
Related Articles: Star Wars Pinball VR
Share
Tweet
Share
Submit