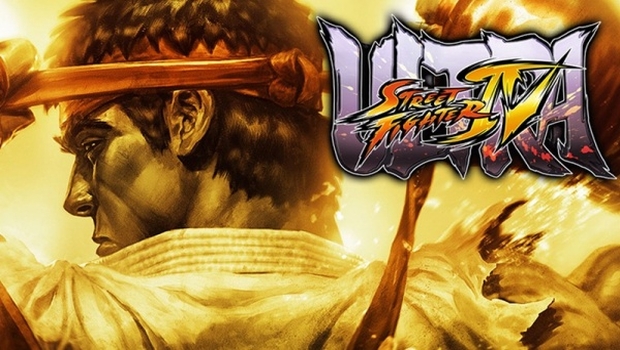 There’s a sweet science to competitive fighting games. Not unlike real-life boxing, there’s a lot of careful thought and tactics underneath the uppercuts and jabs. The cream of the crop master this and make even the lowliest of hopeful combatants, like myself, feel they can keep improving and eventually master the art of fighting games.

Ultra Street Fighter IV is the final draft of the fourth entry in the iconic fighting series. While previous entries had been divisive at best for the community, USFIV has been accepted as not only the definitive Street Fighter title for modern competition, but as one of the best fighting games around. The PS4 version, thankfully, is a perfect port of that exact magic found in last gen’s Street Fighter offerings.

It wouldn’t be Street Fighter without the signature Akuma finish.

The entire cast is here, from shoto users Ryu and Ken to later additions like Elena and Decapre. One of the best features USFIV offers is the inclusion of every piece of DLC – every costume, stage, character, anything ever released with the name Street Fighter IV attached is here. There’s also the ability to select versions, not only for the match but also for each individual fighter. Want to see how USFIV Chun-Li matches up against SFIV 2012 Chun-Li, and still wear costumes from Ultra or Arcade? Go for it!

Mastering the combat of a fighting game is great fun when the mechanics are conducive to it, and Street Fighter IV is a joy to fight in. Fighters feel very individual and unique, despite there being a gigantic roster of them. Ryu feels very different from Dhalsim, Blanka, or even Ken. There’s gimmicky fighters, like Hakan (who douses himself in oil) and El Fuerte (a challenging but rewarding luchador wrestler), but there’s also straightforward fighters for newbies to play, like Yun and Cody.

Even those brand new to the fighting genre can have fun here, as the basic controls are fairly simple to learn. Three variations of punch and kick each, a block and a throw; the basic commands are simple for anyone to pick up on. The complexity comes from both mastering complex inputs, like fireball and zig-zag motions, and understanding mix-ups and bread-and-butter combos. Then you start reading frame inputs and learning to cancel moves out to psyche out your inputs, and in no time, you’ll be watching EVO 2015, analyzing high-level play of your main and adapting it to your style.

The roster of fighters is varied and caters to nearly every playstyle, from quick and technical to crazy and unpredictable.

There’s a vast ocean of technical complexity to USFIV, and that’s one of the biggest strengths it has over the competition. Street Fighter has long been the de-facto competitive fighter, and while you can have fun beating up friends or soloing against the CPU, the biggest draw is the competition – online and off.

For newcomers to the series, though, USFIV is a fantastic entry point. It solves one of the biggest problems from last gen’s offerings (too many versions and editions) and includes every piece of DLC and training to help you get started, along with a high degree of technical fidelity. For the vets, though, there’s one variable burning in your minds: netcode.

The online community of a fighting game lives and dies by the netcode. Poor latency and missed inputs due to server error can ruin a good online match, and make some never want to come back to online again. I’ve played a fair number of ranked network matches on the PS4 version of USFIV, as well as having played a decent amount of online matches in previous versions of SFIV, and the netcode for the PS4 version is great.

Early online matches are pretty much like this. Even on your best fighter, prepare to fight at least ten players who are twenty times better than you.

I had so few spikes of lag that it felt like I was playing someone sitting on the couch next to me, and those lag spikes occurred in mere frames – so close, I might not have seen them if I wasn’t looking for them. For pros, your mileage may vary, but I never had a single moment where I felt cheated by latency or server issues. This isn’t a huge surprise, as both last-gen console versions of USFIV had great netcode too, but it’s good to know that nothing got busted on the way to the PS4.

Visual fidelity is also a key selling point for fighting games, and the jump to the current generation of consoles did wonders for USFIV. Running at 60 frames per second and 1080p, the game has a crispness to it that makes abilities and flashy combos pop a bit more than they used to. Fighters look a bit better than the backgrounds do, but that tends to get lost in the heat of the fight. The consistent framerate is amazing too; in a game where you have a 24 frame window to block an overhead, the extra frames provide both clarity and better responsiveness for both combatants.

A note to make here – during my time with Ultra Street Fighter IV, I never experienced any flagrant, game-breaking bugs. There are reports, however, that there are significant issues with the game involving broken moves, sound glitching and unlisted nerfs to characters. Some pros have reported that there is input lag of up to six frames; I wouldn’t have noticed it, but certainly those accustomed to the game and its frame data would know more than myself. Just be wary there are a host of issues cropping up across copies of the game, though keep in mind, Capcom plans on using this version of the game in the upcoming EVO 2015 tournament – expect some major patching leading up to that, as every bug and glitch is cleaned out before the game is put on global competitive display.

Understanding techniques like Akuma’s AA uppercut is just a fraction of the lessons learned in becoming a better Street Fighter.

All the modes from previous versions are here and available right out of the gate. You can toe the waters with Arcade, fight a friend or CPU in Versus, learn some combos in Trials mode or Training, or just jump right into the deep water with Network Battles. Trials has the extra benefit of having both the base set of Trials, and the Ultra set of Trials, and both keep track of your completion percentage with the entire roster. I do wish some work had been done with the Trials to make it easier for new players, though. It was frustrating to be told to complete a certain combo or special move, but having to go to a pause screen to see the inputs.

Another hindrance is that the menus in USFIV seem unnecessarily complicated. The biggest problem with that is seen when you pause mid-match to check command lists – you have to open the command list menu, then navigate through the entire roster to your fighter. Seems like if you’re playing as Ryu, and open the command list, it should go to Ryu’s command list automatically. I don’t care about how to execute Cammy’s Hooligan Combinations when I just want to remember the input for my fighter’s Super. Menus are also very slow and cumbersome, and feel like they push back against you trying to get into the action.

Trials offer a nice way to progress and train, though they could stand to be modernized compared to other fighters.

Price point is a major bonus here, as Capcom is releasing their PS4 edition of USFIV at $25. Frugality alone shouldn’t determine whether this is a buy or not for you, but that’s extremely cheap for the amount of content here, and the potential hundreds of hours you could dump into mastering all that USFIV has to offer.

As an entry in the long list of Street Fighter IV titles, USFIV for PS4 is the definitive edition, by virtue of its fidelity, netcode and comprehensive library of content from throughout the years since SFIV’s intitial release.

As a fighting game for those seeking one on current-gen consoles, it stands tall among the pack and reminds us just exactly why Street Fighter IV has been one of the best competitive fighting games around. It revived a community, spurred new interest in the genre, and now it’s available in a single package at a very reasonable price. With Street Fighter V on the horizon, it might seem strange to recommend this title so heavily; but as a solo fighter or couch warrior, there’s a lot here for anyone and everyone.

Ultra Street Fighter IV for the PS4 is the comprehensive, definitive edition of one of the best fighting games around. While you might want to be the competitive type if you plan to play, there’s something here for the warrior in everyone. Just be wary of early launch bugs.