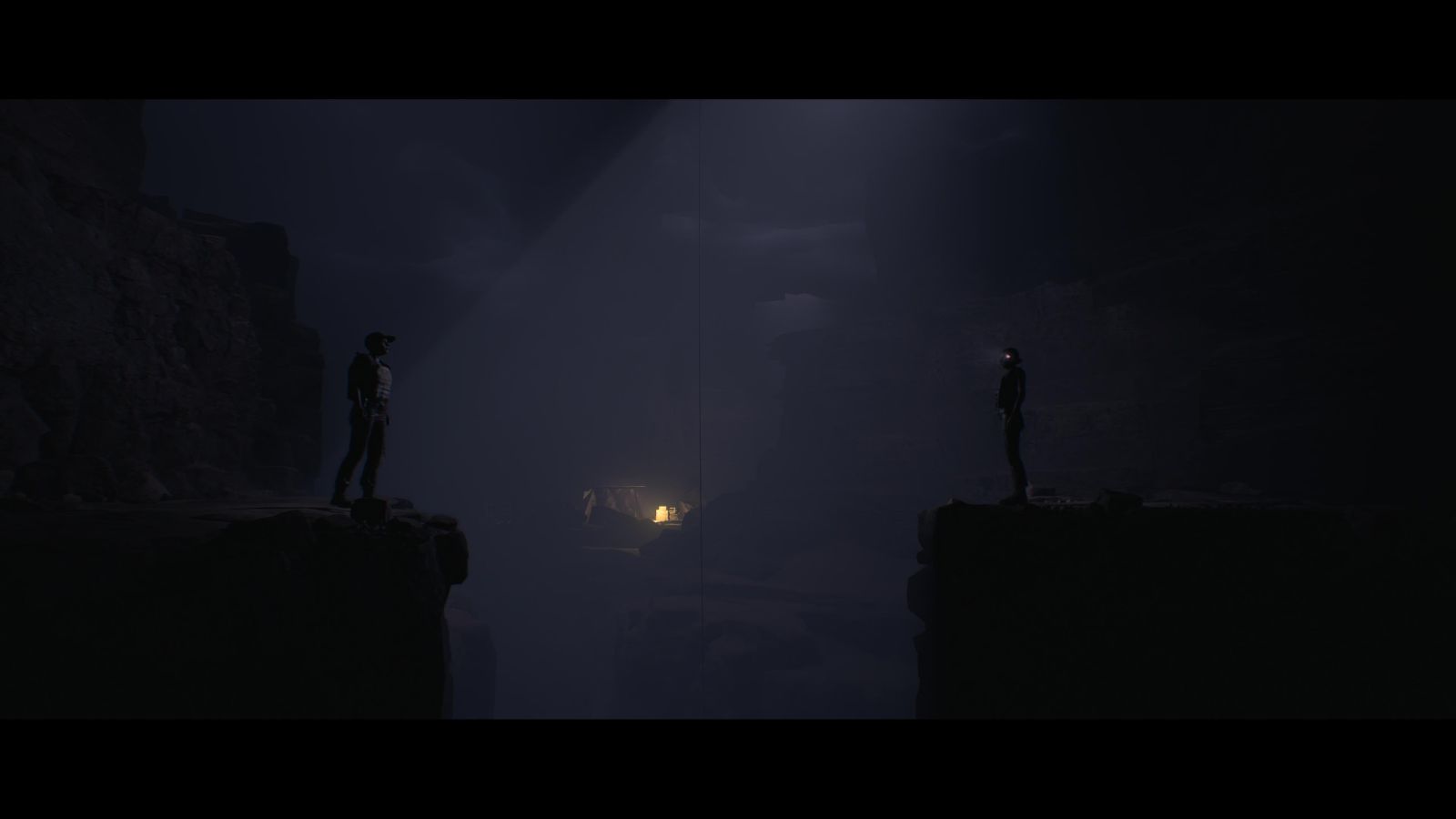 2003, the war in Iraq rages on with American Marines searching for Weapons of Mass Destruction that don’t exist. However, the secret Caelus satellite system has detected an underground storage facility. Upon arrival, the survey team engages in a battle with the Republican Guard, which causes massive sinkholes to open up into what is actually a 4000 year old temple. With an unknown threat hiding inside, these two opposing sides will have to work together if they want any chance of survival.

The first two entries into the Dark Pictures Anthology were very disappointing. Man of Medan suffered from technical issues and some absurd scenarios while Little Hope improved things, but was ultimately let down by a terrible ending twist. I expected this year’s release to have similar issues, but amazingly Supermassive Games managed to nail the landing. House of Ashes is the best of the anthology by a wide margin, and leaves me looking forward to future entries.

Gameplay is pretty much the same as ever: you complete quick time events, examine objects, and make choices to change the outcome of the story. There have been a few tweaks to smooth out the experience though, namely through the three new difficulty options. At the start of your playthrough or in the options at any time, you can choose from easy, normal, or hard modes that appear to increase or decrease the amount of time you have to press the button for a QTE. Both of my playthroughs were on easy, because I generally prefer to live or die based on my choices rather than pressing the wrong button. The game will also now warn you before an input is required with a gentle vibration of the controller, so you can safely put it down to watch things play out before you need to do something again.

There are quite a few accessibility options available, with some carrying over from previous titles. You can change QTEs to use a single button, hold instead of mash, as well as disable QTE timeouts and combat timers. For readability, you can adjust the font size for both subtitles and choice text and even add a background or color to text. Having all of these options means anyone can enjoy the game to their comfort or skill level. 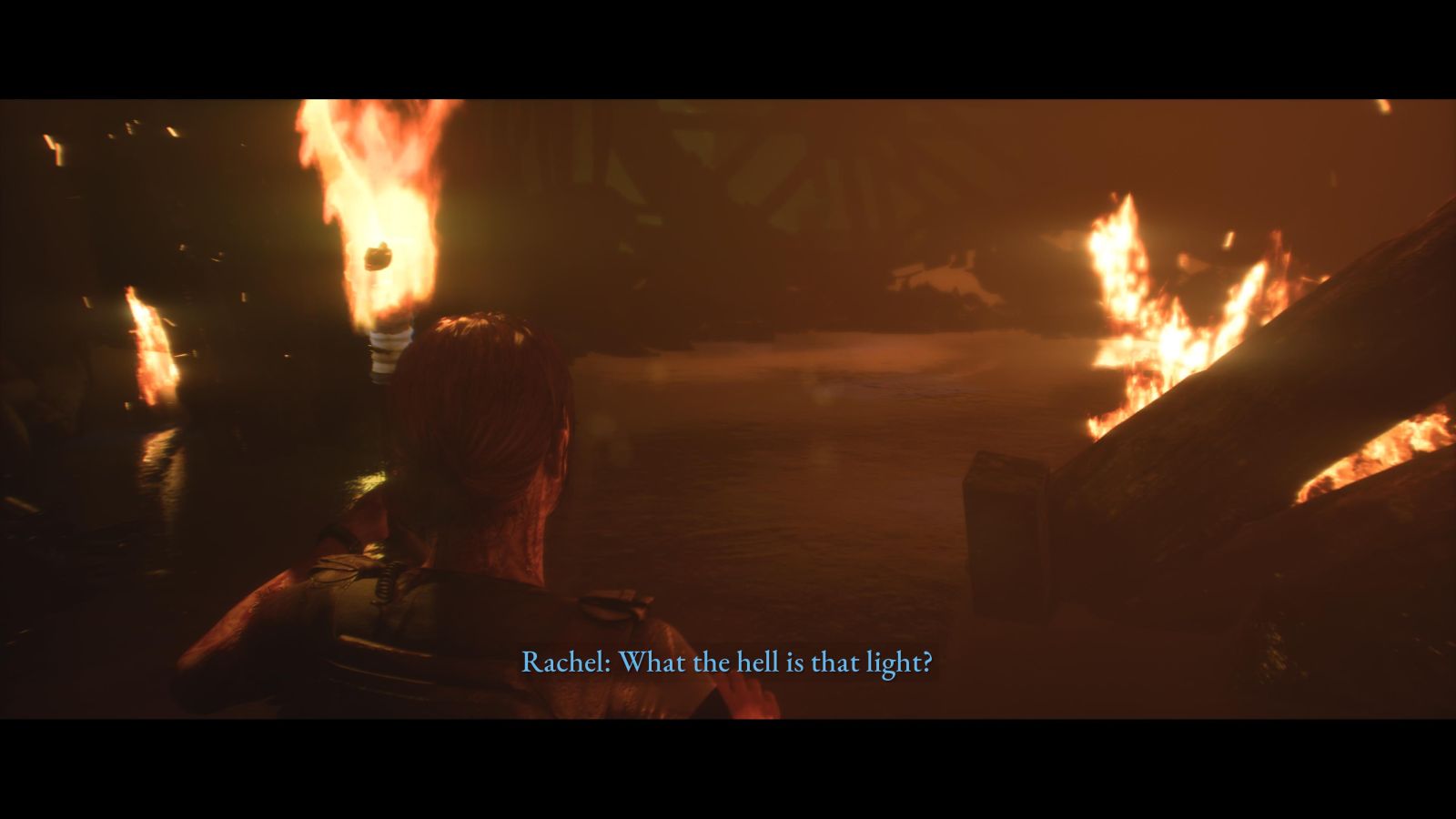 The performance issues seen in Man of Medan are nowhere to be found in House of Ashes, the game runs like a dream on PS5 in both the 60 fps performance mode and the 30 fps graphics mode. Regardless of which you choose, the game looks absolutely gorgeous with some very realistic and detailed texture work and incredible lighting. It also helps that the actors give some fantastic performances. Near the beginning of the game I did notice some stiff facial animations or a character’s sword sticking to their hand when it was supposed to be sheathed, but those disappear after the first hour or so.

The big actor this time around is Ashley Tisdale, star of the greatest movie of all time High School Musical 2, as Rachel King. I enjoyed her character, but Jason and Salim’s arcs were the highlight of the story. Taking place in 2003, the game isn’t afraid to portray the sexism and racism that’s still sadly prevalent today, if not as overt. This makes the characters feel more real, if not the most likeable cast in the world. The overall story, however, knocks it out of the park with constant, steady escalation until an incredible climax that feels larger than life. You start out not being able to get a good look at the monsters, but as the game progresses you’ll be faced with a veritable army of them. There’s no cop out this time and the game is all the better for it. 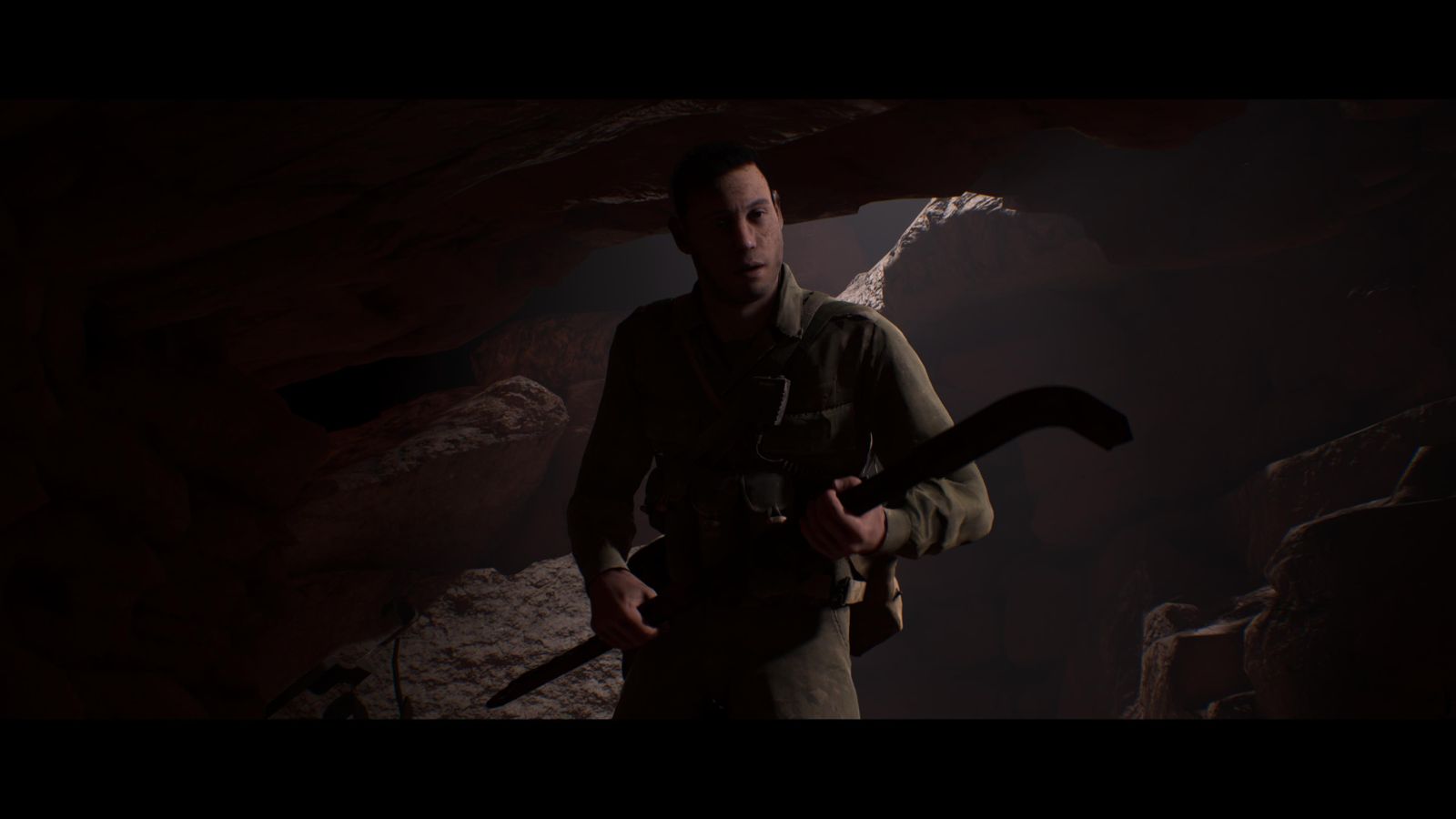 Choices likewise feel much more impactful. Things you both do and don’t do will come back to bite you, for example not exploring down a certain path will have you miss a pretty crucial medical kit and leave characters with no way to treat their injuries. Even trying to be kind instead of telling the truth can lead to several deaths, so you need to think things through during your limited time to choose. I noticed that there were a lot more exploration segments this time around, which leaves collectables evenly spread out and feels like I have more agency overall.

While this is Supermassive at their visual and gameplay peak, even as a scardy cat I didn’t find the game to be all that frightening. I think this is more of a thriller than a horror game, and I’m perfectly fine with that. Given that horror is the conceit of the series and what most players would be looking for it’s not exactly ideal and the game’s most significant stumble. With that being said, I think fans will still find something to enjoy in House of Ashes if they’re also looking for a good story and branching, choice-based narrative.

The Dark Pictures Anthology: House of Ashes might not be very frightening, but it absolutely nails a tense atmosphere where every choice really does matter. With gorgeous visuals and a satisfying, well paced story, Supermassive has finally found their footing.

David is the kind of person to wear his heart on his sleeve. He can find positives in anything, like this is a person who loved Star Fox Zero to death. You’ll see him playing all kinds of games: AAAs, Indies, game jam games, games of all genres, and writing about them! Here. On this website. When not writing or playing games, you can find David making music, games, or enjoying a good book. David’s favorite games include NieR: Automata, Mother 3, and Gravity Rush.
Related Articles: The Dark Pictures Anthology: House of Ashes
Share
Tweet
Share
Submit