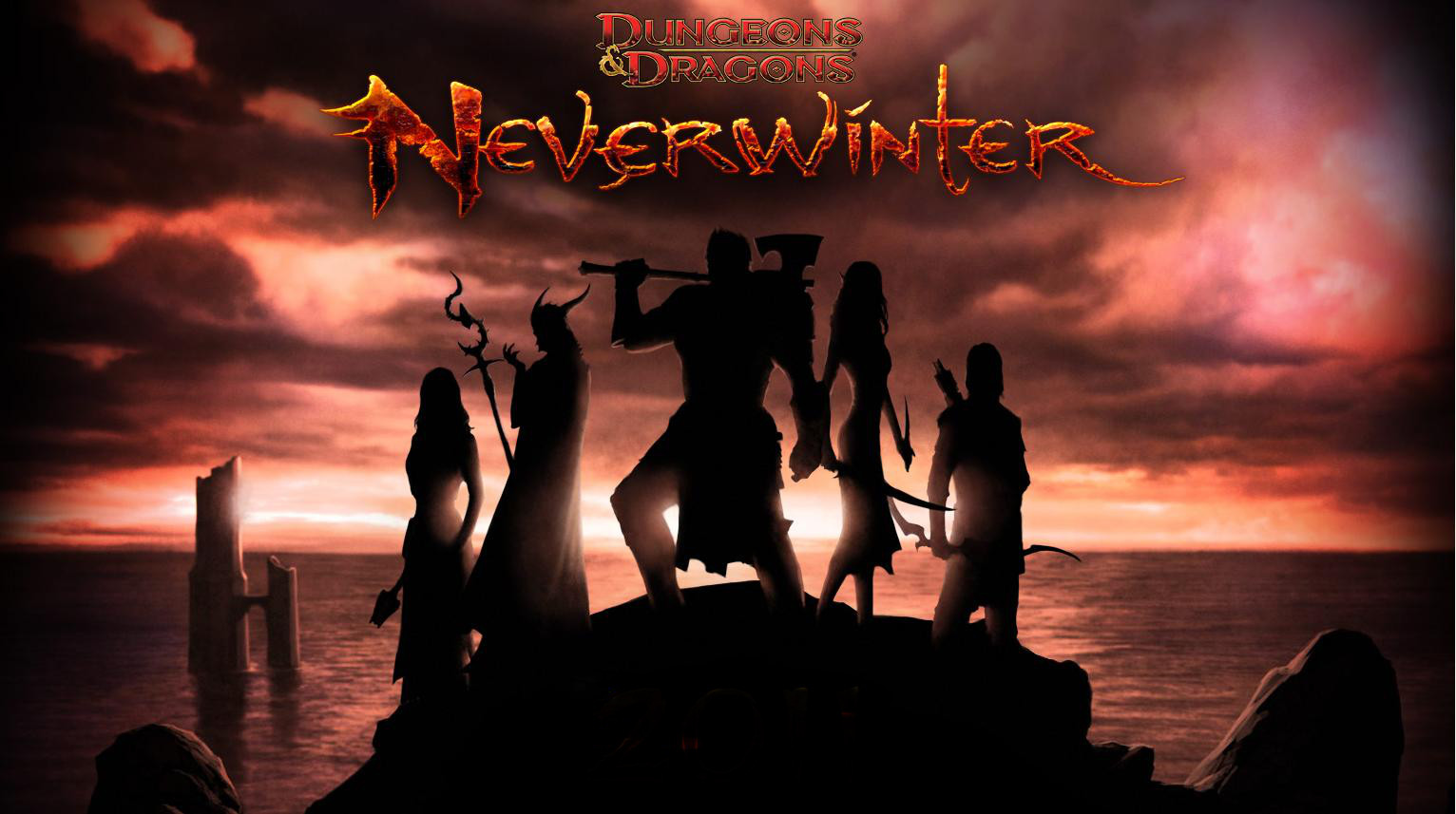 Neverwinter is a churning goulash of menus, systems, numbers, and cooldowns. For the MMORPG uninitiated, there’s a lot here to digest. But despite the oft bewildering nature of the games UI and leveling structures, the act of actually playing Neverwinter is an engrossing and addictive experience. Admittedly, I count myself amongst the MMORPG uninitiated. But coming into this genre fresh faced and wide eyed has its perks. The cooldown based combat is probably nothing new to MMO vets, but I found tailoring my abilities and managing spells rather fun, albeit a little too easy at times. The various quests, dungeons, skirmishes, etc. all had this strange calming effect on me and I looked forward to just relaxing for a few hours at the end of the day, busying myself with leveling up and seeing what my guild mates were up to (Aptly named Dysfunktional Family). My experience was not all tea cozies and fabric softener sheets though. Neverwinter has a slow trickle of problems that became apparent the longer I delved into the yawning waters of this MMO.

Neverwinter came out three years ago on PC and is just now getting a free-to-play port to the PS4. Hearing that this is a F2P, you might be wondering how obtrusive the in-game currency (called Zen in Neverwinters case) is and how often the game pitches you on making impulsive purchases. For the most part… it’s not bad. But there are certain chests called Shaundakul Lockboxes that pour into your inventory faster than salt water into the Lusitania. The only problem with this is that the keys required to open said chests can only be purchased with Zen. Therefore, you’re left with hundreds of chests sitting in your inventory with no keys to open them. It’s somewhat annoying, but for the most part, the Zen market is limited to a few vendors around the main hub area.

Outside of the Zen Merchant, there are a plethora of shops, bars, NPC’s, and at least one person spamming chat with their snake oil salesman routine. There’s plenty of things to do and people to see in Neverwinter, but this abundance of stuff can also be rather overwhelming for new players. Just when I was starting to get a grasp on one facet of gameplay, they introduce something else to add to your Excel spreadsheet of Neverwinter intricacies. I’m probably just being overdramatic here, but the learning curve is steep. However, once I started fiddling around with all knobs and levers, I started enjoying the game more and more. There are still new aspects of gameplay being thrown at me; and while this does provide longevity, it also poses the risk of turning off players who don’t have the patience to deep dive into the world of Neverwinter.

Speaking of deep diving, Neverwinter has lore. I mean… lots, and lots of lore. I’m sure by the time I hit level 70, I’ll have a nice novella sized collection of lore pages. For me, the narrative in Neverwinter holds no allure. I’ve never been one to glom onto the high fantasy setting (ala Dungeons & Dragons, of which is this game is set in) but I’m not going to discount the story purely because the subject material feels boring to me. For what it is, the story serves its purpose, but I found myself grabbing quests, skipping the dialogue, and moving on my merry way. But once you bisect Neverwinter’s veneer and get right into the actual combat and gameplay, the game really shines and I found myself jumping from one quest to another just to try out my new spells (I played a Scourge Warlock) and crawl the various dungeons.

The combat in Neverwinter is a little on the simple side. I was even seeing people in the in-game chat talk about how the game felt easier than its PC counterpart. Over the course of my playtime, I amassed a total of one death… and that death involved me jumping off a cliff on purpose just to see what would happen when I died. Despite the somewhat easy nature of the game, I still found myself having a blast managing spells and obliterating hordes of enemies. There are daily events, dungeons, PvP, skirmishes, guild building activities, etc. Neverwinter is rife with things to do and the whole “just one more quest” mentality is wholly apparent here. While a sizeable chunk of the game can be done solo, there are plenty of events that require a group. Most of these events will queue you up with random people that are looking to get said events finished. And there are other bosses (dragons in particular) where the game suggests having at least fifteen people before you attempt them. Even if you don’t have a dedicated group, just showing up to these fights is all you really need to do, as people seem to come flowing in as soon as the fight starts.

On the technical end of things, Neverwinter runs at 30fps on PS4 but that number can dip into the single digits when you’re in the main hub city where people tend to congregate. Outside of the aforementioned fps drops and the two game crashes I experienced, Neverwinter runs fairly well and keeps up with a surprisingly dense player base. The graphics do look a little dated and washed out at times, but some areas look impressive solely based on their magnitude. It sort of has that Xenoblade Chronicles effect working for it at times. For instance, the graphics up close look sloppy, but when you pull back the camera and look at the vista they create, it’s something magical. Neverwinter has those moments, but they’re sparse. The sound design is also nothing special with the music running the gamut of dime store Howard Shore and the voice acting falls somewhere in between admirable and downright hilarious.

There are a lot of small things to nitpick about Neverwinter, but the overall experience is something more than worthy of its exceedingly fair price point. The combat may not be particularly skill based, but there's something very tranquil about doing quests at your leisure, managing your loadouts/inventory, or even just chatting it up with some friends you've made through guilds or questing. Despite the steep early game learning curve, Neverwinter has something for everyone. Whether you're a veteran or you're like me and this is essentially your "baby's first MMO", this game has an undeniable magnetism that just keeps pulling you back in. Now if you'll excuse me, I have to get back to grinding and donating to my guild.