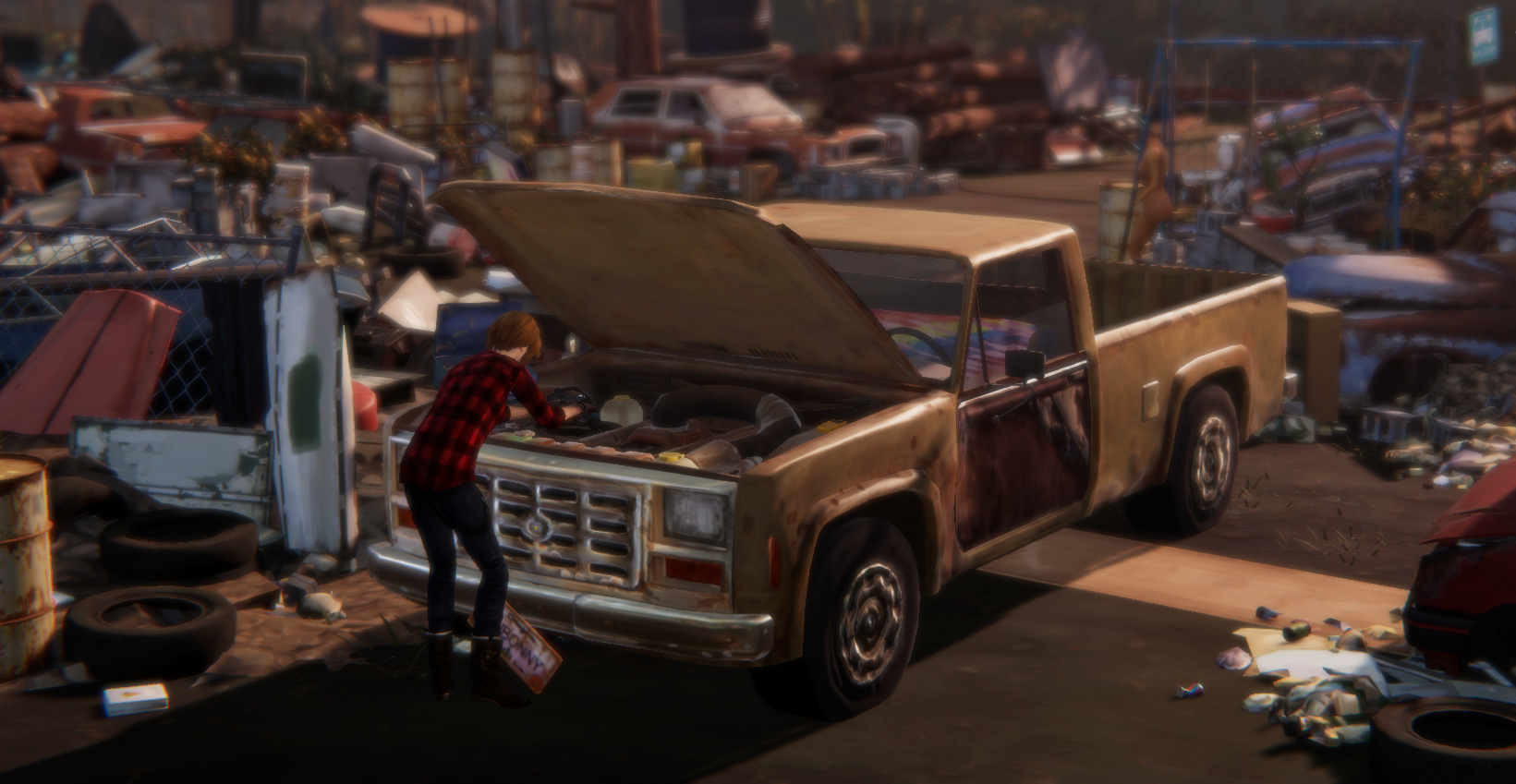 Note: This review has some spoilers for previous episodes of Life is Strange: Before the Storm, “Awake” and “Brave New World.”

The entirety of Life is Strange: Before the Storm has been a dramatic cinematic adventure from start to finish. This final chapter continues the roller coaster of emotions, delivering some extra dramatic blows while providing an ending to Chloe and Rachel’s story.

“Hell is Empty” begins right where the last episode dropped off, as Rachel discovers the truth about her birth mother, a drug addict named Sera who chose money over Rachel for the past fifteen years. From there, the majority of the game surrounds Rachel, and her decision—whether or not to try to meet Sera? At this point, the game is not really about Chloe anymore, but about how she can support Rachel through her struggles with her family.

Most of the gameplay involves Chloe doing favors for Rachel in helping her find her birth mom—from exploring her father’s office for clues to fixing up the truck in the junkyard. There’s less of a journey here for Chloe, as the game relies less on decisions and more on finding clues and putting pieces together. While this game had the biggest decision out of the three, it felt like the least emotional of the bunch.

While there is a lack of emotional gameplay at times, some of the pieces we see feel almost too dramatic in comparison to the previous episodes. There are so many high-stakes moments that it feels a bit over the top–from a seemingly normal character blowing up and getting on the verge of violence, to the final showdown in the barn where the first episode started. While a lot of these moments are sadly true to life, it verged on being too much for a game that only lasts three to four hours.

Despite this game choosing not to focus on Chloe, we do start to see the beginning of her becoming the character everyone knows from the first Life is Strange game, as she dyes a section of her hair blue in the first twenty minutes of the game. In the end credits, we see her full transformation into the beanie wearing, blue haired, tattooed badass from season one.

The gameplay itself aligns with the previous episodes, making decisions and turning seemingly mundane actions into interesting playable moments. While some of these pieces are incredibly enjoyable (I personally enjoyed the process of restoring the old truck) they can also get old after a while—there’s only so long I can spend looking for a towel before I just want to move the game along. However, what redeems these sometimes boring moments are the small mementos and pieces of Chloe’s life that add more to her story. This is when you get to explore the world around you.

In addition to the day to day activities and favors you do for Rachel, Chloe has a few moments in which she can use her back-talking ability, a piece which allows you to get into arguments and manipulate people into doing what you want. It seemed much more difficult this time around, and I lost my first-ever backtalk in a conversation with Elliot.

An absolute highlight of “Hell is Empty,” as with the previous episodes, is the music. Written and performed by Daughter, every song creates a beautiful and emotional atmosphere, making even the simplest of moments complex. Most of the time I didn’t even notice the music, but the game wouldn’t have had the same emotional appeal without it.

A great feature in this game is the way in which your choices from previous episodes come to life—from big in-game features to small, easy to miss ways. You can rediscover the couple you tricked in the first episode, and their dialogue will change depending on well your back-talking went. In addition, there’s a second chance to play a tabletop game—but only if you chose for Mikey to be the one who got hurt rather than Drew, and only if you made certain in game choices the first time through. The theme of choice is one that is ever prevalent in this game, giving every person who plays the game a completely unique experience.

Despite all of this, the ending big-stakes choice you make doesn’t feel particularly resolved. While the final cut scenes showing off Rachel and Chloe’s relationships are sweet, and show parts of the future, there were some other big questions that went unanswered.

With so much drama and not enough time to handle it and all of the other burning questions, “Hell is Empty” may have been better served as two separate episodes. However, it stayed true to the tone Life is Strange, and provided an inside look at the lives of these two characters we learned about in Season 1. While I don’t feel completely satisfied with the ending, I’ll just have to look forward to the Farewell episode coming in early 2018.

Life is Strange: Before the Storm

With beautiful music and a heart-wrenching story, the final episode of Life is Strange: Before the Storm provides mostly interesting gameplay and big decisions to mull over in spite of over-dramatic themes and a lack of resolution for some plot lines.

Born and raised in Los Angeles, Maddy has been addicted to video games since watching her dad play The Secret of Monkey Island when she was 5 years old (though it took her another 14 years to finish the game). In addition to playing video games, she's a proud cat mom, a lover of bad jokes and dark eyeliner, and a terror on the dodgeball court. Maddy is currently pursuing her MBA at UCLA Anderson and starting in June, she will be interning at Riot Games with the Player Growth department.
Related Articles: Life is Strange: Before the Storm
Share
Tweet
Share
Submit