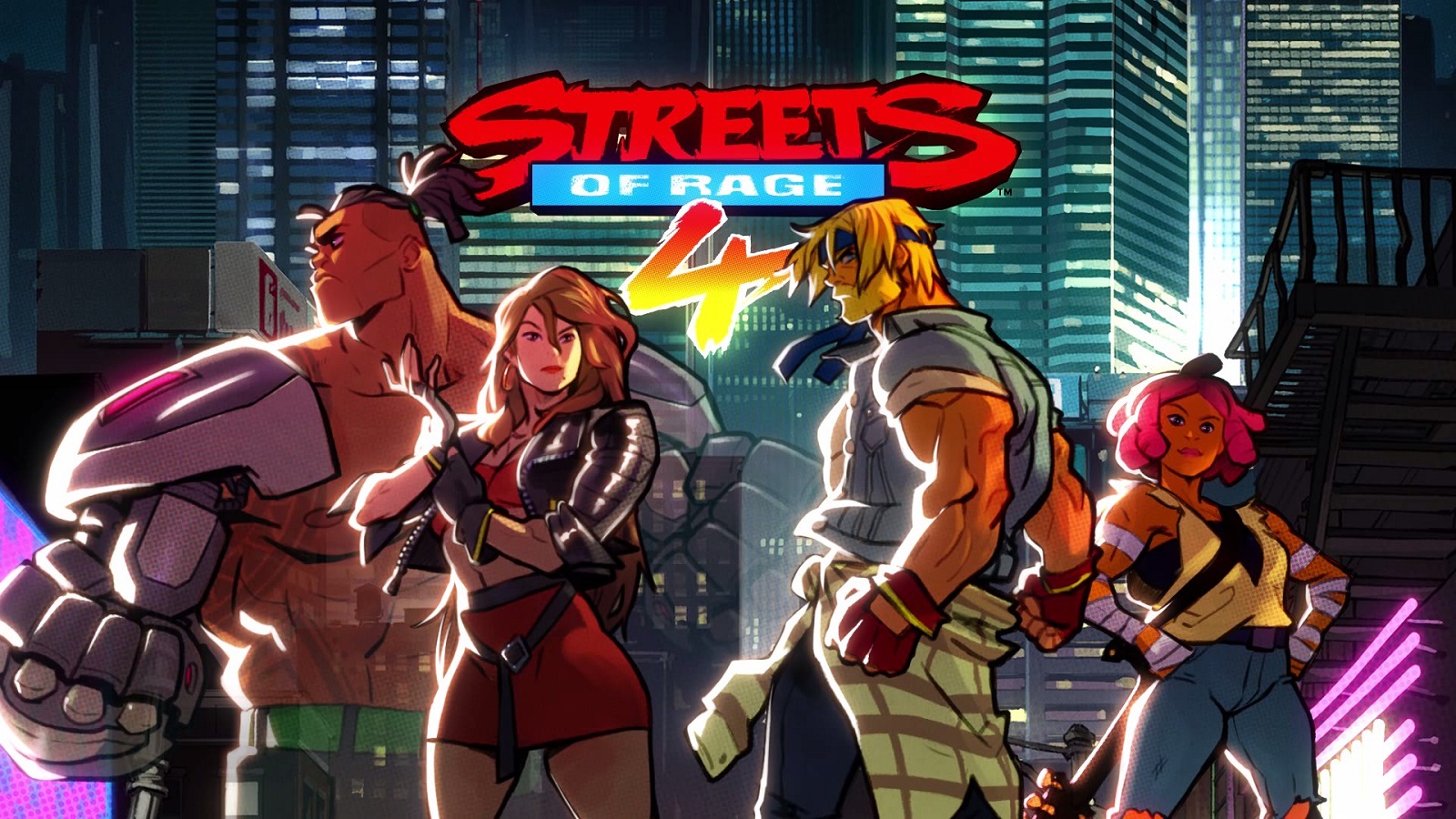 It’s been almost 26 years since the last time a brand new Streets of Rage game was released. The original Streets of Rage was released in 1991 on the Sega Genesis, Streets of Rage 2 would follow in 1992 (early 1993 outside of North America) and Streets of Rage 3 in 1994 would be the last time we saw an entry in the series. It’s probably fair to say that the side scrolling beat ‘em up genre of games that Streets of Rage, or Bare Knuckle as it is known in Japan, has waned in popularity over the years. Yet Streets of Rage has remained a firm fan favorite for all these years. Famed for its iconic characters, solid brawling action and a killer soundtrack scored by Yuzo Koshiro and Motohiro Kawashima the series has long been a must buy for collectors and a must play for any newcomers to the genre. Now finally in 2020 the long rumored fourth installment is coming out swinging with Streets of Rage 4, available on Windows PC, PlayStation 4, Xbox One, and Nintendo Switch.

Picking up 10 years after the events of the last game, a new crime wave has struck the city and it’s up to classic characters Axel Stone and Blaze Fielding, along with two new characters Cherry and Floyd to clean up the streets… of rage. When Streets of Rage 4 (Developed by Lizardcube, Guard Crush Games and Dotemu) was revealed back in 2018, I was excited but later felt a sense of caution. Sure, I wanted another installment but sometimes things are best left alone. I could only hope they’d get this one right and do the old Genesis titles justice while bringing the series into a more modern time. Well, it’s April 2020 and I’m glad to report that SoR4 is fighting fit. Fan-service can be a fine line to walk but if you’re going to do it, this is exactly how you do it well. 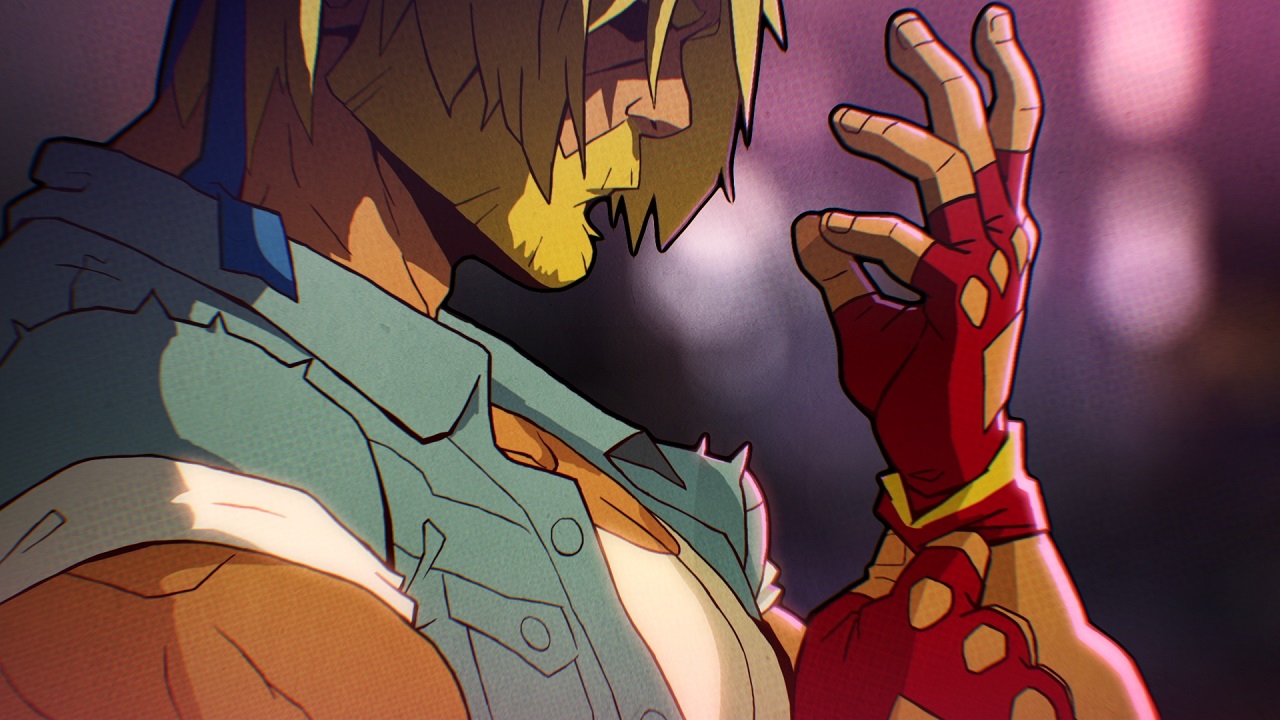 With a fresh, hand drawn visual style, the returning characters look as good as ever and their designs have thankfully remained very much intact. Over the years Axel has grown a beard and looks like he might have been hitting the gym, seeming a little more stacked than he was when we last saw him while Blaze is still rocking her long hair and short skirt. The new characters to join the fight are Cherry, who is the daughter of Adam Hunter (SoR1) and Floyd Iraia, the apprentice of Dr. Zan (SoR3).

Axel and Blaze play and feel like we’ve come to know and love with Axel being a well balanced fighter and Blaze being a bit quicker but more fragile. Signature moves like Axels “Grand Upper” are present and correct, as are more nuanced moves like hitting Up+Jump immediately after being thrown to avoid damage from landing. They’ve learned a few new tricks too, like being able to catch thrown weapons in mid air and a new “star move” which is a powerful attack that hits everything in range but has finite uses. The new characters are well implemented; both have a familiar feel to them while earning their own personality. Cherry is quick and swings her guitar to smash enemies, while Floyd is more of a tank, being powerful but slow with a few long reaching attacks to balance him out. They feel like the Skate and Max characters from previous titles while giving a new slant on each of those fighters. 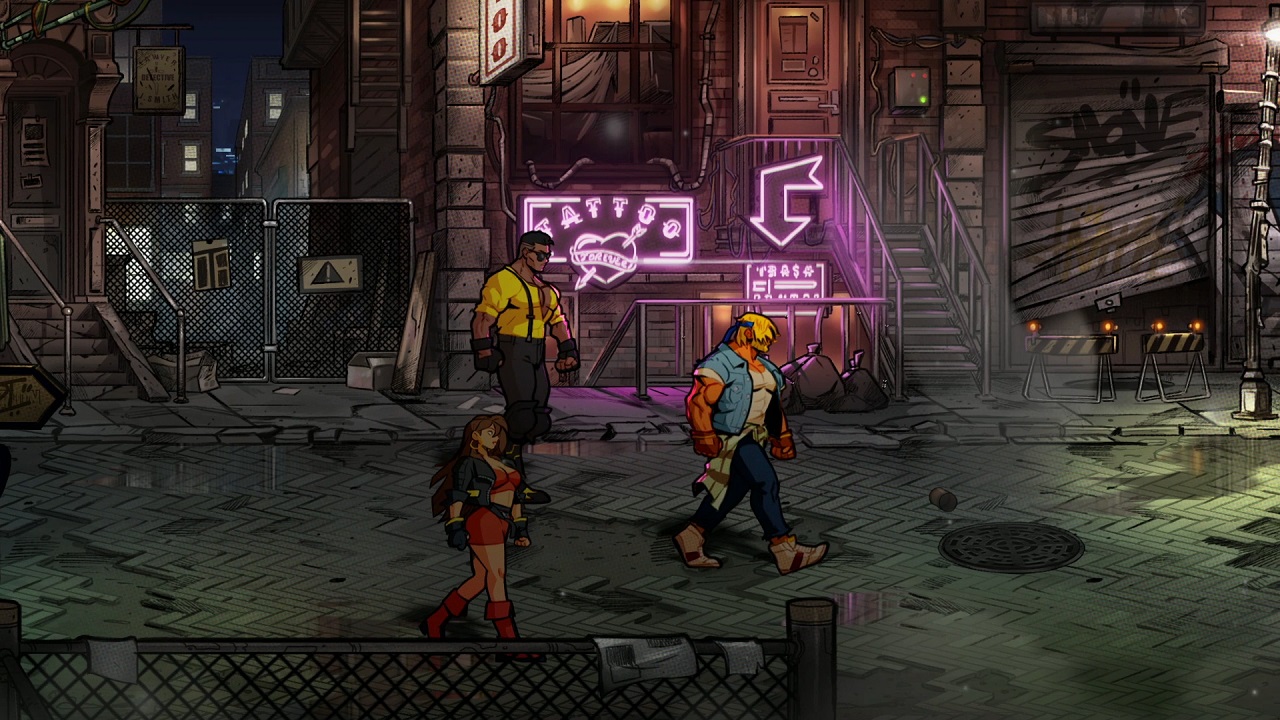 It isn’t just our heroes that have returned. Minor goons like Galsia, Signal and Electra (complete with whip in hand) are back and immediately recognizable in the new artistic style and are attacking in a familiar fashion. There are new enemies on the streets too, from biker women who charge at you helmet-clad head first, to enemies that’ll toss a kind of electricity based, area of effect, Molotov at you. Higher ranked thugs from earlier titles also show up and Streets of Rage 4 goes as far as to acknowledge them. They’ve given them lines of dialogue in the story sequences between stages, and it’s a nice little nod to the games that came before it. But, I won’t dwell on the who’s who any more for fear of giving away too many of the call-backs that are dropped into the game.

The new visual style is beautiful with a comic book-like quality; characters are slightly over the top but full of personality with each hero and enemy type looking distinct from the next with smooth animation and clean design. There’s some real attention given to the city itself too, as you fight through various streets, the police precincts, cargo ships, and backstage at a music concert. Little touches like reflections in puddles and steam rising from manhole covers really help bring the world to life and each location has a unique tone. As you punch, kick, and body slam your way to the final showdown, Streets of Rage 4 spares no expense on the soundtrack with tunes constantly pumping that are truly deserving of the series. But for those old school purists out there, there is a “Retro Soundtrack” option in the audio settings which does exactly what you think it does. I played through the game once with the retro soundtrack enabled but the new tunes really are awesome and blend right in. 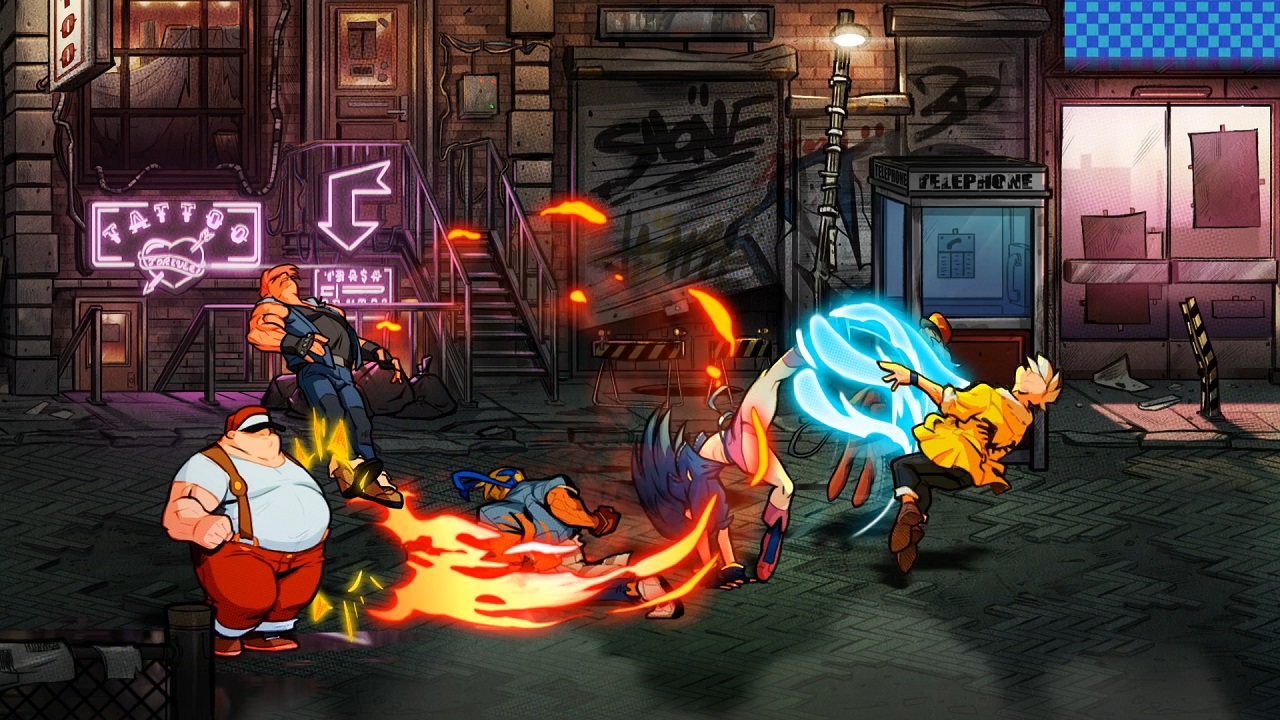 Controls work well with a thumb stick but the game feels better when using a D-Pad, with moves like dash attacks being easier to pull off. You can also elect to use either dedicated buttons for things like back attack and the special star move, or keep it old fashioned and use button combos to execute said moves. I chose to use an 8BitDo M30 for that more authentic Sega Genesis experience and it felt right at home. The game packs in some nice little Easter eggs for old fans and has some cool unlocks as you play through and earn a higher score. There’s also character bios with individual stats for each in the options menu that show you what the fighters look like in the previous games they appeared in, as well as a collection of concept art.

There are also a couple of play modes available. Story is the main event; there’s enough game-play here to keep you going for a few hours on normal difficulty but where Street of Rage 4 shines is in its ability to lure you back in. Once I had beat my first play-through, I was jumping right back in on a higher difficulty with another character and I can see myself playing through the whole thing many times over just as I have with the games from the 90’s. Arcade mode is the same as story mode but you get just one credit and no saves, so this is the original Genesis style Streets of Rage. Boss Rush mode is just that; all the game bosses, one life, get as far as you can. There’s online co-op too but unfortunately I was unable to test this prior to launch day. I did, however, spend countless hours playing older entries in co-op mode with friends, so I’ll look forward to that once Streets of Rage is out in the wild.

Streets of Rage 4 proves to be a heavy hitter, paying homage to the beloved series while not being held back by what came before. The new art style shines, the soundtrack is as good as ever and I enjoyed every minute of it. It’s a game I’ll be revisiting for a long time to come. Day one purchase worthy game.

Devo is a life long gamer and tech enthusiast, spending as much time striving for the perfect setup as he spends actually playing. Living in Wales UK with his partner and two dogs, he can be found cycling, tracking down his latest Sci-Fi viewing fix or blasting out his favourite heavy metal hits
Related Articles: Indies, Streets of Rage 4
Share
Tweet
Share
Submit