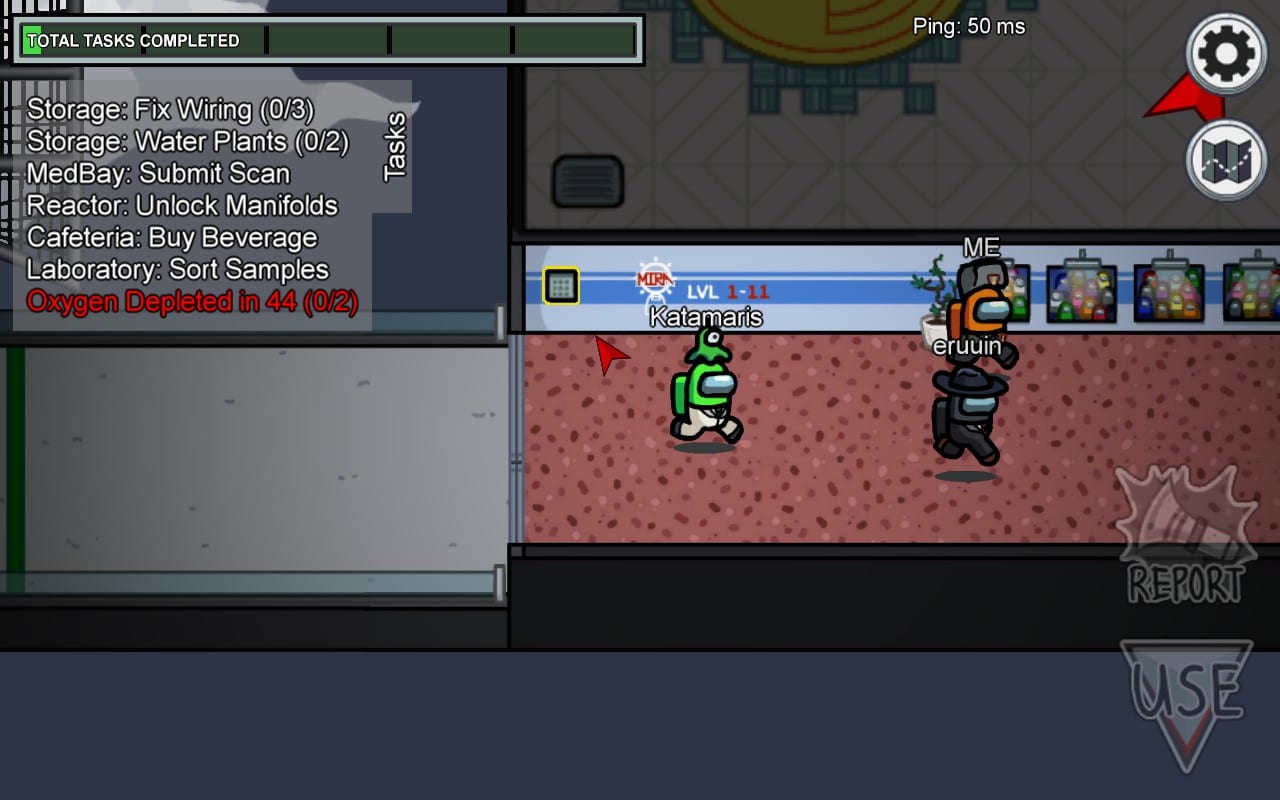 After a couple months of being the premier meme game, what else is there to say about Among Us? Originally released in 2018, this social deduction game has been the favorite of streamers and casual gamers alike, and there’s nothing like a simplistically entertaining game and brilliant execution to bring everyone together. 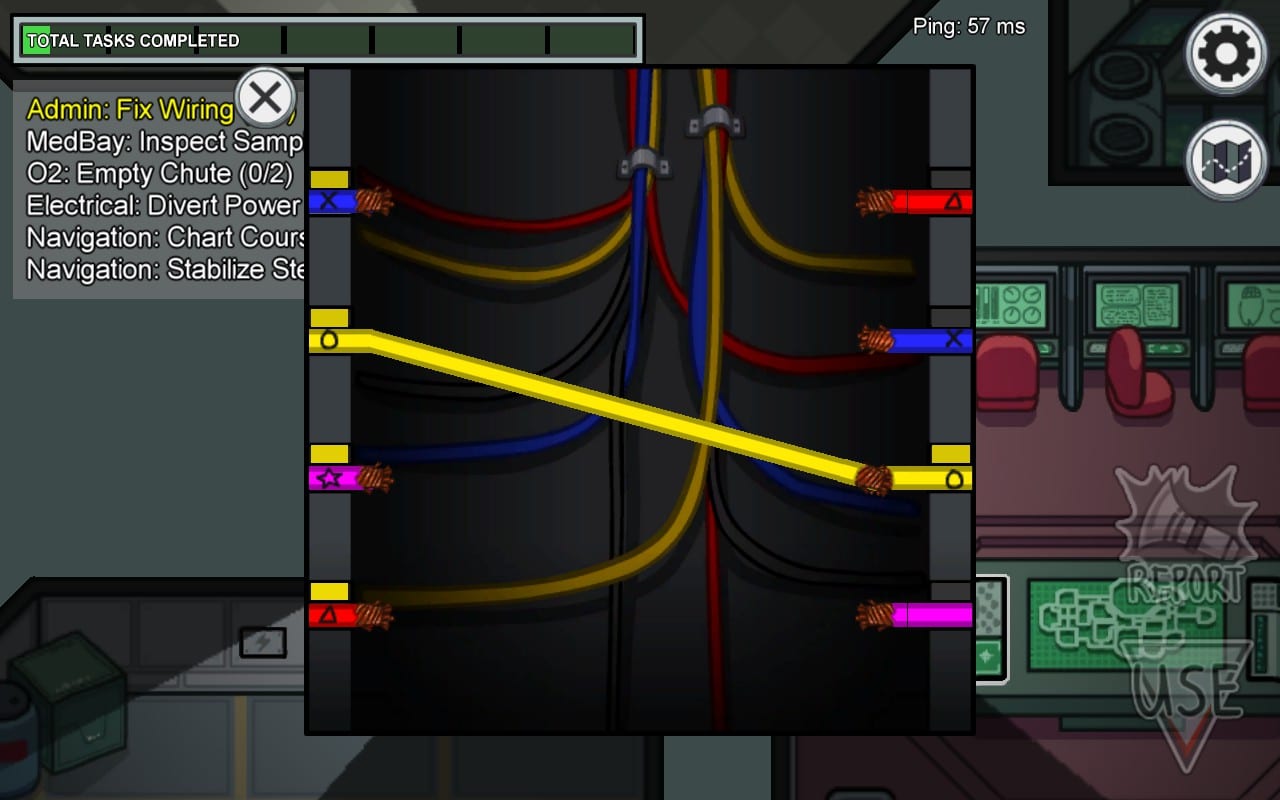 Among Us is a party game for 4 to 10 players which puts you in the role of either a crewmate or an impostor. You choose one of three maps (more will be included in a future update) and will have to perform simple tasks around the ship in order to succeed. While everyone has goals to complete, impostors can also kill unsuspecting crewmates or sabotage the ship, the latter of which will trigger additional tasks that crewmates must complete in order to continue their other goals. Impostors win if their current numbers are equal to the amount of other crewmates (so, if two impostors remain, whittling down the current party to four players will cause impostors to win), or if their sabotage attempts succeed. They also get the added ability of traveling through vents in order to secure a quick kill or evade the prying eyes of others.

On the other hand, crewmates will succeed if they can all finish their tasks or eject all the impostors out. They can do this by either reporting a body which has been killed or by holding an emergency meeting. During these meetings, the chat box opens, allowing those who are still alive to talk amongst themselves, while those who have died can observe and talk with other dead players. After a certain amount of time, players will choose to vote out one person, and whoever gets a majority of votes gets voted off the island… erm, ship. 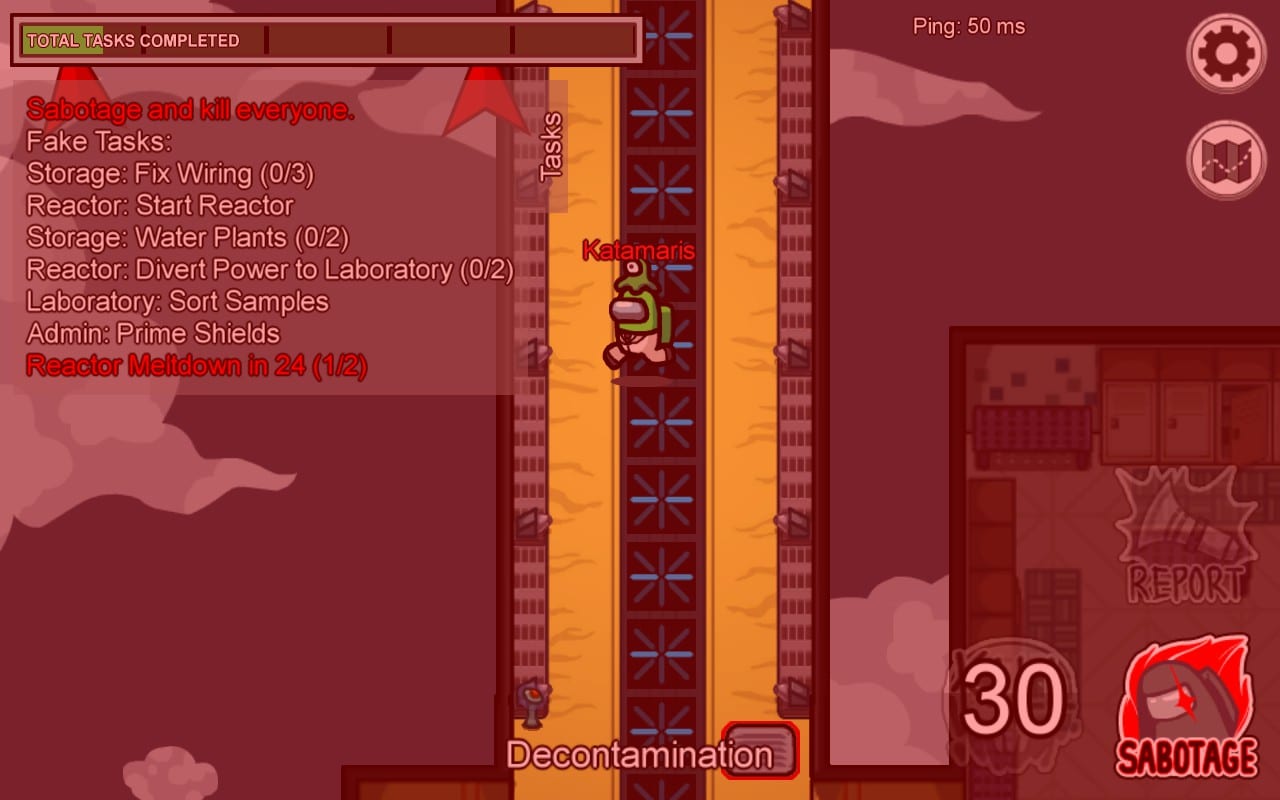 The premise is simple to grasp and acts more like a party game in that the tasks are simple to perform, with the biggest challenge coming from hiding or covering your true identity. Because impostors have a kill cooldown and emergency meetings have a cooldown and number limit, both teams will have to be sly and careful in order to win. Do you run away from your fellow crewmate that’s been following you around, or cooperate with them in a strength in numbers play? Perhaps you’re an impostor and need to sabotage the ship by depleting it of oxygen; are you sure you won’t trigger an emergency meeting?

These quick decisions are available to all players, and half of the fun is the pick-up-and-play mentality of the game itself. Interrogations can get into Ace Attorney or Danganronpa territory should you ham it up in the meetings, and I think it’s great to try to make the impostors crack under pressure. It’s also neat that Among Us supports cross-platform play between PC and mobile users, which means you can easily find a game and play with others no matter what you have. As a side note, the mobile version is ad-supported but free, with the PC version giving you some hats as a way of saying thanks for paying $5 to support the developers. 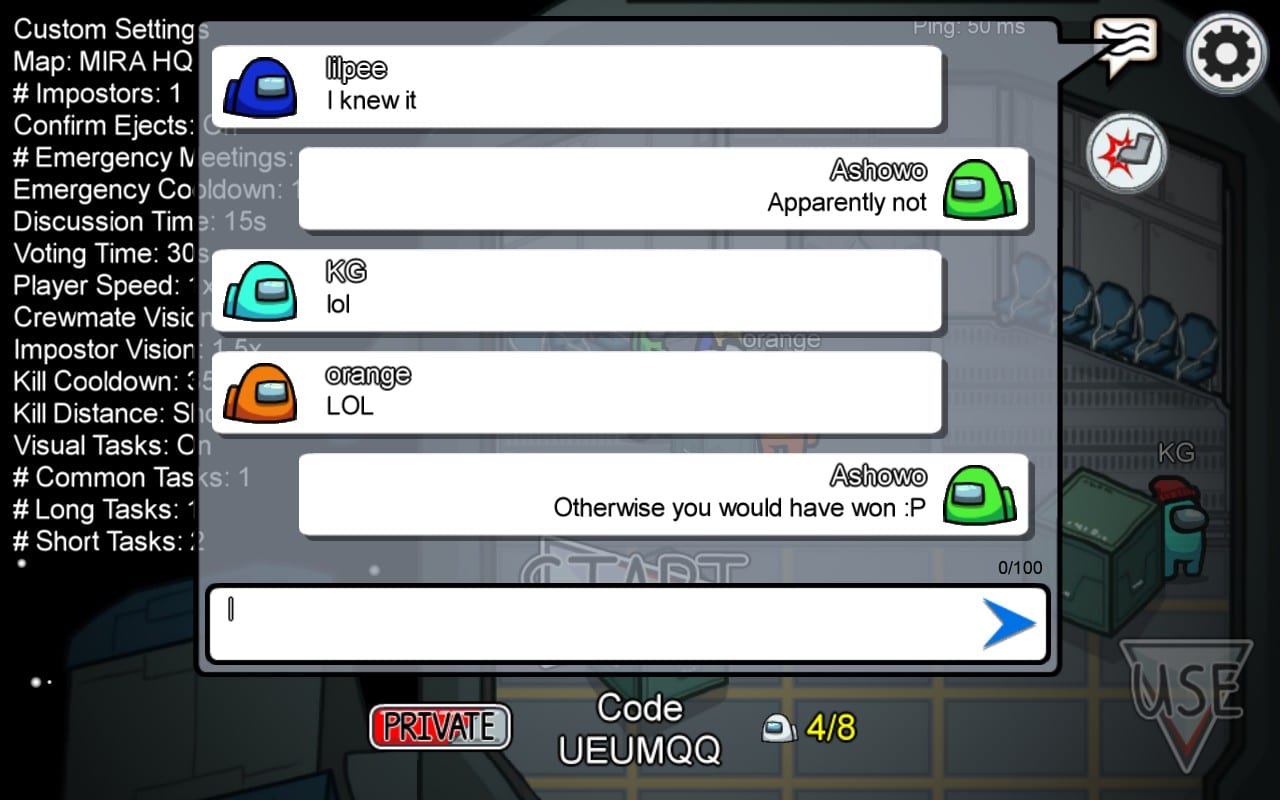 The tasks, on the other hand, are a little hit-or-miss. Since they’re optimized for mobile play, a lot of the tasks are simple touchscreen maneuvers. They can be as easy as pressing a button or twisting a lever, but some longer ones require more attention and patience. This contributes to the hectic paranoia that someone could kill you as you’re in the middle of a task (and the animations that follow are horrifying yet over-the-top), which keeps you on your toes. However, some tasks are nothing more than “wait for a long time” in the case of Diagnostic or another task where you have to play a slow-moving game of Simon Says. (And don’t even get me started on “Admin: Swipe Card”!) Thankfully, the fun tasks outweigh the bad ones, and you’ll find out which order is optimal in order not to die while on the job. 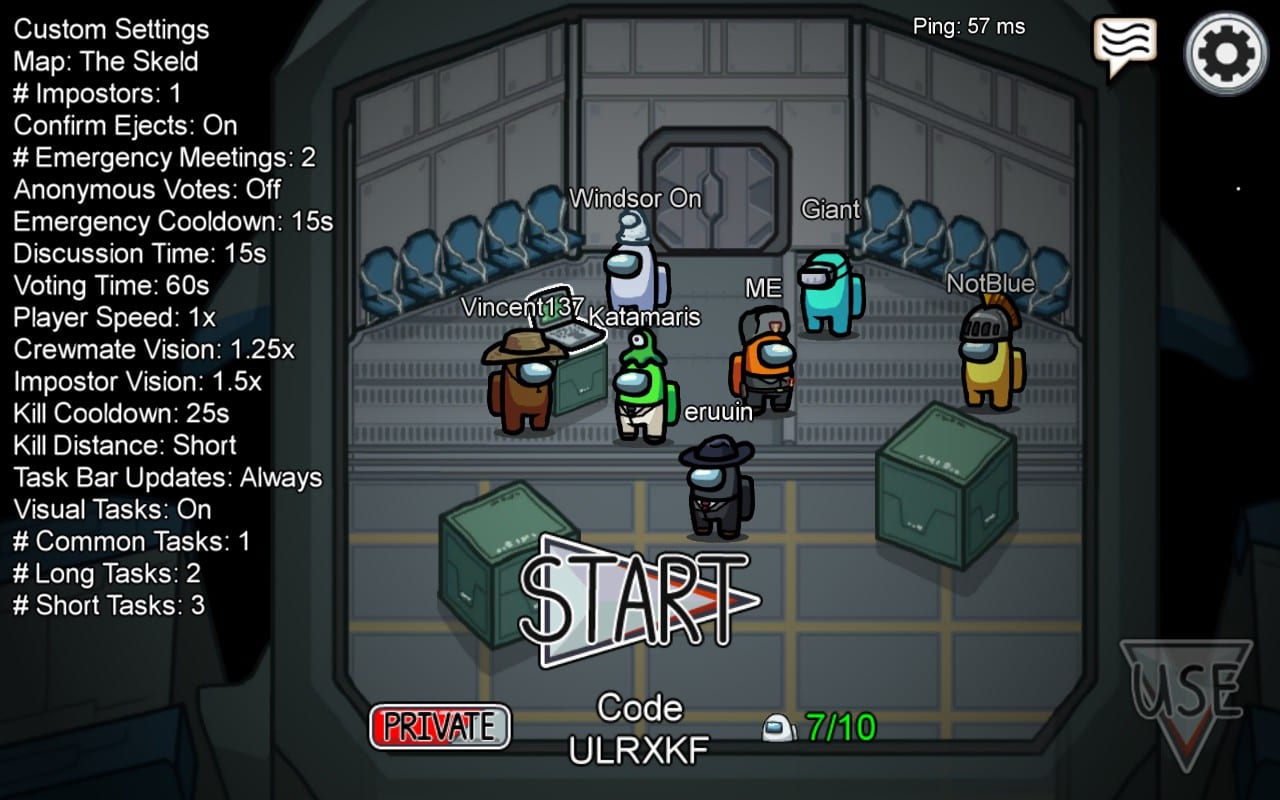 The best part of Among Us is the fact that it’s a blast to play with friends no matter how far you are. If you’re social distancing and want a fun time, just grab a few buddies and start playing! The setup is simple, but unfortunately it’s sometimes not as quick as one might hope. This is due to the fact that the game exploded in popularity over the past few months, and even with constant patches and updates, there are times when I would be booted out or disconnected for no reason, and sometimes servers would be clogged up. This hasn’t been a problem in recent weeks with the aforementioned updates, but it can be a minor inconvenience sometimes. 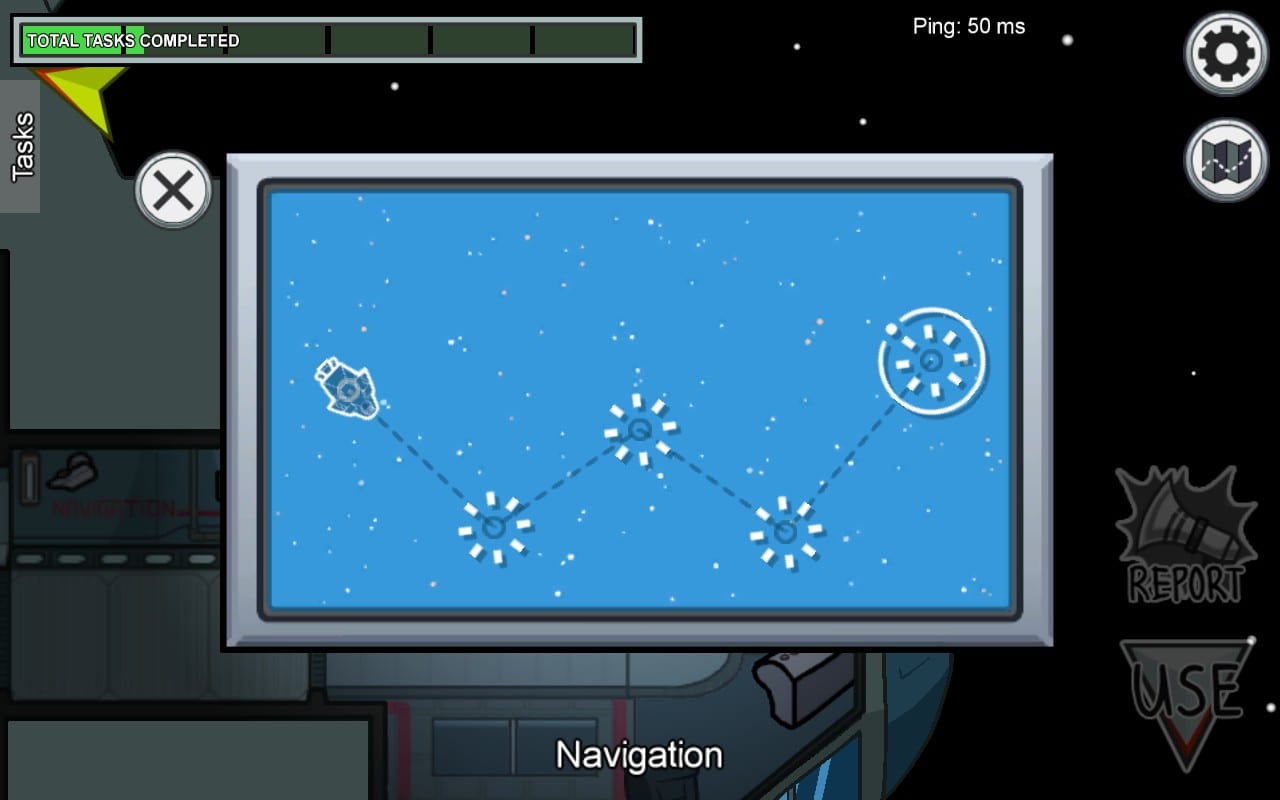 While it’s a matter of preference, I would also recommend playing a game with a majority of friends compared with random public players; it seems that strategy and even common decency goes out the window during public games, with disconnects, foul language, and other unsportsmanlike behavior frequently happening. That said, if you can weather the storm, public games have a hilarious atmosphere where you can suddenly win just because everyone drops out or just ejects people based on snap judgments.

Among Us is the perfect party game to play in short bursts or in a livestreaming environment. With an addictively entertaining premise, simple controls, and a brilliant execution, if you haven’t played the game yet, you need to right now.

Elisha Deogracias is an aspiring accountant by day, freelance writer by night. Before writing for Gaming Trend, he had a small gig on the now defunct Examiner. When not being a third wheel with his best friends on dates or yearning for some closure on Pushing Daisies, he's busy catching up on shonen manga and wacky rhythm games. Mains R.O.B. in Smash. Still doesn't know if he's a kid or a squid.
Related Articles: Among Us, Indies
Share
Tweet
Share
Submit