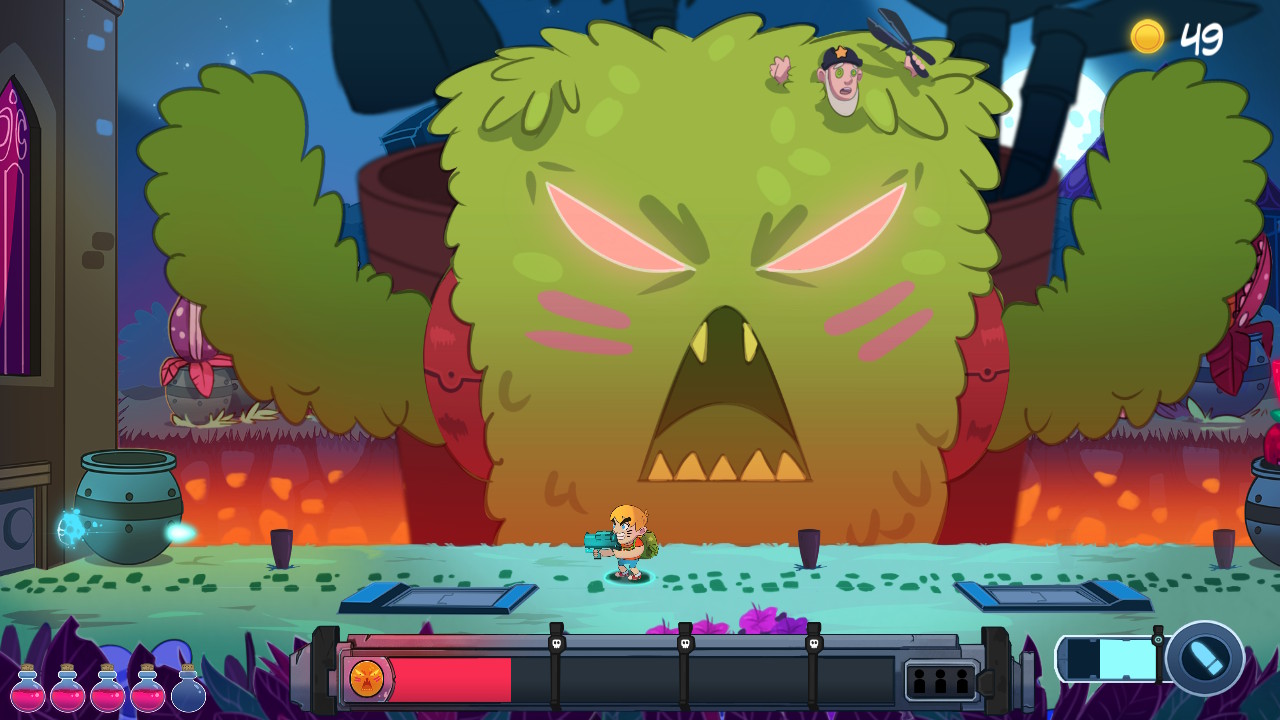 I wish I could go back and experience Cuphead with fresh eyes; the run-and-gun boss battle formula was perfect, and I’m hankering for that difficult yet balanced feeling. While I haven’t been able to replicate that feeling since, there have been a few games that have scratched the itch. Max & the Book of Chaos is one such title, and while it does have a few missteps and things to improve on, it’s a solid few hours of satisfyingly difficult gunning gameplay. 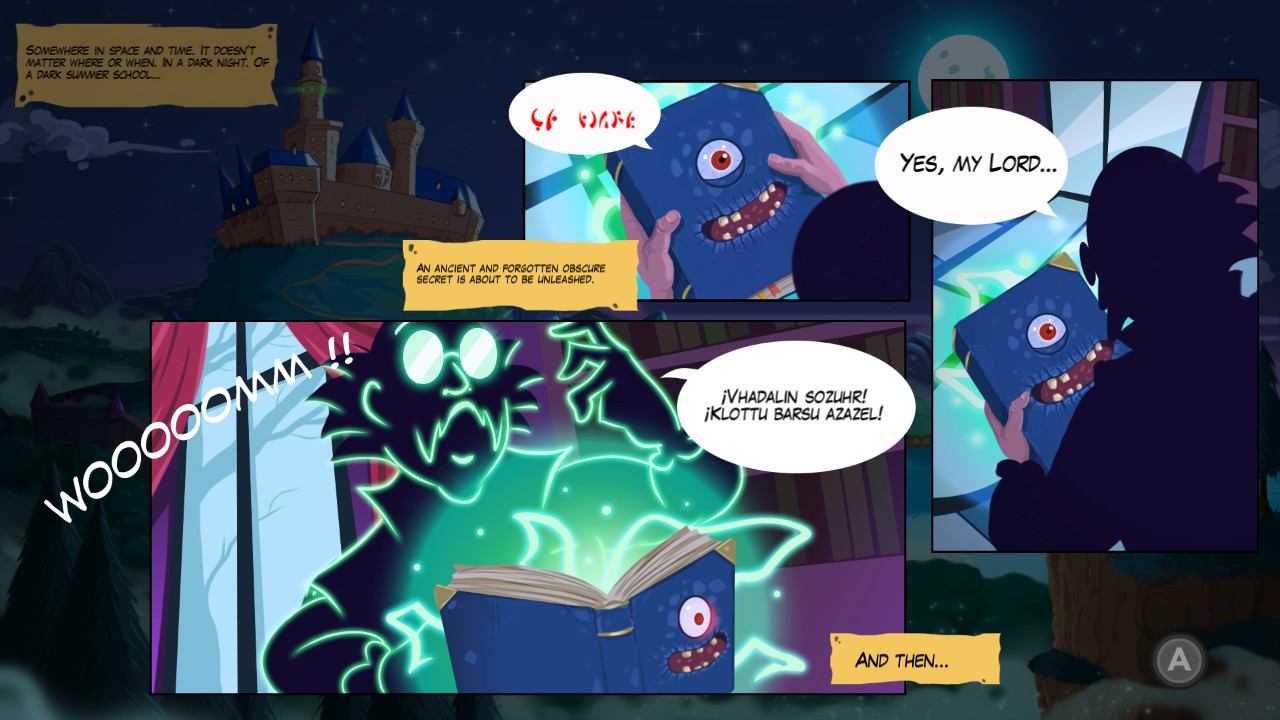 Max & the Book of Chaos stars Max Raccoon, a boy with an incorrigible knack for mischief (and yes, he’s basically a Naruto Uzumaki ripoff, hence the last name and whiskers drawn on his face). While at summer school, the titular book goes off the rail, possessing random school staff and capturing students throughout the campus. It’s up to Max to save the day as he rescues his friends from peril.

While we’re here, I want to say that while the run-and-gun action genre isn’t known for its story, the narrative presented here is relatively weak considering text-only cutscenes are frequent here. I didn’t enjoy the writing, and there were quite a few grammatical errors within the dialogue boxes. The humor didn’t really stick either, and after a while I just kept mashing the A button in order to continue getting to the good stuff. 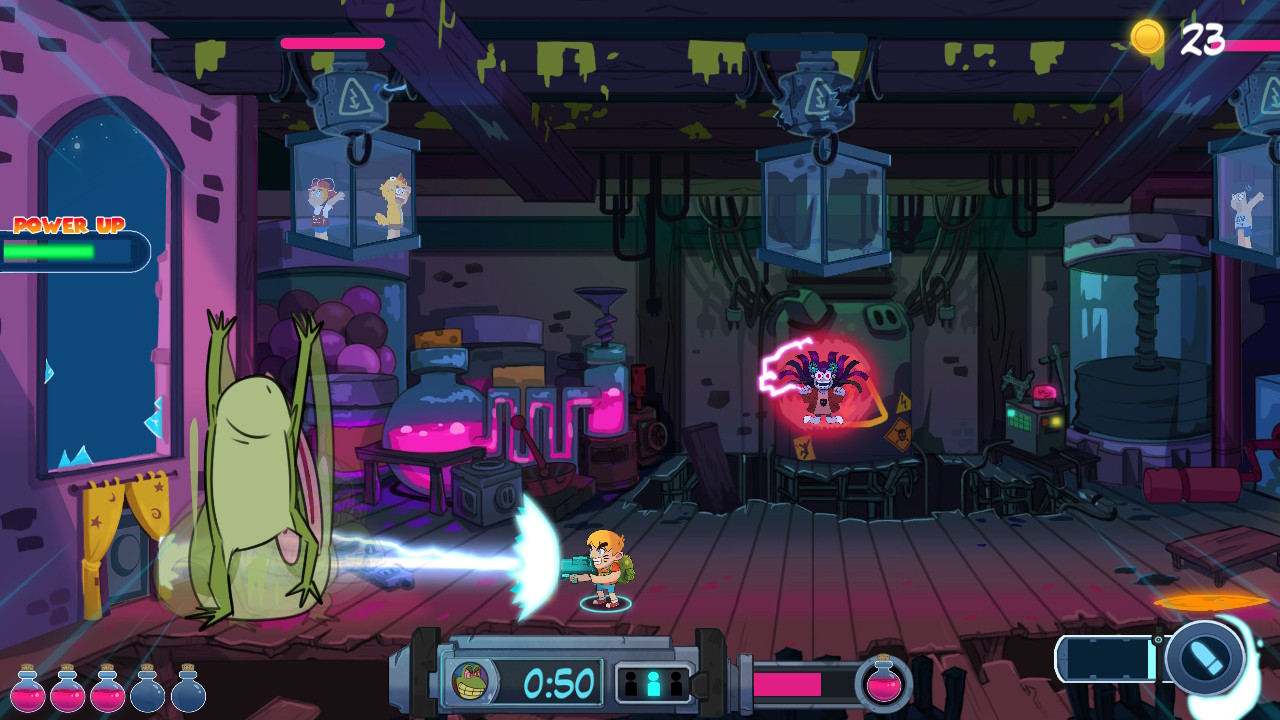 That said, it’s some pretty good stuff. The game is divided into three worlds (with two more “worlds” consisting of multi-phase bosses) of six levels each. During these segments, you’ll control Max as you have to survive a set amount of time while freeing your friends that are in cages above the stage. You have a basic peashooter that you’ll use in order to destroy enemies, though by hitting them without getting hit yourself, you’ll build up a limited time charged shot that will mow down anything in your way for a few seconds. Additionally, by destroying enemies around you, you can also pick up powerups that act like limited time shots such as missiles and a triple shot technique. If you run out of health, you’ll have to start the stage from the beginning, but since the regular stages last at maximum a couple minutes each, this isn’t too much of an issue.

The main gameplay loop is satisfying and fun to repeat; the addition of your friends in cages is a great risk/reward mechanic as well. When I first played this game, I thought I needed to immediately free the children in cages, but unfortunately by doing that, the playing field will be overrun by enemies that you’ll need to constantly dodge. Rather, you should balance destroying the cages while managing enemies, especially since some of the ones in later stages of a world can take some punishment. 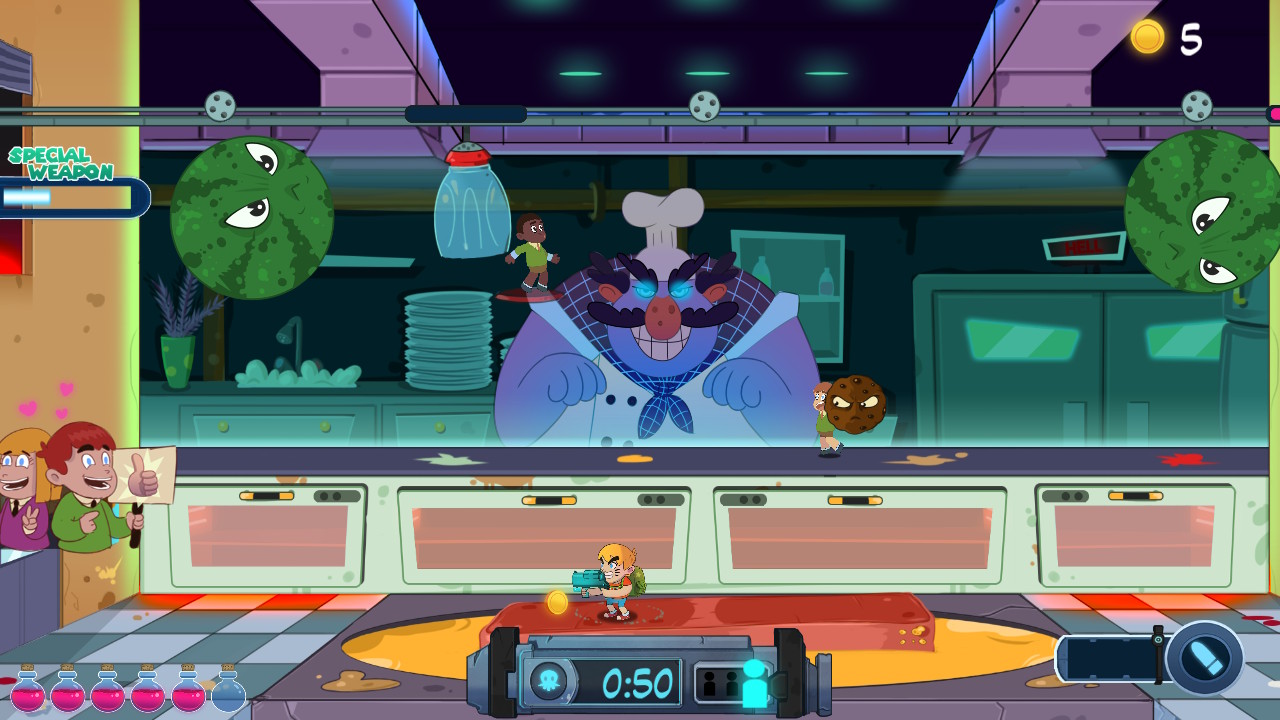 There is an incentive to save your friends, as destroying each cage before the time runs out will grant you a star (up to three a stage). You can use these to purchase upgrades in the in-game store, which will help immensely (there are also upgrades you can purchase with coins left by enemies as well). You’ll also need at least 10 stars in order to challenge the boss, though considering there are 18 per world, you don’t have to save everyone if you just want to advance the game. It’s a nice little progression system that will allow completionists to aim high or for those that need assistance with grabbing upgrades to try again. The upgrades themselves are significant enough that it’s in your best interest to try and do better in order to obtain them.

Personally, I like the short length of these stages, as it balances with the number of enemies you’ll have to defeat. The developers have compared this game to titles like Super Pang (Buster Bros. over here) or Contra, but I like the Cuphead comparison a bit better, especially when it comes to bosses. The first three are the strongest points of the game, as they’re difficult without being too unfair. It’s also fun to learn their patterns, which enticed me to play through the game on original difficulty here.

While I did enjoy Max & the Book of Chaos for my three or so hours to play through the game, there were some notable problems worth mentioning. For example, I didn’t like the two final bosses that the game throws at you. Even on easy difficulty, they act as damage sponges with no huge windows of opportunities to attack them, and even then, their attacks are cheap and frequent. The final boss, the titular book of chaos, includes some underwhelming platforming that doesn’t belong in a game like this; I would have excised those sections immediately. In addition, all of the bosses have a tendency to mix up their visual animations so that it looks like you took a hit when you really didn’t. This tripped me up quite a few times and I thought that I got hit with an attack… only to get hit with a completely different one because I wasn’t looking at the right thing to avoid. 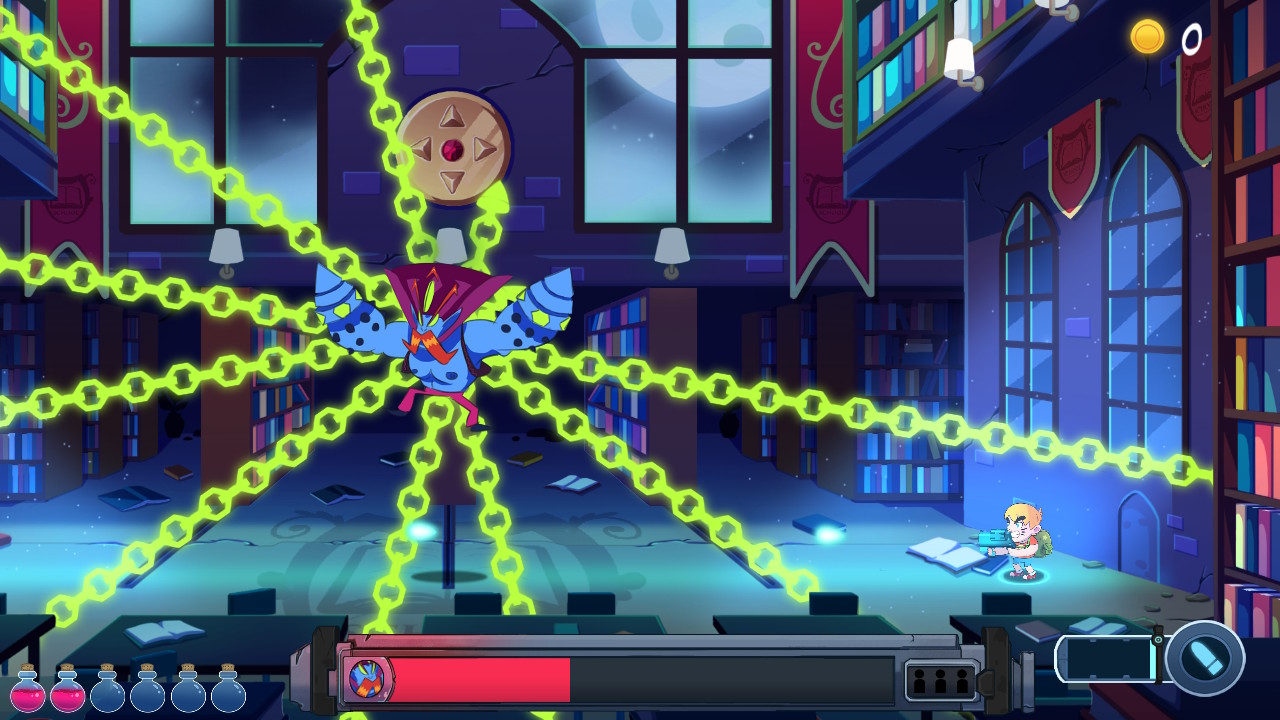 To add to these issues are the performance hitches. If a stage has more than a few enemies, the game starts to slow to a crawl. Luckily, this only happened a handful of times, but I wouldn’t take this game to be too intensive on Switch. It’s noticeable, and while it didn’t cause me any undue deaths, I would have liked to have a smoother experience playing this. One other issue I encountered was with the “invincible while dashing” upgrade (i.e. the smoke bomb from Cuphead). Even when I equipped it, it didn’t seem to work and after a few futile attempts, I decided to unequip it and go for something else.

Max & the Book of Chaos

Max & the Book of Chaos is a fun action game that’s plagued by its numerous faults. However, if you can look past the unpolished areas, there’s a solid game that has some cool boss battles and great progression.

Elisha Deogracias is an aspiring accountant by day, freelance writer by night. Before writing for Gaming Trend, he had a small gig on the now defunct Examiner. When not being a third wheel with his best friends on dates or yearning for some closure on Pushing Daisies, he's busy catching up on shonen manga and wacky rhythm games. Mains R.O.B. in Smash. Still doesn't know if he's a kid or a squid.
Related Articles: Indies, Max & the Book of Chaos
Share
Tweet
Share
Submit