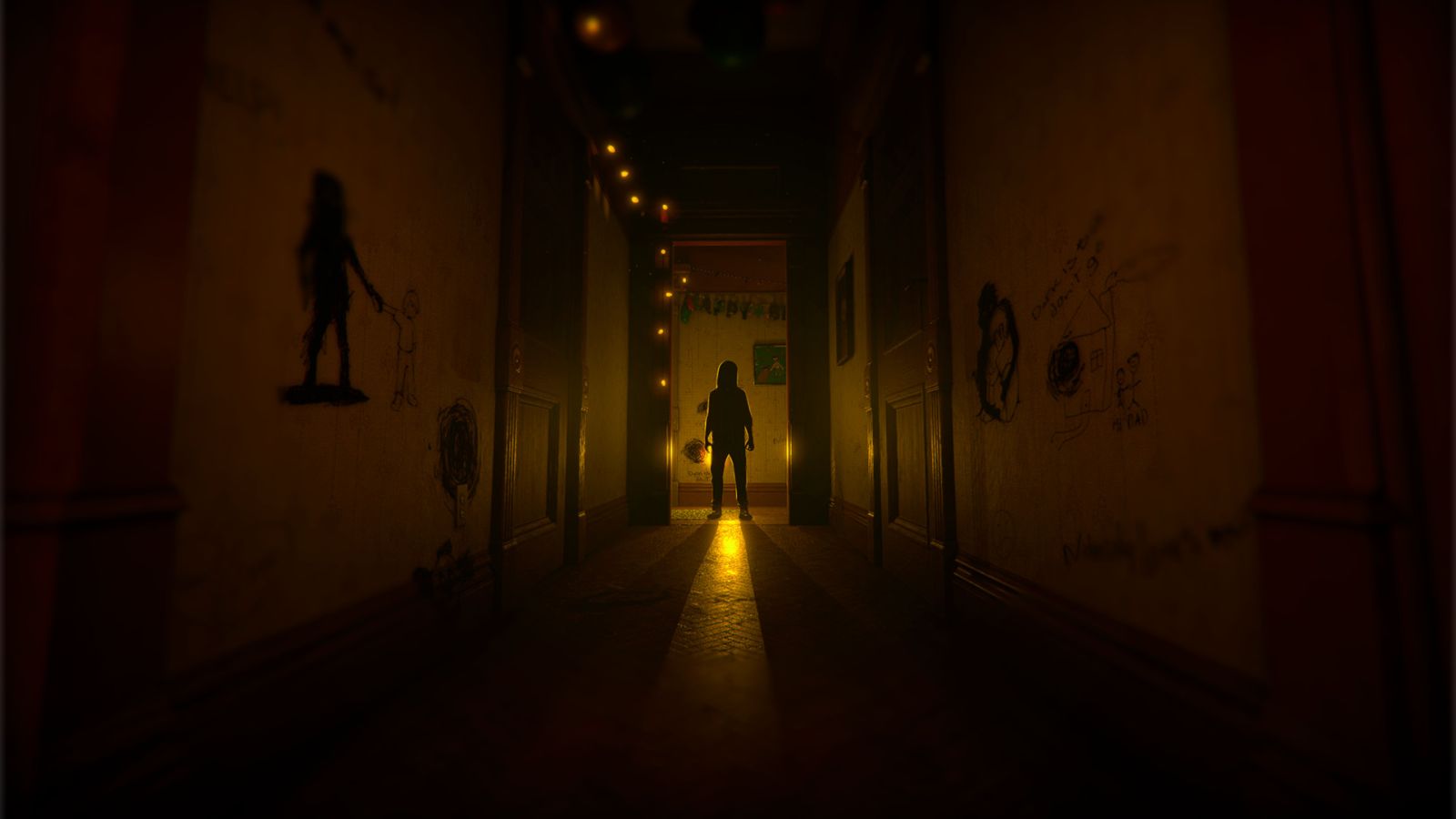 Virtual reality is tailor made for horror games, but all too often they rely on creepy things and cheap jump scares to achieve their heart-thumping results. What they lack, however, is tension, and Transference has it in spades.

Transference is the collaboration between Ubisoft Montreal and SpectreVision, a film production company focusing on horror movies founded by Elijah Wood and directors Daniel Noah and Josh C. Waller. The game focuses on a scientist named Raymond, his wife Katherine, and their son Benjamin. Raymond, breaking potentially every possible ethical oath he’s ever made, has figured out how to transfer his mind into the digital space. Unfortunately, he has uncovered this breakthrough by performing experiments on his own family, causing horrible and possibly evil outcomes to creep into their now-digital minds. You’ve been assigned to investigate what happened to the family, but can you uncover the truth without succumbing yourself?

How much of this world is real? How much is in your mind?

As you explore the tiny home of Benjamin and his family, you’ll slowly uncover the world this family has lived for the last few years from each of their perspective. As you embody a family member, you’ll find that some aspect of their memory is corrupt, often needing an object in the environment that is out of place. There are a lot of objects that you can pick up and manipulate in the house, and each one is highly detailed and provide some inferred or direct background about the psychological damage that Raymond has caused to his loved ones.

The world of Transference is meant to be unsettling. And it is.

In practice, the puzzles are fairly straightforward, and this is likely purposeful to keep the player moving forward. This works for the person using the HMD, as well as for anyone who might be observing on an external monitor. The puzzles are usually heavily outlined, keying the player in on what’s necessary to be done to move the story forward. This can be a door knocker that’s missing, indicated by a crazy wavy line around where you’d expect a door knocker to appear on the door’s surface. Your job then becomes to explore the space until you find the knocker and carry it back to be placed on the door. Since the game doesn’t have an inventory, the puzzles remain fairly simple and closely located to their solutions throughout.

Every member of the family turns in an excellent voice performance, and Benjamin’s videos are downright unnerving. His slight visual ticks are off-putting, revealing something truly disturbing behind his otherwise teddy bear-like appearance. These are a real highlight, and I can only wish that there were more of them.

I am happy to report that Transference is a thankfully zero-nausea experience. As there are no free movement options, there is little opportunity for any sort of interaction that might cause you a headache. This makes is a great game for newcomers, and its bite-sized nature should help those same new players start to build their VR callus.

Not everything you encounter here is friendly.

Transference is, at its most base description, a bit of a walking simulator. That is to say that most of the interaction is picking up objects, looking at them, observing your surroundings, and listening to the things going on around you. It’s also one that can be completed in roughly an hour and a half of time, if you are paying attention. Much of Benjamin’s story is told through shoddy VCR videos, and these can be found by exploring the environment and find the collectables. What’s odd is that these are dropped into the main menu of the game instead of being integrated into the storyline of the game. These videos serve to extend the creepy feeling in the pit of your stomach about what Benjamin is doing to his family, and could have done a lot to cement the storyline and why he’s doing all of this, but instead ends up feeling like items on the cutting room floor.

Repairing holes in the sequences can help heal the fractured minds underneath.

There is one aspect of Transference that hearkens back to directors Daniel Noah and Josh C. Waller’s previous work, and that is that the game happily leaves the player with far more questions than answers. It doesn’t seal up the story with a neat little bow, nor does it simply set it up for a cheap sequel tie-in. While Transference does have limited playability, it’s also bite-sized enough to be a great demo for anyone you’d like to introduce to the VR horror genre.

Transference is an interesting experiment in the blending of horror and virtual reality. Noah and Waller deliver a stressful experience that pushes the player into an uncomfortable space. While the puzzles aren’t going to bend your brain, the tension is more than worth the trip...and it is very much a trip.

Ron Burke is the Editor in Chief for Gaming Trend. Currently living in Fort Worth, Texas, Ron is an old-school gamer who enjoys CRPGs, action/adventure, platformers, music games, and has recently gotten into tabletop gaming. Ron is also a fourth degree black belt, with a Master's rank in Matsumura Seito Shōrin-ryū, Moo Duk Kwan Tang Soo Do, Universal Tang Soo Do Alliance, and International Tang Soo Do Federation. He also holds ranks in several other styles in his search to be a well-rounded fighter. Ron has been married to Gaming Trend Editor, Laura Burke, for 21 years. They have three dogs - Pazuzu (Irish Terrier), Atë, and Calliope (both Australian Kelpie/Pit Bull mixes).
Related Articles: Transference, VR
Share
Tweet
Share
Submit