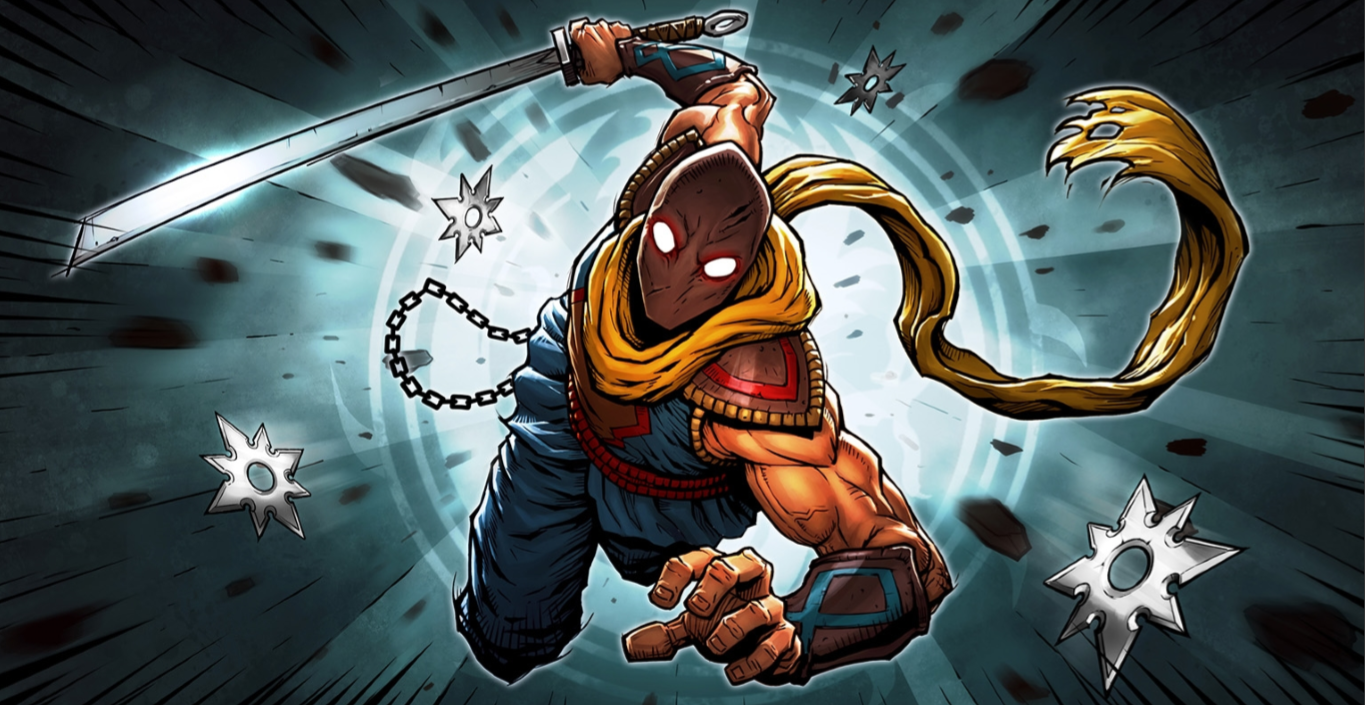 Each time Shadow Blade Reload takes one step forward, it also takes two steps back. Indie developer Dead Mage’s recent 2D hack-and-slash, action platformer is a quick-moving, visually appealing trip through an interesting world. But too many missteps involving difficulty and poor voice acting create more than enough dull potholes to hold the game back from being very memorable once it’s all over.

Players assume the role of Kuro, the last remaining ninja of his clan. When rival groups make an attack on Kuro’s dojo, taking his master as hostage, he sets out to defend his honor  – avoiding enemies and traps along the way. It isn’t long before Kuro uncovers a power struggle among clan leaders and becomes the world’s only hope from a millennia-old secret.

The story isn’t impressive, but it suffices enough to give the game context and purpose. Cutscenes are presented in a moving comic panel style and a lot of care has been taken to make these a real draw. Each panel is visually striking and well composed, making every scene fluid and appealing. Their main shortcoming, though, is the game’s distractingly bad voice acting. The delivery is dull and uninspired, and can often pull players out of the moment, detracting from otherwise great looking visuals.

Shadow Blade is a very good-looking game in motion. Every level has a distinct look; ranging from a feudal Japanese setting or a steampunk-esque city skyline, each has its own style and feel. The whole game feels like playing a cartoon – albeit a violent one – with bright colors catching the eye all around and quick, fluid movements giving the entire game a smooth feel while jumping around each level.

Taking a card from games such as the Hotline Miami series, Shadow Blade thrives on speed, violence, and quick thinking, requiring players to never stop moving, always being one step ahead, and ever-cognizant that death is merely a hit away – for enemy and self. Chaining together attacks, evading the game’s numerous traps, and simply platforming around the game’s seven chapters can be exhilarating as the game never lets Kuro stand in one place for too long, but after awhile it can become monotonous as the game’s difficulty rarely ramps up.

When each level can be beaten in only a couple of minutes, the game robs itself of creating a learning curve for players by staying around the same difficulty for the majority of the campaign. Before too long, each level feels like a lot of the same – run, jump, attack, evade, and repeat. There are some exceptions to this, when a platforming section will require special precision or rhythm, or during the game’s handful of boss battles, where the game does have a spike in difficulty; but for the most part these instances are few and far between. More often than not, levels begin to feel very similar and easy, never asking for much from the player and quickly becoming forgettable and tedious.

Once each level is beaten, a “hardcore” mode is unlocked, offering a better challenge, changing level layout, and giving the game some replayability. Leaderboards, challenges, and collectibles scattered around levels are also fair incentives for players to keep booting up Shadow Blade. But the main reason to keep going back is the game’s “Dojo Editor” that allows players to create their own levels and share them online. All of the game’s assets, enemies, and traps are available for creators to come up with as hard of levels as possible before sending them out to friends. It’s a fun way to test skills and and frustrate friends with near-impossible levels – especially when so few are found in the game itself.

Shadow Blade Reload is a fun game, but it's not an interesting game. It has several things going for it, like the striking visuals, quick gameplay, and the level editor. But mostly it falters as the distracting voice acting and low-level difficulty hold the game back enough that it can't be considered all that impressive of a title.