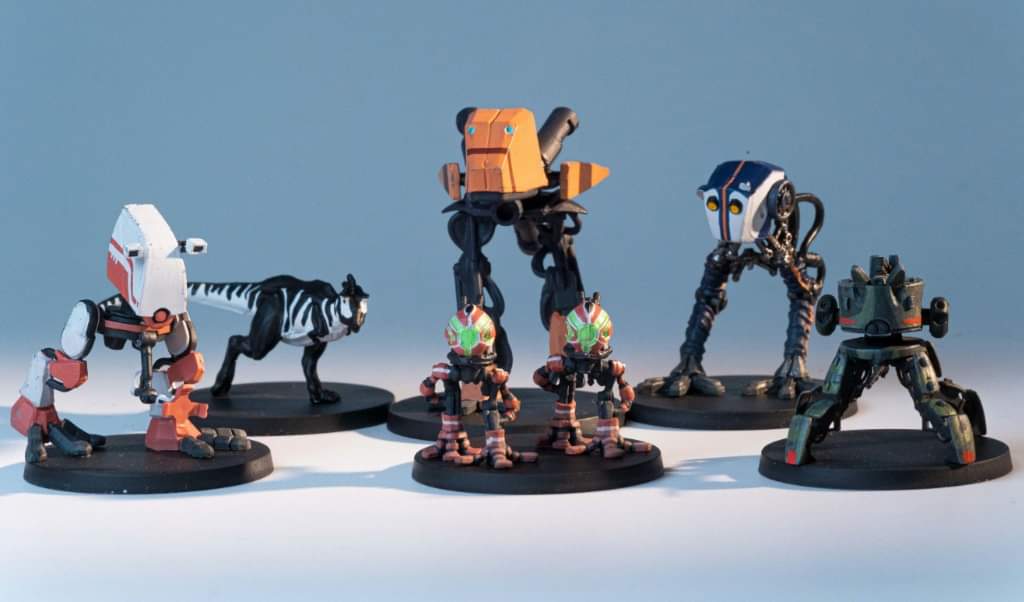 Tales From the Loop has had an interesting life span. Simon Stålenhag’s depictions of a lost age of horror and technology was at the same time otherworldly, nostalgic, futuristic, and evocative. Too stirring was its setting to be left alone, it has been adapted into an RPG that I found basic but approachable and a television series with empathetic examinations of technology’s consequences on the human condition. The cooperative board game brings its players to that same mysterious disquiet world, where only children see the chaos starting to break through at the edges, and only they who can hold it back.

Tales From the Loop is structured around eight possible mysteries that require you to search the town for clues, piece together your final objective, and keep an unwitting society safe from science gone wrong. With a limited number of days to avert supernatural catastrophe, time is the most potent resource at your disposal. Through the use of action cubes, players simultaneously announce how they are spending days, having access to differing numbers of cubes depending on whether it is a school day or weekend. Time can be spent moving around the town, which can be made more efficient with favorable parents or bus rides. Wandering Robots can keep you from restricted areas unless successfully passed or hacked, but if taken over can transport characters until they run out of power. Each day will also be hit with a random event to change the dynamic of the round. 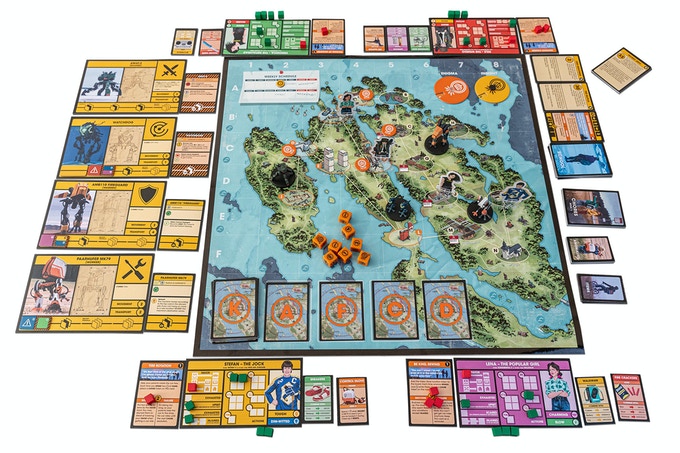 Each day begins with setting Rumors on the board, getting the action in motion. Rumors give you important clues to succeed, but also pile up if left unresolved, contributing to an Enigma track with detriments that are unique to each scenario. Uncovering a Rumor requires a skill check, and you can move directly onto the Rumor to take the check immediately or use an action Scouting to determine what type of check is necessary.

While accomplishing mission objectives, you will have to manage doing chores, completing homework, and getting home in time to make your parents happy. Parental approval is a useful stat that can aid or hinder you if it hits an extreme. This, along with the structured delineation of time, is mostly a success. Theme and mechanics are tied together directly, putting you in the mind of a child who has to juggle their mundane commitments while staving off an unknown dread. As a grown adult, this isn’t a fantasy that holds much appeal for me, but that doesn’t take away from objective effectiveness of managing time as a resource like this. If you include something similar in a superhero or Hunter: the Vigil adaptation I likely wouldn’t think to complain.

The other mechanical focus of this game hews intriguingly close to the Year Zero engine of the RPG: each character has a unique item and array of stats. When confronted with specific tasks, such as hacking an offensive robot or sneaking into a restricted area, your character will roll their relevant stat in six-sided dice. A single rolled 6 is a success, but in the case of all failures, you have the option to Push a roll. Pushing allows you to reroll all dice but take a negative condition that will reduce your access to time cubes until healed.

To succeed, you will need to work together to decide how to spend your resources and which risks to take. There is just enough going on that each scenario gives you meaningful decisions while moving at a steady pace. It’s hard to describe the arc of an adventure without spoiling any of the scenarios, but the differences between them do contain meaningfully separate objectives and playstyles. In fact, some of the scenarios have multiple endings depending on your choices and successes in-game. Tales From the Loop has some of the better writing I have seen in this type of narrative adventure, but also better integration of that writing into its adventures. This is more than your Arkham Horror’s randomness in a box. That being said, there is still a limiting factor to the fact that these adventures are mysteries first and foremost. There is a sandbox mode designed to play once you get to the point where you have exhausted the usefulness of the scenarios. I have not played it, but it is a thoughtful way of extending the game’s lifespan. 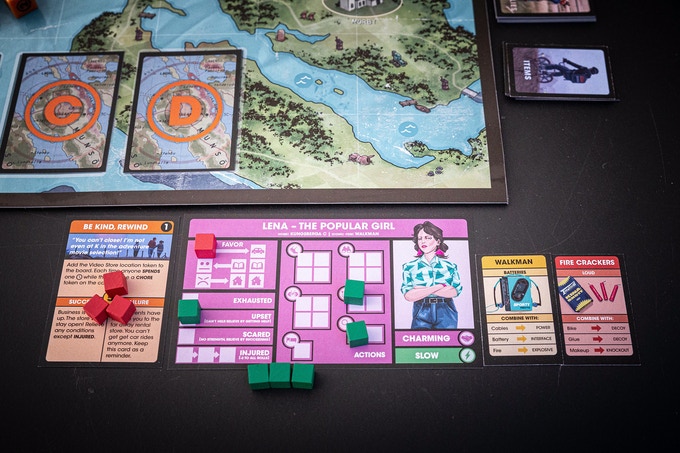 However easy it is to play, the downside is that sometimes your decisions can be obvious. Getting down how to move around efficiently and get the characters with appropriate stats in the appropriate place to use them only has so many variations. Whatever decisions you make, poor dice rolls can always dash them and spiral you into having to waste actions to heal or attempt a task again. It’s inviting and it’s well written and the components are well constructed, but the same core skills run every game: mitigating risk and making the most efficient choice until the game ends. Much of the appeal is in the fantasy of it, woven with unobtrusive mechanics, standout art and minis, and a close attachment to the theme. I wasn’t swept up in that fantasy, but those that are will find a lot to love here.

While the rulebook is not the best laid out introduction to the rules, they are made clear enough by the game’s supplemental reminder cards and their own relative simplicity. It was a good decision to adopt something as simple as Year Zero’s core mechanic, and can easily segue players into or out of the RPG experience, even with the same characters. The 6 robot and 8 child standees are beautiful to look at and move around the board. As a whole, the components feel like they will put up with a reasonable amount of punishment, from the clear but stylized map board to the insert with just enough room for all of its tokens and minis.

Tales From The Loop

Tales From the Loop continues its legacy of charm, approachability, and mystery. Much like the RPG that came before it, the mechanical weight is enough to create meaningful choices, but maybe not enough to keep those choices interesting through repeat play. Its mysteries are fresh and plentiful, and a great time to play with a few friends.

John Farrell is a legal aid attorney specializing in domestic violence, living in West Chester Pennsylvania. You can listen to him travel the weird west as Carrie A. Nation in the Joker's Wild podcast at: https://jokerswildpodcast.weebly.com/
Related Articles: Tabletop, Tales From The Loop
Share
Tweet
Share
Submit