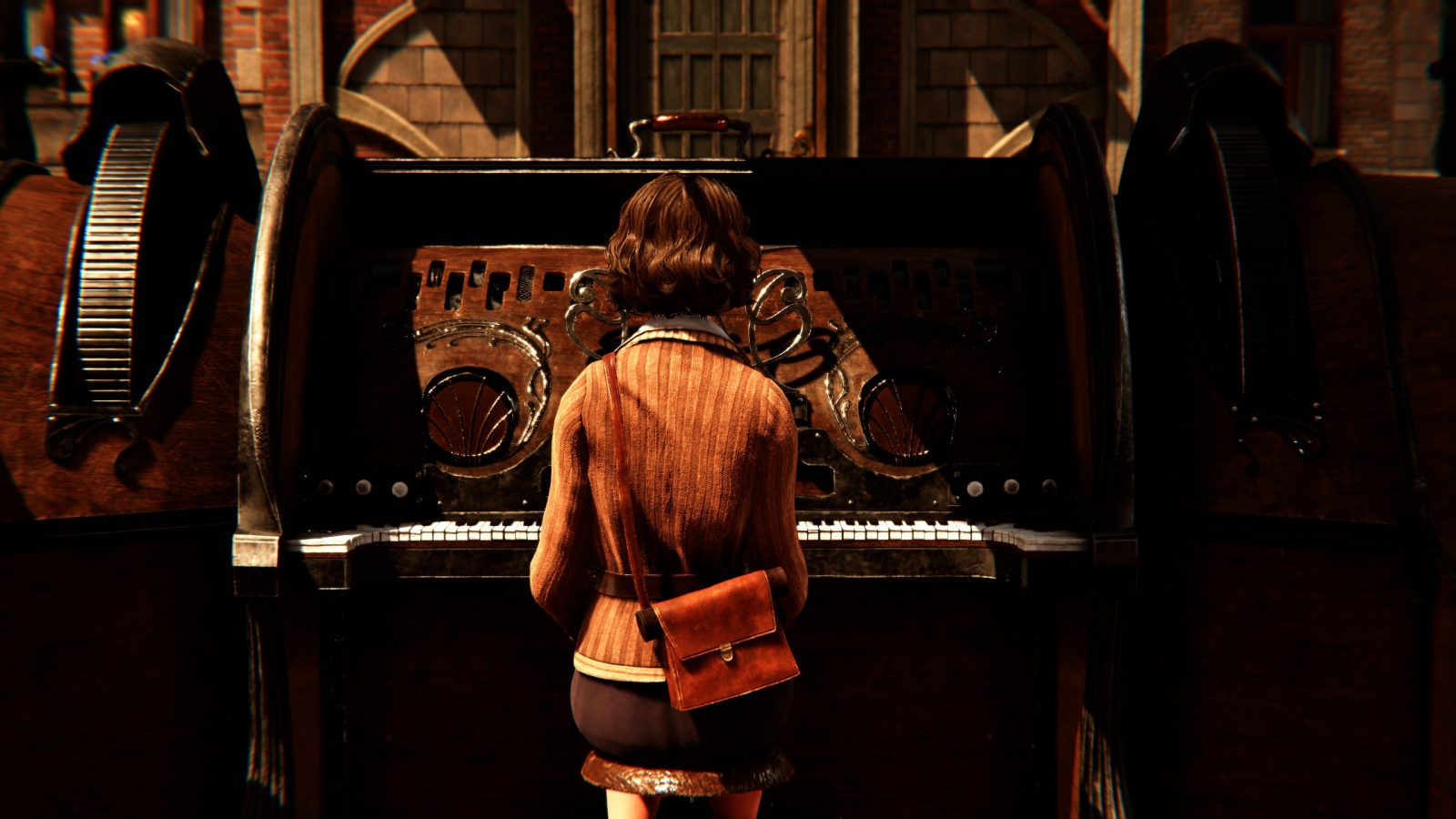 Facism is a rot, a disease. It starts small, seemingly innocuous, it can’t really be harmful, can it? But if you let it grow, even a little, it will take more and more from you until nothing and no one is left. Dana Roze is a young pianist studying her craft in 1937, just before World War II. A political party called the Brown Shadow is slowly gaining power and influence across Europe, especially in her home city of Vaghen where they’re trying to erase her people, the Vagerens, from existence. Over the coming years, Dana’s life will change drastically because of this creeping rot. In 2004, Kate Walker is enslaved to a criminal syndicate mining in Russia. After finding a cache of stolen art in the mine with her lover, Katusha, they discover a painting of a woman who looks just like Kate. Sadly, Katusha is killed as they try to escape, so Kate makes it her mission to find the woman in the painting, while also avoiding dealing with the death of her mother.

Syberia – The World Before is actually the fourth in a long running series of adventure games. I haven’t played the other three games, but there is an intro video which supposedly gets you up to speed. Unfortunately, for someone completely unfamiliar with the series, this didn’t help at all. Thankfully, The World Before is mostly an isolated story, and you can pick up the broad strokes of Kate’s character and relationships along the way. After brief tutorial segments introducing Dana and Kate, the game jarringly picks back up about a year later in 2005, with Kate having made her way to Vaghen. I say jarring, because the timeskip feels really unnecessary considering the urgency Kate tackles her mission within the rest of the game, and I’m not sure it would take a year to cross Europe on a motorcycle.

Regardless, as Kate investigates what happened to Dana, you’ll swap back and forth between the two as the story demands. You control both the same: moving around the environment, interacting with objects, and using items when required. There’s no using every item on everything else or moon logic here, just regular logic.This makes the puzzles you encounter a lot of fun to figure out. The more complex puzzles usually involve automatons or other machinery, requiring you to swap back and forth between two characters to discover how they work or how to repair them. For example, early on Kate needs to open a trunk with a puzzle lock, while in the past Dana is helping her friend return objects to the trunk. You essentially learn how to open it by doing the reverse in the past. There are only a few puzzles like this in the game, but they are certainly the best parts.

Other than solving puzzles, you’ll be exploring gorgeous environments and talking to people. While Syberia isn’t the most technically impressive game out there, the lighting, architecture, and overall craft on display here make for some stunning scenes. Vaghen perfectly conveys that feeling of old European cities with cramped yet cozy streets while also having a bit of an alternate history flair to it. The city is filled with overly complex, golden automatons to do things like take train tickets or perform along with a piano in the musical square. It’s interesting to see these machines in their prime with Dana, then how they’ve aged with Kate. This further differentiates the two characters’ perspectives, Dana’s sections have warmer colors while Kate’s have colder. 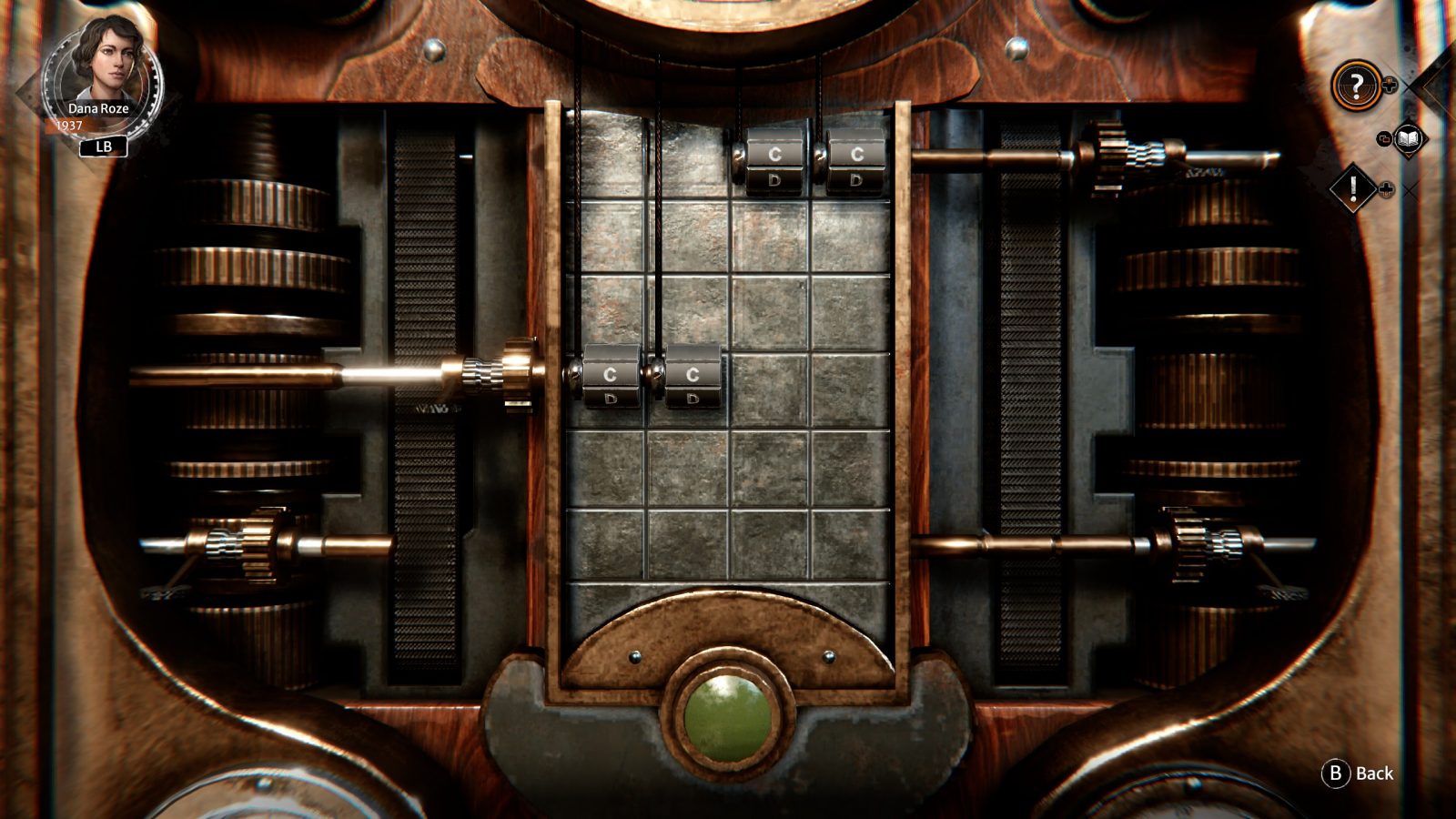 As for the characters themselves, well, they’re hit and miss. I really liked Dana’s tragic story – she’s a fun protagonist who’s easy to root for, which makes it hurt all the more when things go wrong. Kate, on the other hand, is kind of an asshole. First off, after hearing of her mother’s death, she doesn’t bother to contact anyone for a WHOLE YEAR to let them know she’s safe. Over the course of her journey as well, she consistently breaks into people’s houses to get what she wants. I only started to warm up to her near the end, when she finally takes responsibility for her actions, but the ending ditches this very quickly. I certainly want to go back and play the other games now, but as someone jumping in here she’s hard to like.

Finally: the music. Composed by the legendary Inon Zur, it’s absolutely fantastic. It always fits the mood perfectly, and allows you to further immerse yourself in what’s happening. The voice acting is also largely good. Kate’s performance can sound odd at times and a few minor characters have weird line reads, but most everyone sounds fine to great. Dana once again is the standout here as she tries to remain strong in the face of unending horrors of war.

Syberia - The World Before

Syberia - The World Before is a captivating story of turmoil in the face of fascism. With compelling characters and fascinating logic puzzles, newcomers and returning players alike will have a blast with this adventure.

David is the kind of person to wear his heart on his sleeve. He can find positives in anything, like this is a person who loved Star Fox Zero to death. You’ll see him playing all kinds of games: AAAs, Indies, game jam games, games of all genres, and writing about them! Here. On this website. When not writing or playing games, you can find David making music, games, or enjoying a good book. David’s favorite games include NieR: Automata, Mother 3, and Gravity Rush.
Related Articles: Indies, Syberia - The World Before
Share
Tweet
Share
Submit