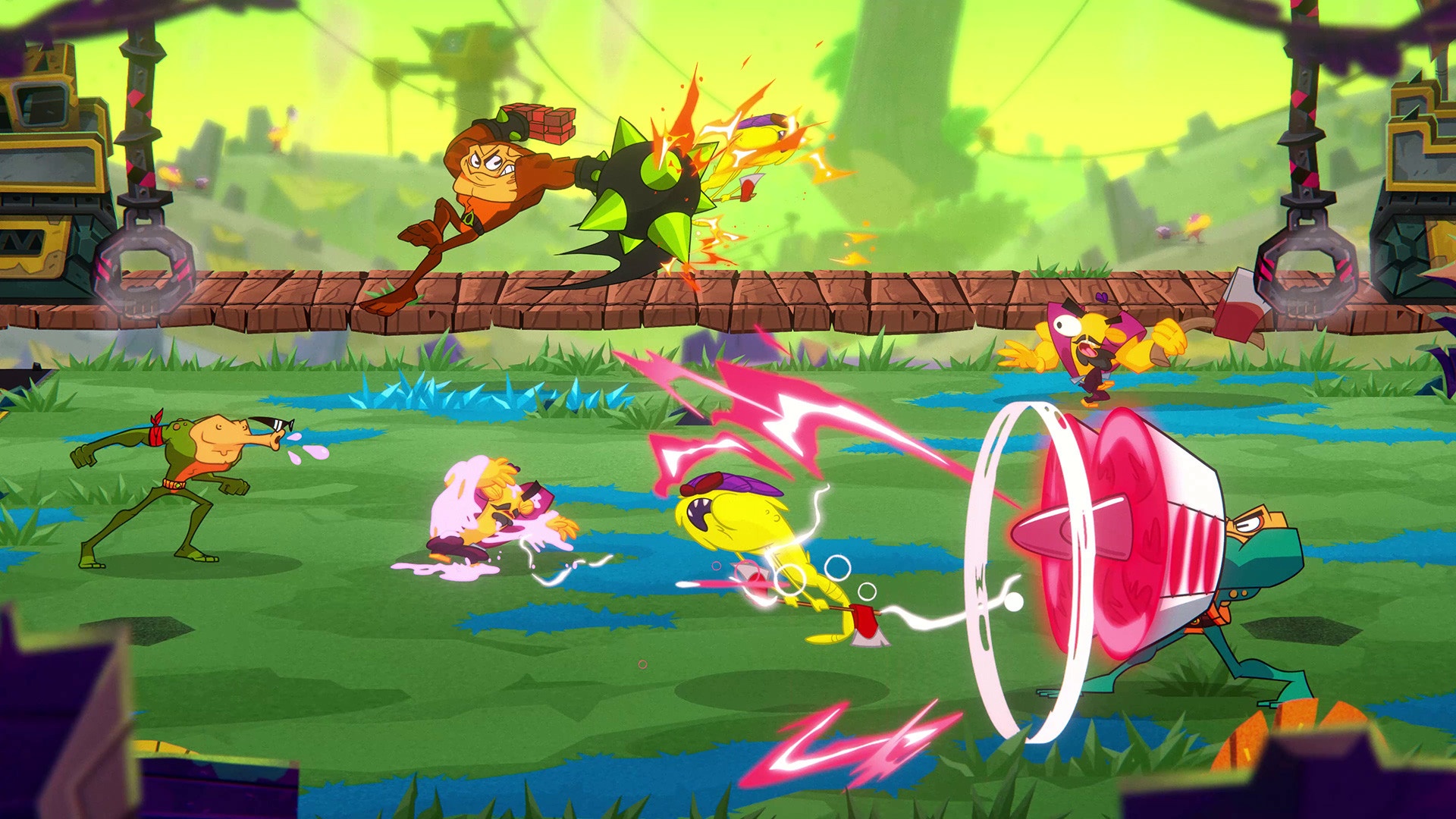 After 26 years in obscurity, referenced only as a game no one was able to beat or as a meme you could pre-order at Gamestop, Rare has finally reached into the vault and brought back Zitz, Pimple, and Rash to create Battletoads (2020). While the original Battletoads was notoriously difficult and poorly designed (and I frankly don’t believe anyone who says they liked it unironically), this smart reinvention of the franchise puts clever writing and self-aware humor in the center of the experience that left me with a big, dumb smile on my face.

Battletoads (2020) is a reimagining of the cult classic that those unfortunate souls, like me, endured on the NES or godforsaken arcade cabinet. But much of the frustrating controls and brutal difficulty has been stripped away and replaced with something much more approachable and self-aware. Combat is the classic couch co-op beat ‘em up seen in the likes of Double Dragon, which can be enjoyable, mindless fun or endlessly frustrating depending on which side of the stunlock fist-tornado you find yourself. In between long stretches of pounding, kicking, and licking, you’ll play minigames that have you hack a console or play an off-brand game of rock, paper, scissors, which serve as an entertaining distraction. You’ll also partake in some of Battletoads’ more notorious activities, like the return of the bike racing that prevented a generation of players from ever reaching the original Battletoads’ end credits. 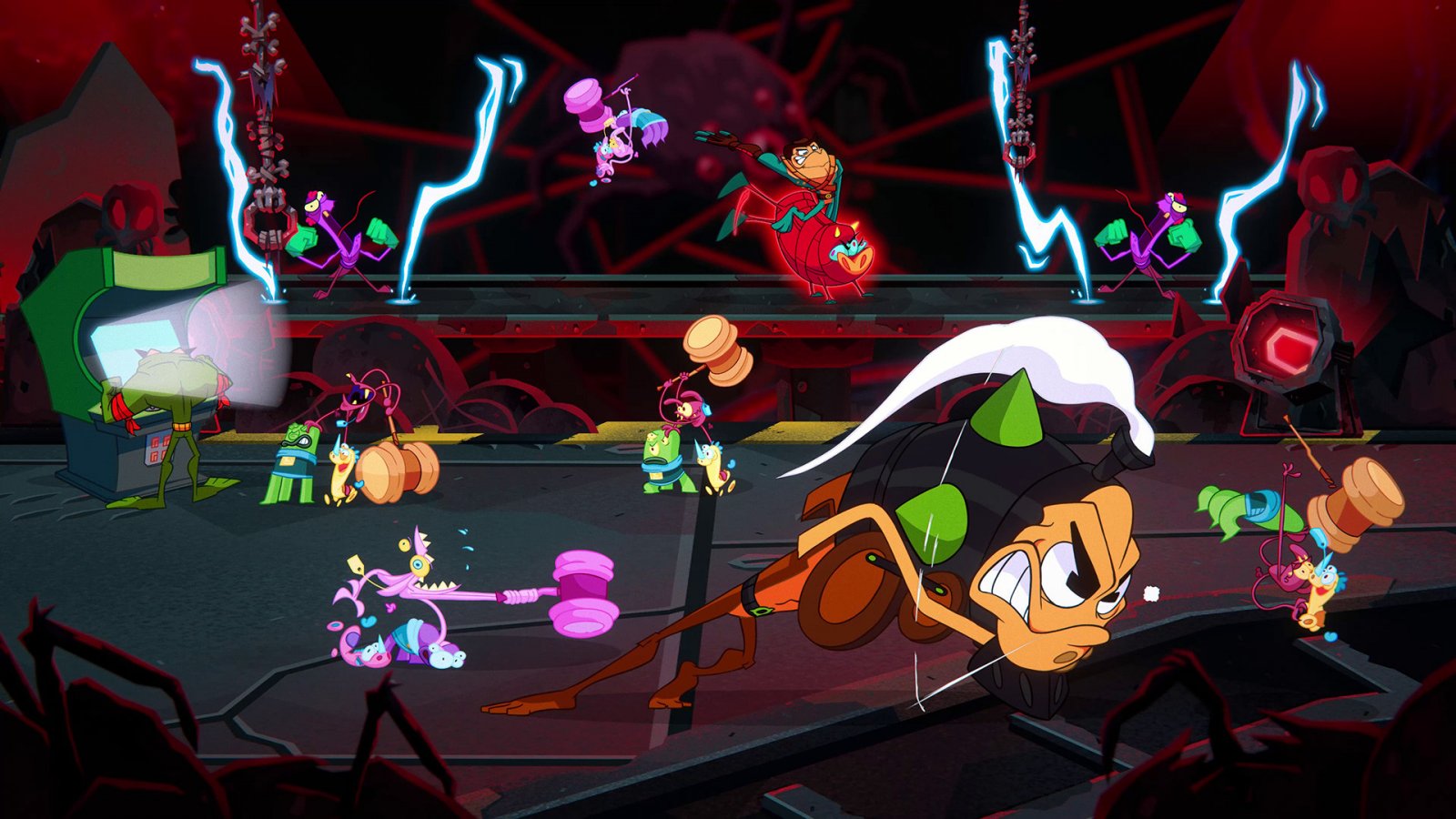 Battletoads’ side-scrolling beat ‘em up content isn’t revolutionary. In fact, after sizable stretches, it can get downright tedious, even with a co-op partner or two keeping you entertained. You can launch enemies in the air, break shields with heavy attacks, and yank enemies towards you using your big, juicy toad tongue, but after the first few levels you’ve seen all the tricks and weariness begins to set in. This is especially true owing to a fairly small enemy variety, which stunts excitement quite a bit in the second half of the game. Luckily, it’s a short romp of only 4 hours, so you won’t be trudging through samey encounters for too long. Breaking up the monotony with hidden collectibles, minigames, and great writing is a stroke of brilliance that does wonders in keeping things engaging.

Probably Battletoads’ biggest misstep is that it doesn’t offer online co-op. Even though I see the beauty in forcing players to play on the same couch together, it’s an odd choice during the COVID-19 pandemic, which will limit players’ ability to enjoy the campaign together. Simply put, playing Battletoads alone is mind-numbingly dull, and no amount of minigames, funny one-liners, and turbo bike segments are going to fix that. Battletoads really is a game that has to be enjoyed with others to be appreciated, and a post-launch patch adding in online co-op might do the trick to make a higher percentage of players’ experiences enjoyable.

Like the original Battletoads game, Battletoads (2020) can be pretty difficult when played on its highest setting, which is great if you like getting stunlocked by enemies until you’re a pile of squashed toad guts. But because gameplay isn’t really the main draw here, I recommend playing on a difficulty setting that gets you through the game in the least time possible. But for hardcore fans feeling nostalgic, feel free to beat your head against waves of cruelly mean enemies like I did.

The real crown jewel of Battletoads (2020) is the stellar story, writing, and voice acting. Self-deprecating, smart as a whip, and incredibly funny, Battletoads has a story and tone that’s right up there with some of the best adult cartoons like Archer and Rick and Morty. Seriously. 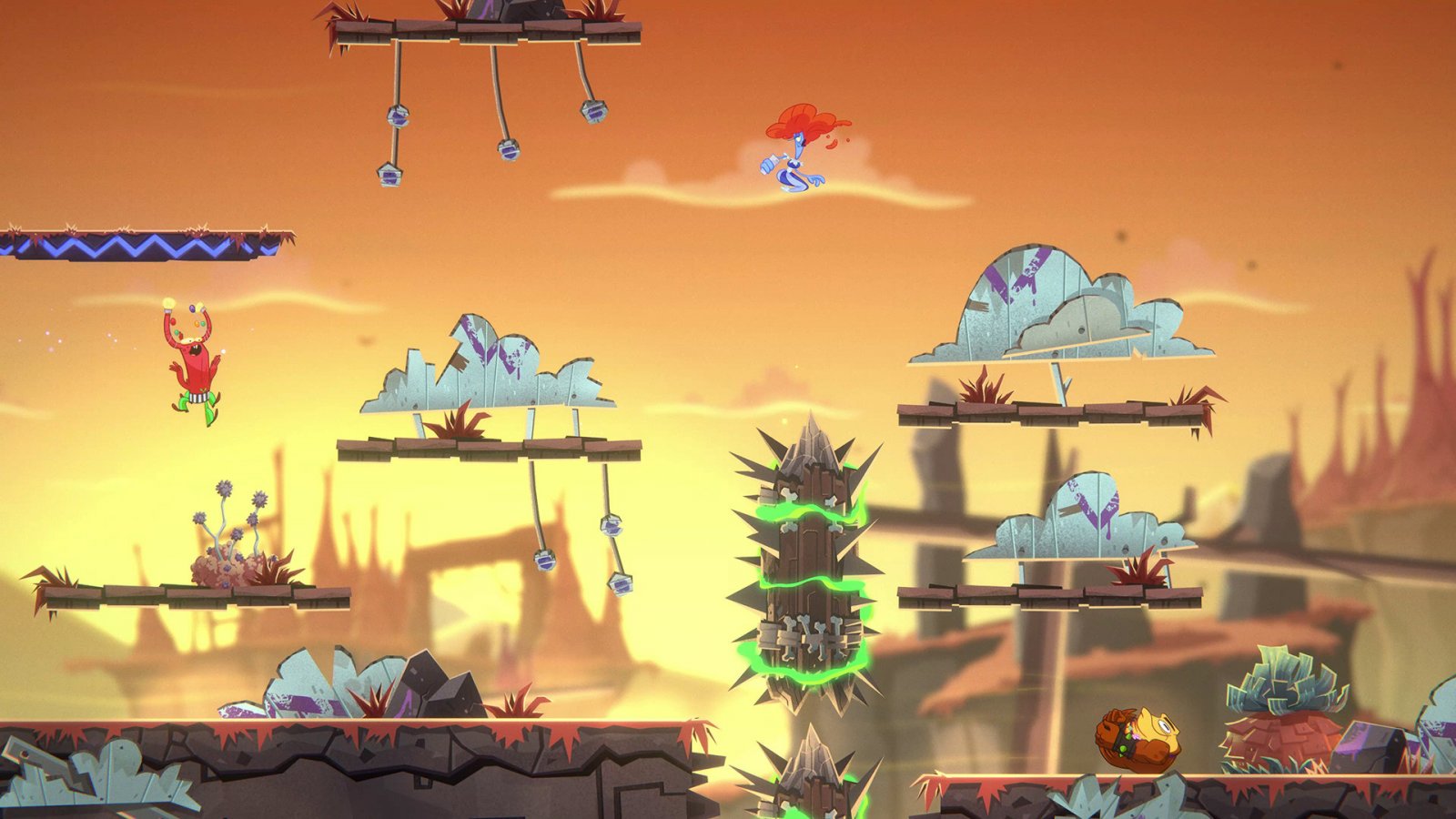 After 26 years of living in obscurity, the toads return to a world that has utterly forgotten about their former glory days (commentary much?), and set out on a quest to become famous heroes once more. Along the way they run into some old friends and foes, like the dark queen from the original game, in one of the most consistently hilarious campaigns I’ve ever experienced in a game. Even when the 2D punching drags on a bit too long, knowing that a 5-minute cutscene where the toads ramble about nothing in particular is right around the corner was the unleaded, premium gasoline fueling my journey across the finish line.

Battletoads (2020) keeps the soul of the notorious original game intact while revitalizing it with interesting minigames, hilarious writing, and couch co-op that makes this a worthy reason to revisit Zitz, Pimple, and Rash. While the absence of online co-op is pretty disappointing and the beat ‘em up gameplay can become dull by the end of the campaign, this short ride is one I can full-throatedly recommend.

You know that jerk online that relentlessly trash talks you after every kill? That guy was probably Travis "Tie Guy" Northup. Competitive, snarky, and constantly wearing a tie, Travis has been writing his opinions about electronic media since he was a teenager, and is pretty much the only person to hold his opinions in high regard.
Related Articles: Battletoads
Share
Tweet
Share
Submit