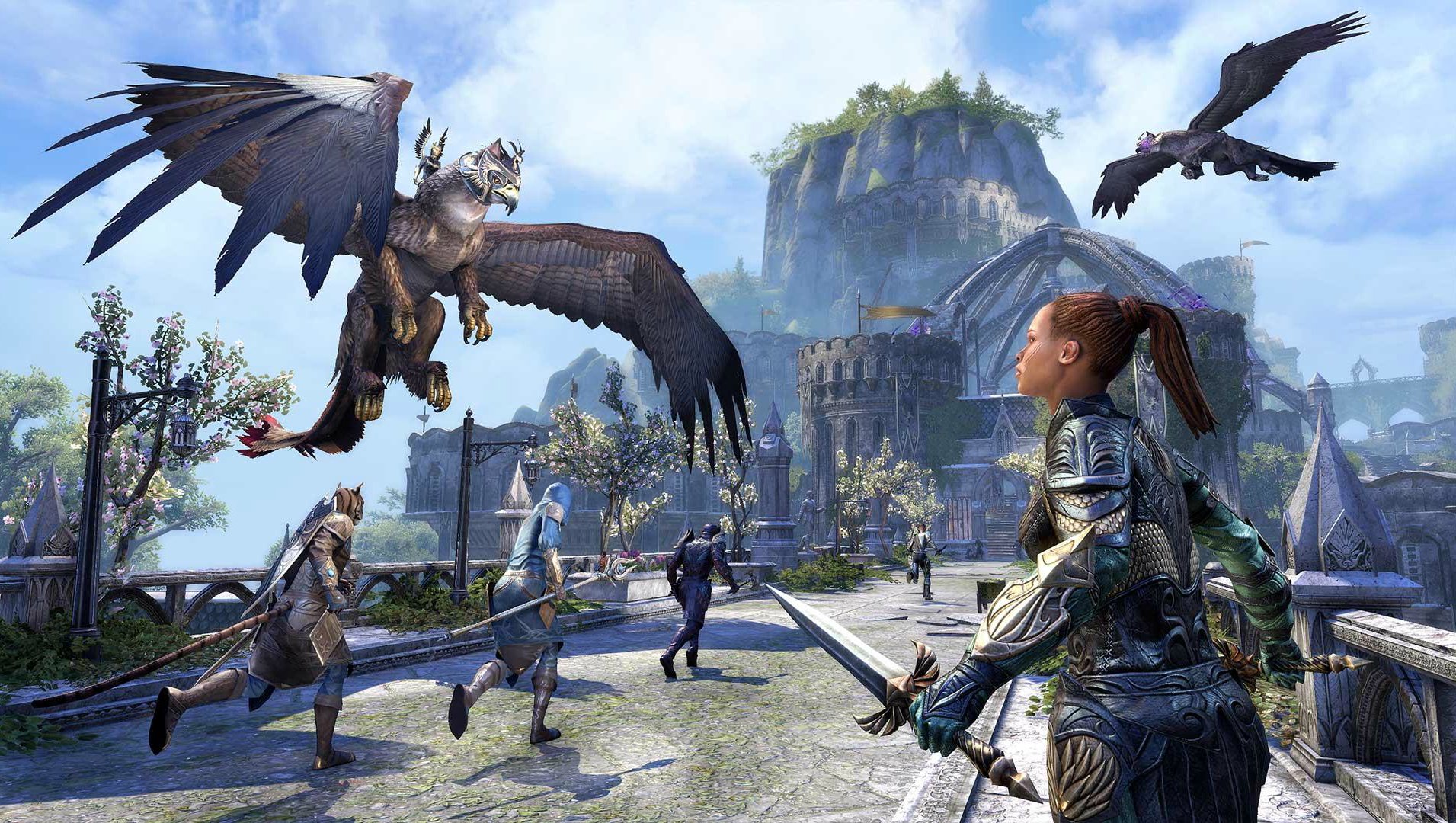 Elder Scrolls Online is more than a game, which is a common refrain heard from many MMORPG fans across the whole spectrum of the genre. You don’t get to just enjoy things, you have to grind and work, constantly checking in on shiny new things and working to stay ahead of the curve. After months and months of arduous work in Elder Scrolls Online, I was hit with another impending large release: Summerset. Simultaneously, Bethesda announced that more content, including another massive addition was coming later in the year.

To say I was overwhelmed misses the mark. Summerset presented me with a bevy of added lands, quests, challenges, and collectibles, and my raw reaction was “oh please God no.” Instead of tackling the content head-on, I ran in the opposite direction, cancelled my ESO Plus subscription, and hid in a cave of non-gaming for several months. While many have already played well into the expansion, I know many others have not yet made the leap, so with that in mind I decided I would enter Summerset Isles and see if it could suck me back into the game.

After all, Summerset Isles is one of the most talked about, but least seen zones in the entire Elder Scrolls lore. The game had already given us a small but tasty morsel of the land of the High Elf with Auridon, but that was a starting zone and most players have long since plundered all of its treasures. I anticipated that the new area would retain the design of Auridon throughout but provide some ethereal enhancements that would make it feel like a truly magical place.

I was wrong. The world of the Summerset Isle is little more that an elongated Auridon, which isn’t a crazy concept but just doesn’t leave me with much incentive to explore. I’ve seen the flora and fauna of this place already, long ago. Why would I pay such an high cost to see it again? In just that visceral, plain, sight-seeing and exploring sense, Summerset Isle provides nothing of value to my Elder Scrolls Online experience as a new land, but does give plenty in the way of small additions.

The most interesting of them is the inclusion of the Psijic Order, which is another oft mentioned but rarely seen aspect of Elder Scrolls. Your character is able to join with and learn the ways of this mysterious group, which also provides a brand new skill line adding in some much needed healing diversity as well as new time based magic that opens up many new avenues for character development and strategy. Your main character may not benefit strongly from this new line of abilities, but you can bet your next new character will.

The game adds several new quests which can mean fast and easy experience for players who’ve run out of quests in the other zones. The story progresses as well and while it mostly focuses on the Psijic Order there is plenty of main story progression for those few players who seem to care about those things.

The game also provides new armor and jewelry sets, along with the ability to craft jewelry for the first time. Jewelry crafting is self explanatory, but it should be noted what a massive game changer this can be for players looking to max out their stats. It will eliminate a need for grinding in one area, but will open up a need for grinding in others. Lastly, the game adds a few new creatures, namely the winged beast Gryphon, which has a starring role in the game’s added trial.

The new trial is located in Cloudrest, where 12 players take on several ghastly figures from the past as well as their over-sized Gryphon friends. Unlike a full trial, which takes the character through a large zone with lots of battling, this mini-trial is more arena like, reminiscent of the Dragonstar Arena from several updates past. I love any attempt Bethesda makes through ESO to present perspective to the lore we read about through in-game books, and this certainly does that. The trial is fun, fast, and challenging without being a total bummer. The final boss looks like the spawn of a slug and a Godzilla, but that aside Cloudrest is a pretty fine new trial in a game needing more large group events such as this.

Ultimately by the time I was through some of the game, Summerset had started to grow on me. I was happy with the new content enough to have paid for the expansion, had I needed to do so, but after some time I also found that Summerset just didn’t do enough to make me want to come back long term. The addition is overall sort of flat, and with the lack of a truly new feeling zone to explore, I just felt like I was being presented with more work and being pulled that much further away from a completed experience.

Unlike Clockwork City and Morrowind, which provided me with a renewed drive to explore and immerse myself, Summerset has had the same general effect that the Wrothgar expansion had a few years back, which was to leave me overwhelmed, mouth agape, desperate to have a casual and fun gaming experience outside the rigors of Elder Scrolls Online.

Summerset in Elder Scrolls Online offers an all new area, but not much is new for long-term players of the game. The aesthetic of the isles has long been available in the core game, and while the additions of jewelry crafting, collectables, the Psijic Order, and the Cloudrest trial are all nice there just isn’t anything that rises to the level of bringing back old dormant players nor introducing new ones. Dedicated players and those who play competitively will need to have this, however.

Patrick Rost has been with Gaming Trend since 2013. At first focused on sports coverage, Patrick has gone on to cover a wide range of games and other products for the website. Outside of Gaming Trend, Patrick writes and records music, grinds perpetually in Elder Scrolls Online (PS4), and lives day to day with his two dogs, Bob and Stella.
Related Articles: Elder Scrolls Online: Summerset
Share
Tweet
Share
Submit