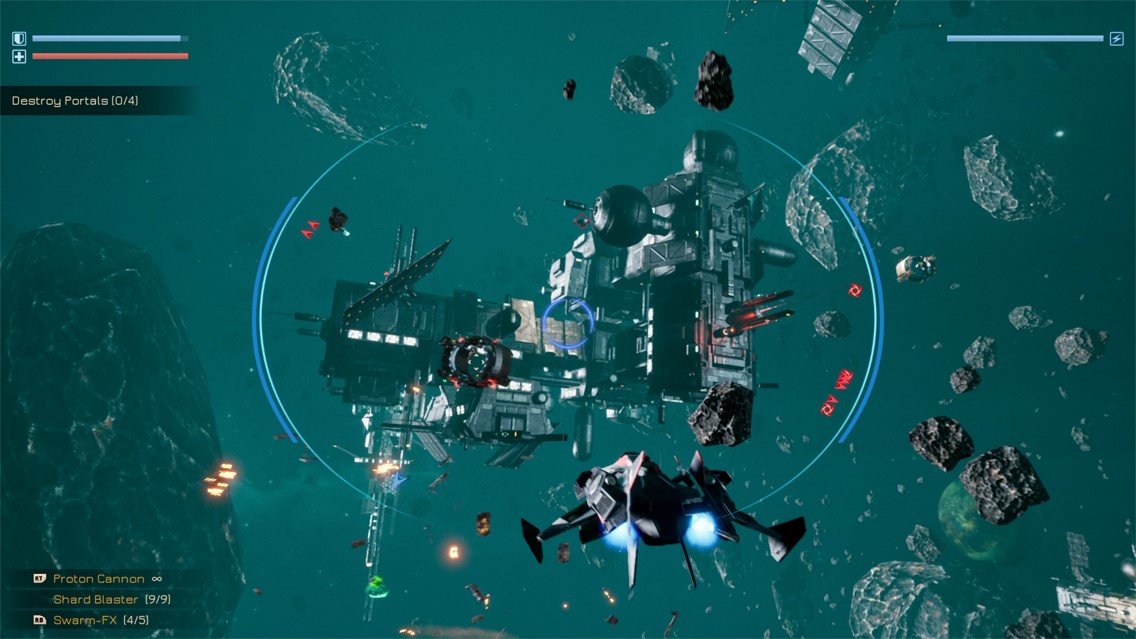 In another of our wonderful experiments, I’ve put together a video review for mobile space shooter turned PS5 title Subdivision Infinite DX! This one is a fun with, with plenty of fast dogfights making it a breeze to pick up and put down. Check my other thoughts, along with some concerns, in the video below!

“Over thirty campaign missions to take on across five different regions of space, players are have a ton of options to customize and test out a dozen or so ships, several upgrades and gun types and the ability to dogfight in whichever style you prefer.”

“The maneuverability is incredible, truly awesome to play within the upgrade system is actually understandably easy. Additionally you can use the joystick switch is on and the control screen being built on the left.”

“Each region also culminates in a boss encounter, though these generally just have the player take on a bigger ship amongst the waves of fodder that pepper you on a moment-to-moment basis. Whilst I welcomed the attempts at shaking things up, I can’t deny that toward the end of the campaign, I was struggling to maintain the motivation to continue playing.”

“ As a game originally designed for touchscreens I am not a fan of the controls.”

This title is not a AAA space sim, but it is enough to occupy you in short sprints of intense Space dogfighting action. The maneuverability and ability to hop into the next big battle or next mission in bite size easy to pick up and put down ability make this a great addition for those who do like space shooters but don't want to commit a massive amount of focus or attention to play. Just pick it up and save the galaxy!