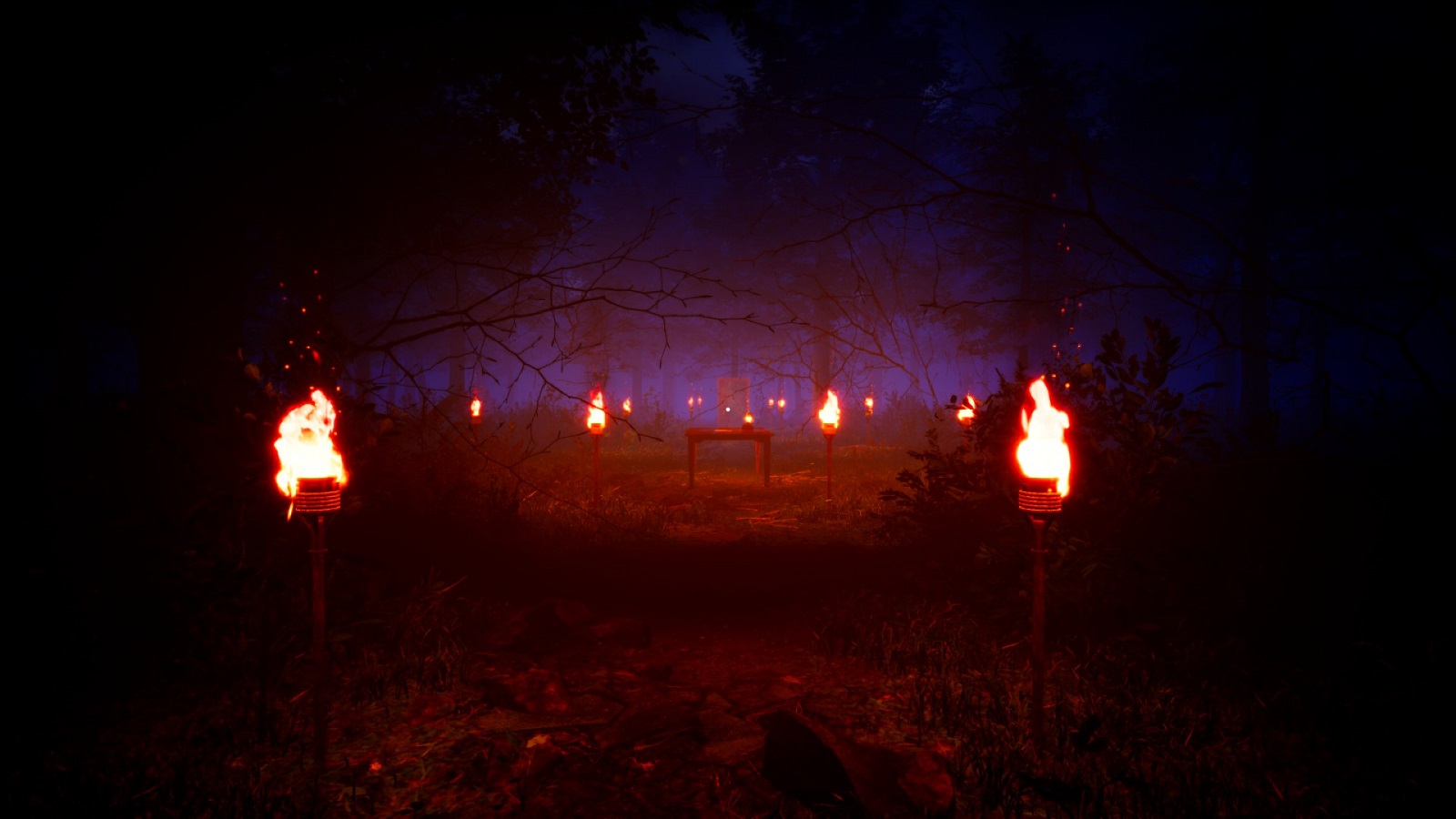 The indie world has seen no shortage of casual adventures in the last decade. With each passing year, fans of the “walking simulator” subgenre (read: me) have had more and more opportunities to reflect on what it is they love about these intimate adventures. A melancholic journey across evocative landscapes set to moody tunes; a touching tale where the environment itself is the principal storyteller; simple puzzles where the premise and solutions carry narrative weight, tying the player’s journey and the characters’ together — for me, these three pillars are the foundation of an enjoyable walking simulator, and The Fabled Woods seems to share my tastes. Though a deeply flawed experience, all the trappings of a solid interactive short are present.

Like its inspirations, The Fabled Woods finds its setting in an isolated forest — a classic spot for some meditative exploration. Everywhere you go, you’re treated to lush, screenshot-worthy landscapes, made even more striking thanks to ray tracing support. Sparse music helps to reinforce the somber tone, fading in and out whenever the narrative calls for it. And, as is tradition for the subgenre, the game features an array of surreal, dream-like sequences where dark synths help capture a moodier picture. There’s a lot of good stuff to experience during your very short one-hour play session. 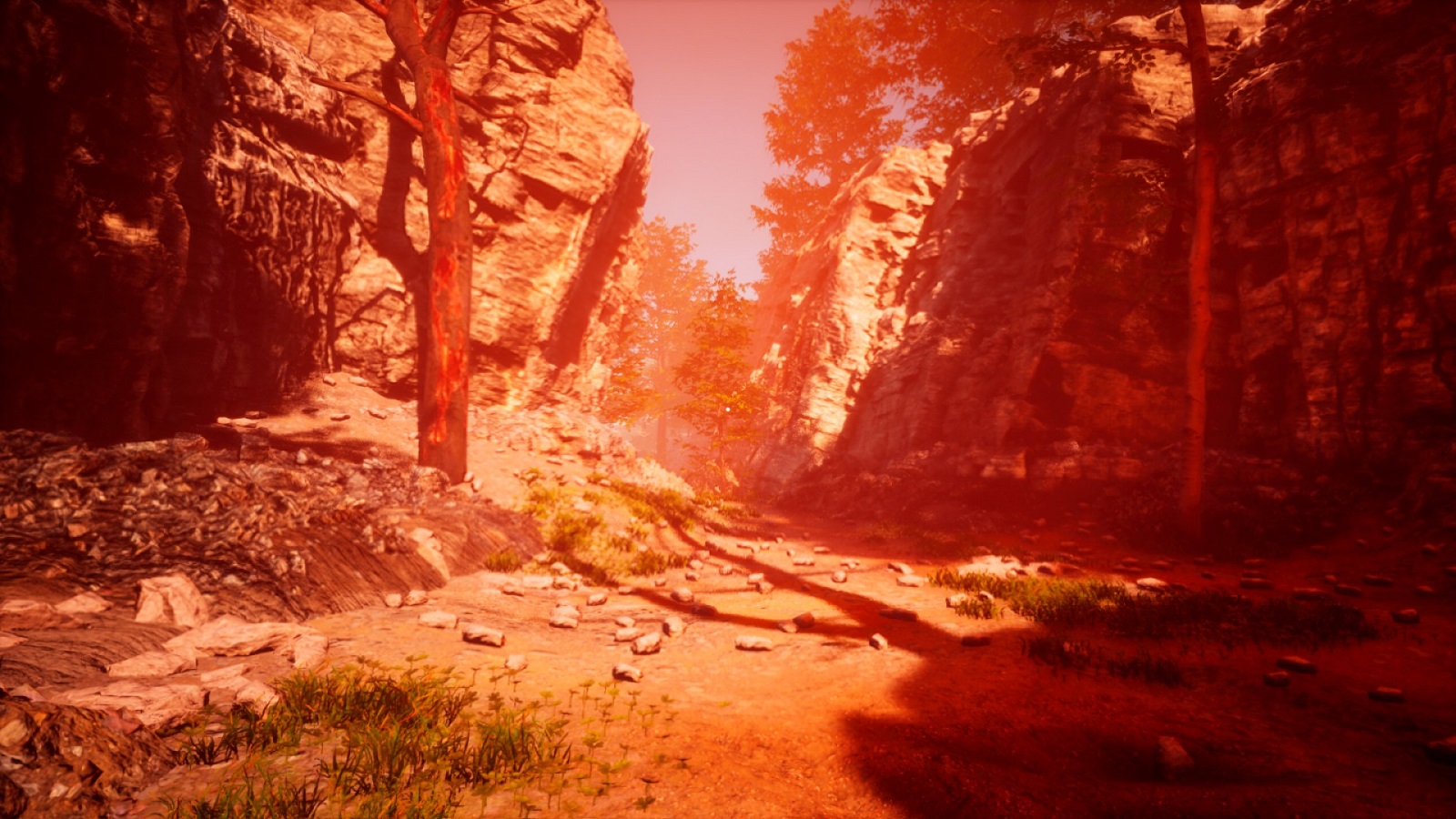 Closest I’ve been to nature in a year…

And that one hour plays out exactly as you’d expect: walking, talking, listening, and looking. The Fabled Woods is evenly divided into several chapters, each narrated by a new character whom that arc revolves around. The bulk of each chapter is dedicated to strolling along linear paths while the narrator lays down the lore. At key points of interest, you have the option to survey the area, using your “Remember Vision” to track down items. This power paints the screen in red to highlight trails and interactable objects. Chapters are topped off with a dream-like segment that brings an end to each one, and poses additional questions to ponder.

Along the way, various interactables key you in to the happenings of the story, though there’s little to do off the beaten path. In fact, the game’s linearity is oppressive to the point where backtracking is all The Fabled Woods has to offer in terms of exploration. Its claustrophobic level design severely hampers the gameplay in exchange for more control over what the player sees.  As a direct result, the Remember Vision’s utility is limited to small portions of each chapter. It almost exclusively guides you backwards down the linear path towards key items; there’s almost no room for the mechanic and its puzzles to breathe. The weightless puzzles and level design lend little credence to the Remember Vision, on top of a short time limit on the power that adds another unnecessary annoyance.

For all there is to see, there’s not a whole to do in The Fabled Woods. There’s nothing particularly engaging about the gameplay itself, at least, not much to keep me in tune with the narrative. It’s immediately clear that your enjoyment of the game hinges solely on the story itself. A common through line in each narrator’s story is an inescapable feeling that each one was being watched. And, somehow, the player-character is the key to unraveling the mystery of the forest and tying these loose tales together. We’re no stranger to clichés, certainly, but the game gives little reason to care about anything or anyone on this journey. At the end of my adventure, I was faced with a final decision, the consequences of which I couldn’t really bring myself to care about. 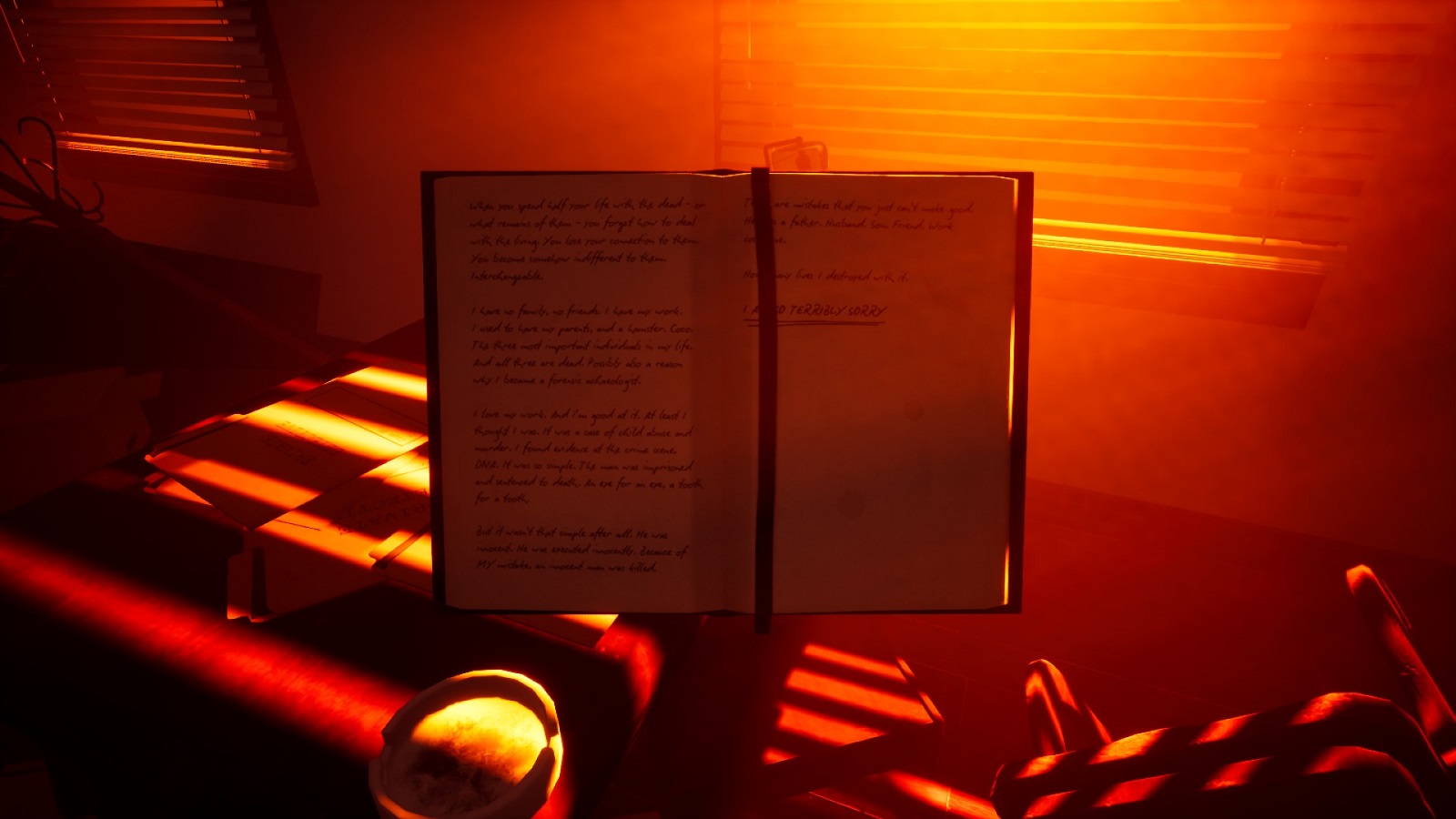 That isn’t to say the story itself is irredeemable, but the gameplay does fail to represent that story in an engaging way. The puzzles, which were meant to get me invested in each character, were more arbitrary than meaningful. The environments, while stunning in their own right, felt too contrived and restrictive. This comes after poor telegraphing which left me in a daze on a few occasions, despite the linearity. The essential elements are there, but The Fabled Woods doesn’t do nearly enough with each one. Even the optional interactables add no real dimension to the already paper-thin storytelling. Ultimately, there’s not a lot of meat on the bone, and even less that’s worth chewing on. The potential is undeniable, but the execution is messy.

The Fabled Woods collects all the necessary ingredients for a solid, meditative casual adventure, but its awkward execution leaves its narrative beats without any real weight.

A self-deprecating, overly sarcastic pair of glasses that occasionally possesses a human host in order to partake in the delightful process of playing video games, then immediately complaining about them. When he is not playing games (a rare occurrence), he can be found either writing about things that no one cares about, or haunting the quiet streets of his Canadian suburb.
Related Articles: Indies, The Fabled Woods
Share
Tweet
Share
Submit