Six months ago, Story of Seasons: Pioneers of Olive Town rolled onto my Switch and did wonders to help improve my late-pandemic mood. The game has since received a number of quality of life updates and new features, which come out-of-the-box with the new PC release on Steam. There’s also a DLC which unlocks new areas, new marriage candidates, new outfits for the player and romanceable characters, and a mystery for the player to solve, which we also got to dive into. So let’s jump right in to see what’s new, what’s better, and what’s the same on the farm.

The biggest change is, of course, load times. The Switch release was plagued by load times which were worked on and improved all the way up until April, when significant improvements were made. The Switch version does have a pretty beefy initial load time, but this initial wait allows for speedy load times between days and scenes. While the PC version loads in a fraction of the time, both versions have comparable speeds when moving between days, and the Switch is only a little slower between scenes and cut scenes.

One thing I will note, as it was not an available feature when I did the initial Switch review, is the online feature which adds in-game photos taken by the community to the loading screens. This should be a fun feature, but for every shot of a cute animal, snapshot of two characters talking, or love landscape, there is an attempted up-skirt photo or a creepy image of a character sleeping. While you could shrug these off as innocent, there is no way to get an actual up-skirt photo in this game, after all, the sheer quantity of these kinds of images makes the intent pretty clear; if nothing else it helps normalize the idea that it’s ok to take and share these kinds of pictures. The feature itself is easy enough to disable, but it would still be nice to see a little more care, consideration, and moderation around this feature. 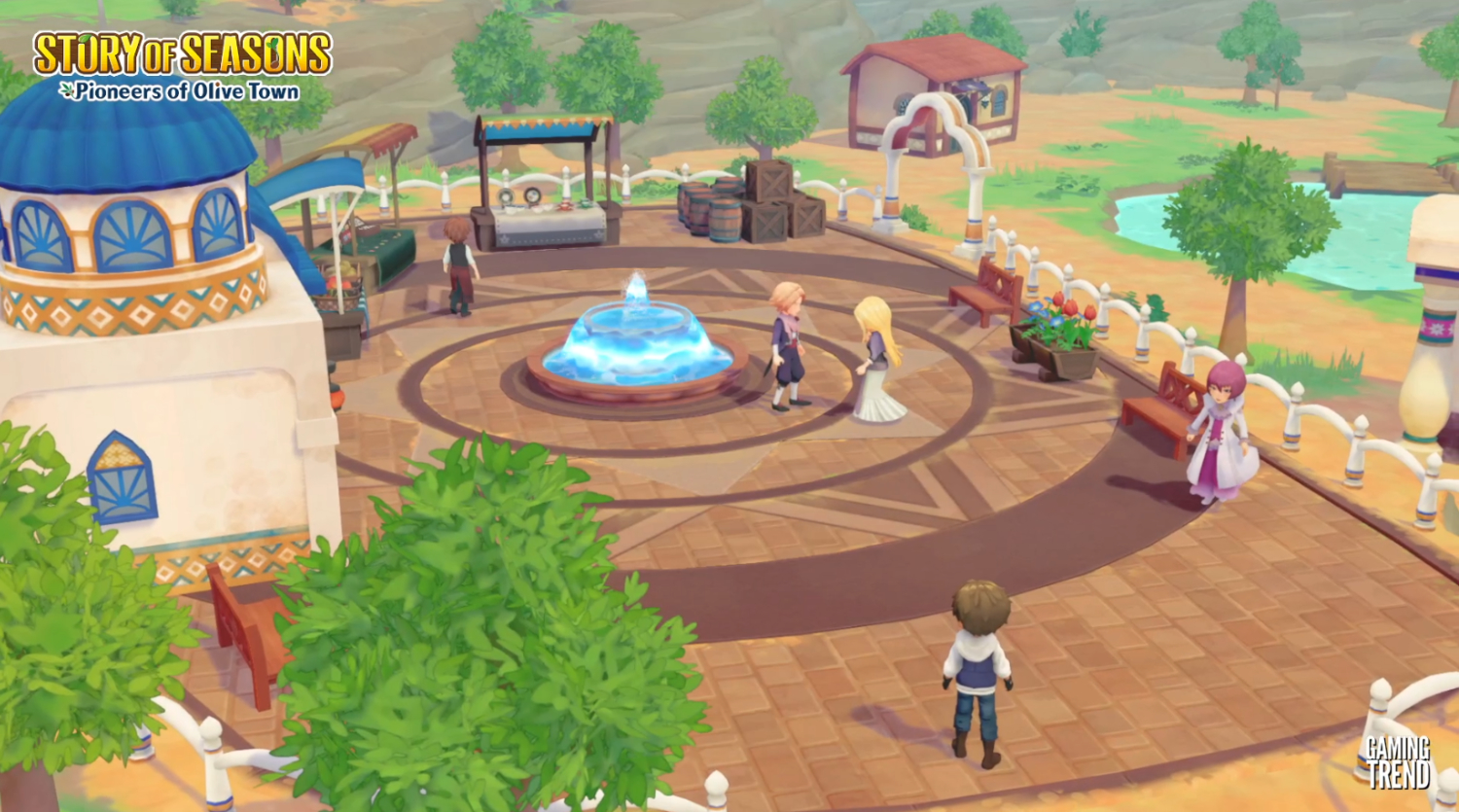 PC version comes equipped with the various quality of life and general additions which were patched into the Switch version, this includes being able to pre-load makers and create multiple items, improvements to festivals, villager interactions, and moving in and out of doors without having to use a button prompt. All of these updates combine to make the PC version stable, snappy, and streamlined, and makes for a truly enjoyable farming experience right out of the box.

The new destinations and marriage candidates included in the Expansion Pass can be accessed as soon as you purchase the expansion, but you may need to meet the requirements. Protagonist outfits must be ordered, and some events require you to have developed Olive Town or built up friendships with certain characters. Features such as variant outfits for marriage candidates, however, can be unlocked right from the start. 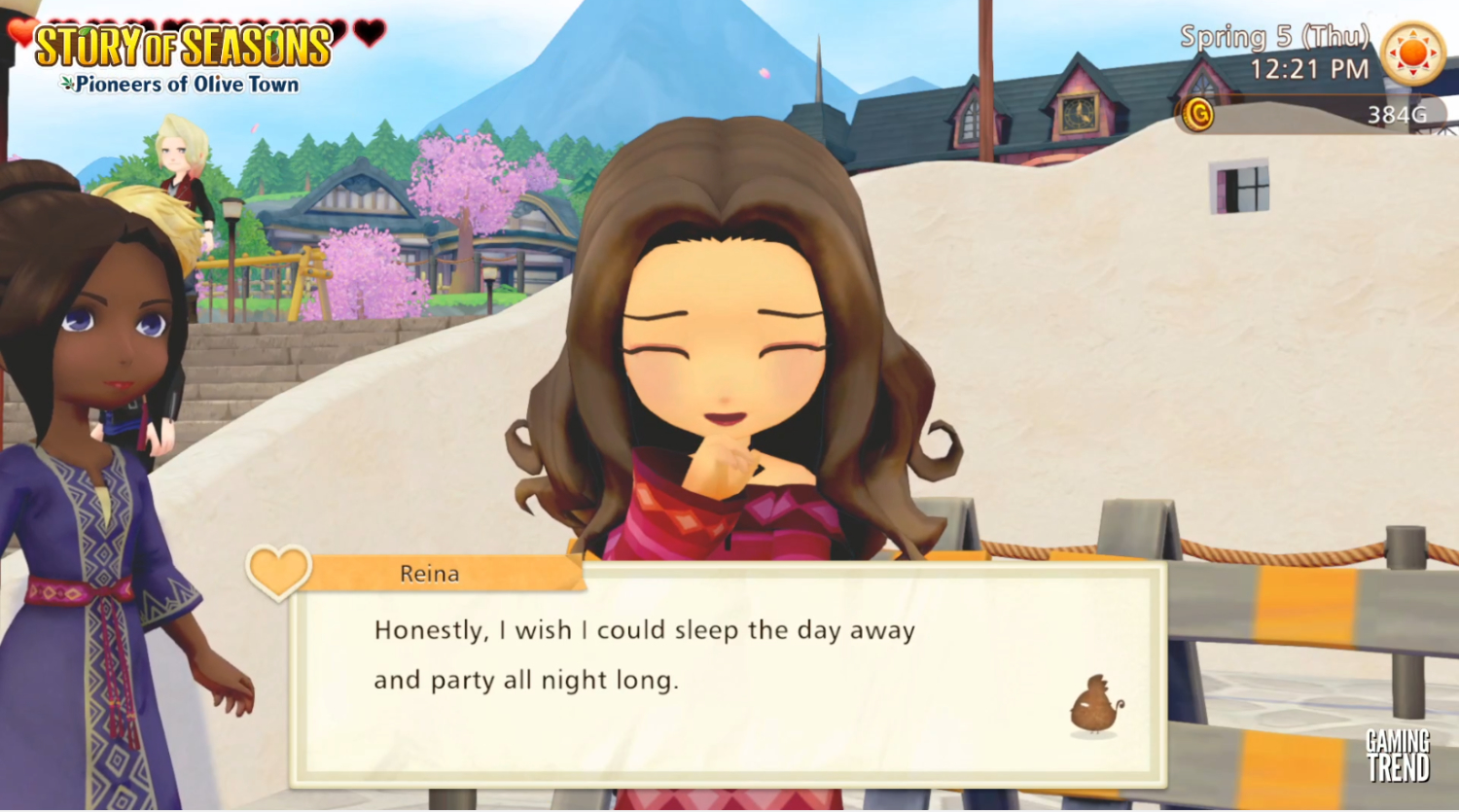 The Expansion Pass does add a good bit more content, though it’s not quite as exciting as it could be. Visiting other islands is nice, but there’s not a whole lot to do once you get to those islands, outside of building up more friendships and maybe finding another heart or two to steal. Other features, such as the Mystery Files and the Legendary Sprite Dance, do add some fun, silly content to the game, adding just a little more flavor and personality to Olive Town and its inhabitants.

The PC release of Story of Seasons: Pioneers of Olive Town has benefited greatly from all the quality of life changes which have been patched into the Switch release, making it an enjoyable farming experience right from the start. It looks shockingly similar in quality to the Switch version, a credit to the dev team, and the optional Expansion Pass adds a good deal of content, some of it cosmetic while other features expand the world, the plot, and the personalities which inhabit Olive Town.