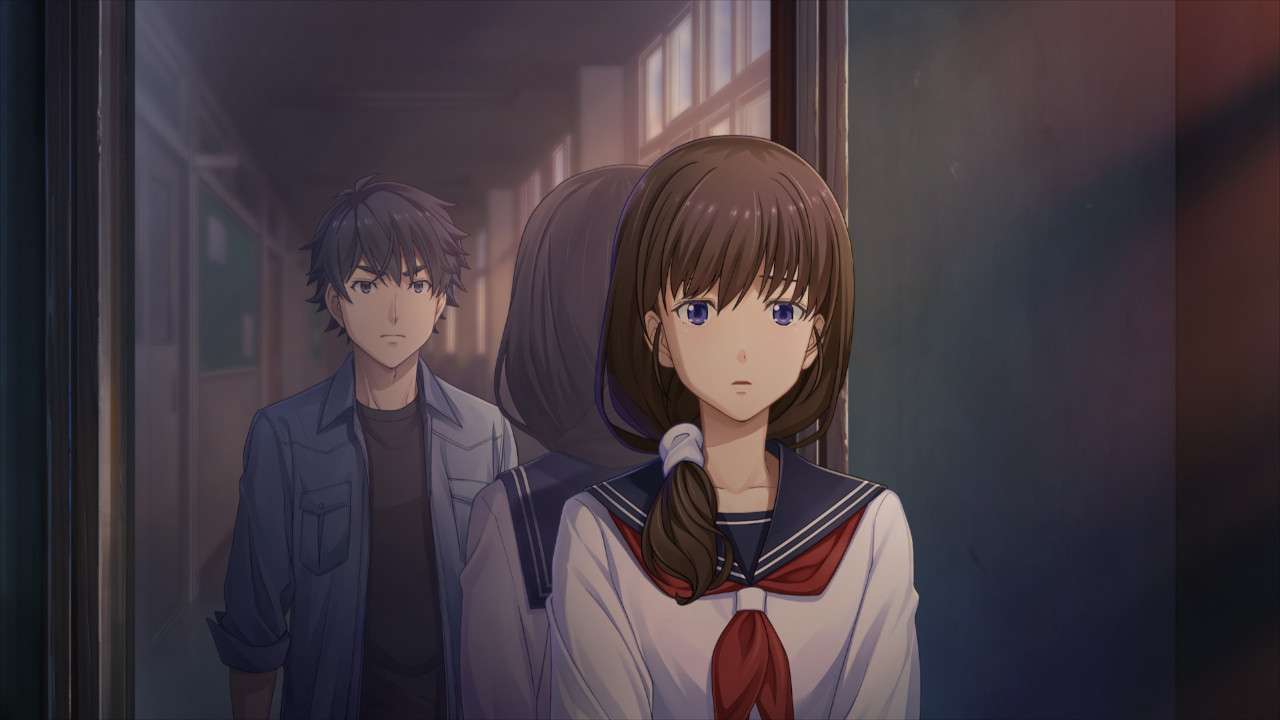 Playing Famicom Detective Club is like reading an old book. There’s a good story in there, but the pages are sticking together so actually getting through it takes more effort than it should. The Girl Who Stands Behind has a gripping, if typical, detective mystery that is incredibly frustrating to get through.

You play as a high school age boy who, after running away from home to search for his parents, is taken in by a private detective and works as his assistant. A few months later, a girl’s body is discovered in the river in an apparent suicide. However, after investigating you discover bruises on her neck, making this a murder case. Along with the victim’s best friend, you begin investigating the murder and find much more than you bargined for.

For those not in the know, the two Famicom Detective Club games, The Missing Heir and The Girl Who Stands Behind, were japanese only games released for the Famicom (known here as the NES) in 1988 and 1989 respectively. The Missing Heir was released first, but the two disc Girl Who Stands Behind is a prequel to that story. These two games have seen a ton of remakes and re-releases over the years, appearing on the Super Famicom, Game Boy Advance, Wii Virtual Console, and the Wii U and 3DS’ eShops. Finally making their way west, the duology comes to switch with fully redone visuals, Japanese voice acting, and an updated soundtrack. However, the gameplay still remains dated and archaic.

Before we get into the gameplay, let’s talk about the new visuals and soundtrack. Both are uniformly excellent, with each location being gorgeously rendered and every character animated in some way accompanied by some boppin’ tunes and high quality voice acting. The voices are only in Japanese, I didn’t mind this since the game takes place in Japan in the late 80s. The animation of characters using something akin to old flash cartoons where the drawings are simply rigged and moved around like 3D models, but it still looks very good and there are a ton of character sprites. 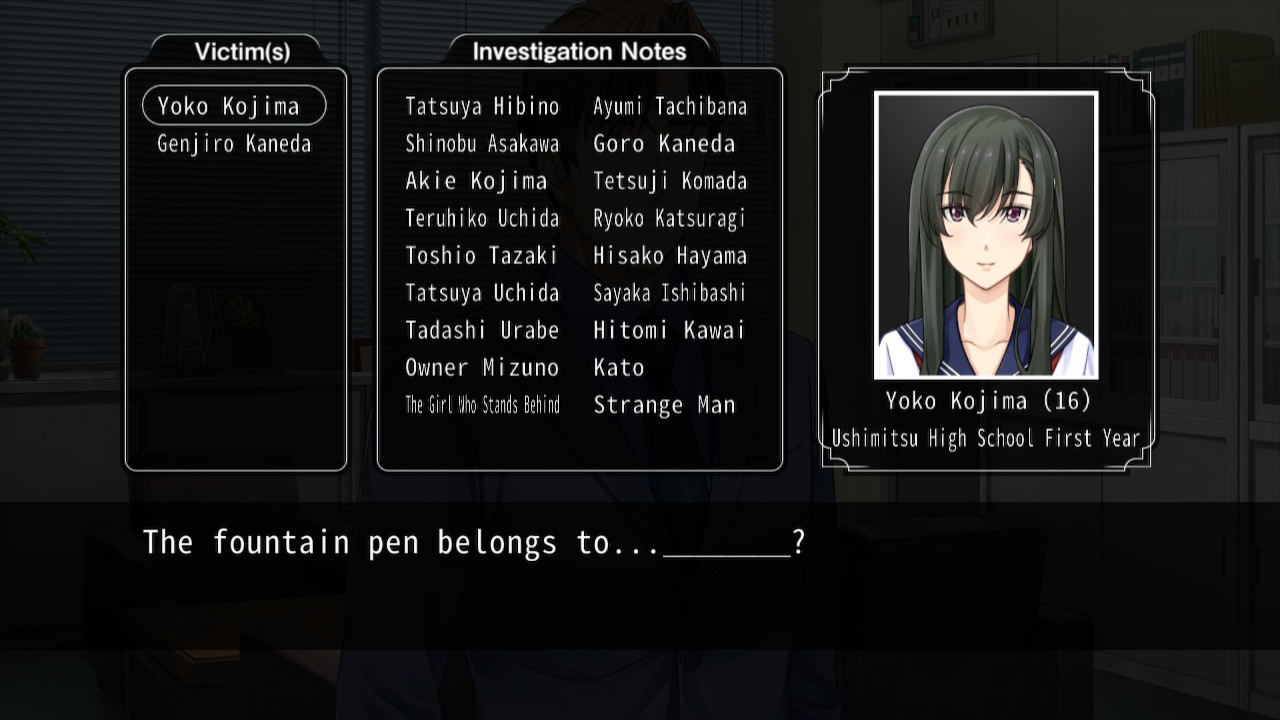 The game is a lot like a visual novel with some adventure game elements. There are a few dialogue choices that don’t really affect anything, so the interactivity comes from menu navigation. When investigating a location or interrogating a suspect, everything you can do is listed in a menu in the top left corner of the screen. These can range from moving to another area, asking someone about a person or concept, looking at your surroundings or an object, to simply taking a moment to think. On paper, it’s nice to have so many options to progress the story, but in practice playing the game is like having to guess a password every few seconds. For example, you might be confronted by a school bully who mistakes you for the killer. To reason with him, you would think to show him some evidence like Yoko’s, the victim, school ID or just talk to him, but to actually progress you have to look at his face using the cursor by selecting “Where?” in the look menu, then talk to him. The game constantly puts nonsensical roadblocks in your way like this, when all I want is to get to the next scrap of dialogue.

That being said, putting together the mystery presented here is a lot of fun. Figuring out who’s trustworthy and who’s telling only half truths is just as enjoyable as any mystery novel or movie, but being a game I would have liked a few more chances to test my theories instead of simply watching the characters put it together. It’s a difficult thing to get right, even one of my favorite game series Ace Attorney has quite a few moments where I’ve figured things out a few steps ahead of Phoenix. The game does have a few segments where you need to fill in the blank with a person of interest, but it’s always stupidly obvious who the answer is. If this series gets revived for a third entry, I’d definitely play it, especially with more quality of life improvements and less frustrating gameplay. For now though, I’ll just have to settle for playing The Missing Heir.

Famicom Detective Club: The Girl Who Stands Behind

Famicom Detective Club: The Girl Who Stands Behind has an excellent murder mystery plot that is sadly obscured by frustrating and arbitrary road blocks. The visuals, writing, and soundtrack are excellent, but actually getting to those will take a lot of patience.

David is the kind of person to wear his heart on his sleeve. He can find positives in anything, like this is a person who loved Star Fox Zero to death. You’ll see him playing all kinds of games: AAAs, Indies, game jam games, games of all genres, and writing about them! Here. On this website. When not writing or playing games, you can find David making music, games, or enjoying a good book. David’s favorite games include NieR: Automata, Mother 3, and Gravity Rush.
Related Articles: Famicom Detective Club: The Girl Who Stands Behind
Share
Tweet
Share
Submit