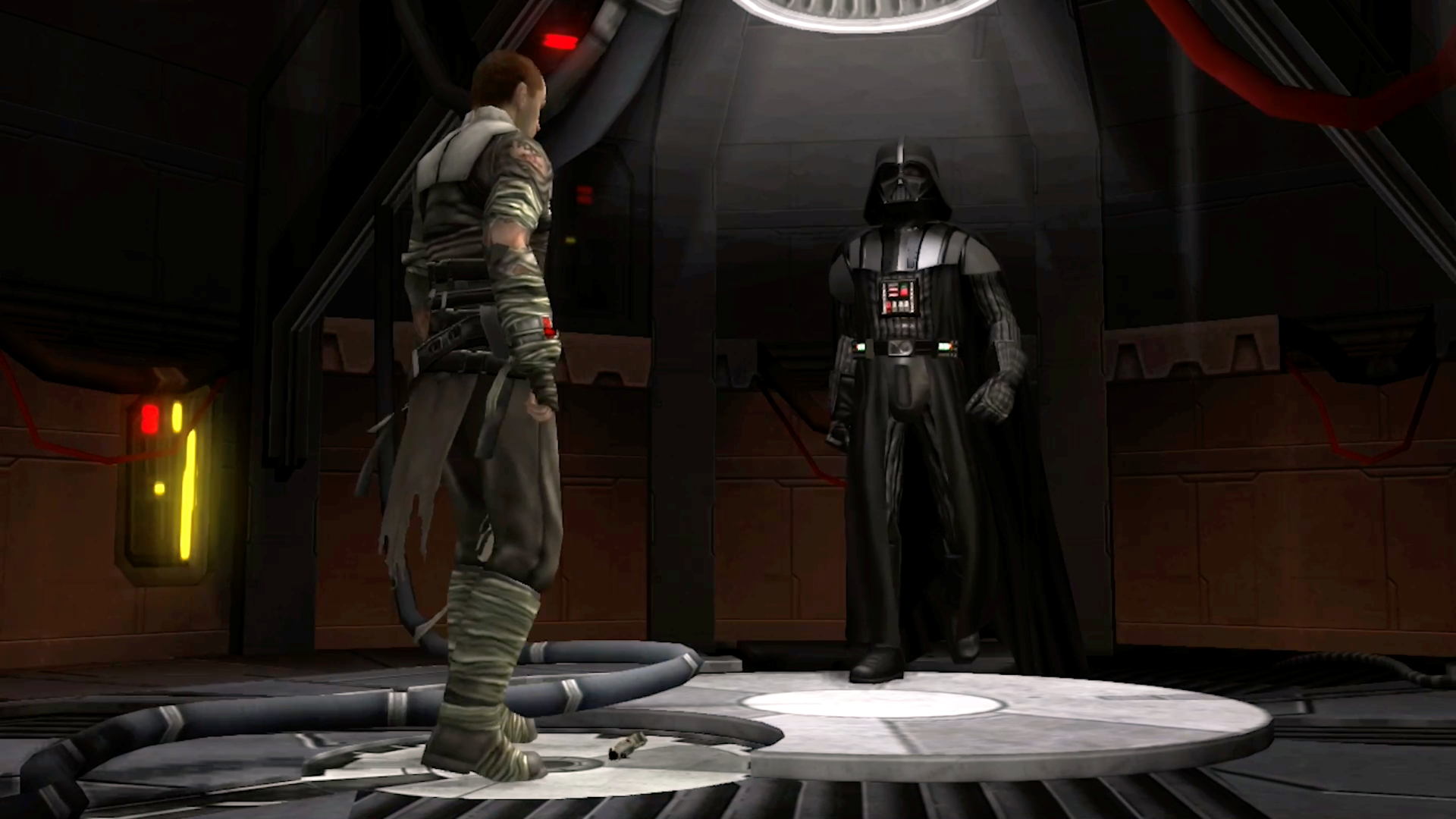 While I’m not a huge fan of the Star Wars franchise, I am admittedly a fan of the games. So much so that I played The Force Unleashed when it first came out back in 2008 and absolutely loved it. The game attracted me with its interesting take on the Star Wars universe as it’s one of the few games that puts players in the shoes of a villain and lets them play freely as said villain.

The game’s story takes place between Episodes III and IV. It follows a young boy who Darth Vader takes on as an apprentice one day after eliminating multiple Jedi soldiers, including his father. The game follows the apprentice’s journey following Darth Vader’s commands to eliminate several Jedi masters, many of whom are in hiding after Order 66. While the game starts off slow and simple, it quickly progresses and gets interesting as more characters are highlighted and the stakes rise. The voice cast (especially Sam Witwer as the apprentice/ Starkiller) also put up excellent performances portraying the many interesting characters.  The gameplay, however, is the game’s most entertaining aspect. In contrast to the story, this element starts out strong by putting players in the shoes of an already powerful character. Players will move from level to level, cutting down stormtroopers, droids, and other enemy types with their lightsaber while simultaneously using the myriad of powerful abilities available to them. 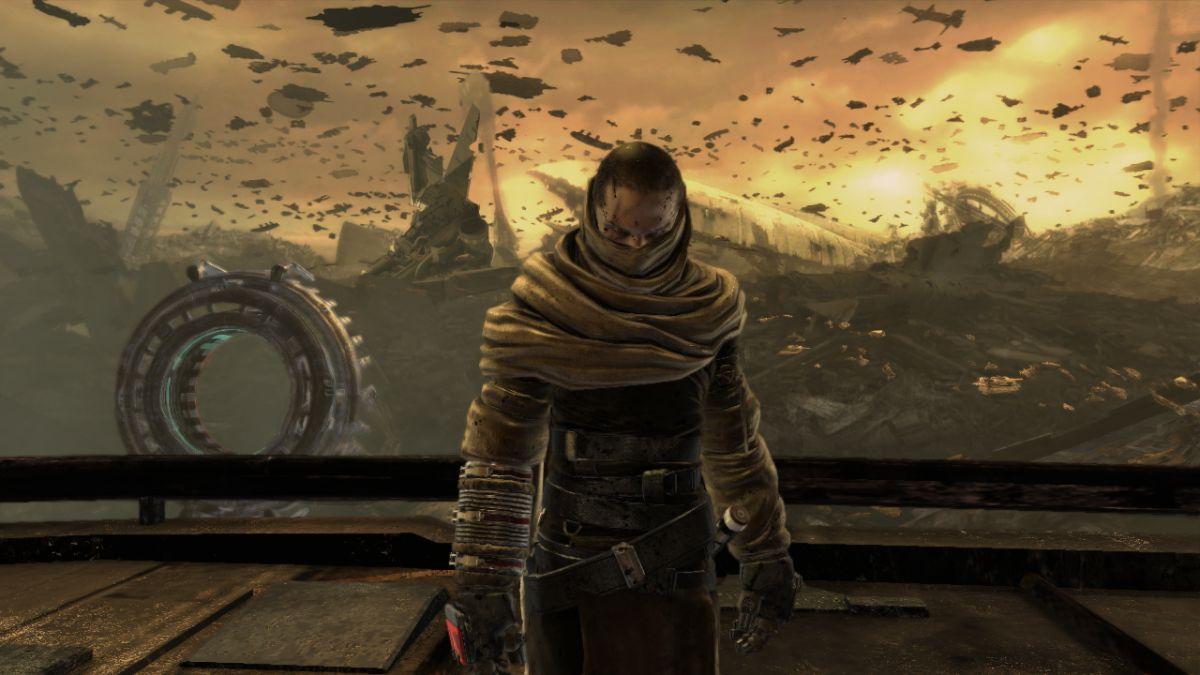 These abilities include Force Push, which, as the name suggests, lets players use The Force to push enemies into each other or off ledges. Force Choke can be used to grab individual soldiers and enemies by the neck and toss them into TIE fighters and other miscellaneous ships and objects; Repulse is one of the coolest abilities as it’s basically a massive AOE attack that sends enemies surrounding you flying, a skill I often found useful. LightSaber Throw is also a neat ability that lets players turn their lightsaber into a projectile. While it is fun to use, I never found it very effective, especially against larger enemies, as you’ll always have to aim precisely for it to be effective. However, my favorite ability is Force Lightning, which is a powerful ability that does heavy damage to enemies and looks incredibly cool.

The game does a good enough job of implementing these abilities to make you feel like a badass, especially in the latter half of the game as you mow down enemies left and right. Each skill can be leveled up right from the get-go once you’ve acquired enough points, and many of them can be quickly and easily maxed out from the start if you’re diligent enough. The upgrade system is also incredibly simple, albeit a bit rudimentary. Players can also improve their lightsabers with various gameplay upgrades, all focused on a particular ability and can change their lightsaber color by picking up crystals.  My favorite part of customization is the various outfits you unlock as you progress through the story. Each of these is incredibly cool and dynamic in its own way. Unfortunately, the Switch port doesn’t include the DLC outfits, but those available in the base game are still pretty great. 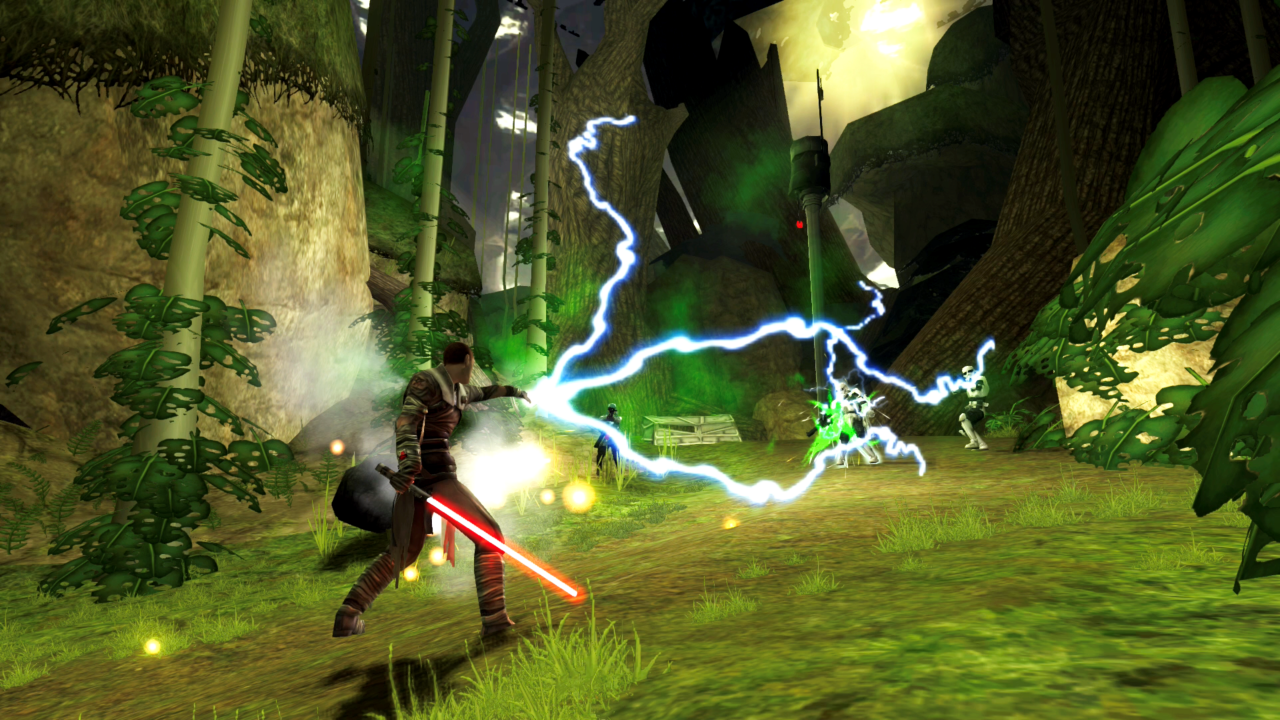 However, with all the good that comes with The Force Unleashed comes some bad and annoying elements. Some of which are the several tedious enemies, especially the larger ones that absorb all your attacks and spam you with theirs without giving you time to counter, making for an incredibly frustrating ordeal. I also often struggled with the force grab ability (basic x ability) as it was always a struggle to get items or enemies to move exactly the way you want to. Aside from that, while the game has some well-crafted levels with superb art direction, many of these areas are repeated throughout the game and, unfortunately, are also incredibly linear, so exploring them is never really satisfying.  While not as big an issue as my previous points, it’s also worth mentioning that the Switch port doesn’t come with all the DLCs included, and with no current way of getting these items, Switch players are essentially left with the short end of the stick.

Performance-wise, the Switch port is stable and runs well. I thankfully didn’t encounter any issues with lags, glitches, long load times, or frame rate dips, and the resolution is a stable 1080p docked and 720p undocked, although I mostly played undocked as I thought it looked better. While testing the motion control feature the port comes included with, I found that it worked most times but proved to be an unnecessary hassle other times. It’s also worth mentioning that the game makes use of the Switch’s touch screen, which I found cool. 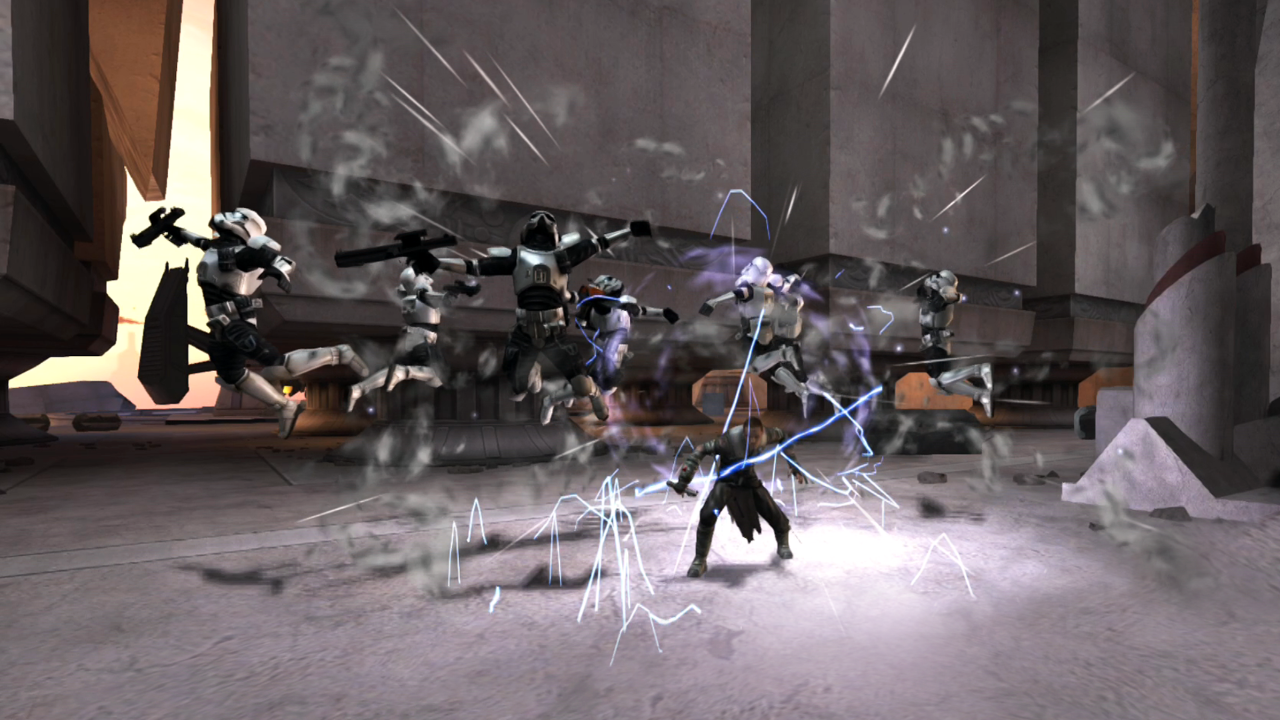 All in all, Star Wars: The Force Unleashed is still as great as I remember. While it has a few annoying elements that come with its age, the Switch port does a good enough job of bringing the title to new audiences in a better state and not a worse one.

Star Wars: The Force Unleashed still provides a highly entertaining experience despite its few issues, and the Switch port does a great job of bringing the stellar title to newer audiences.

Abdul Saad is an avid gamer and computer geek. He's been writing for four years on news, reviews, previews, and more on multiple gaming sites. When he isn't writing or playing the latest JRPG, he can be found coding games of his own or tinkering with something electrical.
Related Articles: Star Wars: The Force Unleashed
Share
Tweet
Share
Submit