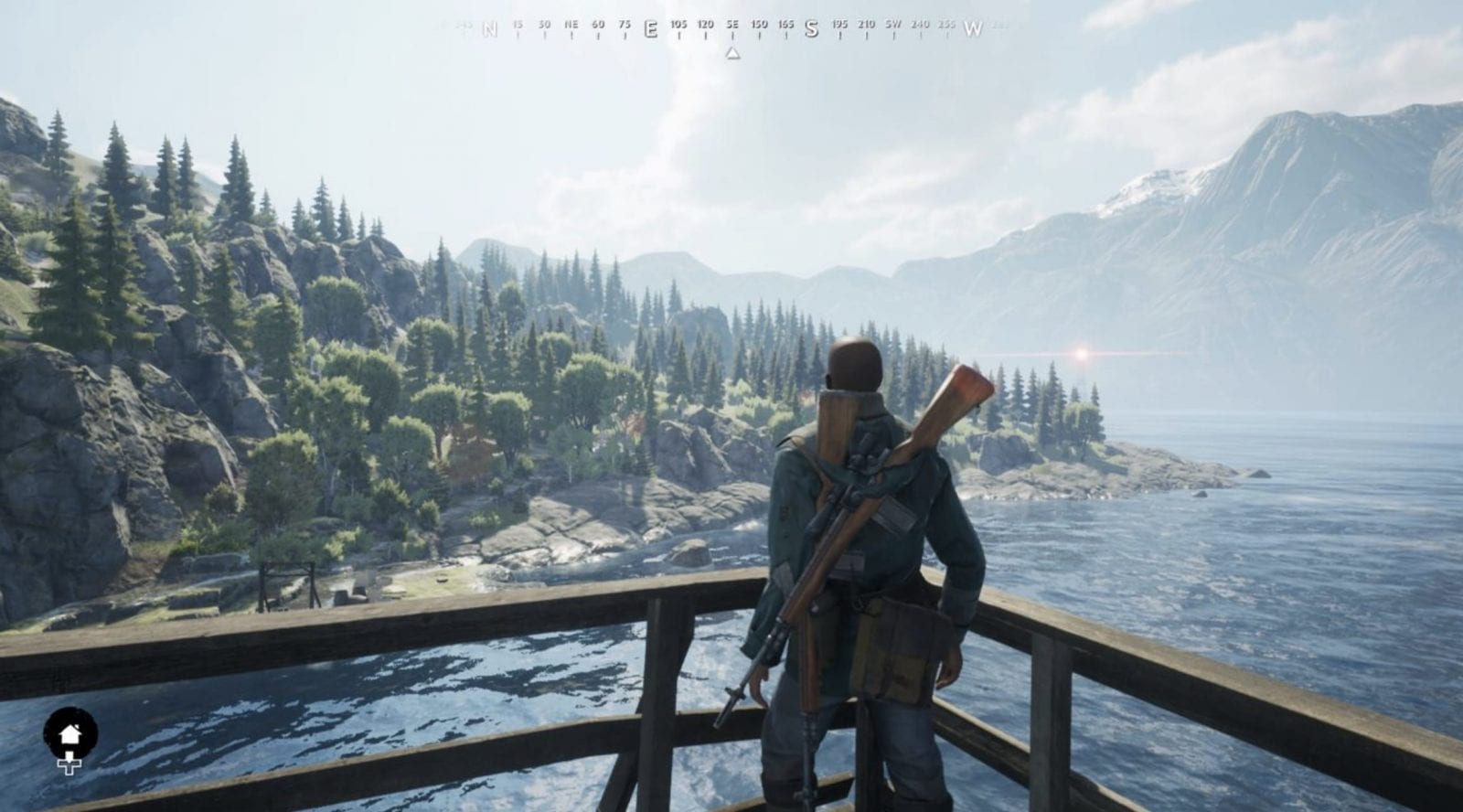 Downloading Vigor felt like a risk – it had more one-star reviews than five-star reviews on the Microsoft Store. But it’s free to play, so I had a feeling that it was just receiving so much criticism because it was being downloaded by a lot of people who don’t know much about it and are looking for something new. If you have your mind set on playing a specific new game and you walk into a store and pay 70 dollars for it, you’re wiling to do so because you know what you’re getting, whereas Vigor can be obtained spontaneously. It is an online multiplayer shooter, so going in I was primed to compare it to games like Call of Duty, Battlefield, and PubG (PubG being the one MOST similar, I’d say). I’d also seen in a few reviews that the game was “brutal,” so personally, I was excited.

There are three game modes (all are online multiplayer): Shootouts, Eliminations, and Encounters. Shootouts are your run of the mill free-for-all killing contests. They’re the simplest game mode to wrap your head around and you see a lot of action, so they’re best for practicing. Eliminations are round-based, single-life, team deathmatches, with an area objective that appears if no one team is eliminated quickly enough. Both of these game modes come with random guns and ammo which is a little bit limiting, but early on it was nice to practice on a bunch of different guns anyway. The third game mode, Encounters, is what the reviewers were talking about when they said the game is brutal, but I’ll actually have to back up a bit to explain why. 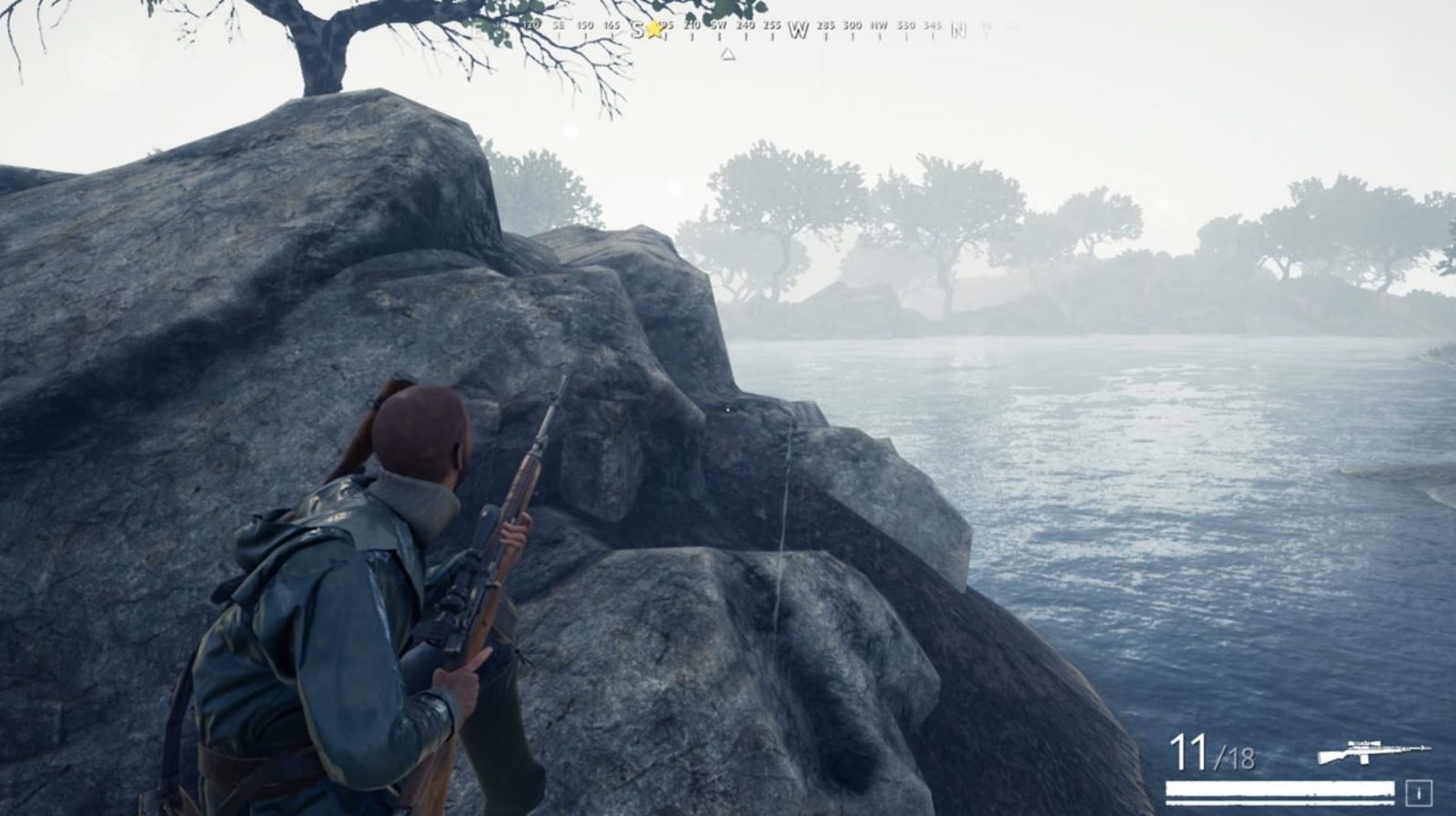 Vigor’s most unique characteristic is its personal utility room. Instead of an imperceptible loading lobby where you set loadouts or classes for yourself to use while you play, your “Outlander,” (that’s what the characters are called) physically accesses a safe house, which is a private base of sorts. At each safe house is a utility room where you collect guns, ammo, and supplies that you find or earn while playing. You can also craft guns, ammo, and consumables with parts and materials that you find while you play. You very much have a finite amount of weaponry which makes monitoring your stash important.

So when you play Encounters, you first need to grab whatever equipment you want to bring to the battle from your utility room. Everything that you choose to bring with you makes you stronger, but is also a gamble. The objective of an Encounter is to find loot hidden around the map and collect it, as well as any loot you may get from other players that you kill, and then exit the map safely, a richer Outlander. They’re similar to Battle Royales, however if you die in an Encounter, you drop your entire inventory and lose it permanently to whichever player loots your body (unless you purchase insurance). It’s like choosing what to bring with you on a dangerous lava spelunking mission in Minecraft. You can go from rags to riches or vice versa very quickly via Encounters, so proceed with caution.

Missions are chosen from a simple menu while you’re at your base, which also has a shooting range with infinite ammo for practice, a food charity box to donate to noobs, a leaderboard that keeps track of your stats, a wardrobe where you can change your Outander’s physical appearance, and a crafting table that you can use to upgrade your shelter either purely aesthetically, or by adding a tool that makes doing other things easier, like a wind turbine or electric generator. None of this is mandatory, so if you’d rather not be bothered by it all, you’re free to just pop in and out of matches over and over from your shelter.

The actual gameplay of Vigor is kind of rough. One-star reviewers: I sorta feel you. Moving, aiming, switching guns, and healing are all slow and clunky. Movement seems to have only two speeds, standing still and taking huge strides (an exaggeration, but not a huge one) so stealth attempts sometimes look a little awkward. All movement is in third person (which is a tomato to the face for competitive players), but you can toggle between third person aiming, which is like hip-firing, and first person aiming, which is aiming down the sights. Because I’m an experienced FPS player, I was the best at Shootout games in a heartbeat. I only played that mode about 10 times, and I finished first every game. One game, I finished with 16 kills, and second place had five. But even to me, nothing ever feels very accurate in Vigor. There aren’t many tracer rounds, so improving your accuracy is difficult. This would be ok if the guns were easier to control, but they are bouncy like no other! It looks like I’m aiming while riding on an old wooden roller coaster. If you don’t have a single-shot rifle with a scope, you can forget about engaging in any long-range, or even medium-range battles. Controlled sprays are nigh on impossible with automatic weapons, and iron sights often bounce out of alignment, making them even tougher to use. You can’t switch guns or begin to heal with a single button, you have to quickly open a small menu and select what you want to use instead. Melee attacks are hard to aim, and there is what seems like a full two second buffer in-between swings, so when I ran out of ammo at close quarters, I had some pretty pathetic looking brawls that I just couldn’t get the hang of.

The sounds in the game are ok. There are some nice ambiance sounds like rustling grass and chirping birds, but a lot of the weapons sound similar and they all “clang” instead of “boom,” if that makes sense; I never thought, “wow, listen to the concussion of that. It must be a huge caliber.” I only ever thought “that one is louder,” or “that one is higher-pitched.” Similarly, I thought the graphics weren’t bad, but they certainly weren’t good enough to catch the eye. From a stand-still, a lot of the scenery looks pretty, despite some movement looking odd. The maps are also designed intricately. There’s a nice level of detail inside and around buildings especially.

All in all, I found certain parts of some games enjoyable, but most of the time I felt frustrated. The Encounter game mode and the concept of a personal stash of weaponry seem like good ideas, but the way it works inspires a lot of stealth and camping, and the footsteps your player takes are LOUD. The free-for-all format of shootouts is tried and tested, but you don’t gain loot that way so the games just never mean much more than practice. Elimination matches are ok, but then of course you are assigned teammates, so you have to rely on the integrity of random people on the internet, which is always a crapshoot. There is also no choice of weaponry to experiment with in competitive play- this is only possible in the shooting range. And the concept of an upgradeable home base is sound, but I found myself having very little interest in improving any aspect of it; I just wanted to get on with the game.

Vigor is clunky and brutal. There is no satisfying single-player to fall back on, so every game session feels like a strain. It’s a shame because the ideas are sound, and it could be great, but the poor mechanics torpedo any competitive urge you have going into it. Vigor’s gunplay needs to improve drastically before it can start to accrue a real audience of passionate players.

Tim, originally from where Fallout 76 takes place, is a writer, soccer player, cook, baker, and of course, gamer, just looking for his teammate-in-crime. When it comes to gaming, he enjoys long walks on the beaches of Normandy. He loves traveling, especially fast traveling because it saves lots of time. He's 6' 4" so he's saving up for an XL standing desk for his TV and Xbox. He's just as comfortable going out on adventures as he is staying in with a glass of Nuka-Cola. He's very easy-going, or peaceful-going, or whatever the easiest difficulty is called. If you want him to, he'll tell your parents you met him at the Winking Skeever.
Related Articles: Vigor
Share
Tweet
Share
Submit