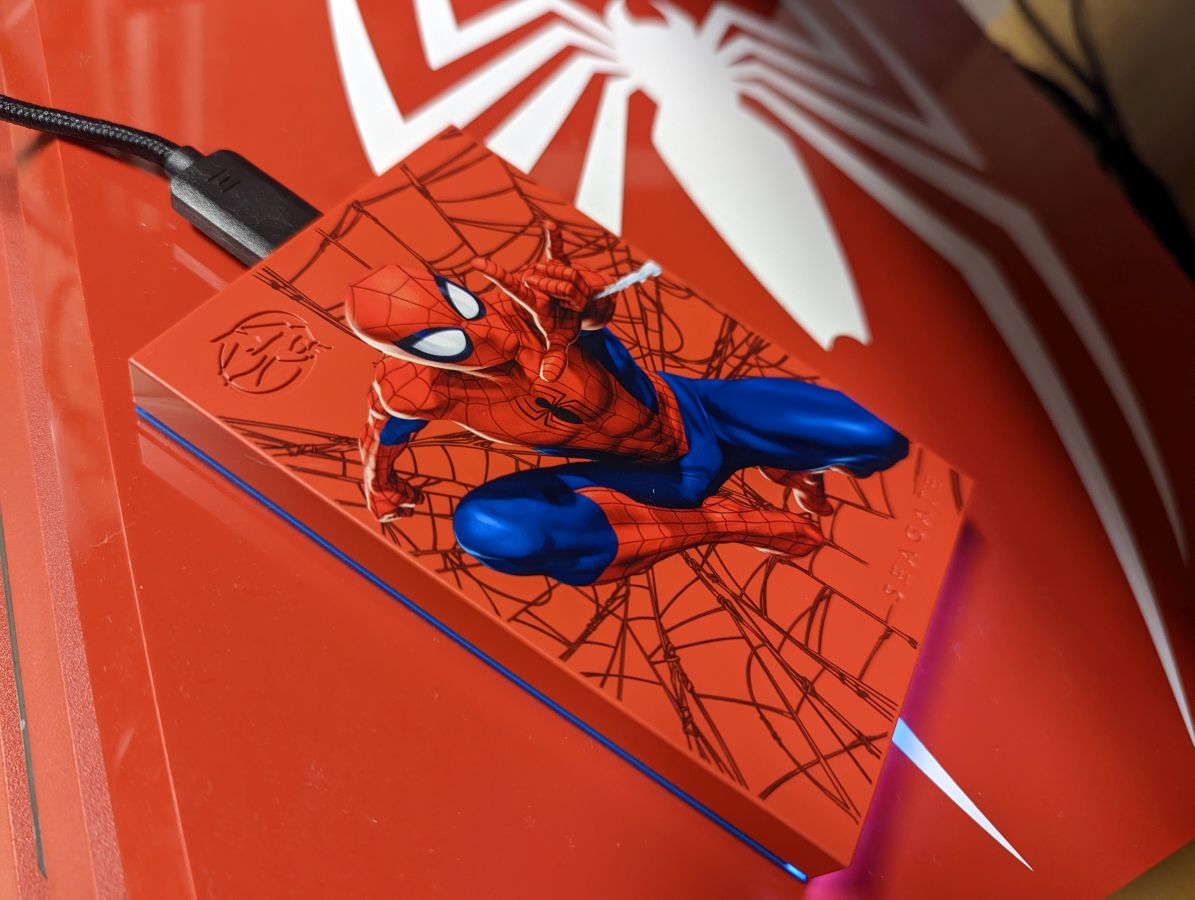 Hello true believers! It’s time again to swing through a special edition external hard drive review! We’ll crawl over all the details and hopefully come to a conclusion on if you should grab one yourself. That is, if we can traverse the web of information. Okay, okay, I’m sorry about all the puns. I guess only Peter Parker is quick witted enough to spit those out as Spider-Man. And now I’ve blown his identity. Real smooth. Anyways, hard drive review.

While you might be used to what comes in the box when grabbing an external hard drive, let me refresh your memory. With Seagate’s we have the 2TB external HDD, measuring in nearly as small as a deck of cards. It also weighs almost nothing, barely more than a third of a pound. With the short, braided USB 3.2 Gen 1 cable in tow, this is still the perfect travel drive. For someone who is constantly on the move, even in my own house, being able to pop this hard drive in my pocket frees up my hands for other uses. My issue with the cable still stands though, it’s not easy to replace given it’s somewhat proprietary nature – it’s time to move to USB-C, folks. 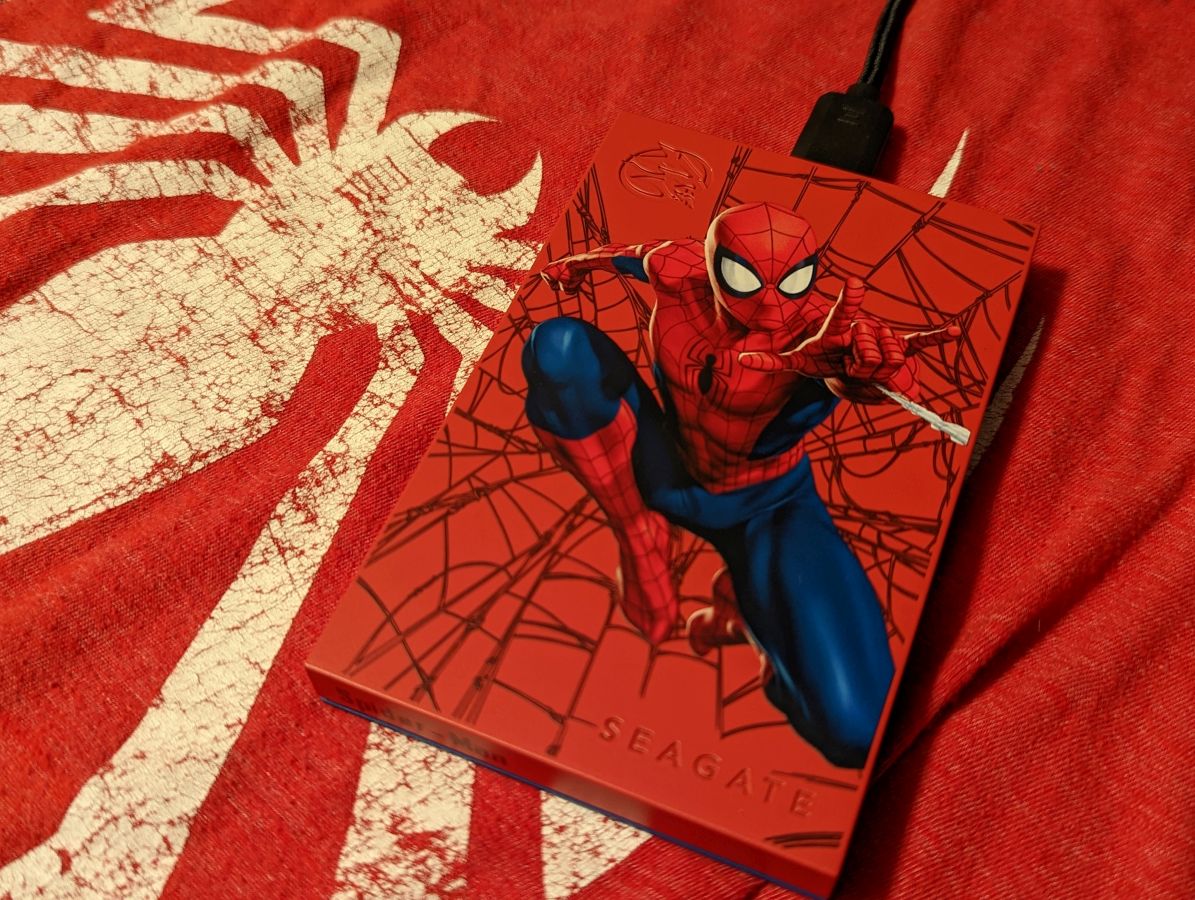 The real reason you may be looking at this drive is the art, and I can’t blame you in the slightest. I love the Spider-Man franchise to death, and it was almost impossible to pick between the three new designs. While Gwen Stacy is rad, and Miles Morales is just incredible, I had to go with my heart and grab the OG. This classic Spider-Man is printed on a beautiful red backing with a web design to boot, and even better the back of the drive is blue, along with an emboss of the spider symbol located on Spidey’s back. I think the only way this could have been any better would have been the USB cable looking like a web… but now I’m just dreaming.

The versatility of the Spidey external hard drive is fantastic. Besides being a great drive for use with your PC, it also supports both PlayStation and Xbox consoles. Obviously with the PS5 or Xbox Series consoles you won’t be able to use it for current-gen games, but it works great for cold storage. Not to mention, you can still play previous gen games off of it on your new consoles. Psst, it also looks fabulous next to a Limited Edition Spider-Man PS4 console, as you can see in our header image. 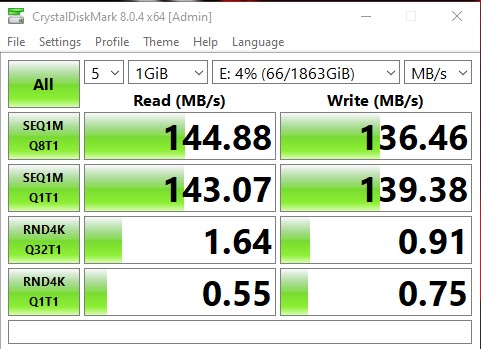 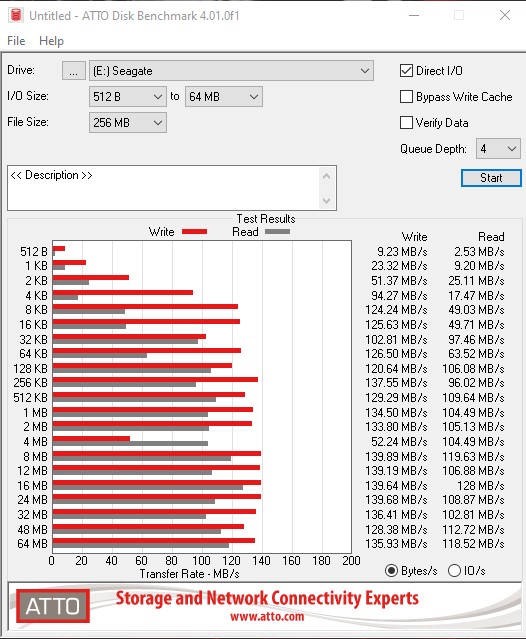 So let me just start off the numbers portion of this review by saying that sometimes when the numbers are off, try restarting everything. I was getting the weirdest write speeds that didn’t make any sense compared to the previous Star Wars Grogu drive, but as soon as I restarted my computer, everything became much more similar. If at first you don’t succeed, try turning it on and off again. Continuing on, as per usual the Seagate drive inside does its job, even with a little fluctuation due to exceeding the 128mb cache (speeds captured in the above pictures via CrystalDiskMark and ATTO Disk Benchmark). Compared to previous models, you’re going to get about the same speeds, and those speeds are great for the kind of hard drive you’re dealing with. Seagate comes in and does the job exactly how you expect every time. Even if it takes a computer restart to clean up the communication.

You’re always looking for a fun way to test a hard drive, especially since there’s not always much more to say than, “it works good”. So I figured, “Can we play Marvel’s Spider-Man on PC… off of a Spider-Man external hard drive?”. Not only can you do it, it’s incredible how good it runs. It took about 13.5 seconds to load into the game from starting it on Steam, and then 22.5 seconds to boot in from a new save. From there, I was kind of taken aback. I expected plenty of stutters, issues, everything you could imagine. But everything loaded extremely well between cutscenes, missions were pretty instantaneous, I didn’t really notice a lot of pop-in, and boy the performance. I didn’t expect much, but medium settings went so well I figured I’d shoot for the moon. On very high settings for just about everything in the open world (including ray tracing), I’m still rarely under sixty frames per second. I don’t know what magic has it working like this off of this hard drive, but it’s not a bad option if you’re trying to save some space on your M.2 or SSD. 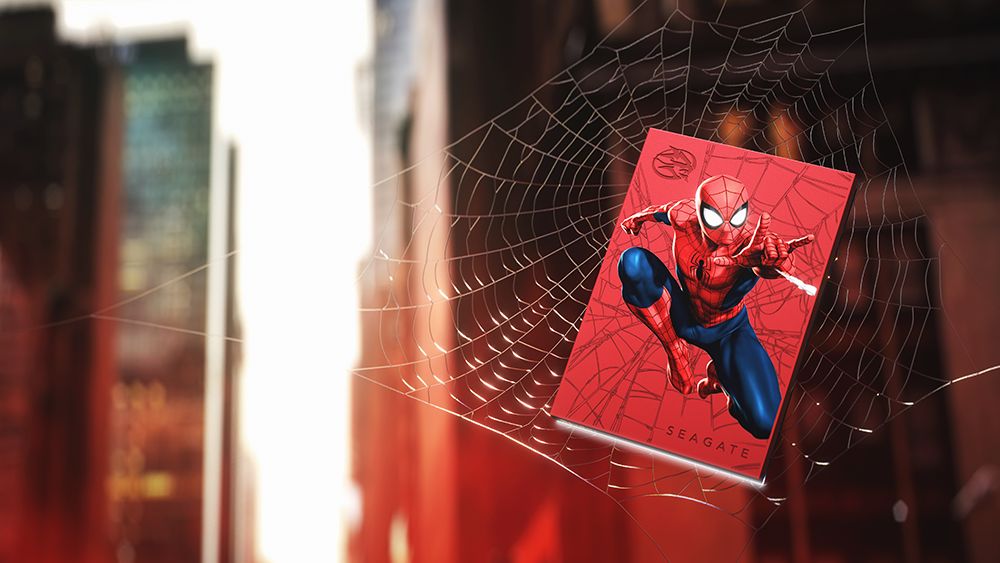 The last time I played around with a Seagate drive, I came away disappointed with the Razer Chroma compatibility. The Toolkit does a fine job with the lovely strip of RGB at the bottom anyway, so it wasn’t too big of a deal, but Razer does have some killer RGB customization. This time, I was able to easily install Synapse 3.0 and without much trouble get the hard drive synced up with it. There are so many cool additional options included here, with your normal cycling of colors along with more intense variants like Starlight where your hard drive will blink the LEDs in different orders and colors. Maybe the most insane one is an audio meter, where it will respond to whatever you’re listening to. I’m glad I took a second to see if my previous problems were behind me, because the Razer Synapse integration is completely worth it.

I don’t see how you can’t love these hard drives. Seagate has mastered getting the perfect artwork on the front of them with great collaborations, and it’s not a marketing gimmick to get you to buy an external hard drive. Well, it is, but they aren’t tricking you into a shoddy product. These external drives are exceptional, and ones you should look to pick up from your local tech department or online.

David Burdette is a gamer/writer/content creator from TN and Lead Editor for Gaming Trend. He loves Playstation, Star Wars, Marvel, and many other fandoms. He also plays way too much Call Of Duty. You can chat with him on Twitter @SplitEnd89.
Related Articles: Spider-Man Special Edition FireCuda external hard drive
Share
Tweet
Share
Submit