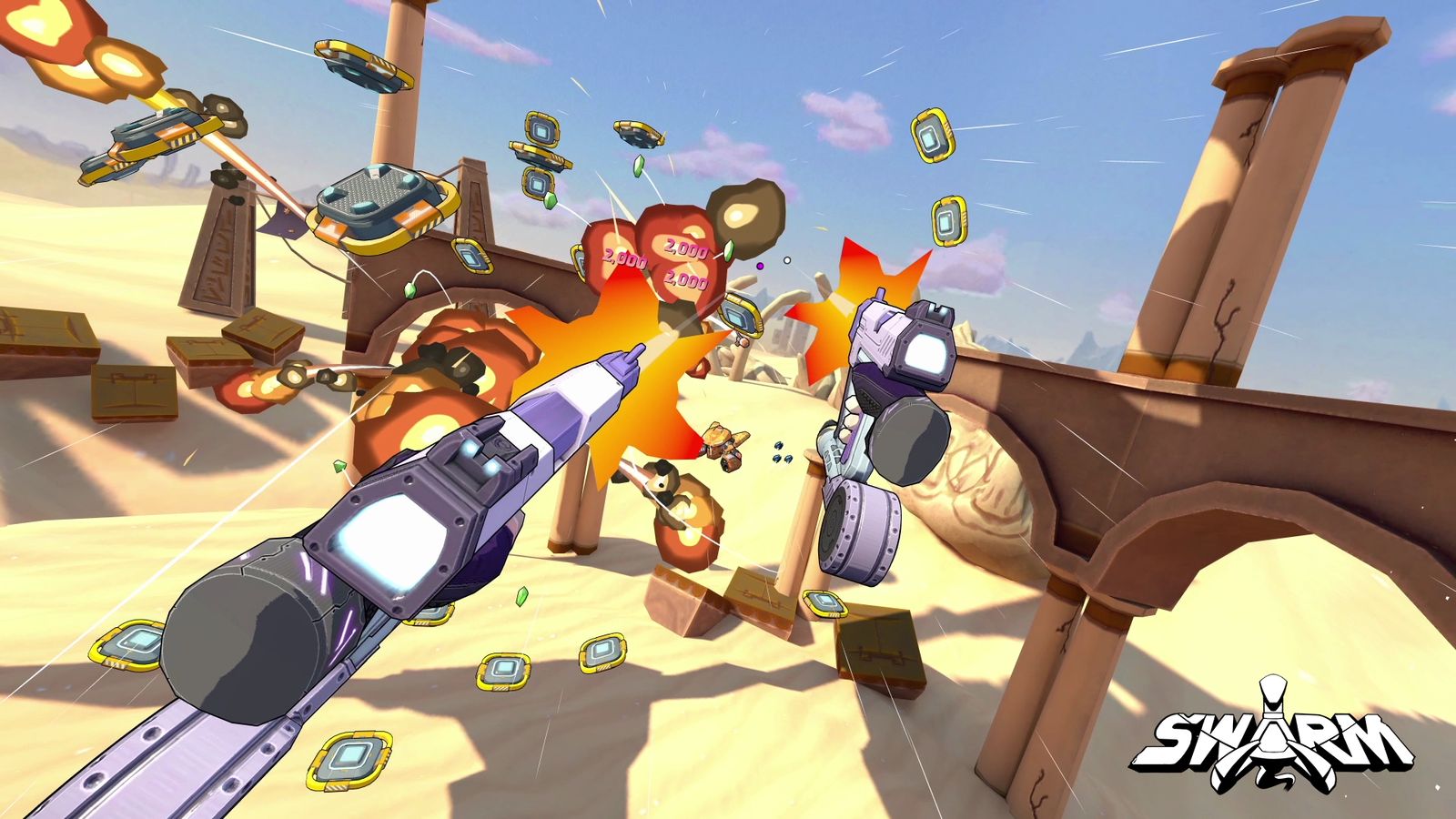 I’ll be totally honest- I hate bullet hells. Sometimes they can be cheaply made so it feels like a cash grab, other times they’re just so overwhelming that it’s hard to keep up. And that’s totally fine; I’ve stayed away from them for a long, long time. With this in mind I was a bit worried about checking out SWARM, developed and published by Greensky Games. Will I harbor the same resentment in reviewing this title? Well, there was enough shown in their launch trailer that swayed me to think that this won’t be like any other fast-paced, bullet hell style game. Plus, it’s all of that, but in VR — that sounds interesting enough…

…And boy was I glad to pick this one up. 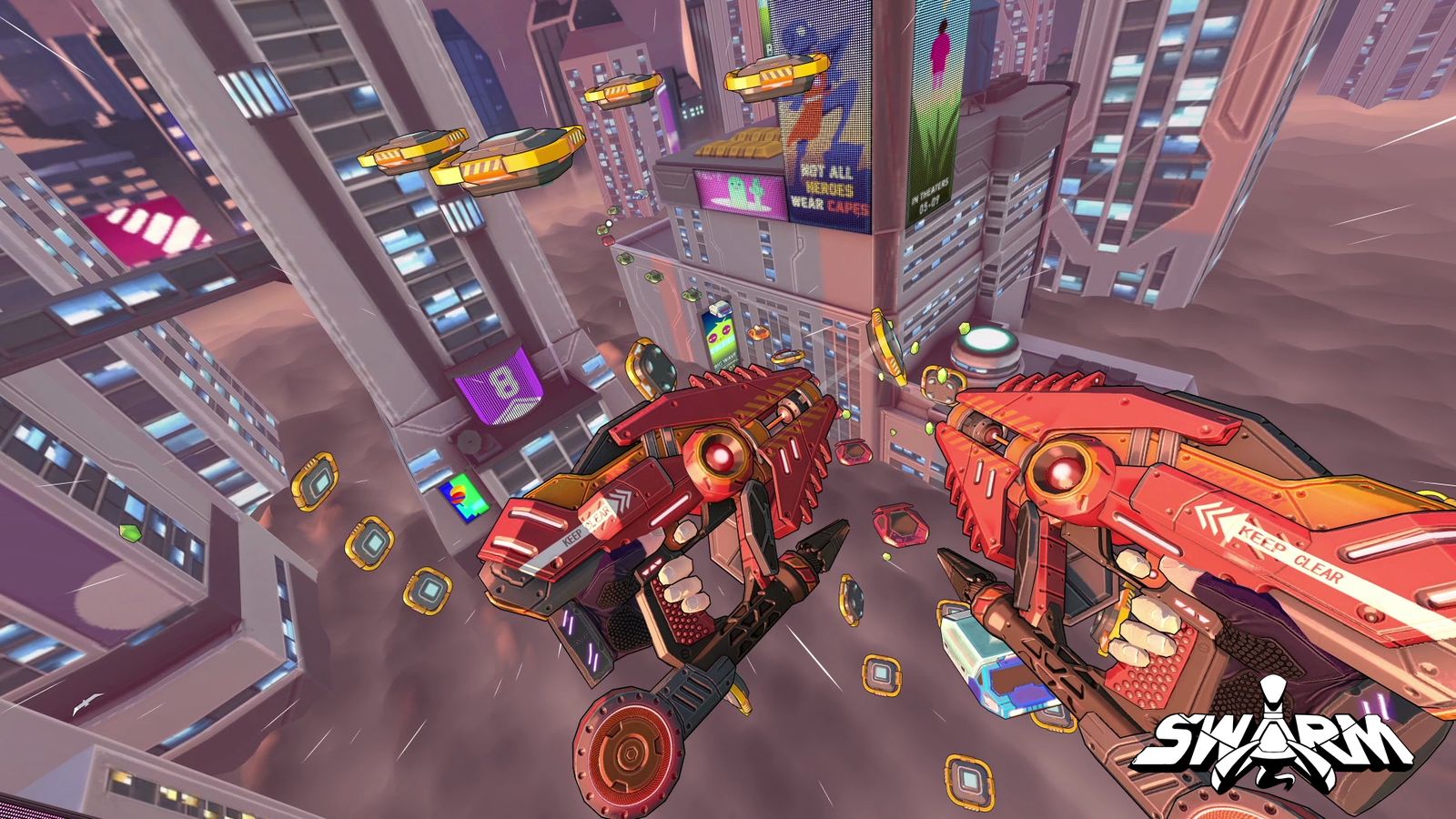 I’ll start with the background of the game. You’re armed with a pistol in each hand that doubles as a grappling hook gun, allowing you to hook onto floating platforms dotted around the playing space whilst taking out hordes of enemies. Maintaining a steady flow of when you should zip to a platform and when you should shoot at enemies is key to surviving in SWARM. Actually, that’s kind of an understatement.

“SWARM is a fast-paced, arcade-style grapple shooter” is what Greensky Games wrote in the description on this games’ Oculus page. That barely explains the level of attention that this game requires, the level of multitasking the player goes through, and how generally difficult this game really is. At times, it felt mentally draining trying to keep up with what was on the screen. I noticed my senses getting weaker, my reaction time faltering, and my brain getting cloudy. But, just pushing that little bit further and getting through those difficult moments, clearing out large groups of enemies whilst dodging all kinds of enemy barrage — it was one of the most satisfying moments I’ve ever had while gaming. Honestly. 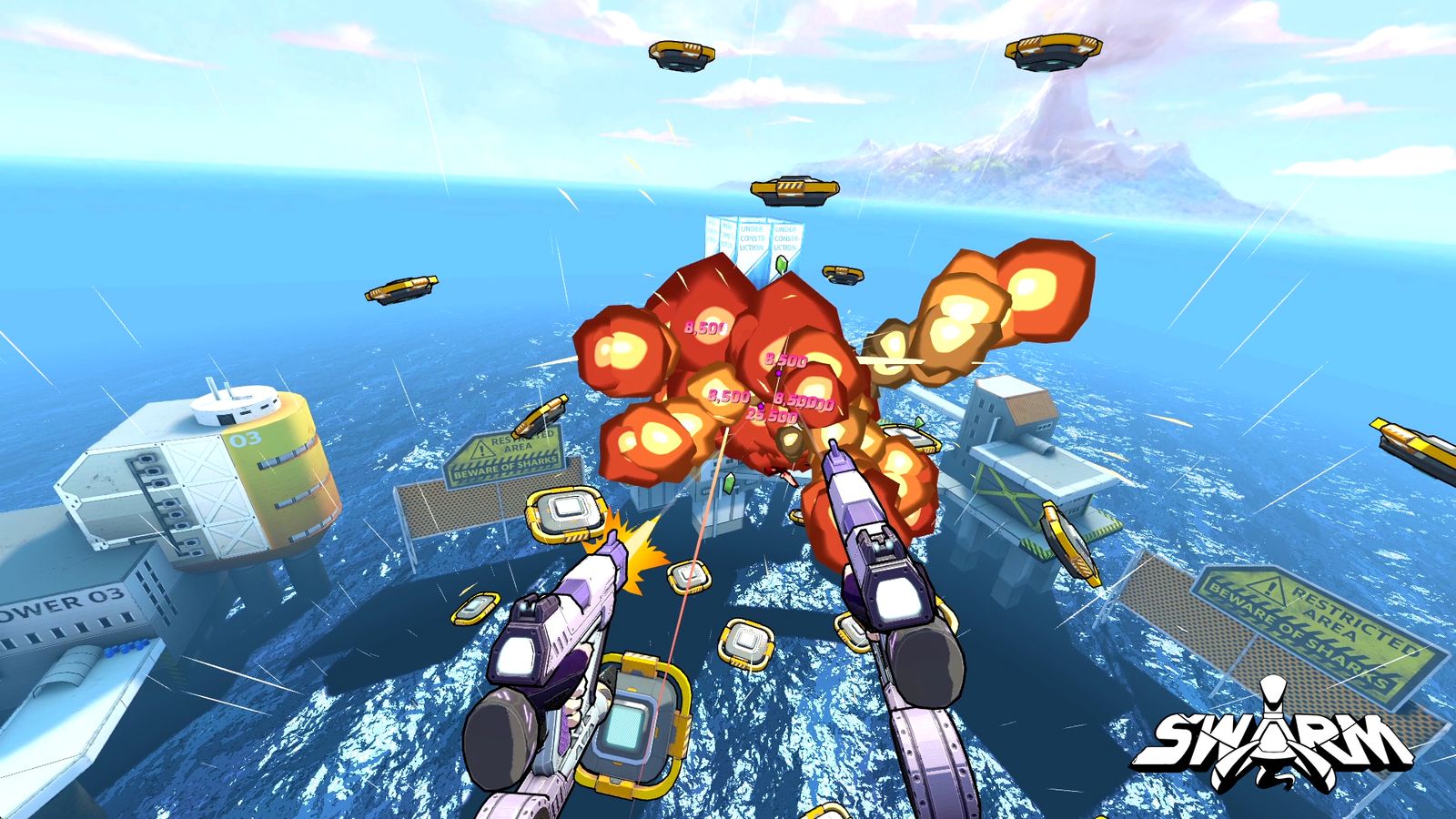 Like with every bullet hell game you gotta have interesting abilities or weapons, and, of course, SWARM has this in spades. Very early on you add some amazing tools to your arsenal, like slowing down time and instant-hooking to platforms. Put all the abilities the player gets together, and you’re an unstoppable machine…. well, until you fall. Falling to the ground will instantly kill you, so you also need to stay in the air. Of course, you can’t hook onto one platform and shoot at your enemies — you also need to stay agile and maneuver around the playing space to avoid enemy attacks. These can come in the form of bullets, missiles, or bull-rushing melee attacks. 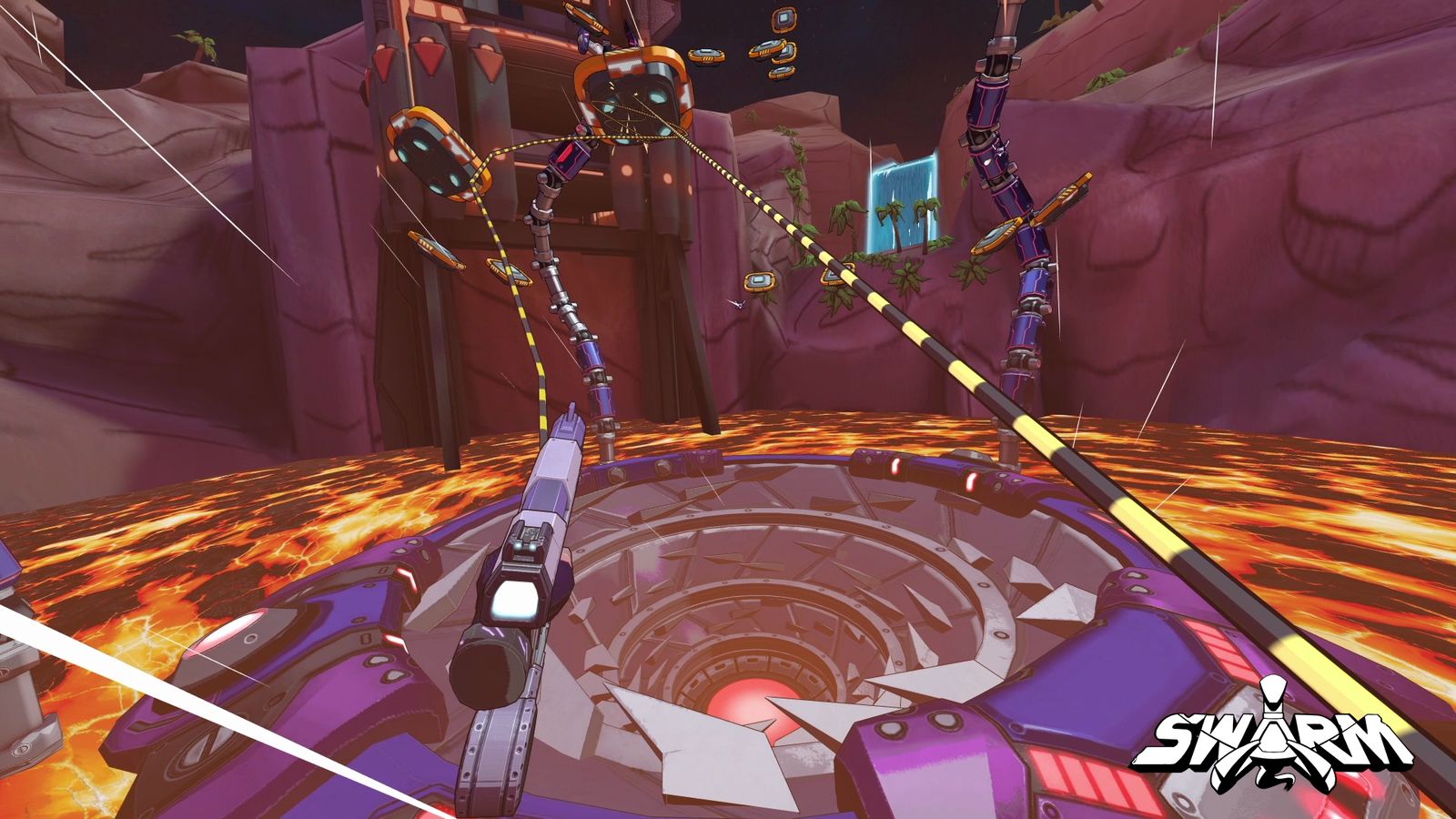 The story is pretty stock-standard, so nothing out of the ordinary here. An alien invasion hits Earth and you’re contacted in hopes you’ll be able to kick some sense into them. Nothing amazing there. However, from the get-go, the story does set up your character as this punk-rocker dude with no Fs to give and is just there to kick ass — and I’m all for that, it livens up the story and kept me interested throughout the whole thing (mostly because I want to hear how he reacts to story as I learn it).

One last thing I really appreciate about this game is how amazing it looks — I absolutely loved the choice of art style. Plus, even though it’s a VR game I didn’t notice any dips in textures or resolution at a distance. That’s something that’s really amazing to see, especially for a game that’s playable standalone on the Oculus Quest.

SWARM is a really difficult, yet immensely rewarding VR game. It’s designed to stress you out both physically and mentally, but once you break that barrier and keep your rhythm going, nothing can stop you. The art style is pleasant, it lacks visual issues that plague many other Oculus Quest titles, and it’s just overall incredibly fun to play for hours on end.

With a deep interest in writing, Ben followed that into a Journalism degree. As an avid lover for gaming, he is constantly expanding his library with console, PC, and VR games. He's obsessed with stealth games and loves hunting down the smallest of details inserted by devs.
Related Articles: Swarm, VR
Share
Tweet
Share
Submit