In this day and age, everybody seems to want to go fast. There’s no place where speed is more important than in racing. It could be real life events like NASCAR or it could be games like Need for Speed, but in the end speed is king. Trackmania is another addition to the racing game genre, but has its own twist to it. As I discussed in my preview last month, the game follows a free to play model, but you can gain access to more content by paying for a subscription. There’s more involved in that, but instead of rehashing everything, you’re better off checking my Trackmania preview. I’m mostly going to be discussing what’s been added since the preview build and what’s in store for the final build.

For disclosure’s sake, I want to mention that I was given access to the Club Access level of Trackmania, which is the highest and most expensive version. This allowed me to test out more features than the free version of the game, but as discussed in my preview, not everything is available in the free version. The free version of the game comes with 25 campaign levels that get swapped out every three months. This is meant to keep things fresh and keep players coming back for more. I played through the Summer 2020 campaign tracks, which all had some interesting and clever designs to them. It’ll be interesting to see how they innovate down the line and what they come up with without repeating designs. 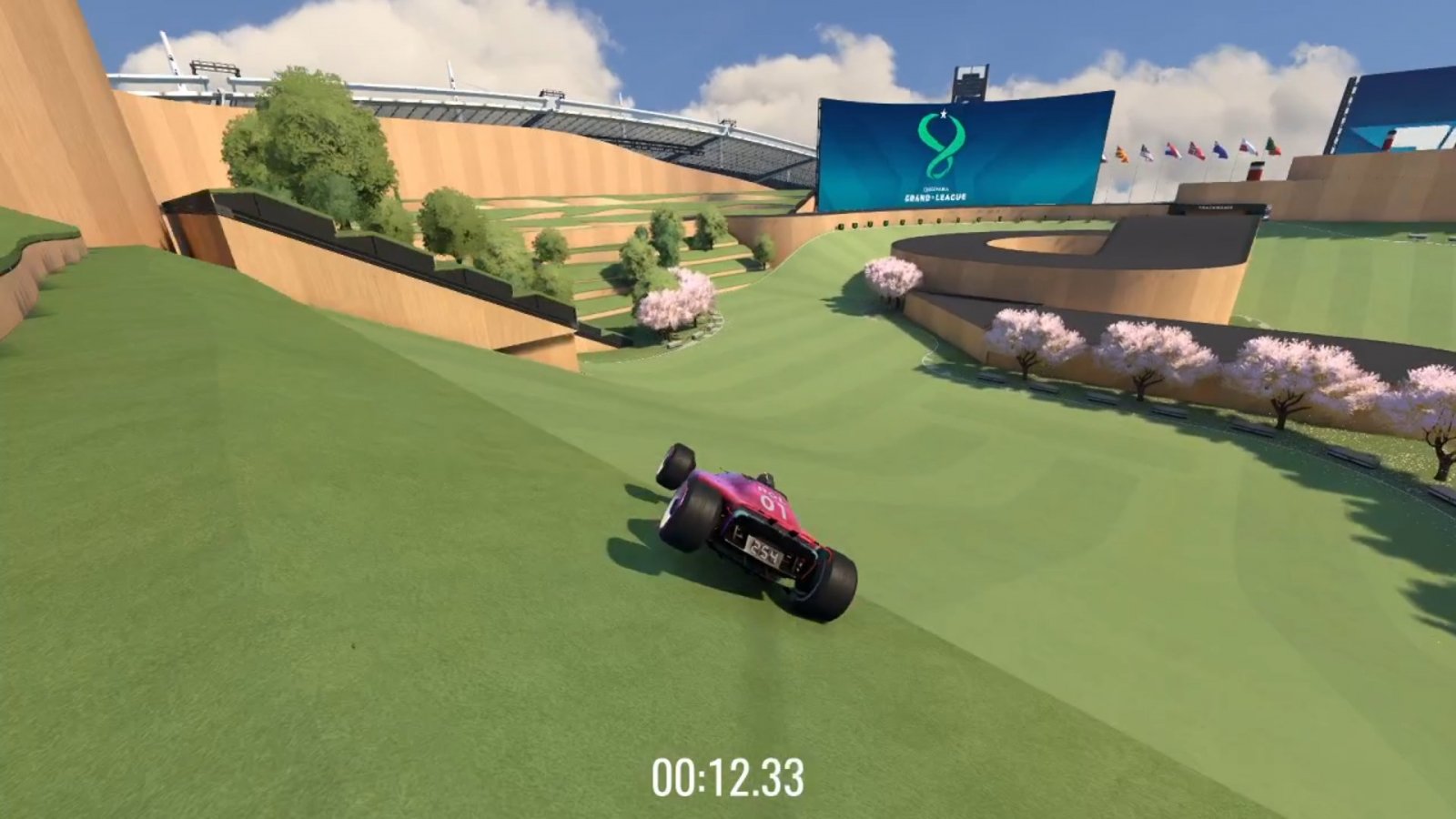 Besides the official campaigns, I also got to try out the tracks of the day. These are player created tracks that have been deemed the best of the day. It’s pretty neat to see that players get some recognition and their work can get put in the spotlight. Not only that, but some of these were really cool. They were on the level of some of the official maps, which shows that they really do give you the tools that they used to create their maps. I even played through some campaigns created by other players and their clubs. Again, the creativity and efforts of the community shows in these tracks, which is a good sign for a game like this. As stated in my preview, Trackmania is going to need the support of its playerbase if it wants to gain and sustain popularity. If what I saw already keeps up, then Trackmania might have a good run ahead of it. The official content is good, but it doesn’t take long to get through what they provide. The tracks aren’t very long, so it’s not going to take much time to complete them.

Live mode is the game’s multiplayer, which allows you to race against other players in campaign tracks or player created tracks. Unfortunately, I wasn’t able to find anyone online to race against, which was a bummer. It makes sense because the game isn’t out yet, but I know there are other people reviewing it as well that I could’ve ran into. Hopefully the online scene gets more populated when the game fully releases. I’m not knocking the game for this, I just wanted to state that I couldn’t test this aspect out yet. 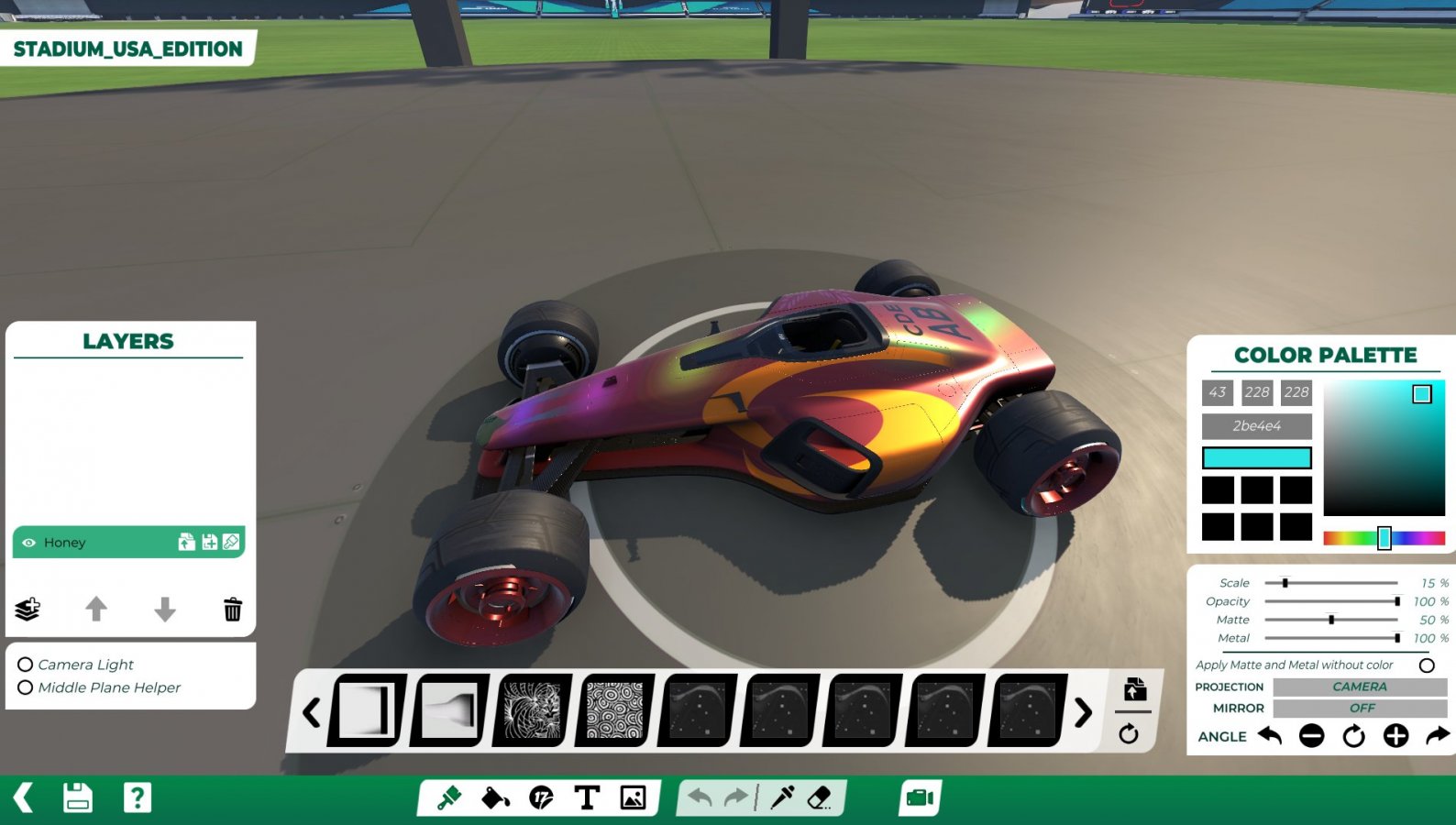 I did make sure to try out the garage and track editor since I couldn’t really mess with them in the preview build. I designed my own paint job and liked getting to put my own touch on my car. It’s colorful, just the way I like it. You can adjust the brightness and hue of the colors you use, along with adding stickers, symbols, text, and more on various spots of your car. You can also change the size of whatever you stick on your car, which would be disappointing if it wasn’t an option. As for my track, it’s pretty simplistic, but it works. I’m not the kind of person who’s skilled with creating levels, maps, and tracks in games. I’m impressed by the people who can and do, but that’s just not me. In the video above, the last thing I do is test out my own track to show you what I did. Speaking of car skins and tracks, you can also upload them for other players to use and play on, respectively. I even equipped a skin that someone made online since it caught my eye.

Since I had Club Access, I couldn’t not try out its features. I made my own club to see what it contains, but I didn’t do much with it. You can create events for your club members and organize them, along with setting up races with your crew in tracks that you’ve all made. If you’ve got a group of friends that are all interested in the game and want to share content with one another, then a club would definitely help. But remember, you have to pay for Club Access. I wouldn’t say Club Access is necessary to enjoy the game, but it would help if you plan on playing Trackmania a lot. 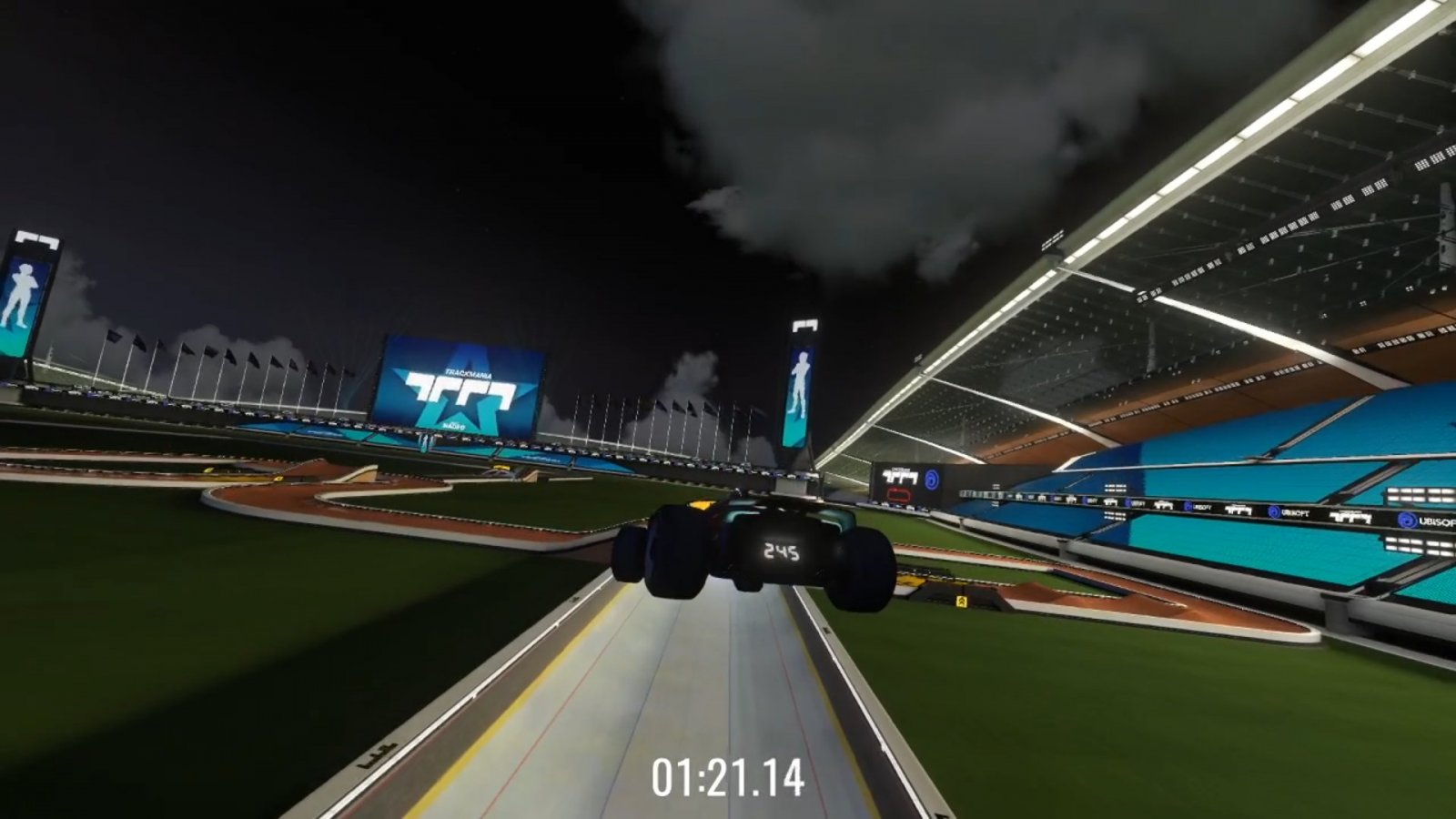 Just like in the preview, the gameplay is smooth and easy to learn. You can pick up speed very quickly, but you’ll need to learn that speed isn’t the only important thing. Controlling that speed, knowing how you should take turns, and adjusting for different terrains and obstacles are all crucial. As you discover new combinations of level designs, you’ll get more experience under your belt and be able to race better. That’s not to say it’ll be easy, but it’ll be easier than when you started. I never had any issues with loading times, framerate drops, or graphical issues, so things are looking good for Trackmania. As I’ve mentioned, the biggest high points are the smooth, fast-paced gameplay, and the potential for a plethora of awesome community maps, but the biggest downsides are how quickly you can get through official content and that the game is only enjoyable in short bursts. That being said, you should still at least try out some speedy racing in the free version of Trackmania and see how you feel about it for yourself.

Trackmania is a nice entry into the racing genre that provides a free version, along with paid versions that offer more content. The simple, fast-paced gameplay and official tracks are good, but it's best in short bursts. Official content doesn't take long to complete, so player creations are going to be important in keeping this game alive.

Codi loves to play video games and watch movies. He will watch almost any kind of movie just to experience them. His ideas take inspiration from the shows and movies he watches, and games he plays. He also loves a good pun.
Related Articles: Trackmania
Share
Tweet
Share
Submit