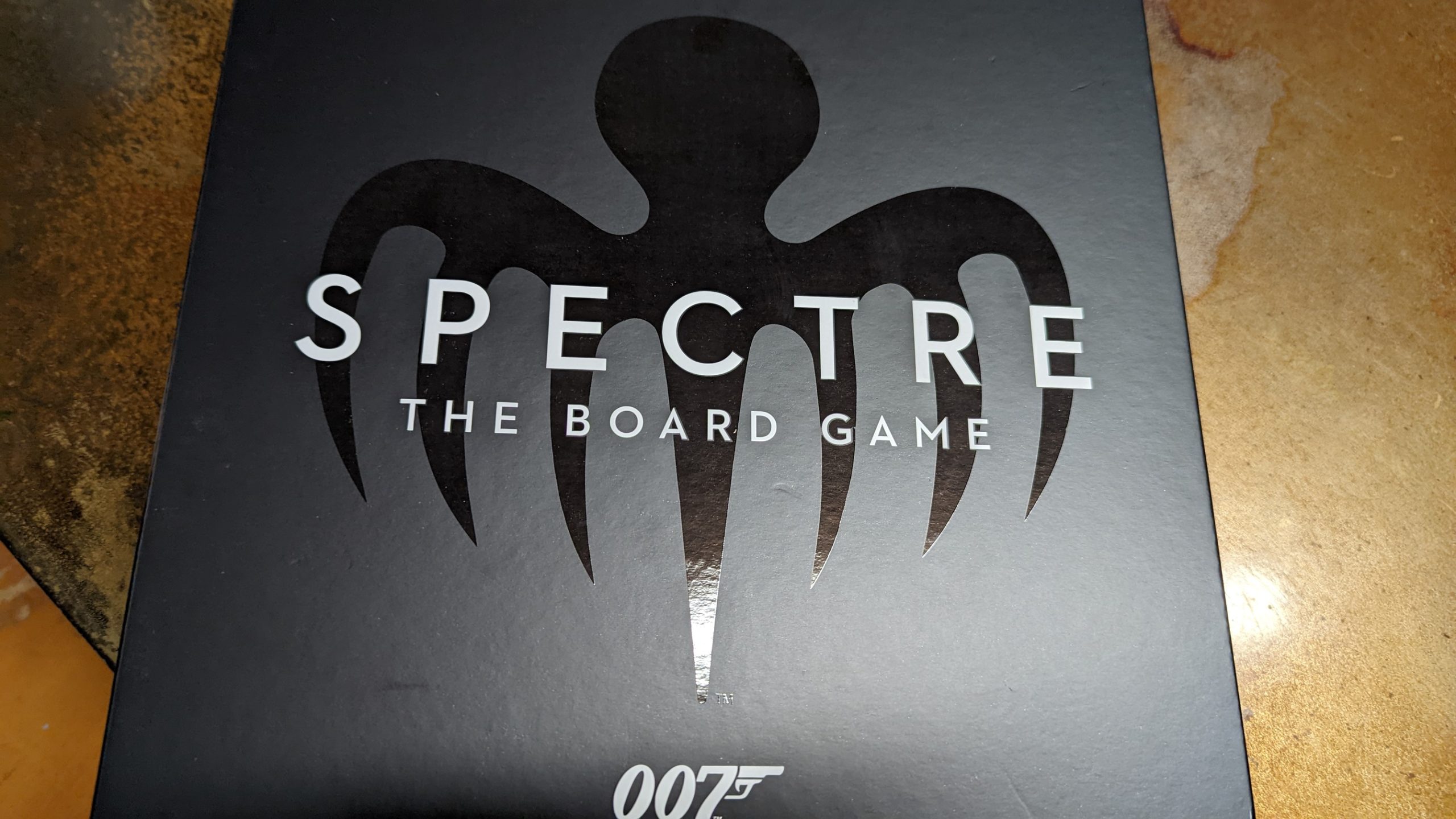 Every now and then, a game comes around that is so mechanically unique and interesting that I have to make room for it in my collection regardless of how good it actually winds up, if only to just show it off to other hobbyists. SPECTRE is such a game, with its intriguing blend of mechanics that work as a seasoning around the core protein and starch of area control and worker placement.
Each of the game’s 7 rounds starts with revealing that round’s mission card, a semi-cooperative objective mix of board state and resource bidding that will reward the player that contributed the most and punish everyone if not fulfilled. Afterwards, players take turns placing their villain and henchman pawns, either on the shared main board or on their asymmetric player boards to unlock and activate powers. The main board’s action spaces feature a bevy of rewards, including agent cubes for area majority, resources for unlocking new features on your player boards, and even advancement on the Spectre track, functionally SPECTRE’s VP. Importantly, each of the 8 spaces are tied to an area for area majority rewards that are doled out every round. 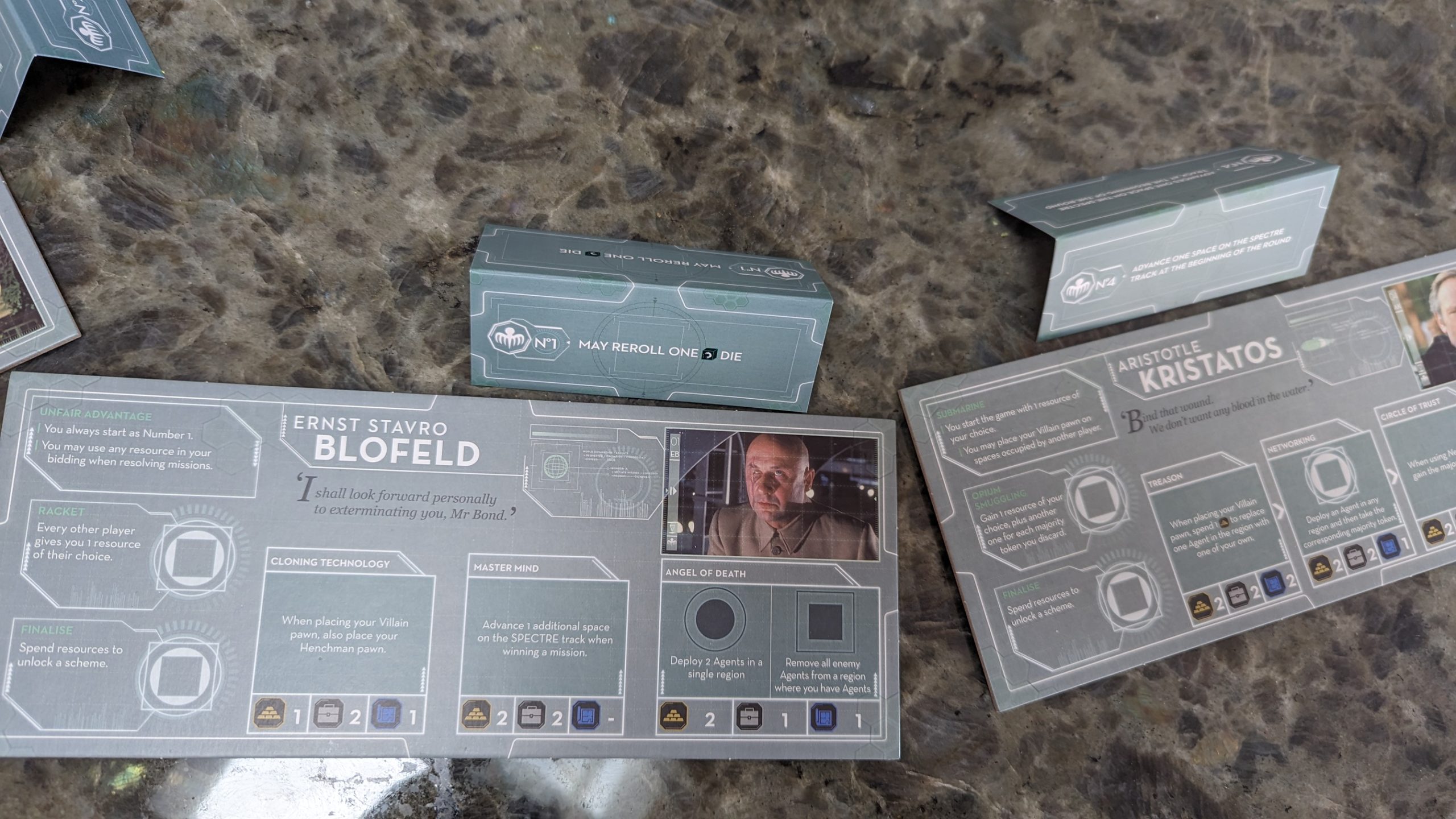 After everyone has placed their pawns and the mission has been resolved, the current leader rolls the Bond dice to decide where he shows his face, either visiting a player personally, making one of their powers more expensive to unlock, or a region of the board, wiping everyone’s agent cubes there and preventing use of the action space in the upcoming round. Finally, players are handed out numbered titles according to their placement on the Spectre track, each with increasingly powerful abilities as a player is further behind.
Well, there’s SPECTRE in a nutshell, but if the meat has interesting and unique components, the overall presentation is of a game with an identity crisis. Right off the bat, you should know this is a gamer’s game, with how much it depends upon familiarity with modern board game mechanics, but the marketing and Bond anniversary sticker suggest it’s for the more casual crowd. Unfortunately, the poor graphic design and cheap components that the latter crowd would gloss over won’t pass muster with hobbyists. The general shallowness of gameplay and advertised play time suggest that this is a light filler game, but the uniqueness that would be a boon to a deeper game make the teach so lengthy and cumbersome to prevent that.
And let’s talk about the rulebook. It’s never a good sign when there’s a megathread on the BGG forums for rules inquiries and clarifications. I’d liken it to board gaming’s necronomicon, as you need to be prepared to glean anything from it, but even then it may drive you insane. It’s smattered with helpful gameplay examples, but there are some rules that only appear there. Even with the examples, there are important rules and situations where the wording is vague enough to be open to multiple valid interpretations. Worst of all, this rulebook that fails to completely teach the game contains tips for roleplaying your game, which is fine if that’s what you’re into, but it needs to do its job first. 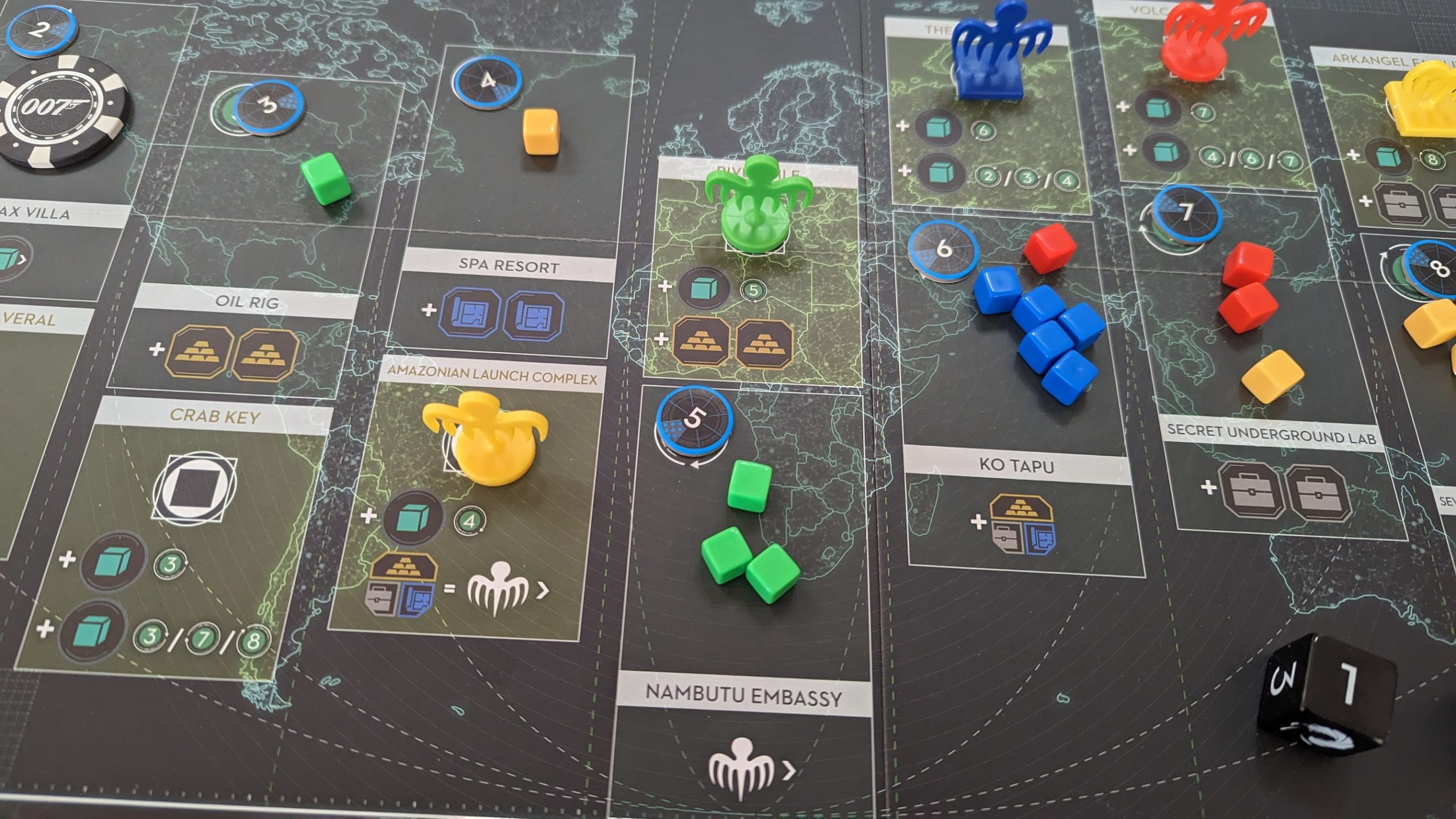 If I’m tough on SPECTRE, it’s because there’s a legitimately awesome game underneath what feels like an unfinished design with rushed production (cards have misprints that are obvious prototype holdovers like calling henchmen enforcers). I’d love to see what would come with a second edition or expansion that sands down the rough edges and widens the decision space to give the game a bit more weight to justify the amount of time and effort it takes to learn.

SPECTRE: The Board Game

SPECTRE is going into my collection, but it's going to be in the back of a closet until an expansion comes out that makes the gameplay worth the time it takes to learn.

Nick grew up reading fantasy novels and board game rules for fun, so he accepted he was a dork at an early age. When he's not busy researching the intricacies of a hobby he'll never pick up, Nick can be caught attempting to either cook an edible meal or befriend local crows.
Related Articles: SPECTRE: The Board Game, Tabletop
Share
Tweet
Share
Submit