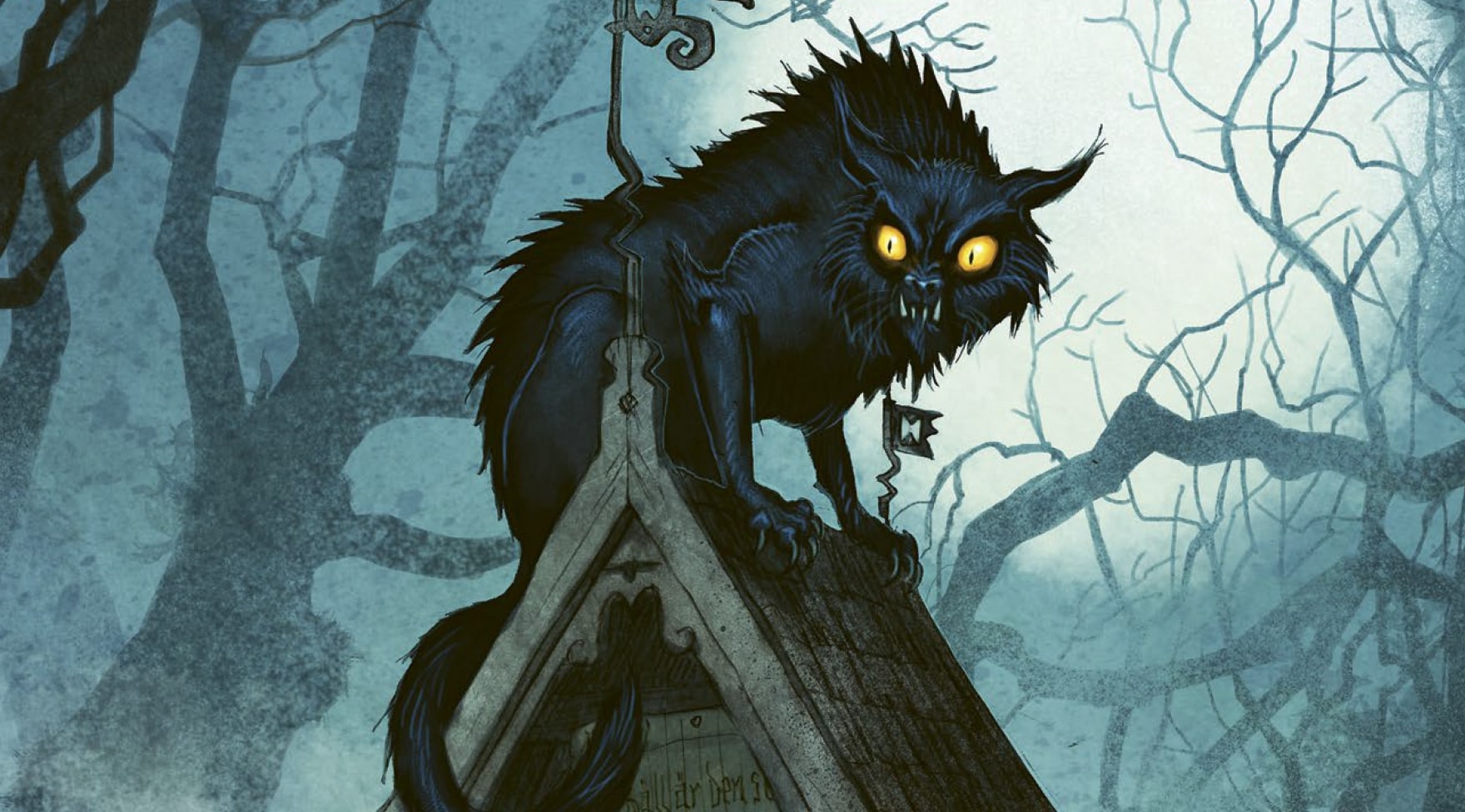 I recently found Vaesen to be a sincere yet terrifying Nordic horror game, and it has recently seen an injection of content in the forms of an adventure book and a new GM screen. A Wicked Secret and other Mysteries is a collection of four adventures, each stretching across biomes and adventure types to provide you with premade mysteries to explore.

These four adventures are not held together by any connective tissue, and the book doesn’t have anything by way of advice about how you could build them into a longer game. The core book does have a discussion of longer running games, so you won’t go completely helpless if you want to play all of them with the same group. This is not an unreasonable decision, but it does limit the module. After all, one of Vaesen’s greatest strengths is in its base building element, and it would be nice to see at least a discussion of integrating these adventures organically, with even a vague structure. The looming threat of the Society’s other faction would build well into ongoing storylines, even if their involvement in the various mysteries were only tangential.

This is, to be clear, a minor gripe. The book bills itself as four flexible one or two shots that can easily be inserted into a game or serve to start one. They all hail from various geographies and population types (to an extent), so you get to travel a wide swath of the Mythic North. Apart from those stories, there really isn’t anything here. Many of the monsters, including their stats, are included only in the core book, and there is nothing in the way of character options. A Wicked Secret is an adventure book and nothing more, though it doesn’t purport to be anything else, and still ends up worth the price of admission. 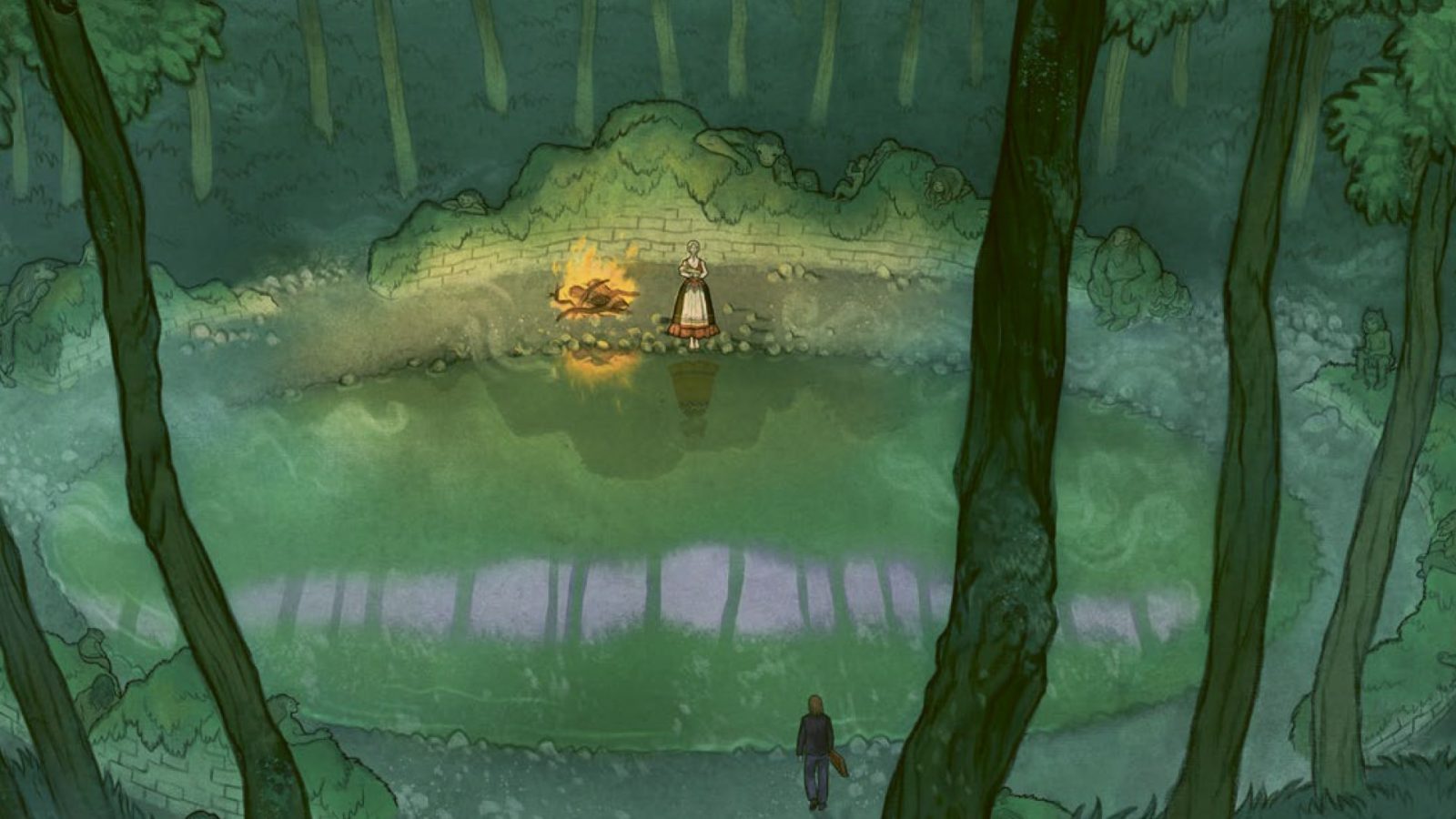 Just like the core book, A Wicked Secret is extremely high quality as a physical product. The cover has an artificial aged quality despite its weight, and the pages feel every bit like the dark fairy tales that they can tell. The book also contains nineteen handouts to give the players, which are also available on the website for free and ease of printing. These handouts vary in type and background and show some nice flourishes to add to realism. Some are letters, others are maps, but all add a great sense of realism to their material. Well, all but one, which is a huge letdown. It is a letter written hastily, in what the book specifically describes as crabbed, rough handwriting. The actual text is quite orderly and legible however, completely at odds with this description. It’s an odd oversight, and one that is all the more irksome because it spoils a potential clue: why was the writer using such jerky, uncoordinated handwriting? Were they drugged? Afraid? Injured? Not a question you will ask with the delicate text it provides. 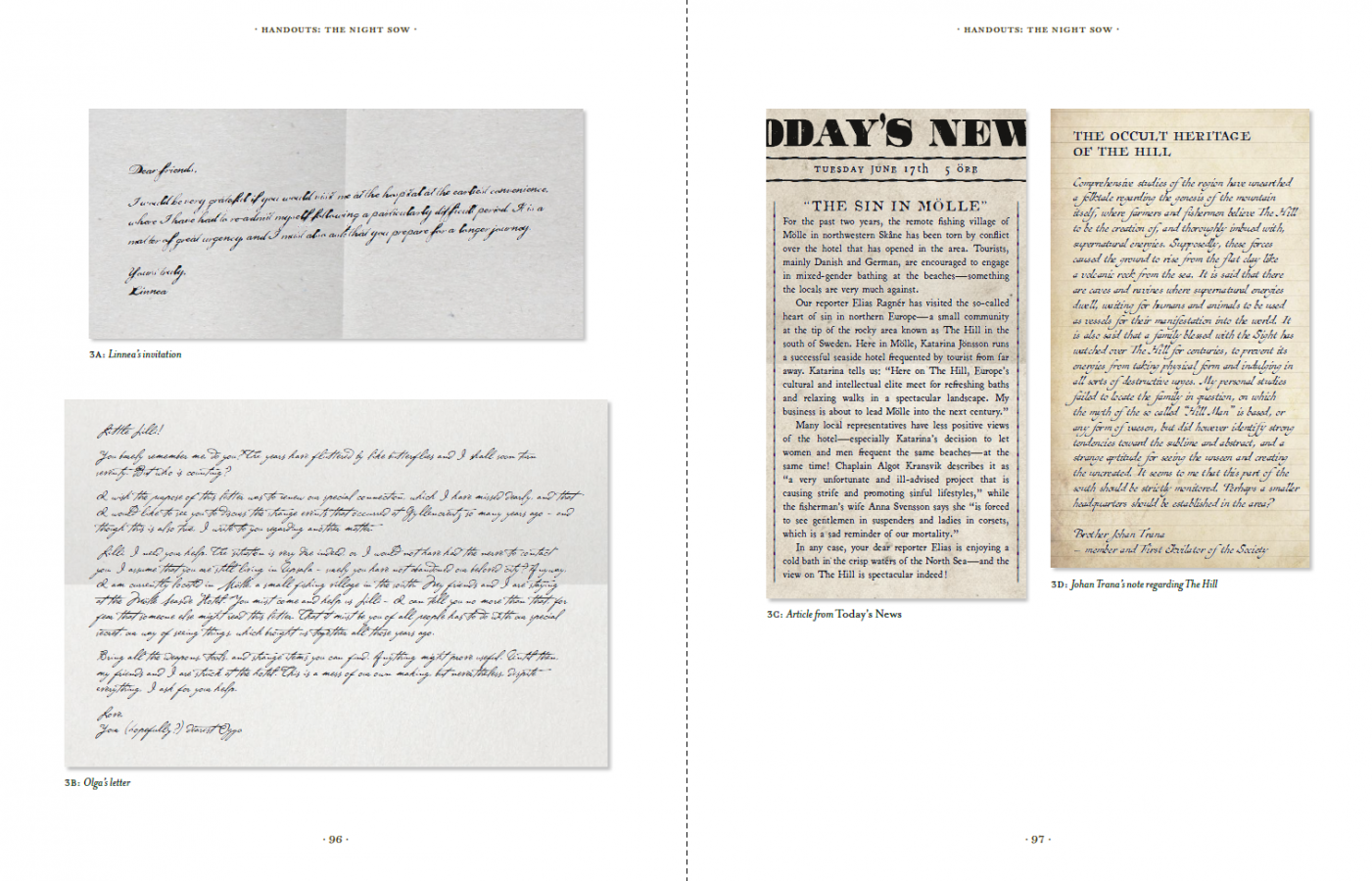 It’s the top left, in case you want your own evaluation. I admit that some of the inking is irregular, but not to the point that I think it would occur to the player as being unusual.

A Wicked Secret is more than a collection of premade mysteries. Its tales are well-rounded introductions into Vaesen’s tone and themes. The Vaesen themselves, while occasionally dangerous, are never actually the villains. Not in the traditional sense. They are beings of nature which, with all its violence and indifference, is almost never cruel. You’ll find it’s the humans you encounter, and what they do with their knowledge of the Vaesen, that paints a true tale of horror throughout this game. Emphasized just as strongly is the tension between tradition and modernity. Between the Vaesen and between one another, the people of the Mythic North are in conflict. Progress marches on, threatening to leave many behind, and the necessities of large populations sometimes exact a vicious price.

It’s in the muddled moralities left behind that these adventures shine, giving you multiple avenues of approaching and solving a problem. There are worse fates than death after all, and failure carries the weight of knowing what is left undone. But winning in Vaesen has a price as well. I won’t spoil the adventures’ endings but I will note that to complete these adventures, your players will need to be prepared to make harsh choices, and deal with some unpleasant realities. For a book with such wistful art, Vaesen has harsh stories to tell.

Silver of the Sea is my pick for the best adventure, or at least the best one to start your adventures with. It sets you as hostile entrants into a haggard seaside town, where they will have to uncover a mystery that has some frightening implications. I will be uniquely intrigued to see how player groups approach the resolution to this mystery, which will be anything but clean.

A Wicked Secret buries you in the dark forest where you will find competing factions and a tangle of ancient beliefs that may best be left undisturbed. The Night Sow takes place on a wintry, potentially Christmas night, as the snow muffles the sounds of a mystical beast that ravages the townsfolk, but with a suspicious intelligence behind its maneuvers. Song of the Falling star is a touching tale of cultural acceptance, at least when it isn’t a harrowing nightmare of vengeance and religious fervor. Each of the adventures is twenty to thirty pages and so well organized that I could run each of them after a single readthrough. There isn’t much that you will have to reference in the game, but all of the information is segmented into background, areas of interest, and likely sources of conflict. Human NPCs are statted out and Vaesen that drive a story have their own page (or reference one in the sourcebook). If you want to have some instant adventures on hand at all times, A Wicked Secret will serve you well.

I know this is a matter of preference, but I find most GM screen images too busy, cluttered with imagery that distracts from the mood of the game and gives the eye too much to interpret. Vaesen’s is not; rather it’s made up of a single threatening face, partly obscured by water that stretches out in either direction, hiding more beneath its surface. I find this thematic but not distracting, especially for Vaesen’s overall somber tones.

The interior contains three sections, two of which are incredibly useful and the third less so. Most if not all of the rules you will practically need to reference are included, with combat rules and healing, sample NPCs, a skill list, fear levels, and other crucial information right in front of you. It also has a quick summary of Vaesen’s adventure structure and experience gain rules. The last section is a summary of sample magical effects in case you need to generate vaesen on the fly or new magical effects. This is marginally less useful than the other rules, but there is so little going on mechanically in this game I don’t know what else is a necessary inclusion. To add some utility to the purchase, it also comes with a double-sided map of the mythic north, to help give you a sense of scope and a usable tool. The GM screen is already so useful that anything else is a bonus, and at a satisfactorily low price, this is a great value if you see yourself running this game more than a few times.

A Wicked Secret and Other Mysteries

A Wicked Secret and Other Mysteries provides varied stories that range around the mythic North in all its horror and grandeur. It will take some work to combine these into a longer story, but the individual tales are refreshingly well written and contain some of the best adventure presentation I've seen. The GM screen is a wonderful gift to would-be GMs, containing all the information you could need in game, plus a little more, along with all of Vaesen's somber style.

John Farrell is a legal aid attorney specializing in domestic violence, living in West Chester Pennsylvania. You can listen to him travel the weird west as Carrie A. Nation in the Joker's Wild podcast at: https://jokerswildpodcast.weebly.com/
Related Articles: A Wicked Secret and Other Mysteries, Tabletop
Share
Tweet
Share
Submit