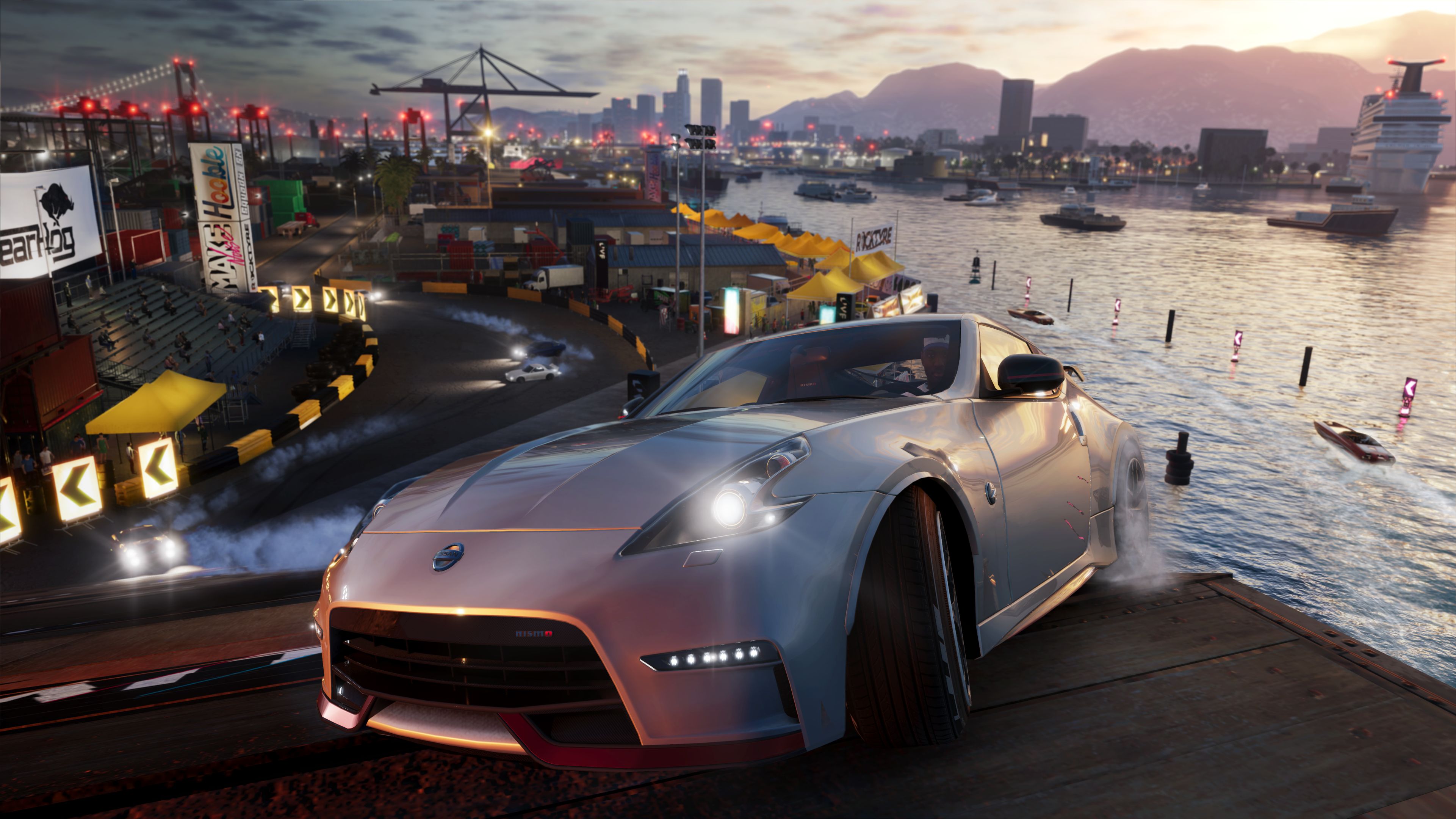 The Crew 2 was conceived with a singular, incredibly ambitious premise: Let the player and their friends loose on a near-boundless world of vehicular madness. The game’s predecessor was conceived with this same premise, but anyone who played the first game will remember that the debut entry in the franchise suffered from an odd tone, performance and gameplay issues, and a lack of variety. In all these areas, developer Ivory Tower has made vast improvements that bring a confident swagger to a series that started off with a growl, instead of a roar. While various issues still hold the game from fully realizing its potential, The Crew 2 marks a huge step forward for the franchise.

The biggest addition to The Crew 2 over the original is in the variety of experiences now available to the player. You’ll soar through the air in planes, skip across rivers and lakes in speedboats, do backflips in a monster truck, and much more. Throughout all of these different activities, the game maintains its arcade racing aesthetic, which focuses on simplicity, over-the-top scenarios, and entertainment rather than realism. While you roam around the enormous map, you can utilize the “Fast Fav” system to switch between boats, planes, and cars instantaneously, and continue to traverse the world without hitting any loading screens or dealing with any complex menus. The Crew 2 is all about giving the player ridiculous stuff to do, like driving across the entire continental United States in one sitting, and letting them go about it however they want, which can be quite the blast, especially in the company of friends.

Whereas the first The Crew game chose a more serious tone that focused on the illegal street racing underworld, The Crew 2 takes place within a reality television show where your goal is to gain popularity and prestige. The setup may be a little bit of a ripoff from other open-world racing games, but what it lacks in originality, it makes up for in execution. The new tone is far more fitting to the silly arcade racing that The Crew provides, and provides at least some level of justification for all of the crazy things the game has you do. Now, when you drive a motorcycle down the arch of the golden gate bridge, you’re doing it for the “likes” and “upvotes,” so nothing you do ever feels off-brand with a narrative going on in the background, like the first game sometimes did.

As you tackle increasingly challenging activities, you’ll work your way through an RPG-like progression system that involves unlocking various “disciplines,” which unlock new ways to play and corresponding activities (e.g. jet skis, monster trucks, etc.) Progression is dependent upon completing main events, and gathering a following on social media, which is tracked by a bar of fans/followers. As you level up in fame and unlock advanced disciplines, you’ll also unlock additional vehicles, which can be purchased with in-game currency, or via microtransactions. None of the progression is very deep, and it rarely has an impact on one’s performance, but it speaks to an ambition to draw the player in and addict them to the satisfaction of leveling up, acquiring new vehicles, and gaining access to new types of events.

When you reach certain milestones in the game, you’ll participate in massive, ridiculous “transform” races, wherein you’ll instantly be converted from a car, to a plane, to a boat, and so on and so forth until you eventually complete the race. These events are headliners in the goofiness that makes The Crew 2 enjoyable, which is why it’s so disappointing to find so few of them in the game. After the incredible high of participating in one of these awesome events, the player is expected to return to the slog of less exciting events, which highlights the game’s potential in the same breath that it disappoints the player.

While the foundation of The Crew 2 is strong, much like its predecessor, it suffers from some surprising oversights and missing features that take the wind out of the game’s sails in a major way. One example is the game’s appalling lack of any PvP multiplayer experiences. In a game where part of core vision seems to be engaging with others (it is called “The Crew” after all), it’s astonishing to discover no competitive modes of any kind to be found anywhere in the game. A smaller, but more gnawing issue is in the game’s inconsistency when it comes to destructible environments. You’ll find yourself able to plow through large metal objects, only to be stopped dead in your tracks by something as small as a low wooden fence, or a small rock in the road. Sometimes these objects even throw you way off course and cause you to lose a race at no fault of your own. One of my biggest pet peeves with racing games is also present in The Crew 2: AI rubberbanding. For those who aren’t familiar with the concept, AI rubberbanding is a behavior in racing games where AI opponents will match the player’s performance, no matter how good, and stay close behind the player at all times to give the illusion of competition. If you’re playing poorly or perfectly, this has little effect on you. But if you’re like most players, and tend to make a few mistakes over the course of a race, then it means you’ll be immediately overtaken by your AI opponents and have little chance of ever catching up. This issue was also present in the original The Crew game, and though it has clearly been improved upon, it’s still a problem that annoyed me countless times over the course of my playthrough. These and other game design choices end up pumping the brakes hard on what is otherwise an enjoyable experience.

In terms of presentation, The Crew 2 has a lot of room for improving. Visually, this game only looks good in passing, which is to say that it’s easier to appreciate when traveling at high speeds and crashing through objects. If you stop to smell the roses, you’ll see that, well, there aren’t any. Stationary observation reveals plain looking areas with lots of repeat assets, especially when in cities, which look completely bare and lifeless. With such a large, ambitious map this hardly comes as a surprise, but it seems that quality has been sacrificed for quantity’s sake, and it makes a lot of areas hard to look at. Even worse are the game’s cutscenes, which showcase some of the ugliest visuals in the game. Character models are lifeless and don’t appear to even attempt to make use of lip sync. It doesn’t help that the dialogue and voice acting is often subpar, which creates an overall presentation that will make you cringe.

The Crew 2 is an ambitious undertaking that puts over-the-top arcade racing front and center. Though it makes large strides in the right direction over its predecessor, it suffers from odd game design choices, a lack of PvP, and a lackluster presentation that puts it squarely in the rearview mirror of its competition.

You know that jerk online that relentlessly trash talks you after every kill? That guy was probably Travis "Tie Guy" Northup. Competitive, snarky, and constantly wearing a tie, Travis has been writing his opinions about electronic media since he was a teenager, and is pretty much the only person to hold his opinions in high regard.
Related Articles: The Crew 2
Share
Tweet
Share
Submit