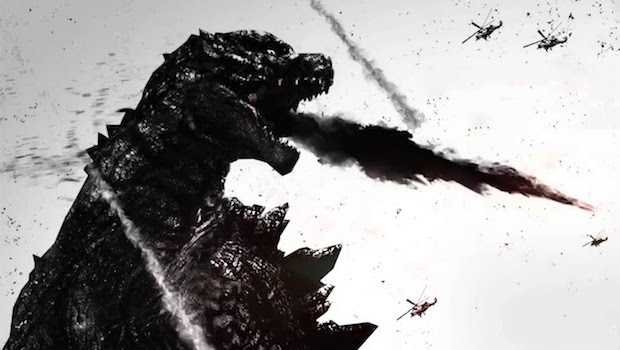 Since most of my family hails from Wisconsin, I was born and raised into the cult following surrounding Mystery Science Theater 3000. A program about laughing at the corny goofiness of D-list movies, it instilled me with a certain reverence for cheesy monster romps, chief among them the Godzilla franchise. The idea of a game that can capture the hilarious, endearing fun of watching what is obviously two actors in fake monster suits throw fake punches at each other was something I couldn’t pass on.

Godzilla, however, retains too much of what it captures and doesn’t quite apply common sense in its design. It’s an old game, stuck in old ways, and while it does effectively capitalize on fan nostalgia, it felt like I was fighting the game to pull that joy out of it.

Yes, Jet Jaguar is in this game, and it’s as fantastic as you’d expect.

After a tutorial that manages to teach you every basic control and still be opaque about their execution, you’re presented with two modes: God of Destruction, and King of Kaiju. The crux of the single-player experience is found in these, with the former being a stage-based arcade experience with branching paths and the latter a simple series of fights against monsters, similar to boss rushes or fighting game towers.

God of Destruction has a rough story structure where you, as Godzilla, annihilate city after city in search of generators. Each map is slightly varied, but all have the same objective: find generator, destroy generator. As you rampage through cities, destroy objectives and defeat any Kaiju in your way, you’ll grow in size – eventually towering above any monster or building in your way.

While there’s some branching paths and story to navigate, the gameplay loop is the same, and it becomes depressingly repetitive. Generators always have the same loop of being docile buildings that occasionally throw up a telegraphed shield that bounces you back, forcing you to trod back towards the generator and resume your tepid assault. There are locked endings as well, which only open once you’ve collected enough data on Godzilla (walking to an area and hitting a button), so you’re expected to play through the opening stages at least a few times before you get to the final stages.

King of Kaiju is a simpler mode, where you can choose to play as any unlocked monster and battle through six consecutive fights against different Kaiju, getting ranked on your time to completion. It thankfully removes the repetitive generator smashing of God of Destruction, but manages to highlight the basic issues present in Godzilla – the controlling of the Kaiju in combat is clunky, slow and unresponsive.

Different modes let you fight against a great roster of kaiju.

The first thing you’ll have to come to grips with in Godzilla is that it resurrects tank controls by mapping turning to the left and right shoulder buttons. There’s also no block button whatsoever, instead an invincible roar that not only knocks your opponents out of range for any follow-up attacks, but also runs on the same meter as your projectile attacks.

Top this off with many moves being mapped to the same buttons, such as heavy attack and grapple, and you’ll often be fighting with the game itself to get anything done. Kaiju also move at the speed of molasses, and attack animations vary between long and easily interruptible, or long and completely unstoppable. It’s easy to storm through fights as Battra or King Ghidora, but the titular Kaiju gets knocked to the ground by a sneeze from a Mothra larvae. Combos are also woefully simple; your only option is either your light attack – heavy attack combination, or trying to stay out of reach and wait for your ten-second breath gauge to refill for another long-range attack.

The latter tactic is usually your only option against enemies that significantly overpower you as well, which often happens in the Hard difficulty missions in God of Destruction mode. You’ll encounter a 100-meter class MechaGodzilla V2 backed by several Super-X variants, as a puny 50-meter Godzilla, and be forced to slowly backpedal and shoot atomic breath blasts until the health bar finally hits zero. That’s only if your blasts hit, too – there is no lock-on reticle or even aiming of your breath. The game determines what it thinks you want to target and lets loose, leading to the King of Monsters missing targets directly in front of him for a small suburban abode off to the side instead.

Some stages turn into a giant mess of smog and flame.

Those abodes, by the way, often deserve a smashing that sends them right back to previous console generations where they belong. While individual Kaiju look good, many of the houses, buildings and even major structures that populate the world border on PS2 graphics at times. The only benefit the game seems to receive on the PS4 is a steady framerate, but that often gets shaky in smoke and fire.

Fiery chaos is when Godzilla occasionally stands tall – I had a moment where I was trashing refineries and the aforementioned MechaGodzilla appeared on the scene to reprimand me. It came ashore through the smog and flames of the buildings I had just laid to waste, and it was a moment of pure monster-movie brilliance, his metal silhouette gradually fading into intimidating silver, reflecting the orange glow of the flames. Moments like that are rare, though, and for the most part you’ll be left among low-res chunks of house falling apart.

It’s sad that all those areas are so vitally flawed, because as a Godzilla fan, this title nails a lot of the cheesy nostalgia I was looking for. Voiceovers before each mission are wonderfully goofy: a spunky G-Force Commander is paired with a rotating stable of Prime Ministers, who change based on the difficulty of the mission you’re facing. The tougher Prime Ministers would often despair about the difficulty of managing a country and combating a giant lizard, and the quick bouts of unwarranted, unrelated exposition they provide are fantastic.

I found myself gravitating towards the easy-mode Prime Minister, who wanted to befriend Godzilla; his transition from optimistic pacifist into a depressed and broken leader was a highlight of the short story scenes, as his post-rampage lamentations started to sound like a spurned lover. “If only we could have reached him, found a way to communicate…”

The change in difficulties is noted by the Prime Minister’s outlook on the whole giant monster situation.

The Kaiju are also faithfully represented, have amazing intro cinematics not unlike a WWE title, and the roster is diverse and interesting. Fan favorites like Rodan, Mothra and Jet Jaguar are all here, as well as some less-recognizable homewreckers like Hedorah and Gigan. The animations and attacks are all very unique to their own style, and none of them felt like carbon copies or clones. There’s even a comprehensive Kaiju guide, filled with little notes and facts about each, and a diorama mode that lets you snap shots of your favorite Kaiju mid-combat, much like animators would have done in the early Godzilla films.

Despite that nostalgia trip, though, Godzilla always made me fight to enjoy it despite itself. The moments where I was genuinely engaged with the rampant destruction were constantly punctuated by more generators and genuine frustration with clunky, unresponsive controls. Most times, it felt like I was compelling Godzilla through sheer force of will, steering him with a loose set of reins rather than actually stepping into the shoes of the big lizard himself. I wanted to delve deeper, to unlock every Kaiju and complete every level with every data point, but no reward could match the asking price this game offers.

There may be a subset of fans who find entertainment in this title, but that is most likely due to the unrequited love those fans have with the franchise. Those looking for an entertaining romp of titans fighting and destroying cities are still left wanting this generation, as Godzilla just can’t stay afloat on nostalgia alone.

Godzilla faithful will be once again disappointed by this lackluster offering. Unintuitive controls, poor responsiveness, broken combat, repetitive missions… Not even Jet Jaguar can save this game from itself.