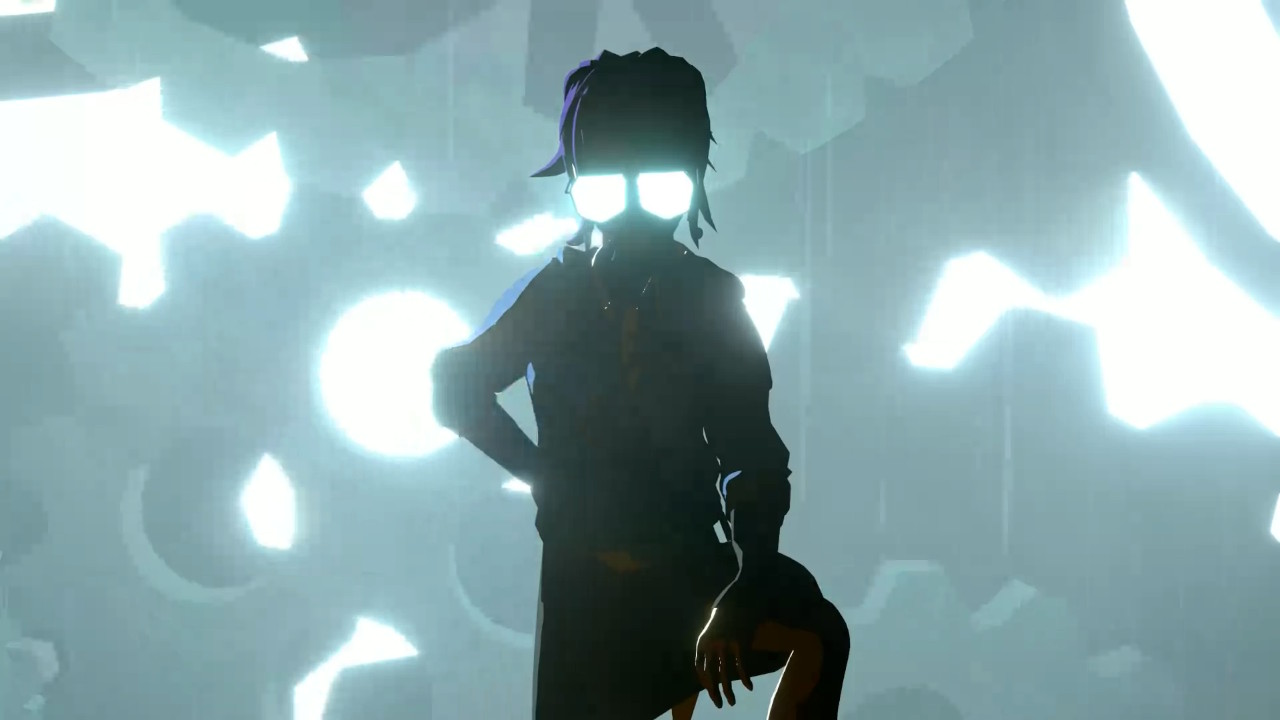 Released last year, Necrobarista is a surprisingly touching game ruminating on death, letting go, grief, and coffee. Senior Editor Kay Purcell loved the original PC release and I wholeheartedly agree with her opinion. It’s a witty and stylish game that has a lot to say. The game made its way to Switch recently with a director’s cut of sorts, titled The Final Pour, as a timed exclusive with a free update coming to the PC release later on. It includes both DLC short stories, Walking to the Sky and Devil’s Den, as well as a few new modes and approximately four hours of new content. While I never played the original release, let’s pour ourselves a cup of the Switch version and see how it tastes.

The first thing I noticed in this new version when comparing with screenshots of the original is the new aspect ratio – the visual novel has been reworked with filmic black bars on the top and bottom of the screen at all times. I imagine this was done to squeeze out a bit more power out of the Switch, as while the game looks incredible with anime inspired visuals it runs absolutely horrendously, perhaps the worst I’ve seen on the console. While it can surprisingly reach 60 fps, that only lasted for about a second total in two different instances; the rest of the game feels like it’s in the low teens or even single digits. I’m no expert on frame counting by any means though, so take that with a grain of salt. Thankfully, performance doesn’t matter much since this is a purely passive experience, sure you can walk around the Terminal between chapters, but that’s just to experience the Memories that serve as short fiction to build the world of the cafe.

The stories here are absolutely excellent, but they do have quite a few typos like incorrect punctuation and missing or misspelled words. In most games you may come across one or two, but Necrobarista has several in just about every scene or memory. It’s a lot. Who knows why this wasn’t fixed for this rerelease, but I suspect it may have something to do with the controversy over Route 59 failing to pay many of their employees and freelancers as well as a poor workplace culture. For a game that is partially about being kind to yourself and others in our short time in this world, this is absolutely deplorable and I could not in good conscience review this game without at least mentioning it.

While they may have not taken the time to fix the typos, there are two new modes added, both accessed while exploring the Terminal. Doodle mode allows you to draw faces on the robot Ashlings, which will appear between certain scenes for discussions. The other mode allows you to use developer tools to create scenes of your own using the characters, locations, and props. At least it would if I could figure out how to use it – I spent a few minutes in Studio Mode but accomplished nothing other than duplicating the background several times. The interface here was clearly designed around a mouse and keyboard, so Switch users will get little use out of it. 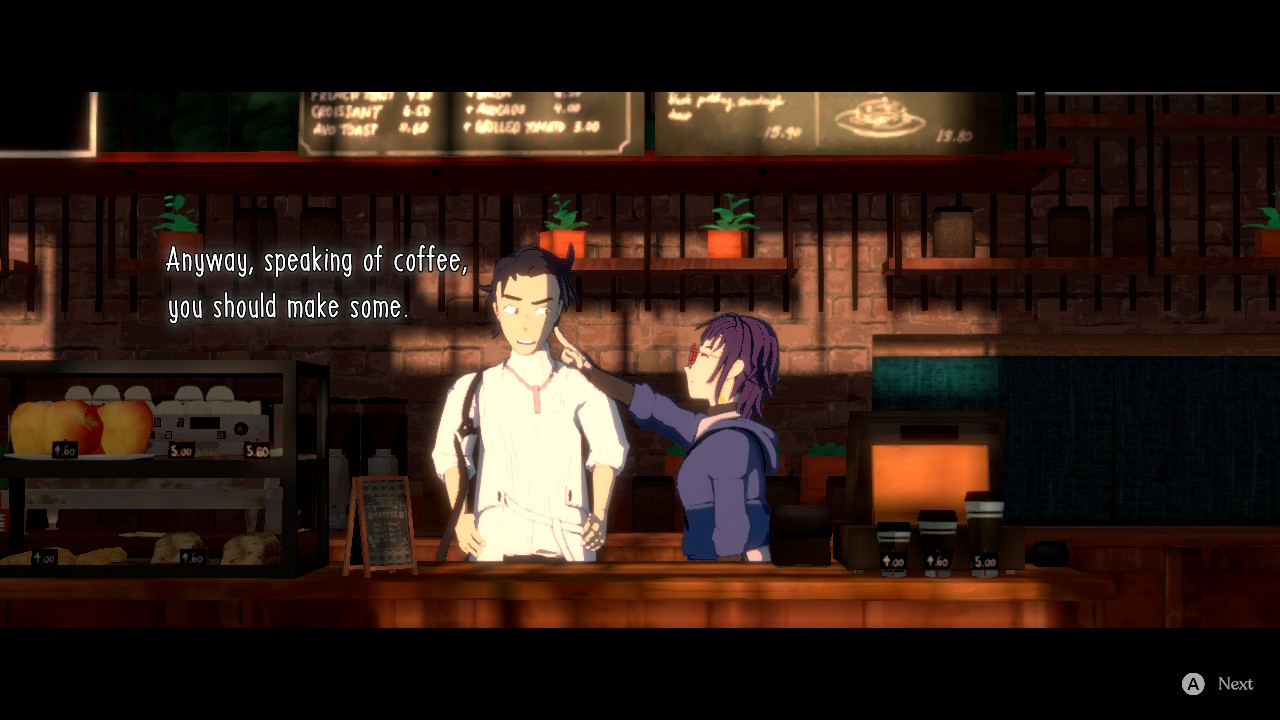 It seems like there’s actually been some content removed for The Final Pour in the form of post chapter “quizzes” of sorts. You no longer need fragments to unlock Memories, and can instead engage with them or not from the get go. It doesn’t sound like a particularly interesting aspect of the game, so it will not be missed. If you do read those memories, they have one small problem in addition to the big problem of typos, oddly in the form of occasionally unresponsive button presses. For a game that’s basically a series of cutscenes you advance by pressing A, you’d think the act of advancing text would be so simple as to fade into the background, but in actuality I found myself occasionally having to press the button several times before the scene would progress. This leads into another issue where it’s difficult to tell if a Memory is over or simply not reading your inputs, since the former problem pops up so frequently and they’re not automatically exited once they’re over.

Necrobarista is still a great story, but has a lot of issues a rerelease should have fixed by now. Everything from typos to not paying workers, this isn’t the ideal version of the game by any means when you add the terrible performance on top. It’s nice to cozy up with this game in bed with headphones, but it may still be better to wait for the PC update if you have a beefy desktop.

David is the kind of person to wear his heart on his sleeve. He can find positives in anything, like this is a person who loved Star Fox Zero to death. You’ll see him playing all kinds of games: AAAs, Indies, game jam games, games of all genres, and writing about them! Here. On this website. When not writing or playing games, you can find David making music, games, or enjoying a good book. David’s favorite games include NieR: Automata, Mother 3, and Gravity Rush.
Related Articles: Indies, Necrobarista
Share
Tweet
Share
Submit