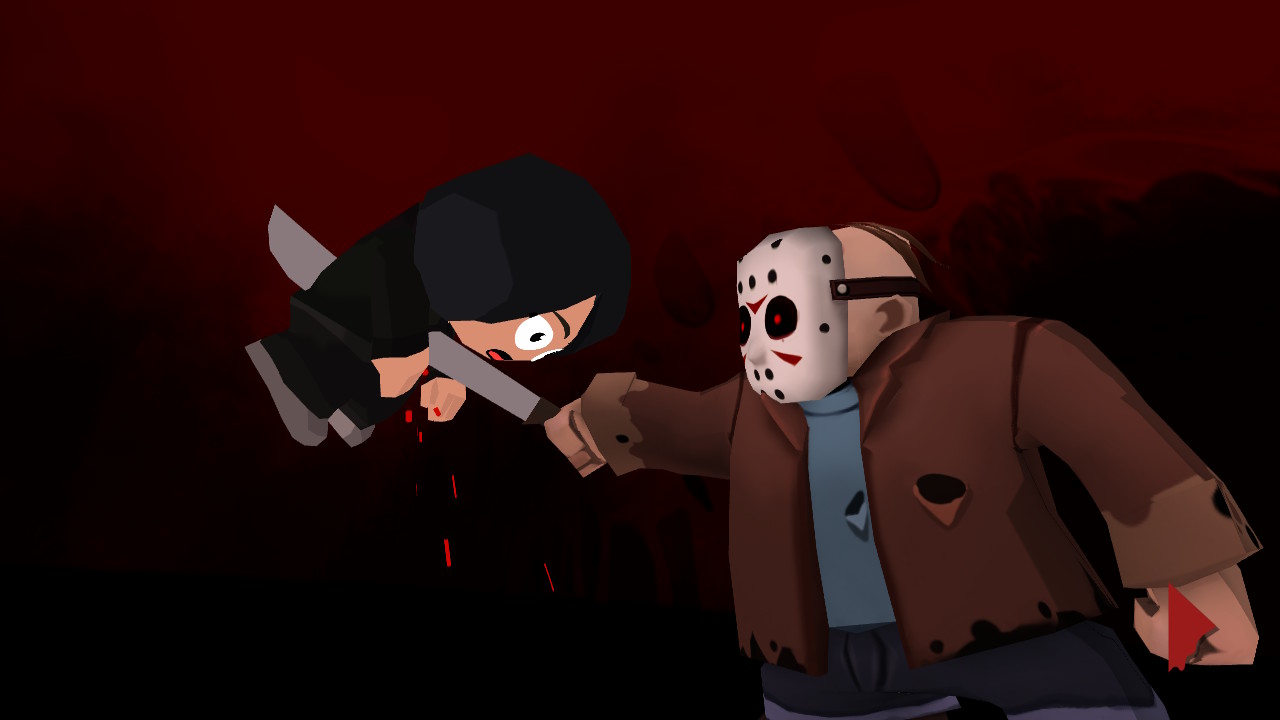 The horror genre has grown over the years, covering a variety of mediums, including television, movies, video games, books, and more. Sometimes this genre is given a bit of a twist in order to branch out or even just to have fun with it. One such example is Friday the 13th: Killer Puzzle, where Jason is trying to kill people, but it can only be accomplished through solving puzzles.

The gameplay boils down to players controlling Jason as he tries to reach unsuspecting victims in order to murder them. The catch is that he can only move by sliding along the floor, and he continues in a given direction until he hits an obstacle. For anyone that’s played Pokemon games and dealt with those ice puzzles in the gym rooms, that’s how this works. If you like that sort of thing, then you’ll have fun with this game. If you don’t, then you may want to steer clear.

The controls are simple: You can move up, down, left, and right. When you run into a victim, Jason will immediately kill them, leaving a pile of bones. After killing everybody in the level, the “final girl” or “final boy” will appear. Your next goal is to get to them and wipe them out in order to complete the level. Sometimes you can only reach them by following a certain path or moving around the level in a specific way, so make sure you pay attention to the layout. The same thing goes for some of the victims throughout the levels. There will also be obstacles to avoid such as guards, fire, land mines, and more. If you make a mistake, you can undo moves by pressing Y or even restart the level by pressing X. This was very helpful in a few situations.

When you reach the final teenager, a special kill scene is activated. A meter at the bottom of the screen appears, with a red section showing up in a random part of the meter. A skull with an arrow slides back and forth between each end of the meter, and it’s your goal to hit A and stop the arrow within the red section. If the arrow lands in the red section, Jason performs one of many randomized kills on the final victim. If you miss the red section, the level just ends; you still complete it, but you miss out on that kill.

One of the most interesting things is the number of weapons available. Besides the bare hands and machete that you start with, you’ll be able to unlock crates of weapons as you level up. In order to level up, you need to get kills and build up your bloodlust, which fills up a skull. Every time the skull fills up, you level up, and the crate appears. Once the crate is broken, you’ll get four random weapons, which can include a battle axe, a canoe paddle, a sickle, a shish-kebab, a shovel, and much more. Besides the different visuals, the way Jason kills his victims also changes based on the weapons. I appreciate the fact that they took this into account and gave more of a reason to try out different weapons. You can throw them into the air and bat them away with a club or toss a fireplace poker into their eye. I try out every weapon that I unlock and I’ve been happy every time. Another cool unlockable is the Jason costumes. After accumulating certain amounts of kills throughout the levels, different versions of Jason are unlocked. These include Supermax Jason, Frozen Jason, and more.

The game has three different modes: Campaign, Daily Death, and Murder Marathon. The campaign features 12 episodes with over 150 levels to play. Daily Death is a special challenge level to complete each day in order to earn some extra bloodlust. Murder Marathon is a test to see how many kills you can get in a row without failing. All three modes are entertaining, with the latter two being interesting challenges. For the most part, the game isn’t that tough, but some levels do take a little thinking. It feels like the difficulty is in a good middle-ground between easy and hard. I didn’t want to put it down after playing it for the first time, but unfortunately I had to go to bed. The levels don’t take long to beat either if you’re able to figure out the solutions quickly. Even so, the game will take at least a few hours to beat. That being said, Friday the 13th: Killer Puzzle is a fun little puzzle game that melds wonderfully with the Friday the 13th franchise. Jason and the other characters all look adorable, even though you know Jason is a monster. Gamers that enjoy puzzle games will have a good time with this game, and if you love Friday the 13th, then that experience will be even better.

Friday the 13th: Killer puzzle is a great combination of the Friday the 13th franchise and the puzzle game genre. The game has a good premise and entertaining gameplay, which may leave you not wanting to put it down. The variety of weapons and costumes make things more charming, and kept things fresh. The game should take at least a couple hours to beat as well.

Codi loves to play video games and watch movies. He will watch almost any kind of movie just to experience them. His ideas take inspiration from the shows and movies he watches, and games he plays. He also loves a good pun.
Related Articles: Friday the 13th: Killer Puzzle
Share
Tweet
Share
Submit