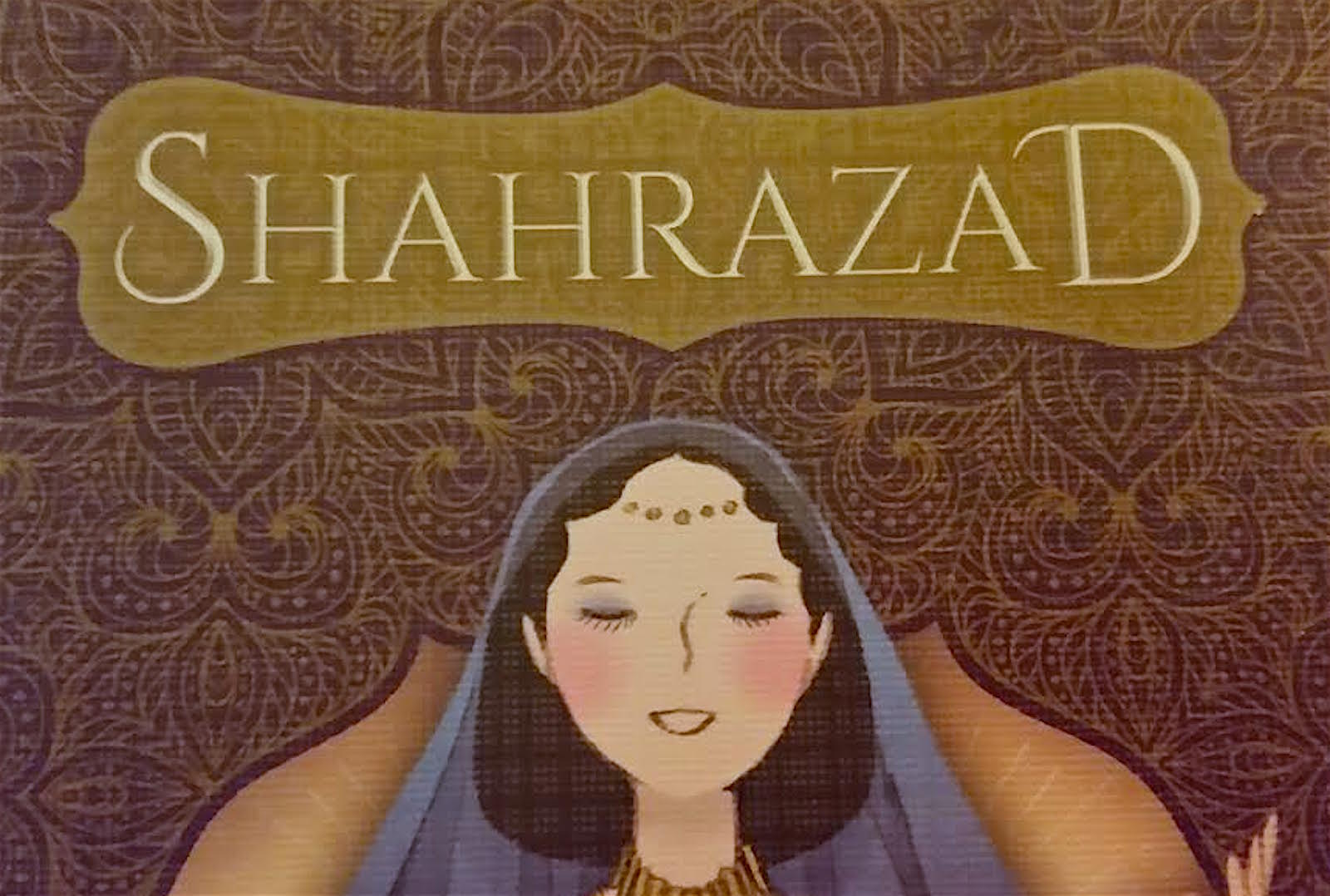 I may be dating myself a bit here, but in college, the hours I spent pining away on term papers was significantly lengthened by the time I spent pining away on Solitaire. There was something calming in its simplicity in its goal of completing stacks of suited cards. The computer brought solitaire from my grandmother’s kitchen table into the digital age, and now Osprey Games returns the classic to its roots.

Ok, so it’s not exactly solitaire as you know it. Shahrazad uses tiles not cards. You aren’t creating stacks to help you create other stacks. It actually may be completely different from that definitive solo exercise, and yet there’s something familiar nonetheless.

Shahrazad begins with a very inconsequential theme. You are telling stories to an eccentric king, and your ability to weave together an imaginative tale determines how pleased he is with your efforts. The theme itself has little to do with your tile laying prowess, but it does provide the backdrop for the game’s amazing artwork. Each tile is adorned with an image that reflects a timeless story, such as the Beauty and the Beast or The Little Prince.

A color and a number surround these fairytale illustrations and both are important to your success in the game. The numbers range from zero to twenty-one, and there are four different colored tile backgrounds: black, yellow, blue and red. The tiles are shuffled and one is placed in the center of the table. You are dealt three and play begins.

Your goal is to create a sweeping mural of tiles in ascending numerical order from left to right. Tiles can be placed either directly on top or below another tile or may be placed to where they border the upper and lower left or right of a tile, giving six options for an opening move.

You have six possible options to place a tile around another.

There are limits to your placement. No more than three tiles may be in any one column. There is no limit to how long your mural can be, but the longer it is the less likely you will score well.

When placing a tile, you must be aware first of its number. Any tile placed to the left of an existing one should be lower in value, while any tile placed to the right should be higher in value. Notice I said should and not must. You can always place tiles out of position; it will just cost you dearly in the scoring phase. However, the penalty only applies to tiles that touch. In the example below, notice the nine in the middle column. It is to the left of an eight in the far right column, but the nine tile is not penalized as it doesn’t directly touch the eight. It is only the tiles that touch that must continuously flow in a general low to high order. Tiles placed in the same column as an existing tile (either above or below) can be either higher or lower in value with no penalty.

All the tiles in this example could be scored as each tile that directly touches creates a continuous line of ascending numbers.

To complicate what seems like a simple numbers game is a mixture of luck and strategy. You only score points by connecting like-colored tiles to make runs, and colored tiles are not sequentially numbered. The tiles do have the numbers along the bottom for all other tiles of the same color, which is useful for planning purposes. For example, the lowest valued black tile is the nine, which means you wouldn’t want black tiles on the far left of your array.

Secondly, just as with Solitaire, much of your success comes from your tile draw. Your game can be wrecked with a poor draw from the onset. Shahrazad does provide the opportunity to move tiles around at a cost. Should you need to remove a tile you may pick one up and replace it with another. Since you always draw a new tile at the end of your turn, you’ll be forced to play two tiles on the subsequent turn to return your hand size to three.

Also as with Solitaire, it’s just as easy to realize your cause is hopeless and start again. It may not be quite as easy as hitting a reset button on a computer but only requires that you collect the tiles, shuffle, and start again.

But where Shahrazad really shines in its similarities to Solitaire is its addictive puzzle-like nature. You are presented with a problem you must solve with the tools you’ve been given. With each play, your goal remains the same but the means change.

False moves or poor luck can be unforgiving in this game. Shahrazad is played over two rounds. Once you have laid all your tiles, you’ll score for round one. First, you’ll tally your negative points. Each tile that shares a border with a lower valued tile on its right must be flipped over. After that, if you do not have a path from the first column in the array to the last, you’ve lost completely. If you have a path, you then count your points, one for each consecutively colored tile.

Deduct your losses from your gains, and you’ll have your tally going into the next round. Your success from this point lies on how well you just played. Any tile that had been flipped over is removed from the game. You pick one column to remain, and the rest are shuffled for the new draw pile. Play till all your tiles are laid again and repeat the scoring phase from the first round. The combined total gives you score for the game.

Sadly, the game’s victory goal boils down to a beat your own score, but I am okay with that in this case since it’s the puzzle solving aspect that draws you in. Granted, you would have to be most fortuitous, or simply a cheater, to reach the highest level storytelling, but the game is a joy regardless.

Noting that Shahrazad can be played cooperatively with two so late in the review is as bad an omen for this style of play as you would guess. Shahrazad is a good solitaire game, but it loses much of its charm with a partner. The rules forbid you from discussing anything until you have chosen which tile to lay on your own. From there you can discuss it, but the game much more challenging when it’s simply you versus the tiles.

So why not just buy a three dollar deck of cards for Solitaire instead of a $20 game of Shahrazad? Because while Shahrazad has that simple addictiveness that it shares with Solitaire, it combines it with beautiful artwork, interesting decisions, and speed of play that makes it a more rewarding experience. Just don’t tell my grandmother; she’s still partial to her Solitaire.

Shahrazad provides you with that feeling that you need to play it one more time after you've done, and chances are you'll need to as the game can be challenging to put together a solid score. It doesn't hurt that the game plays quickly, is very aesthetic, and delivers a good mental exercise. It doesn't have the same charm as a co-op game, but its solitaire play makes it worth its $20 price tag.