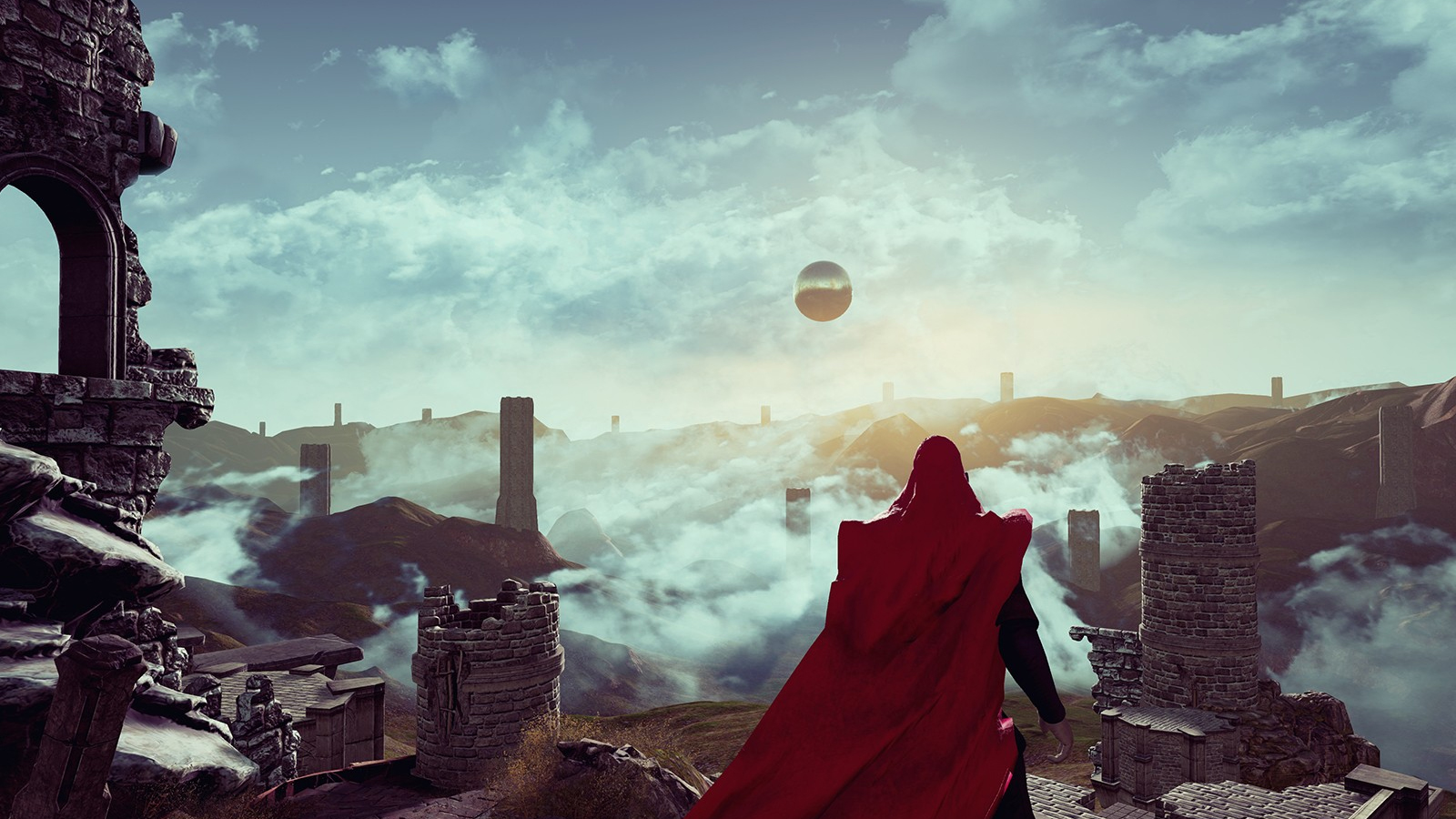 Sometimes we get a look at a game in Early Access where the developers simply iterate on their concept until a more polished version of what you previously played becomes final. Other times, the final game turns out quite a bit different than the initial pitch. We looked at The Wizards from Carbon Studios (the team behind Alice VR) back in July of 2017, and came away impressed with the spell-slinging wave-based VR title. Three quarters of a year has passed — could this be the magical power fantasy we’ve always wanted?

Divided into two modes, a campaign, and an Arena mode, The Wizards opens as the voice of your disembodied teacher Aurelius tells you that the world is essentially lost, but through time travel and your magic, you can reverse this outcome. It’s a basic story, but serves as a good base from which to build.

In the beginning, your magic is limited, and you are only able to cast a handful of spells. Pulling the trigger to close your fist, creating arcs of power which begin to surround your hand. Flipping your hand over causes your palm to fill with fire, turning it into a throwable fireball. Closing both fists and criss-crossing them brings a Frost Bow into existence, firing a handful of arrows made of ice pulled from a back quiver. Coupled with the fireball is a magical Arcane Shield capable of deflecting enemy attacks and projectiles. As you complete missions, your power will grow, granting a two-handed lightning spell, and a large fire orb that is thrown like an overhand beach ball, exploding on contact. There is also an arcane shard spell that is cast by, and I can’t stress this enough, essentially doing your best Marvel’s Dr. Strange impression, making opposing half circles with your hands. Lobbing fireballs, shooting lightning from your fingertips, and unleashing magical shards against an ever-advancing horde never stops being awesome.

There are three lands to explore in The Wizards — the sleepy hamlet of Pinewood and surrounding area, some underground caverns, and then a final showdown amidst some desert ruins. Within these individual locations are several levels, each filled with hidden gems and collectibles, with all three punctuated by a large boss battle. All in, there’s about six hours of gameplay for a first run, but tracking down the hidden chests and gem pieces, which are necessary if you want to add new effects like explosiveness or freezing to your spells, pad it out a little further.

Hidden in every level is a mechanism to further mod the gameplay — Fate Cards. These cards can be applied to a level (whether it’s your first time, or a repeat playthrough) to make it easier or more difficult. One will make enemies move more slowly, while others will raise their health. Softening enemies reduces the amount of points scored, whereas making them tougher grants some additional points, all which roll up to a global and local leaderboard.

Beyond the singleplayer campaign, there is a second mode called Arena. Similar to what we saw in Early Access, this mode creates the wave-based battles, eschewing the exploration elements entirely.

Graphically, The Wizards isn’t going to unmercifully push your system to the brink, but thanks to the Unreal Engine backbone, it delivers some solid visuals that hold up to scrutiny nicely. While you never actually see more than the cast of monsters (the terrorized residents of Pinewood are relegated to off-screen screams and shrieks), the boss fights are a nice eye-popping reminder of just how awesome giant monsters can be in VR.

If I had one primary complaint, it’s the third act — Shrike’s Desert. You’ll square off against ethereal foes that are immune to all of your spells. Through story machinations, you’ll be granted a spear that you can lob at these reaper-esque creatures to take them down. Unfortunately, despite a great many improvements in other spellcasting areas, I had nothing but trouble getting the spears to work. When these creatures touch you, they sap your life and disappear, but most often I stood there shaking the spear, being completely unable to reliably release it. During later portions of this third area, you’ll face mixed-force stages, having to alternate between these spears and your standard magic, rushing back to nearby fonts to re-acquire your spear power. It makes what would otherwise be challenging into something frustrating.

On the the locomotion side of things, The Wizards supports direct smooth movement, teleportation, or as I played it — both. I would teleport around to flat surfaces, but would use the smooth movement for smaller movements. During exploration you can use both mechanisms without restriction, but in combat, if you overuse either system, you’ll slow down or only be able to teleport shorter and shorter distances. It keeps you from simply running away from your foes without penalty, pushing you to stand and engage. I was able to use both movement mechanisms without any sort of nausea, which is a testament to a lot of testing in Early Access — well done on Carbon Studio’s part.

For as frantic as this game should be, I tried it out in a completely stationary area, as well as a 5’x5’ space. I found that the game works extraordinarily well without taking more than a single step in any direction, which is great for those who play in a confined space. Just be mindful of how excited you get with those overhand fireball launches.

There are plenty of archery, wave-based, and shooter VR titles out there, but none that scratch the spellcasting itch. Thankfully, The Wizards fills that gap with style. What it may occasionally lack in finesse, it makes up for in style, voice work, and gameplay. The Wizards is a solid addition to any VR library.

Ron Burke is the Editor in Chief for Gaming Trend. Currently living in Fort Worth, Texas, Ron is an old-school gamer who enjoys CRPGs, action/adventure, platformers, music games, and has recently gotten into tabletop gaming. Ron is also a fourth degree black belt, with a Master's rank in Matsumura Seito Shōrin-ryū, Moo Duk Kwan Tang Soo Do, Universal Tang Soo Do Alliance, and International Tang Soo Do Federation. He also holds ranks in several other styles in his search to be a well-rounded fighter. Ron has been married to Gaming Trend Editor, Laura Burke, for 21 years. They have three dogs - Pazuzu (Irish Terrier), Atë, and Calliope (both Australian Kelpie/Pit Bull mixes).
Related Articles: Let's Play, The Wizards, VR
Share
Tweet
Share
Submit