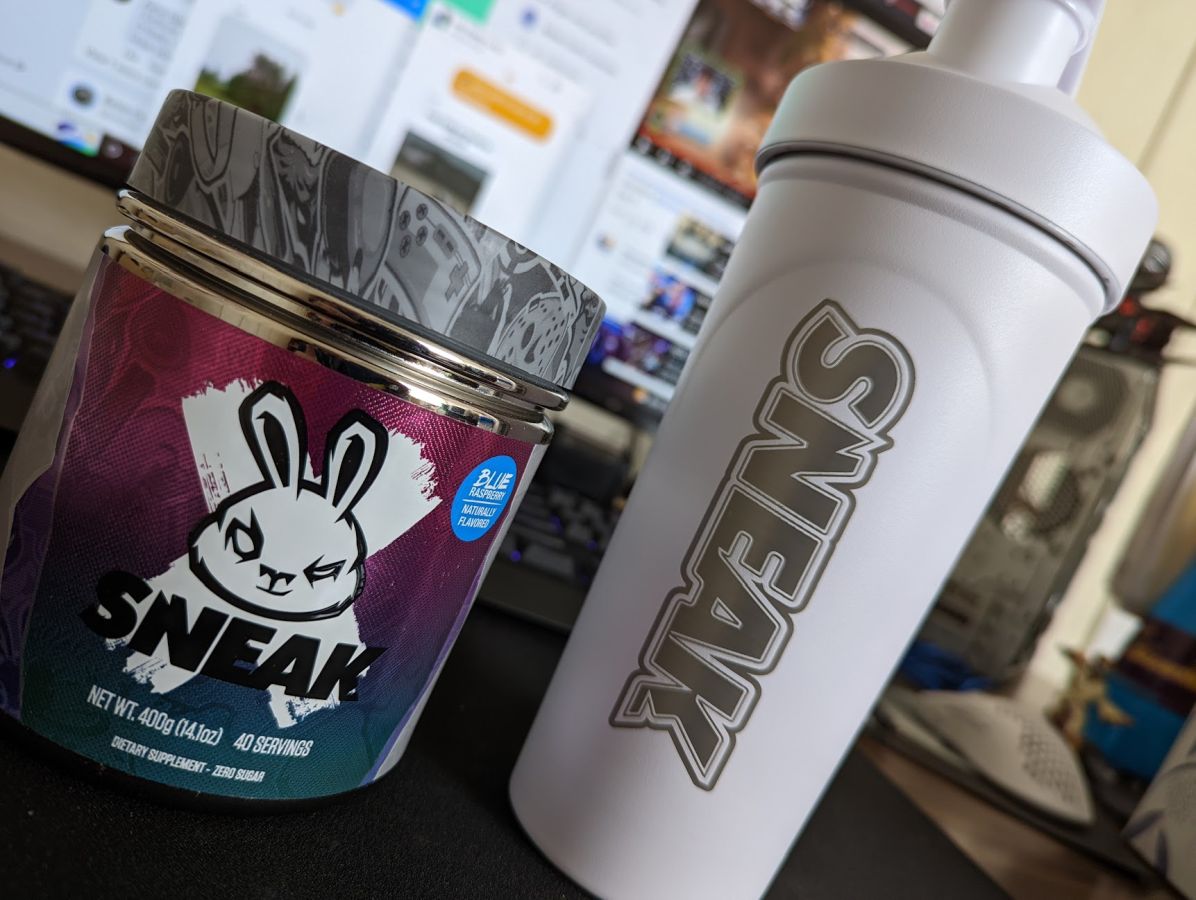 As some may know, I am a bit of an energy drink connoisseur. I really enjoy trying new things, and for the most part if there’s a new brand I’ve not tasted I make it a priority to do so. You may have seen some of what I’ve drank here on Gaming Trend, with us reviewing two different types of energy formulas that were very different from each other. Well, I’m at it again, and after trying a liquid mix and canned drink, we’re on to the powder portion.

Let me start with this; I’ve tried to do better about being healthy when it comes to these drinks. Like many, as a college student I drank all too much caffeine, and many of those are laced with tons of sugar. To that end, I did research this year, looking to drink more water and cut back on both unnecessary sugar and the amount of caffeine I was ingesting. It’s not easy either, with some products still having a ton of caffeine so I can’t get more than a serving a day, or finding one that tastes good. Because of all I had looked up, my FBI agent decided to get involved, and before I knew it Facebook ads were recommending something called Sneak.

Sneak is a powdered formula similar to another that rhymes with “DTool”. You’re going to use it the same way as well, taking said powder from a tub using an included measuring scoop and putting one scoop into a particular amount of water in a shaker cup or bottle of water. One thing I’ll mention right off the bat is that the amount of Sneak you’ll use is pretty large, and you won’t be able to use the scoop with water bottles given its size. Those of you who don’t use shaker bottles, plan on grabbing a funnel.

Once in the shaker or bottle and several rigorous waggles of them later, your Sneak Energy is prepared and ready to roll. Something that I was immediately struck by was how incredibly well it mixes, with almost no leftover powder or sludge left once I had drunk it all. This is a really important thing for a powdered drink to get right, because I’ve really yet to find one that combines with your water this well. With it doing this, I’m also not encountering that graininess that you find with the competition either, a leg up Sneak has in its war to be your choice of drink.

Another thing I really like about Sneak: the amount of water you can use. The recommended amount is 10-12oz, but I found that way too strong. I’ve been using 16oz, which works perfectly, and it even still tastes good if you up it to 20oz. Funny enough, the shakers are built to hold two servings, but the formula is tasty even watered down. 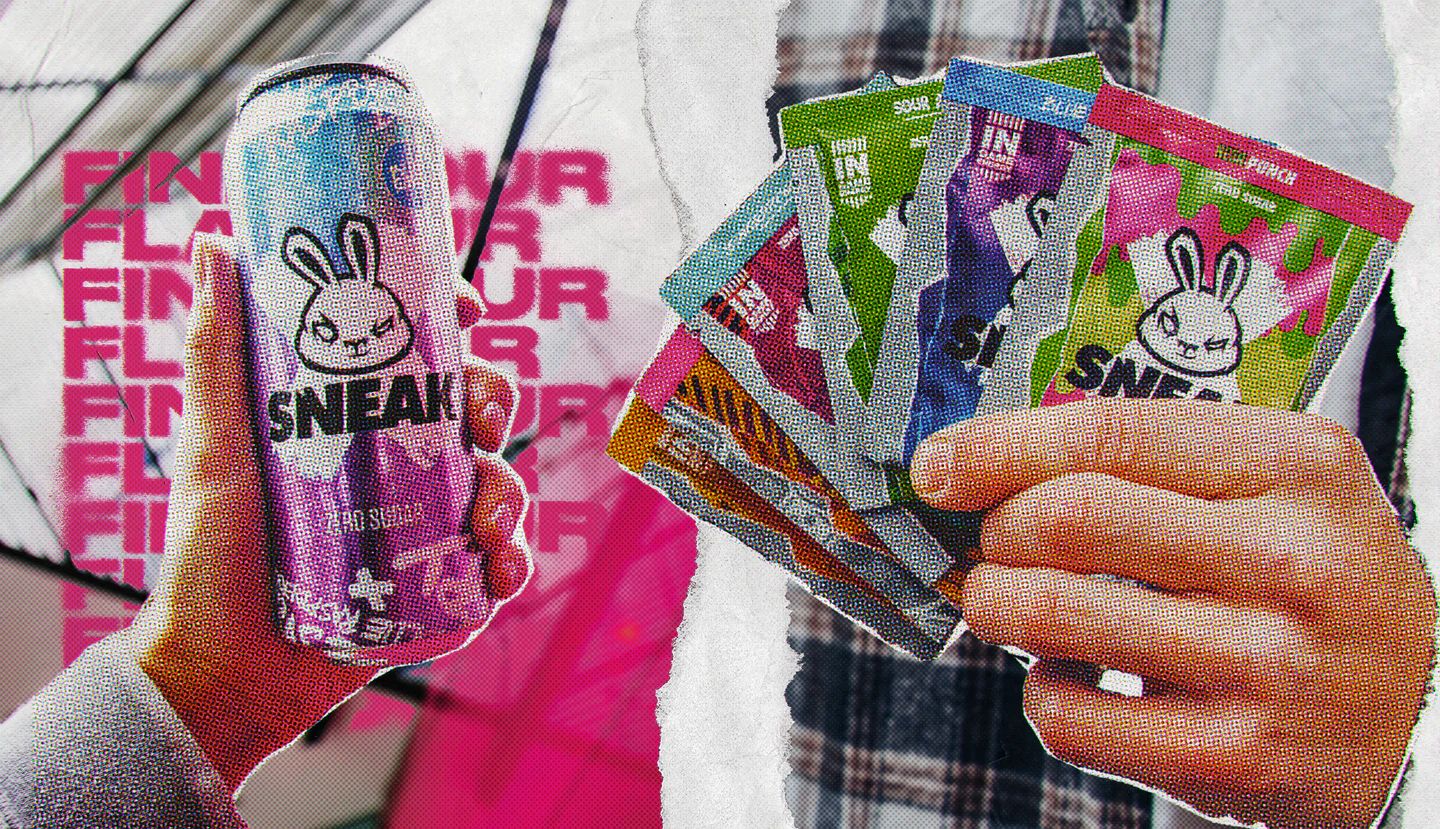 Speaking of taste, Sneak has a good amount of flavors available to get your attention, even dropping a new one recently in Electric Mango (which you can purchase here). As of this writing the team boasts thirteen different ones, and while they may have a little ways to go to match others, they’re well on their way. I’ve done plenty of tasting over the last few weeks (with nine of the current flavors), and I have to say I came across pretty impressed with what they have to offer.

While I don’t have the time in this written review to go over every single flavor (I did drop our taste test videos on our Youtube channel and in this review), I can say that I enjoyed what I tasted. My immediate favorite is probably Neon Punch, a citrusy flavor that is more mellow and incredibly refreshing. Even then, the flagship flavor in Blue Raspberry is a close contender in my mind for the top. I’m very hard on Blueberry/Blue Raspberry flavored drinks, with it being an automatic for me to try every time it’s available. With this one, the flavor starts out a bit strong, but after you get used to it, it has a Blue Raspberry taste that’s quite pleasant to the taste buds.

My only complaint with the taste of Sneak would be the medicine-like taste that can come through with some of them, even if underneath the initial flavoring. This affects Blue Raspberry as well, with the smell of the powder itself reminding me of the scent of crushed up Flintstones vitamins (something I mention a lot in our taste tests). It’s not a nasty taste, but some may be turned off by how strong it can present itself depending on the flavor chosen. It can be sort of sickly sweet.

I admittedly do understand a bit as to why the smell and taste would be “vitaminy”, because this formula packs a punch with all that’s in it. In each 0.35oz serving there is zero sugar, Vitamin C, L-Taurine, Magnesium, and of course, caffeine. There is plenty more to what’s inside Sneak as far as ingredients go, and you can read about that in the photos below. One thing I’m not as fond of in Sneak, Maltodextrin, a filler substance. I’m not sure exactly why it’s needed, but it does leave me adding a lot more powder to my water. 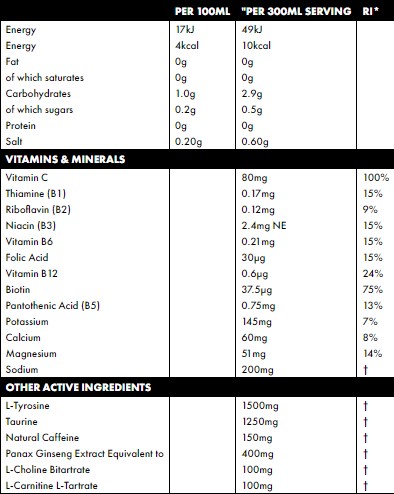 As for what all of that does, Sneak’s combination of all the things does exactly what it advertises, increasing your energy levels, sharpening your focus, and giving you that refreshing feeling that a drink should. I’ve been using Sneak for the past few weeks, and it’s a clean energy; no crashes or taking forever to work. My biggest question with any of these drinks is “can it give me the focus I need when playing Call Of Duty”, and Sneak does. If you’re drinking any of the competition let me assure you, Sneak does it at least as good as they do, if not better.

Two things I’d like to see Sneak add to their lineup to be more rounded, a tea flavor and a hydration formula line. With tea, it’s such a distinct flavor, and is one that can really attract attention. Beyond Bubblegum, Sneak has gone after the more fruity tastes, and while I appreciate them, tea gives you something really different. As for hydration, essentially this would be a version of Sneak without caffeine. I drink a whole lot of water some days, and given you shouldn’t be ingesting too much caffeine (Sneak even tells you on the tub to not do more than two in a day), this is a way to keep people drinking. It might not be as lucrative, but it can add a lot to the brand. That being said, they are already ahead of the curve with canned versions of Sneak, although those aren’t available as of yet in the US.

Lastly, let’s hit on something I didn’t expect to love as much as I did, the shakers. A lot of the ones I’ve owned in the past have been the smaller 16oz ones, with a removable grill inside the cup to assist with your drink mixing. I don’t know if it’s part of the reason Sneak mixes so well, but their shakers are tall and skinny, holding up to 20oz, along with said grill. The extra room allows for a better shake, even if the intention is holding two servings. Also, if you want to go the extra mile, the Blizzard Metal Shaker is amazing, a fantastic design that looks great (as well as a grill built into the lid which is wonderfully functional), and keeps your beverage cool for longer than the standard plastic ones.

You can pick up Sneak Energy, your Blue Raspberry tubs, and if you want to try it out, your starter kits, here via the links provided!

Whether you’re looking to replace your current powdered energy formula, or are looking to get started, Sneak Energy is a great brand to look at. The flavors are tasty, the energy provided is awesome, and the shakers are to die for. If they keep adding to their arsenal of flavors and add a hydration line, look out world. Sneak is bunny good, and that’s a fact.

David Burdette is a gamer/writer/content creator from TN and Lead Editor for Gaming Trend. He loves Playstation, Star Wars, Marvel, and many other fandoms. He also plays way too much Call Of Duty. You can chat with him on Twitter @SplitEnd89.
Related Articles: Sneak Energy
Share
Tweet
Share
Submit