Devil May Cry 3 is lauded as the definitive character action game; it saved the series, established Dante’s extravagant personality, and set a precedent for all games in its vein to follow, but does it still hold up after 15 years? Are the updates made to the Switch version enough to keep it relevant or is it a relic of the PS2 era?

Devil May Cry 3 stars the devil hunter Dante as he prepares to open up his business in this prequel story. As he eats pizza and tries to think of a name for his shop, a strange man enters with a message from his twin brother Virgil. Dante and Virgil are the sons of Sparda, a demon who “woke up to justice” and separated the human and demon worlds at the cost of his life. Virgil is attempting to rejoin the two worlds in his endless pursuit of power using an ancient tower called the Temen-Ni-Gru. Dante, thinking this’ll be another fun brotherly fight, begins to climb the tower to face Virgil. At the same time, a mysterious and extremely cool human woman also enters the tower… 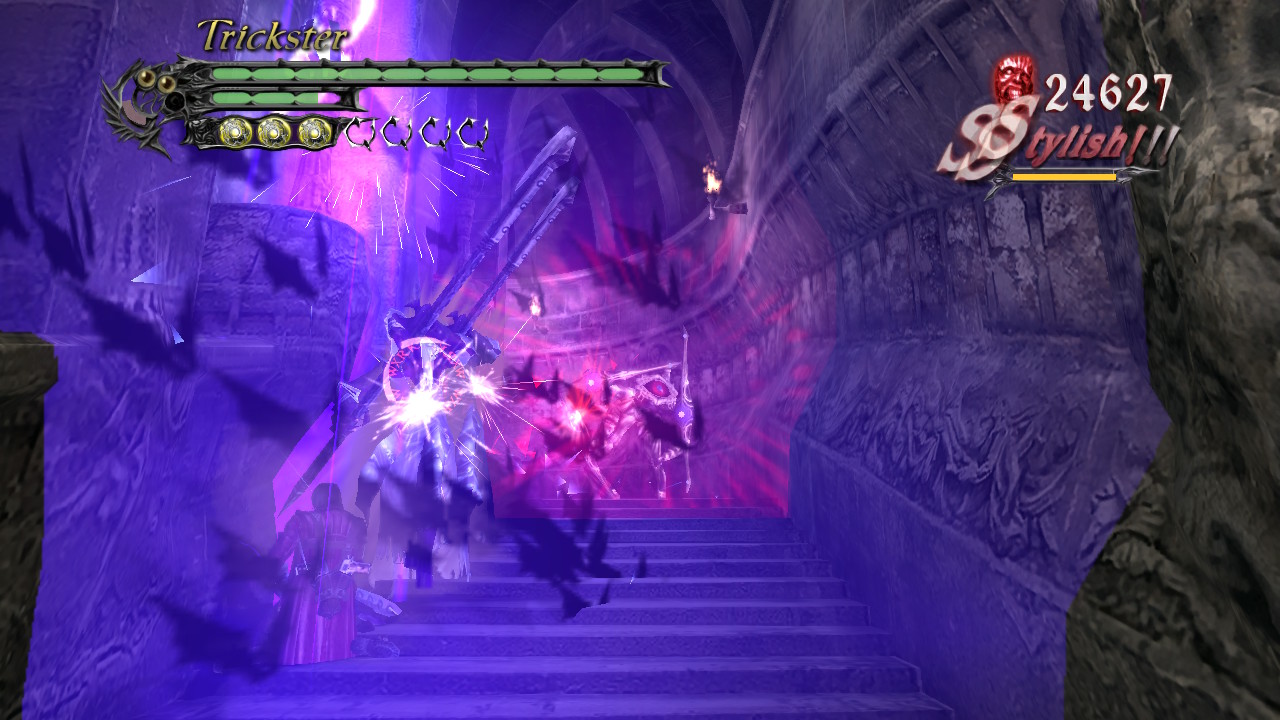 Your general goal in Devil May Cry, aside from surviving each encounter, is to defeat enemies in the most stylish way possible. In order to look as cool as possible, you’ll want to switch up your weapons and fighting style frequently. This brings us to this Switch release’s biggest change: Free Style mode. After selecting this mode upon starting a new game, Dante can swap between his four styles and entire arsenal of weapons at will. If you’ve played DMC5, this will feel very familiar: you use the D-pad to switch style and the triggers to change weapons and guns. This makes getting that coveted SSS rank much easier than the original’s restriction of carrying only two weapons of each type at a time and only changing styles at a goddess of time statue. It feels great to pull off combos with more situational weapons like the literal electric guitar Nevan, and don’t think the game’s gotten any easier just because you have more tools at your disposal; you’re still going to die a ton. But this ease of access does come at a cost; switching between styles mid-fight means that they’ll level up much slower. By the end of the game I had only reached level two out of a total of three in each style. I suppose this stops the player from becoming too overpowered early on, but to even reach that level I had to grind in easy mode for a bit.

While the core combat is still excellent, the use of fixed camera angles still throws me off. When executing direction specific inputs, it takes an extra second or so to determine which way to point the stick since it relies on Dante’s position. These shots still look nice, but that doesn’t stop them from making combat and exploration that much more difficult or confusing. When the game isn’t using fixed camera angles, turning the camera manually is excruciatingly slow and the controls are inverted with no option to change the speed or X rotation. You’ll have to contend with one or the other throughout the whole game, and I could never get used to it. 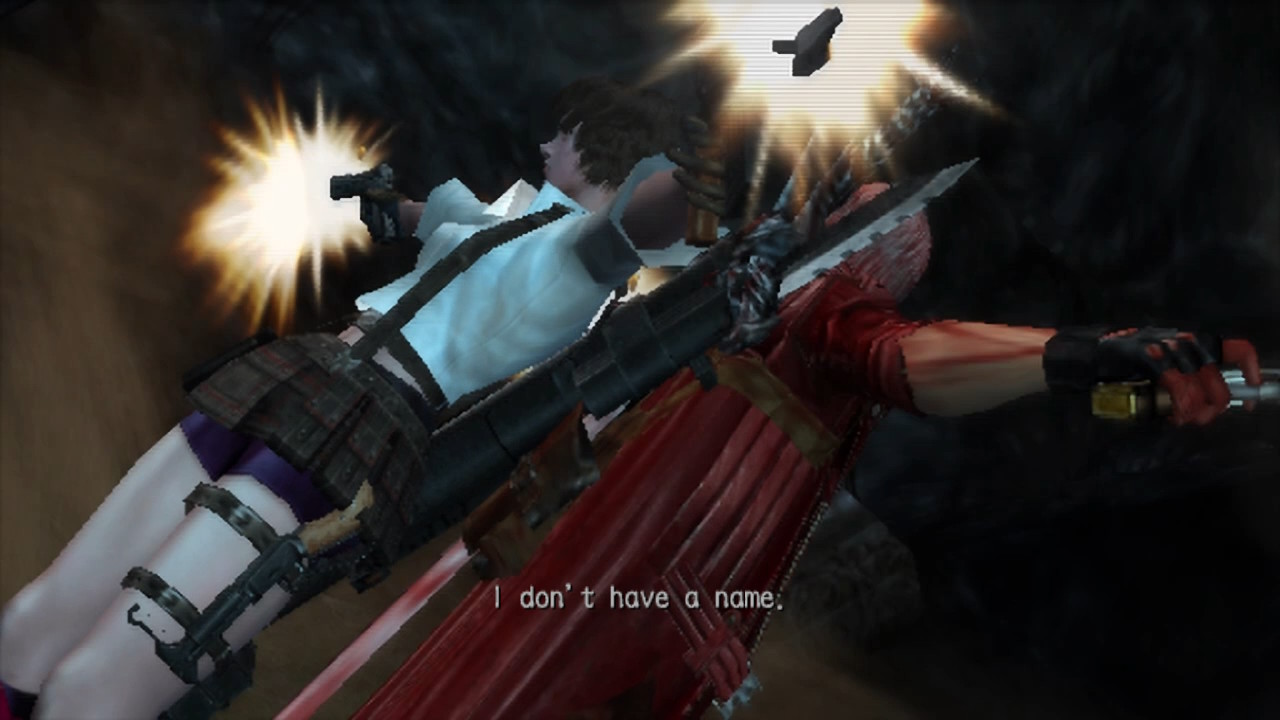 The Temen-Ni-Gru is maze-like in its design, as you traverse its rooms and corridors you’ll slowly uncover more and more of the tower. This was back when the series still showed some of its Resident Evil origins, and I think it serves to break up combat sections very well. It’s refreshing to go from hacking and slashing enemies to solving devious puzzles. The game will very rarely combine the two as well, and the chess fight is a personal highlight. Both the combat and puzzle solving test your thinking in two very different, distinctly enjoyable ways, but I found that the game being divided into missions took away from the exploration aspect too much. I appreciate being able to select any part of the game I want to replay, but too often I had just figured out where to go next and was taken to the score tally screen.

One aspect of Dante’s Awakening that definitely has not aged are the cutscenes. Every single one is packed with well choreographed action, stunts, and great voice acting even if some lines can be pretty corny. All this action hides a surprisingly meaningful story about family, and characters grow in believable ways even if they don’t end up where you want them to. It’s a tragedy at its core, wrapped up in a schlocky action package. There’s a lot to pick apart here, from how Dante grows from the wacky wahoo pizza man to taking his brother’s problems more seriously, Lady’s eventually reluctant quest for revenge, or more light-hearted easter eggs like the mission number hiding in each preceding cutscene and realizing that all of the moves Dante pulls off in cutscenes can be performed in gameplay as well. 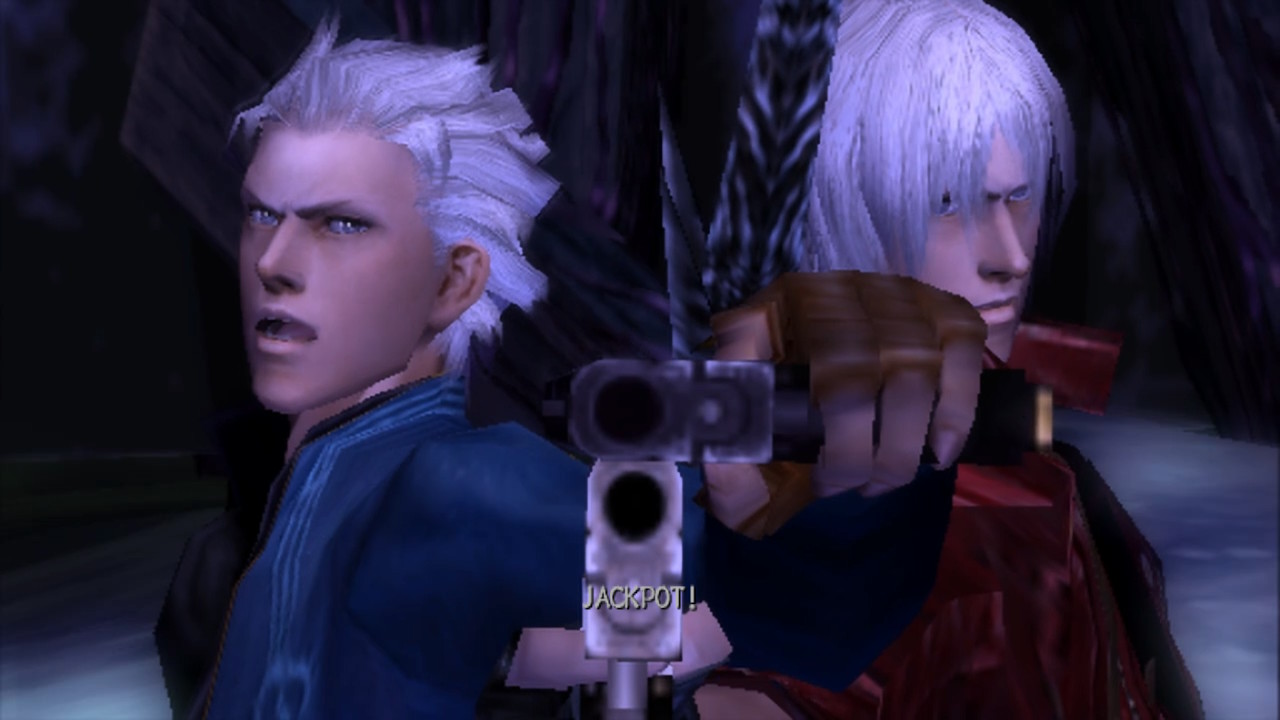 Finally, the last big change you’ll likely encounter after beating the game is the new multiplayer Bloody Palace. Player 1 plays as Dante, while player 2 is Virgil, both retaining their upgrades and weapons from their respective campaigns so long as a file is loaded. It’s a welcome addition to the test of skill and endurance, and interestingly both players share a style meter, opening up new potential for cool combos. I do wish the main campaign was also multiplayer, perhaps with a playable Lady, but all in all these changes make the game feel fresh even after playing it multiple times.

While Devil May Cry 3 is starting to show its age, it still holds its title as one of the best character action games ever made. The new additions add a refreshing twist on this classic game, while still retaining its difficulty and depth. And who knows, after so many re-releases and playthroughs, maybe people will notice how meaningful and well told the story is.

David is the kind of person to wear his heart on his sleeve. He can find positives in anything, like this is a person who loved Star Fox Zero to death. You’ll see him playing all kinds of games: AAAs, Indies, game jam games, games of all genres, and writing about them! Here. On this website. When not writing or playing games, you can find David making music, games, or enjoying a good book. David’s favorite games include NieR: Automata, Mother 3, and Gravity Rush.
Related Articles: Devil May Cry 3 Special Edition
Share
Tweet
Share
Submit