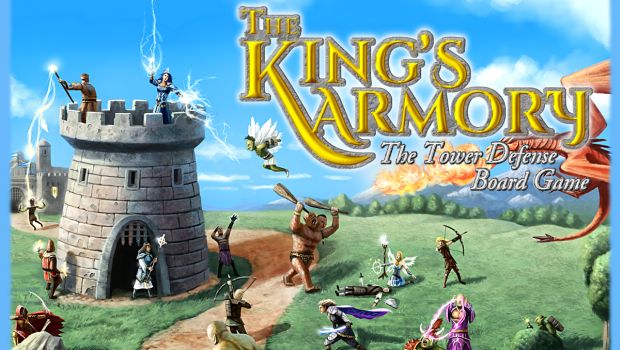 Back in 2010, in one of the best years ever for game publishing, Marco Ruskowski and Marcel Süßelbeck partnered up with Wolfgang Panning to create Fresco, which was almost universally lauded as a beautiful, engaging, strategic yet family-friendly game. Five years later, Marco and Marcel are back at it with their second published game, Parfum. Although maybe M&M should have given ol’ Wolfy a call this time around as well. At the risk of making wild predictions, I don’t expect Parfum to be garnering multiple game of the year nominations. There is a kernel of something special here, but even setting aside the very high bar of M&M’s previous efforts, Parfum is a bit of a disappointment.

In Parfum, players attempt to distill custom perfumes that will appeal to the most lucrative customers. Each turn, players will gather fragrance dice and roll them in an attempt to “distill” one of the six potential fragrance notes on offer. If a player is able to match the symbols on the fragrance tile, the player scores the point value on the tile and adds it to their personal perfume board. Players attempt to complete perfume bottles by combining “head”, “heart” and “base” notes, at which point their perfume is ready to sell to waiting customers.  Players also have access to water well tokens, which are used to reroll or manipulate dice results.

Each note contains from one to three fragrances (sometimes all the same, sometimes all different) and this corresponds to the dice you will have to successfully roll to make that note. When you distill enough notes to complete a perfume, you receive some flacons (got no clue how I’m supposed to pronounce this) of said perfume that you will then sell to the various customers who just happen to be walking by.

Each customer has a preference as to the type and strength of fragrance he or she wants to buy. As long as you have at least as much of the customer’s preferred fragrance within your perfume, he or she will buy one of your falcons flacons. The fragrances in the perfume are totaled across all the notes within the perfume so it’s possible to have a perfume that will appeal to a wide variety of customers. Unfortunately, the customers are not looking to stock up on perfume for the winter, so one flagon flacon is all they want. After they buy, the customer is removed from the board so turn order can be important. There are many, “Hey, I wanted to sell to that guy!” moments in this game.

From round to round, turn order is of major consequence in this game. Sometimes, you want to go first to make sure you can sell to a certain personage. Other times you’d rather go last and take more actions. Unfortunately, the act of choosing turn order isn’t a particularly fun activity in and of itself. Even worse, it’s often the most important strategic lever a player is able to pull.

Nevertheless, there are some tactical decisions to be made in this game, there are set collection aspects to pay attention to, there is an element of push-your-luck and risk mitigation when it comes to choosing dice, rolling and re-rolling. In terms of overall strategy, you can aim for specific high reward personages via specialized perfumes or create more varied fragrances that appeal to a wider assortment of less lucrative customers. Certainly the game isn’t devoid of decision making, it’s just that there isn’t much of it to actually do.

Nice, i can grab a head note AND a heart note with this roll

Parfum has its share of enjoyable moments and a lot of interesting ideas. I liked how the customers who didn’t buy anything stuck around from round to round, allowing you to customize your strategy for those sales. Looking around at other players perfumes, figuring out who they are able to sell to and how that affects the risks you’re willing to take was certainly interesting. For example, I might not care about acting first if I know that no one else will be able to sell to the three rose customer and he will still be there when it’s my turn to sell.

I enjoyed the process of creating the perfumes and I liked how the game incentivizes players to quickly sell their perfumes once made. Making a specialized perfume and waiting around for the right customer is a poor strategy in this game. A completed perfume comes with the inherent penalty of losing possible spots for fragrances so you’ll want to clear them off your board quickly. However, even with good planning, you can often find yourself with no available spots for the fragrance notes on offer.

Personally, I don’t mind when a game can be punishing due to bad planning, but there are times when it feels Parfum is getting in its own way. Players often feel like they’re being punished for really no good reason. Since basically the only thing you do on your turn is grab dice and roll for a fragrance, if you have no place to put that fragrance, then you essentially have nothing to do on your turn. And even if there is one note that would work, if you roll poorly, you can find yourself at the end of a turn having accomplished nothing. Trust me when I say this whole “wasted turn” thing goes over very poorly with casual gamers.

I’m not sure where Parfum fits in terms of an audience. It’s light enough to be a family game or honestly even a children’s game, but too often the action sticks and people are left with nothing to do on their turn, which, as I mentioned, is anathema to casual gamers, not to mention kids. On the other hand, it’s not nearly strategic enough or deep enough to appeal to hobby gamers. The theme is unique and the mechanism of grabbing a bunch of dice and trying to acquire fragrance notes might be enough to hold someone’s interest for a while, but the action quickly becomes repetitive. I just really wish there was more to do within the game. In stark contrast to the many games out there that really needed an editor to trim the excess elements and focus the action, Parfum feels like a rough sketch that needs to be colored in.  And some glitter.  And maybe some colored pipe-cleaners.

Water drips with all four possible reverse sides: 3, 2, 1 and blank

For all that, Parfum can generate some genuinely fun moments. When you roll just the right combination of essences to grab the last note to complete a perfume with 3 vanilla components, then sell to the “3 vanilla guy” for 12 points, it can put a smile on your face as you congratulate yourself for the fine perfumer you’ve turned out to be. There are press your luck elements to the game, and taking those risks can be fun and rewarding. I liked how you got water tokens when you sold your last eagle flacon of a perfume, which allows you to be a little more daring with your next distillation. (Normally players would have to use up some of their precious actions to take water tokens).

The components are of high quality and the artwork is particularly detailed and enjoyable to look at. I really appreciate the work that went into all the customer tiles – each of the 25 tiles is distinctly different and even seem to look “wealthier” the more valuable they are, which is a fun touch I think. Although the dice are brightly colored and look nice on the board, I wonder if more could have been done to make them distinctive beyond just the colors. More importantly, I would have preferred a more distinct difference between the bottle icon (“success”) and the fly icon (“failure”) – both are simple line drawings, both have sections with thin parallel lines, both are white, and the shape just isn’t different enough at a glance. Additionally, the bag that players are meant to draw fragrance notes from is just too small. It’s so jam packed with tiles, especially at the start of the game, that it’s very difficult to mix the tiles around thoroughly enough.

I’ve hinted at this throughout the review, but I have to say Parfum just feels incomplete. That’s really the best way I can think of to describe it. Parfum has its moments, but it just feels like a prototype to me. Too many ideas are still in their rough draft form. Receiving extra points at the end of the game from holding extra water droplets feels particularly forced and I’m not sure it added anything to the game at all. There’s a possibility that expansions might do the trick here, but I’ve of the opinion that games really should feel complete in their base incarnation.  There are a lot of games out there in the $50 range that are going to give you a lot more depth.  Sometimes people will claim that expansions are necessary, but to be honest that just makes the “base” game effectively more expensive. In a highly competitive market for games, I’m not sure that’s a good outcome.

Some fun ideas can be found here, but overall it feels like the game just needs a bit more work. The artwork is impressive, but the action is just too clunky and limited for the game to work well. Perhaps expansions could help, but that would make Parfum quite expensive for such a light game.