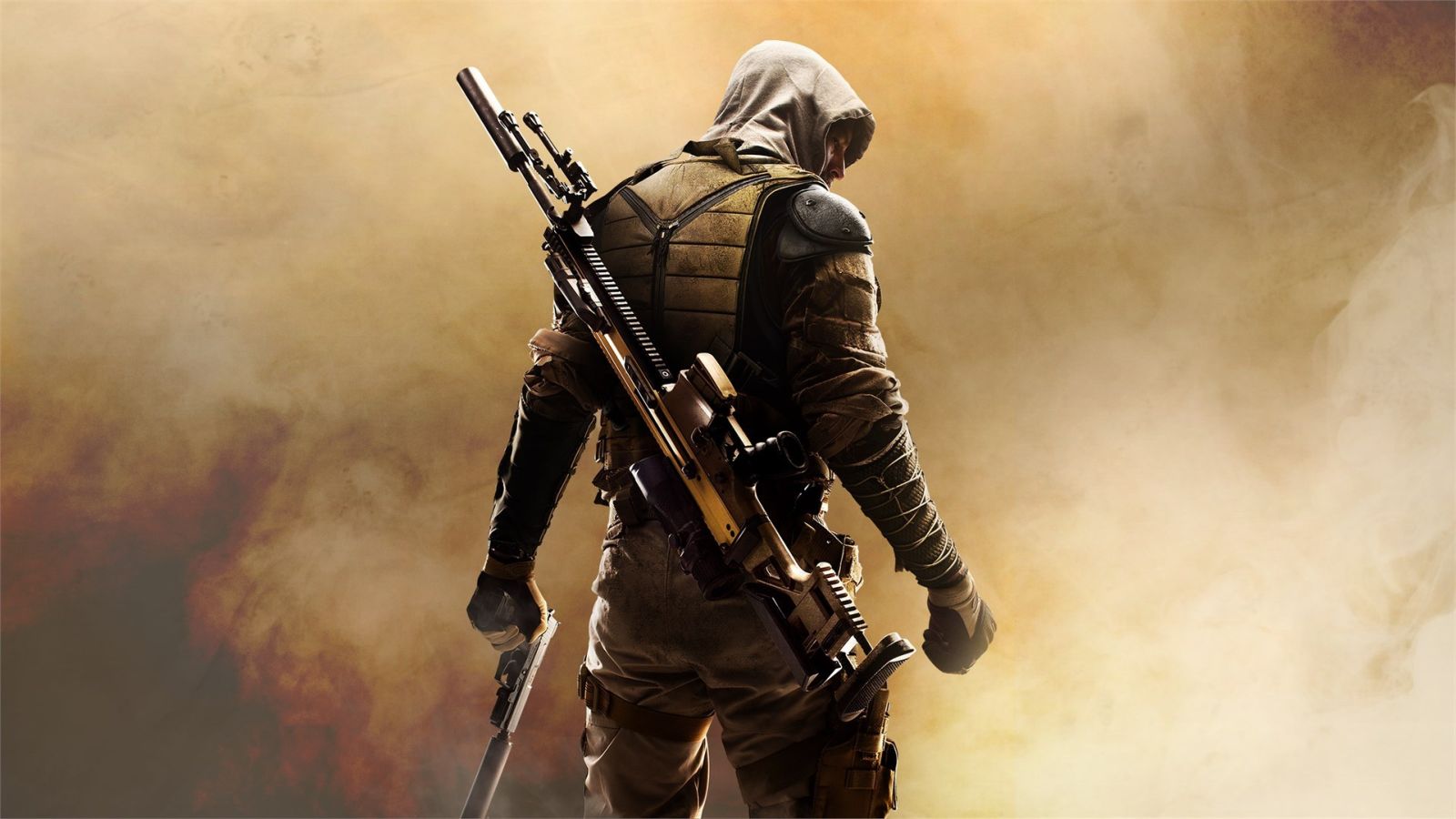 The Sniper Ghost Warrior Contracts games have an interesting place in the pantheon of shooting games. They are an interesting blend of human-hunting at close to medium range, as well as capitalizing on the raw ballistic power of a high-caliber firearm at extreme distances. Now, developer CI Games has pushed those extreme distances even further. Slide the bolt forward and prepare to send it — let’s see what this sequel brings.

The game begins in the fictional country of Kuamar, shortly after the events of the first game. President Omar Al-Bakr and his wife, Bibi Rashida, have ruled the country for the last 20 years. When Al Bakr is assassinated, his wife rises to power, unleashing a torrent of instability in the region. Supported by some of the worst of the worst, she maintains a steel grip on the country. You are going to loosen that grip…

The first thing you’ll notice with Sniper Ghost Warrior Contracts 2 is that the CI team put a lot of work into both visual fidelity and performance. Lighting looks great, and the environmental effects are better than ever. The leather on your gloves reflects light realistically, and heat swirls in the distance, making extreme distance shots more challenging in the desert sun. Landing those long shots brings the gory effects we’ve come to know and love from the previous games as your bullet tears through flesh and bone, ending with a satisfying crunch. A headshot will end all but the most well-armored opponents, even bosses. During one sequence the game was setting me up for a very long mission to take out a specific warlord in a well-patrolled data center, but I shot him from a moving elevator across a massive chasm, through a pane of glass where he was only visible for a fraction of a moment. It’s in these moments that this game shines brightest.

The game plays out across six missions, the first of which is a short tutorial to familiarize you with sniping concepts and your equipment. Each contract has multiple objectives such as eliminating specific targets, rescuing, sabotaging equipment, hitting specific targets in a sequence to disable a tower, and taking out optional targets of opportunity, just to name a few. How you approach these objectives, and often in what order, is entirely up to you.

Equipment makes a world of difference in Contracts 2, so it’s good that you’ve got a bunch of it. A handheld drone can be used to spot enemies, disable cameras, and even fire poison darts to quietly dispatch troublesome enemies. The usual grenades and mines are here, but gas grenades will do the job in a more subdued fashion. A remote controlled turret can be set up to act as a second gunner to take coordinated, synchronized shots. Bandages, C4, and anti-personnel mines join the long list of goodies.

Beyond selecting weapons, you have a tremendous amount of attachments and upgrades for your weapons. There are a wide variety of various sniper rifles, backup machine guns and pistols, a bow, and more,- furthermore, they all have a number of attachments and modifications to suit the mission at hand. Perhaps being loud isn’t as important as penetration damage, or maybe you prefer to hit from extreme range with a suppressed weapon. Whatever your playstyle, there is equipment to match.

Naturally, the game injects an element of sci-fi into the mix with multiple round types. There is light ammo which is used to take out soft, unarmored targets, and will almost certainly kill with a headshot. For the aforementioned armored foes you’ll want to use armor piercing rounds. I find that I use them for foes where I want to ensure the bullet passes through more than one target as well. EMP rounds are used to disable electronics from a distance, though it’s often worthwhile to simply find an exposed control box somewhere else to save these rounds for when they are truly needed. Lure rounds will make an enemy take notice, encouraging them to look in the direction of the round’s impact, or even walk over to inspect it — useful for clearing a space. The last round is a straight up cheat — “Agile Bullets” allow the shooter to put the reticule directly on their target, ignoring wind, bullet drop, and everything else. You pull the trigger, it hits the target — period. I always felt weird using these, so I avoided them.

Beyond the long list of gear, your character has a number of upgrades available to them to customize and personalize them to match your playstyle. These skills are split between Mask and Recon, Support and Stealth, Drone and Turret, and Equipment and Gadgets, and they cannot be purchased with money earned from contracts. Instead, these are earned through accomplishing objectives. Maybe that’s silently taking out a specific target, or even a whole camp. Perhaps it’s simply making an incredible shot at a ridiculous range and in an impossible time window. Whatever the goal, it rewards you with points you can spend on these upgrades. They can grant lure capabilities to the land mine, suppress the drone and push its shot distance out to 1000m, or improve the spotting capabilities of your custom helmet.

Enemies in Sniper Ghost Warrior Contracts 2 are the finest blend of omnipotent and drool-worthy dummies. You’ll be running full tilt in the open straight towards the base and they’ll stand like a mannequin, staring dead eyed into the distance. That said, if you shoot a guy with a suppressed pistol, and he sees you a split second before you end him, he’ll somehow alert everyone in a 2 mile radius despite never making more than a gurgle as he dies. I’ve never been a fan of psychically connected enemies, and it doesn’t happen all the time, but when it does it ruins any chances you had of going in quietly.

When you are spotted, you’ll find out that the enemies are a bunch of liars. “We have him!” and “I’ve got the enemy in my sights!” are common (and frequently repeated), even though you’ve long since left the area and found a new place to hide. It highlights the voice repetition as it seems to be the same two guys over and over again, and neither one of them have a solid grip on the situation.

I did run into a few issues with the game’s auto-save function. As an example, during one sequence I was tasked with saving a prisoner. His guard would take him out immediately if I didn’t take him out, but there’s also one of the main antagonist’s lieutenants in a nearby building. If she catches wind of the breakout, she’ll make light work of the prisoner as well. Taking out the counter snipers quietly at 1300 meters, I set my sights on the lieutenant. Alone in her room I squeezed a round off, turning her head into a fine paste. Despite NOBODY being in the area, and being far enough away with a suppressed rifle to ensure there was no chance of anyone hearing…the omnipotence kicked in and suddenly everyone was alerted and rushing to kill the prisoner. Unfortunately, as soon as the lieutenant was dead the game decided to save. This means I then had roughly 4 seconds to line up a shot at over 1300 meters, hitting a moving target running to kill the prisoner. Failing that shot means letting the prisoner die and failing the objective, or trying over and over and over. This is why you let people save when they want — save scumming be damned.

There was one other issue that was less a bug and more a collision problem. Frequently I’d be trying to sneak up a ramp, hitting a ledge no more than 3” tall, and be completely unable to walk past it. Instead, in a game where keeping your head down is critical, I had to stand up like a scarecrow and wobble over it. Similarly, tree branches might as well be walls at times, causing you to often walk right out in the open.

The last thing that rubbed me wrong comes from my real-world time in the field. My wife can attest that I frequently couldn’t locate my keys, but there was one thing I never lost track of — my multi-tool. This Leatherman multitool saw me through more missions than I can count, and saved my life while in-country more than once. You never know what basic tools you’ll need. Frequently the difference between a head-on approach and one that’ll keep you safe is a cheap chain link fence — something your multi-tool will nip through quietly in a matter of moments. In Sniper Ghost Warrior Contracts 2, chain link fences are as solid a barrier as a cement wall — impermeable and impassable. It means bypassing a safe entrance at the fringe of the target in favor of one dead center of the base — a completely foolish approach. It means being stymied by a locked fence, able to only unlock it from the other side.

Sniper Ghost Warrior Contracts 2 will take you somewhere between 8 hours and about 30. Why the huge variance? Well, if you run in like a lunatic you can just plow through enemies like it’s Call of Duty. That’d defeat the purpose, so slow and steady is the more developer-intended approach. That takes time, planning, and often a few bites at the apple.

It may sound like I’ve been a little down on this title, but don’t mistake constructive feedback for negativity. When the game is working well, it works very well. It’s engaging, it’s fun, it’s challenging, and it makes you feel like a complete badass. The moment to moment gameplay can be exhilarating. Lining up on a target over a mile away, sending that shot through the equivalent of a mail slot, and taking out your target without anyone knowing you were there is a shout out loud moment. It’s in that way that this game stands out the most, and it’s why the bugs, the omnipotent AI, the goofy terrain issues, and the complete lack of a multi-tool doesn’t bother me in the slightest.

With exhilarating moment to moment gameplay, Sniper Ghost Warrior Contracts 2 delivers on its promise of longer shots, new gadgets, better contracts, and everything you’ve come to expect. Sure, it brings bugs and design choices that’ll make you scratch your head, but that’s no reason to avoid this one. Lock and load.

Ron Burke is the Editor in Chief for Gaming Trend. Currently living in Fort Worth, Texas, Ron is an old-school gamer who enjoys CRPGs, action/adventure, platformers, music games, and has recently gotten into tabletop gaming. Ron is also a fourth degree black belt, with a Master's rank in Matsumura Seito Shōrin-ryū, Moo Duk Kwan Tang Soo Do, Universal Tang Soo Do Alliance, and International Tang Soo Do Federation. He also holds ranks in several other styles in his search to be a well-rounded fighter. Ron has been married to Gaming Trend Editor, Laura Burke, for 21 years. They have three dogs - Pazuzu (Irish Terrier), Atë, and Calliope (both Australian Kelpie/Pit Bull mixes).
Related Articles: Let's Play, Sniper Ghost Warrior Contracts 2
Share
Tweet
Share
Submit