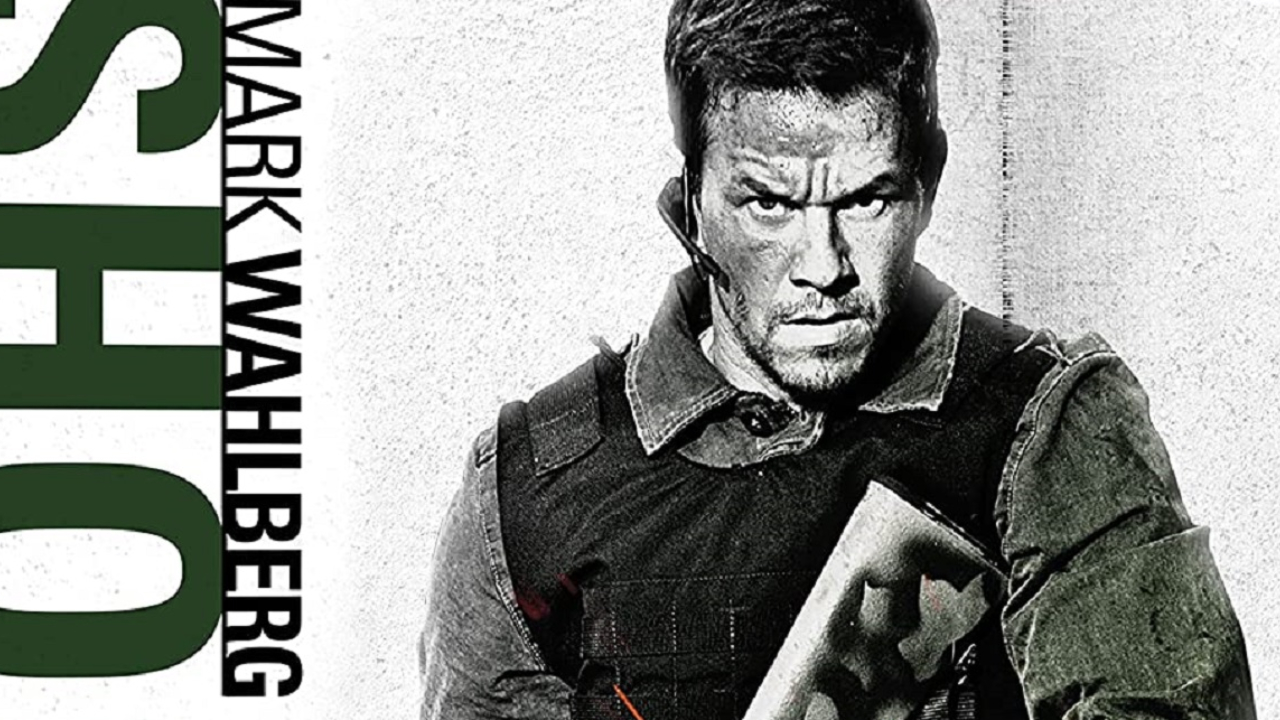 Shooter opens with a gaff so big I’m surprised they could hump it out of the jungle. After Bob Lee Swagger (yes, that’s his name) lands some frankly stellar shots (somehow with absolutely no recoil) from an M40A3 rifle and then breaks immediately and starts yelling with lots of furtive movements as a helicopter dusts his position. His spotter somehow drops a grenade on the enemy at over 900 yards, and then Swagger pulls out a second rifle – an M82A1M .50cal anti-material rifle and scores multiple shots on a moving helicopter with almost no effect. He then scores a hit directly on the rotor, sending the chopper careening into his position. Fade to black, 36 months later, and off we go – it’s gonna be a wild ride.

As someone who spent nearly six years behind the M82A1 as part of a combat civil engineering unit, this movie is the kind that gets me thrown out of watch parties. “That’s not how this works..that’s not how ANY of this works!!” comes up frequently. For instance, the M82A1 weighs almost 29 pounds, and the M40A3 weighs just over 16 pounds. Throw in a box of .50 cal ammo, and a box of .308, and you are carrying a ton of extra weight – nobody does this. Nobody carries two rifles into the field! Screaming at the TV aside, let’s get into the movie.

Shooter is the story of a retired Marine who is brought in by black-suited G-men as an expert to help them understand how an assassin might plot a shot at over 2000 meters. When a foreign national is shot instead of the President of the United States, Swagger gets framed and blamed. Wounded while on the run, he gets patched up by his old spotter’s widow, and then sets out on a mission to clear his name and take out the people that set him up. Ok, so it’s not Shakespeare, but it came out in 2007 – if you are reading this, you have likely seen the movie and know what you are in for. Let’s crack open this steelbook and get into the technical bits. 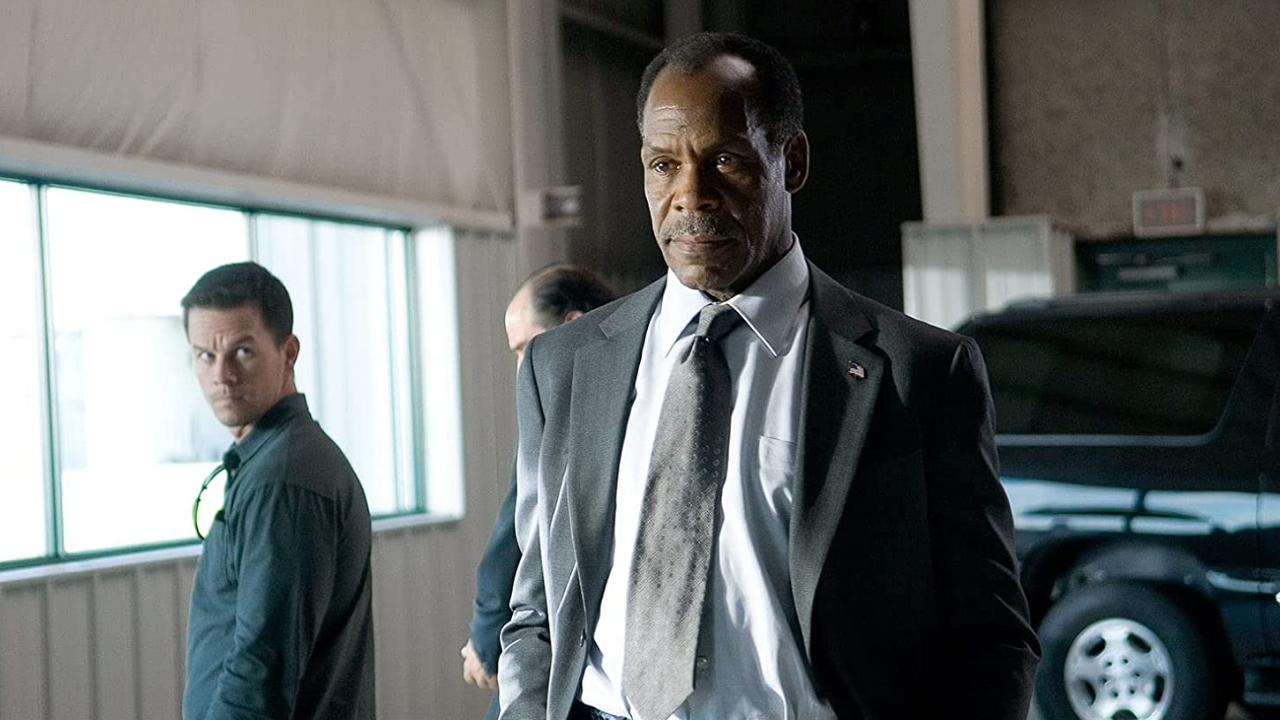 First things first, this movie was shot in 2006, but you would never know it watching the 4K transfer – it’s gorgeous. So much so that multiple times we remarked how crisp and clear the image is – it could have been shot yesterday. There are some oversaturated scenes where colors are muted down or popped up which can cause minimal artifacting, but this is in keeping with Director Antoine Fuqua’s style more than anything. There are enough explosions and fire sequences in this movie to last a lifetime, and you’ll see that color saturation vividly there, followed by the washed out gray of smoke immediately after. If you liked films like Training Day, Equalizer, and Southpaw, you’ve seen exactly what I’m talking about. As such, it’s not going to be my go-to for color checks, but it matches the style of the film nicely while remaining crisp and clear.

The movie is presented in native 4K (2160p) and encoded with H.265 HEVC – a necessity when you are encoding at such high quality. The transfer is also HDR10, and supports Dolby Vision. The original aspect ratio of the film is 2.39:1, also known as anamorphic widescreen and represents the widest possible image, but is presented on this 4K disc at 2.35:1 or Widescreen Cinescope. Widescreen Cinescope has become the established norm because it shows the best possible width without pillarboxing (the large black lines on the side are pillarboxes, and the large boxes at the bottom are letterboxes). Thankfully, the transfer makes the jump to the new aspect ratio without any oddities, looking like it belonged this way all along. 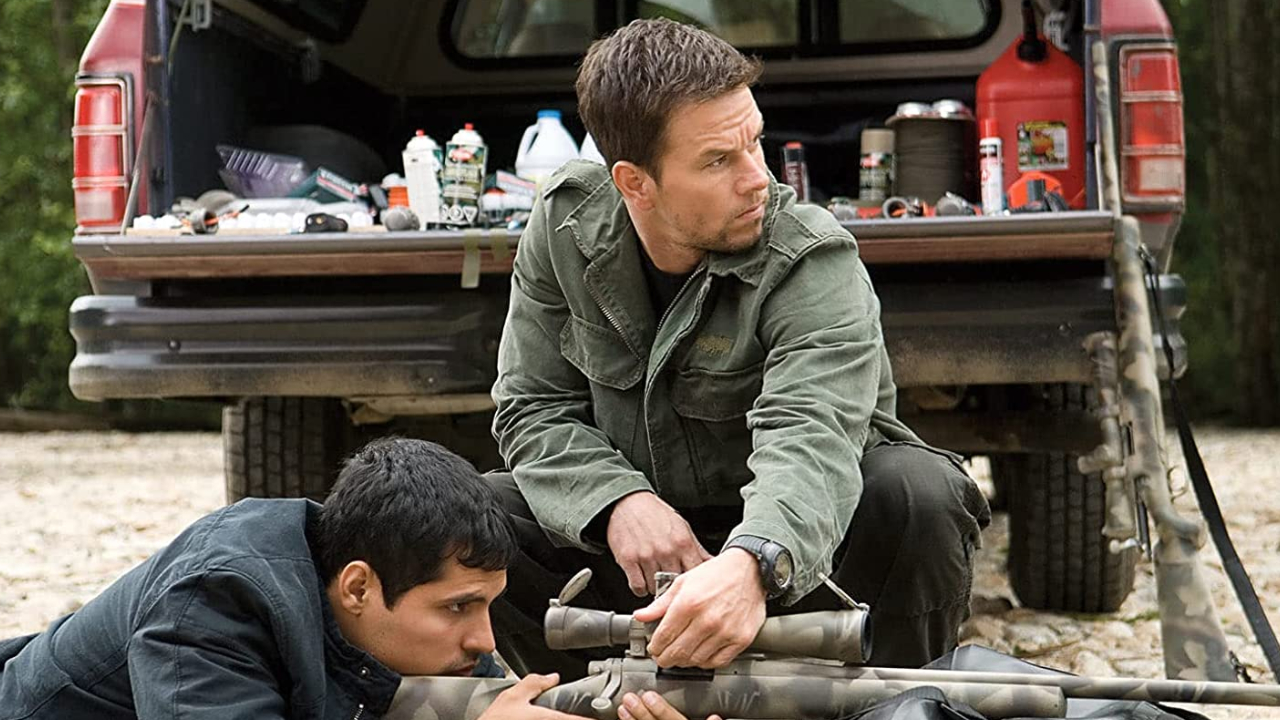 Turning to audio, regardless of which language you choose, you’ll have access to a rock solid Dolby Digital 5.1 presentation, though in English you’ll get a DTS-HD MA 5.1, encoded at 48kHz and 24-bit. As I mentioned, this is a movie full of explosions, and Shooter will give your subwoofer a bit of a workout. Honestly the only time the audio track doesn’t deliver is the outdoor scene in the mountains. It’s undoubtedly very difficult to properly capture sound at altitude and in the cold, and as such the scene feels a little quieter than you might expect. Still, the audio is properly balanced, with voice tracks pushed center, crisp and clear. If, like me, you appreciate subtitles, you are spoiled for choice – Shooter has English, English, English SDH, French, German, Italian, Japanese, Portuguese, Spanish, Danish, Dutch and more – 17 in all. I don’t know what the original had for closed captioning when it originally released, but clearly Paramount wanted to make sure you are set for just about any language.

Also in the box, as is tradition, is a digital version of the film, but surprisingly no regular Blu-Ray version. Admittedly, portable 4K players are getting decidedly cheaper, and streaming (now with downloads) is fairly ubiquitous, so this is likely inevitable with new releases.

I do have to call out Paramount on one thing – this has to be the most bland splash screen I’ve seen in a while. Mark Walburg looks as confused as I am. The case is gorgeous, the transfer is eye opening, and somehow they put less than no effort into the menus and splash screen whatsoever. If this is meant to be the complete package, take a second and make it slick.

There are three extras, as well as seven deleted scenes on the disc. First up is “Survival of the Fittest: The Making of Shooter – a 22 minute behind the scene with Point of Impact author Stephen Hunter talking about his writing process for the book and film. It also adds the real-life story of Marine scout sniper Carlos Hathcock, a real-life operator who served as the inspiration for Swagger. Obviously the writing team hit the fast forward button, pulling the story into the modern era, but the central pillars remain the same – the grief and isolation every sniper/spotter pair endurs, even when they return home. This sequence gets the royal treatment with the Director, Screenwriter, Producer, Mark Walberg, Michael Peña, Kate Mara, and more, as well as Patrick Garrity, the military advisor and sniper who provided expertise and training for the entire team. It’s truly a fascinating look behind the scenes of how the team worked to try to make him walk, talk, and act like a Marine Scout Sniper. During their training, Patrick built the ghillie on site to demonstrate just how effective that type of camouflage can be in breaking up the outline of the human form to ensure it’s more challenging to spot the shooter. Even Kate Mara, who readily admits she’s afraid of firearms, learned how to use a shotgun and how to use a pistol for the final third of the film and seemed to enjoy the process.

Independence Hall is a 7 minute feature on how the team brought the initial moments of the film to life – Swagger’s simulated shot turned real. Once again Patrick Garrity lends his expertise, as does producer Ric Kidney. Park staff also give us a great view of the real-life Independence Hall as well as some history on the Liberty Bell – easily the most prominent piece in this storied building, outside of the Declaration of Independence, of course. If you are a history nerd like I am, you’ll dig this section – it’s a welcome surprise indeed. 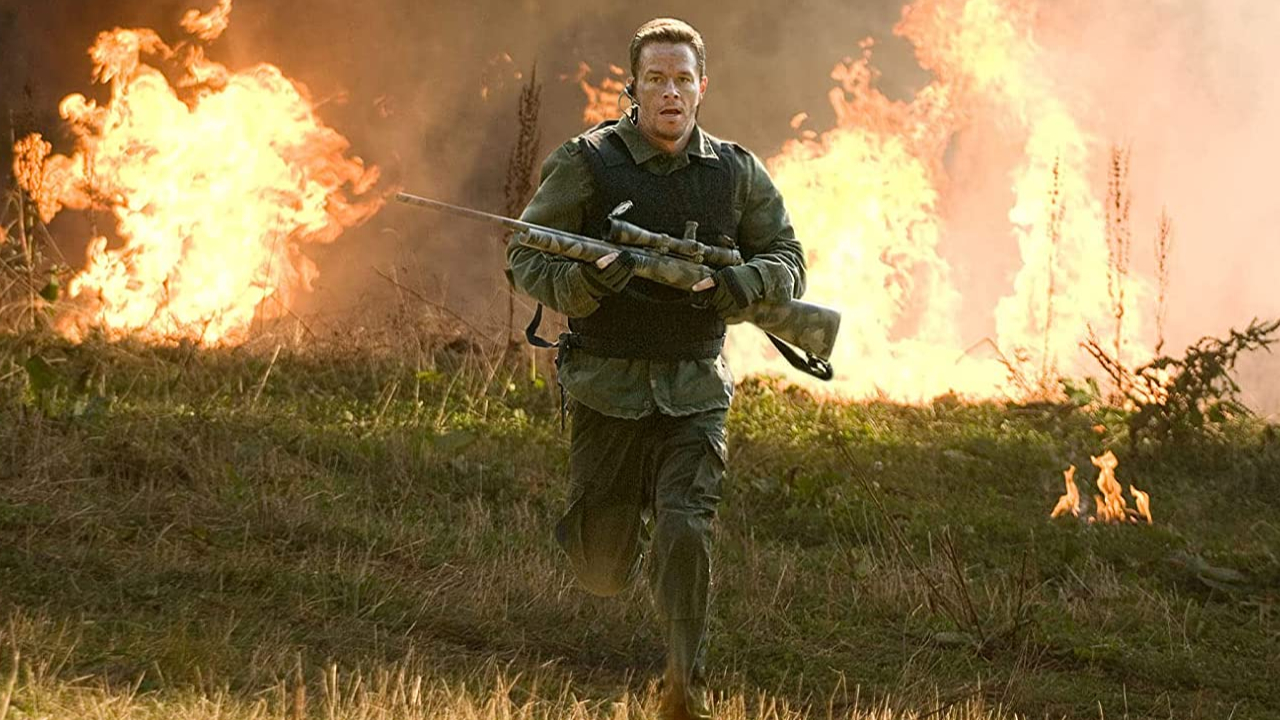 There are eight deleted scenes, none of which are particularly long. Some of them are fun, but with most of them you can immediately clear why they were cut. That said, I’d have been good with the sequence where Swagger attempts to buy a gun being included as it adds some levity to the proceedings.

The final extra is almost a freebee – the Theatrical Trailer. In the day and age of YouTube I’m still surprised to see valuable disc space devoted to them. Does anyone watch these?

With an excellent visual transfer, and a solid audio remaster, this is easily Shooter looking and sounds its very best. So much so, in fact, that it could have been recorded yesterday. The included extras are worthwhile, if a bit scant, but you’ll need lots of popcorn for this plot.

Ron Burke is the Editor in Chief for Gaming Trend. Currently living in Fort Worth, Texas, Ron is an old-school gamer who enjoys CRPGs, action/adventure, platformers, music games, and has recently gotten into tabletop gaming. Ron is also a fourth degree black belt, with a Master's rank in Matsumura Seito Shōrin-ryū, Moo Duk Kwan Tang Soo Do, Universal Tang Soo Do Alliance, and International Tang Soo Do Federation. He also holds ranks in several other styles in his search to be a well-rounded fighter. Ron has been married to Gaming Trend Editor, Laura Burke, for 21 years. They have three dogs - Pazuzu (Irish Terrier), Atë, and Calliope (both Australian Kelpie/Pit Bull mixes).
Related Articles: Shooter
Share
Tweet
Share
Submit