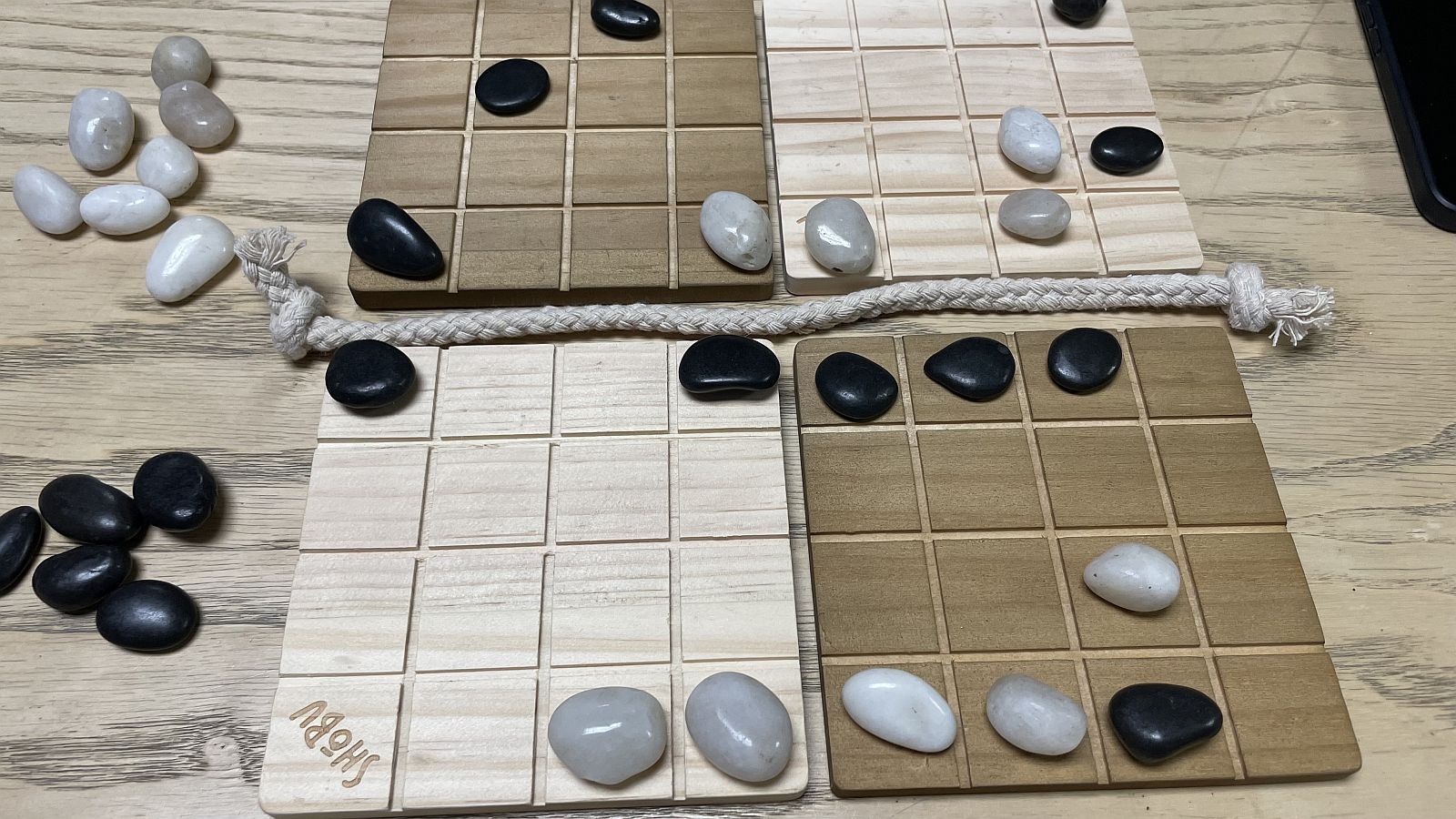 Abstract two player games are a dime a dozen but every once in a while one comes along that somehow recaptures the magic. Shobu, from Smirk and Laughter Games, is that game. Its rule set is extremely simple. Its components are beautiful (real rocks!). Yet despite its simplicity, I feel like I could spend years mastering it. It evokes the feeling of strategy and planning of chess but without the stuffy rules and memorized strategies and plays. It’s simple. It’s complex. It’s beautiful.

In Shobu each player is in control of 16 rocks, white or black, split between four different boards. The two boards on your side of the dividing rope are your ‘home’ boards and vice versa for your opponent. On your turn you choose a rock on one of your home boards to move up to two spaces in any direction. This move cannot be used to push an opponent’s rock. Then you perform the exact same move with one of your rocks on a board of the opposite color, either the other board on your home side or on your opponent’s side. Crucially, this second copied move is what you use to push your opponents rocks. Push all of your opponents rocks off of a single board and you win the game. 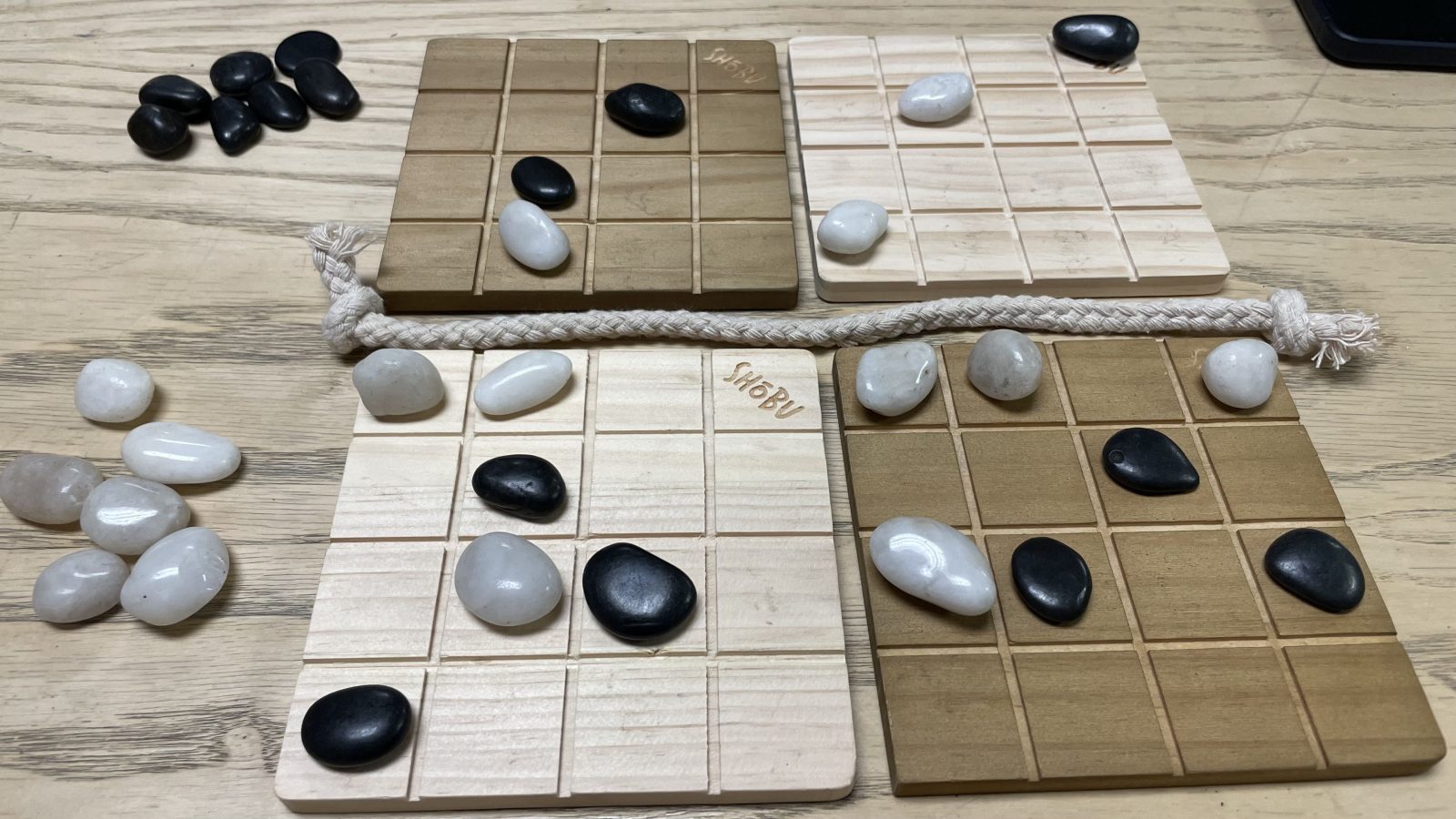 The game seems so simple at first but the emerging strategies will soon become apparent. Requiring your two moves to be on two different color boards will have you scratching your head and kicking yourself for not thinking far enough in advance. You might sacrifice a stone on one board to gain an advantage on another board. You might think victory is inevitable only to be blindsided by a move you didn’t see on a board you’ve been ignoring. My first game was quick and brutal with stones flying off the board on almost every move. We switched sides and played again right away and the second game was completely different. Slower. Thoughtful. Each player maneuvering to outposition the other while staying aware of the dangerously close edges. The advantage shifting back and forth on multiple boards. It was an experience I haven’t had with a board game in a long time.

Shobu demands you immediately play again after winning or losing, and you want to. How could I have played differently? What if I had done that one move? Why didn’t I notice that rock? With two evenly matched players, Shobu will burn your brain and is a delightful experience.