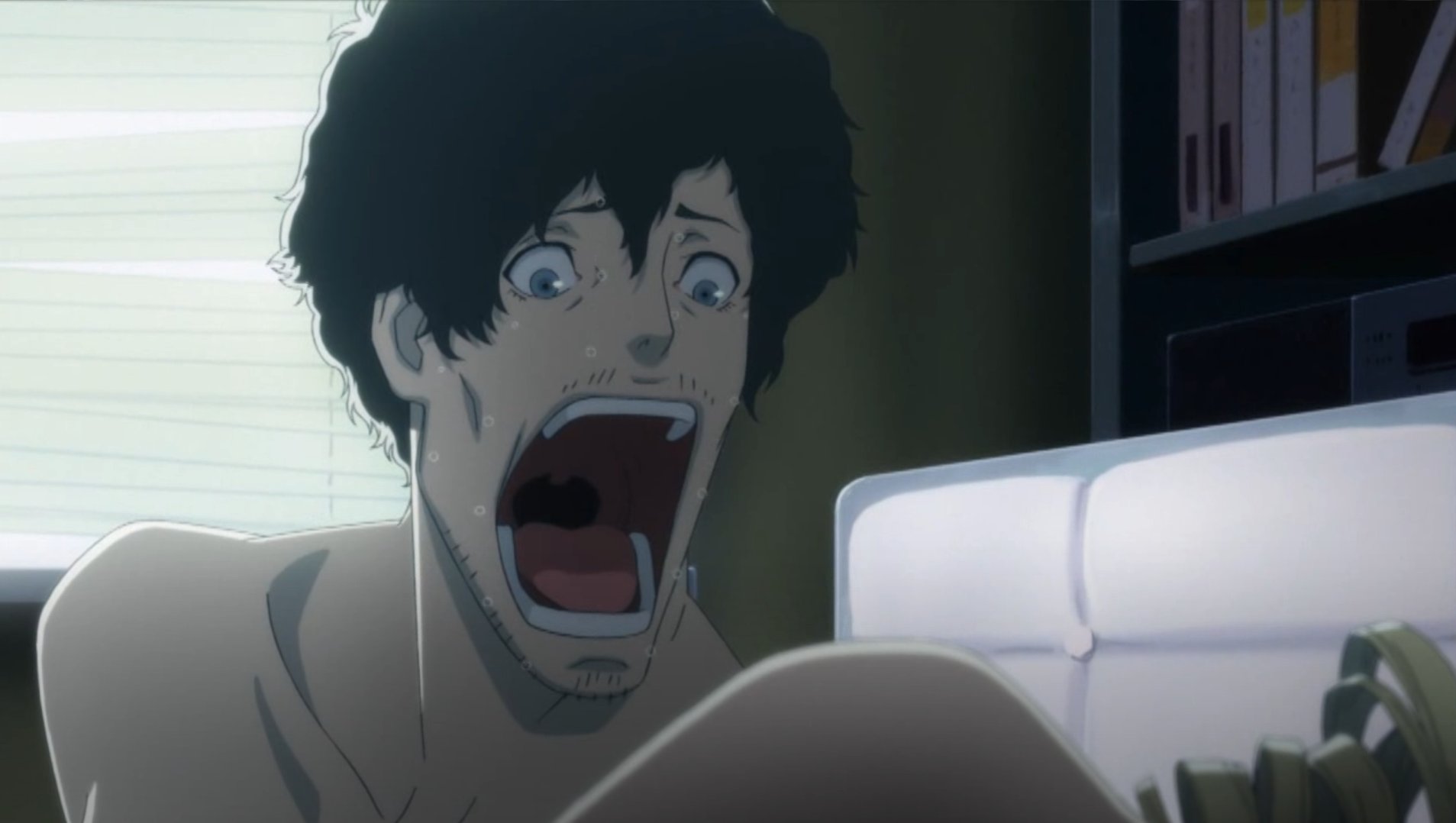 It is said that behind every great man is a better woman, but what if you just want to continue being a garbage human? Drinking late and sleeping in are among the premier experiences of life, interconnected by days of selfish splendor and aimless irresponsibility. Yet, how long can you and I continue to marinate in the sunshine of youth before we start to want, or even need something more solid, timeless and selfless? Also, when a human sheep plummets dozens of stories to their death on the jagged ground below them, do they explode with human guts, or sheep guts?

These questions and more were artfully explored in Catherine, a fantastic horror romance story. Now out on PC as Catherine Classic, is there any worth in going back to the nightmares and the dating action of Catherine, or has the game crumbled with time like the building block structures that fall with the sheep?

Catherine is a combination dating sim and horror based puzzle platforming adventure, where during the day you attend to the social life of Vincent, the poor fool at the center of the tale, and at night you run through his nightmares. Vincent feels pressure from his girlfriend named Katherine to get married but has doubts about whether he wants to leave his freedom behind. Compounding his anxiety is a nightly trip to a towering hell that demands he climb or die in real life.

The game is upscale looking throughout, though the cutscenes and social scenes are more enhanced than the platforming sequences. The improvements are subtle but appreciated in a game so accomplished art wise. The art in Catherine, showcased early in a faux intro sequence to a cinema showcase so beautifully done it seems iconic, is crisp and beautiful in all its varied forms throughout the game.

Catherine’s main gameplay function is the platforming and it is tough, unusual and peak level frustrating in a way that drives you to play more. The goal is to climb a tower of movable blocks as the bottom continuously falls out. You are able to slide those blocks around to create paths to the top or reveal paths already set. As you climb you’ll have to avoid obstacles like cracking or falling blocks, and fight through hordes of climbing sheep condemned to the same cruel game as you. From time to time you also face off against boss-style challenges where you’re being chased up the tower with violent consequences.

The gameplay is unique and classic in a way that doesn’t get old; I haven’t been playing a ton of games that are like Catherine because there simply aren’t any, so it stays fresher than most ports do over time. I imagine Catherine will remain a fun game to play forevermore, having that Tetris or Pacman quality of a signature challenge while admittedly not approaching those games’ mass appeal factor.

Catherine suffers from a niche marketing amalgam that limits the game’s value. At face value it appears to be another awkward story about sexuality and dating follies, and that may prevent some from diving in even at this point in time. Catherine is a game you have to take a shot on and the payoff is sweet. The story and its exploration on themes of pressure, doubt, romance and fear is one of my favorites in video gaming and could stand alone without the excellent platforming segments.

The platforming does have its kinks. The movements of Vincent can be unpredictable at times, leading to dropped blocks and lost time. The game doesn’t give you enough time to get used to it before throwing you into some tough areas, and some of the towers are too short. Also as you approach the end a bell rings which starts to grate on the mind early and often.

Not much more can be said about the art, but I’d like to point out the brilliance with which the competing settings of the real world and the dream prison are accomplished. The horrific nature of the dream sequences is not skimped on despite the lighthearted by comparison real world sequences. The music and sound is well done, including the voice acting.

Catherine Classic is a port to PC of one of the more unique and surreal gaming experiences around. Scary, thought provoking, and beautiful to behold, Catherine combines horror, romance, puzzles and platforming into a must play experience for anyone. Highly repeatable and challenging gameplay defines this true classic cult hit that begs to be discovered and rediscovered despite outwardly obscuring its true nature behind the standard expectations of a game in this style.

Patrick Rost has been with Gaming Trend since 2013. At first focused on sports coverage, Patrick has gone on to cover a wide range of games and other products for the website. Outside of Gaming Trend, Patrick writes and records music, grinds perpetually in Elder Scrolls Online (PS4), and lives day to day with his two dogs, Bob and Stella.
Related Articles: Catherine Classic
Share
Tweet
Share
Submit