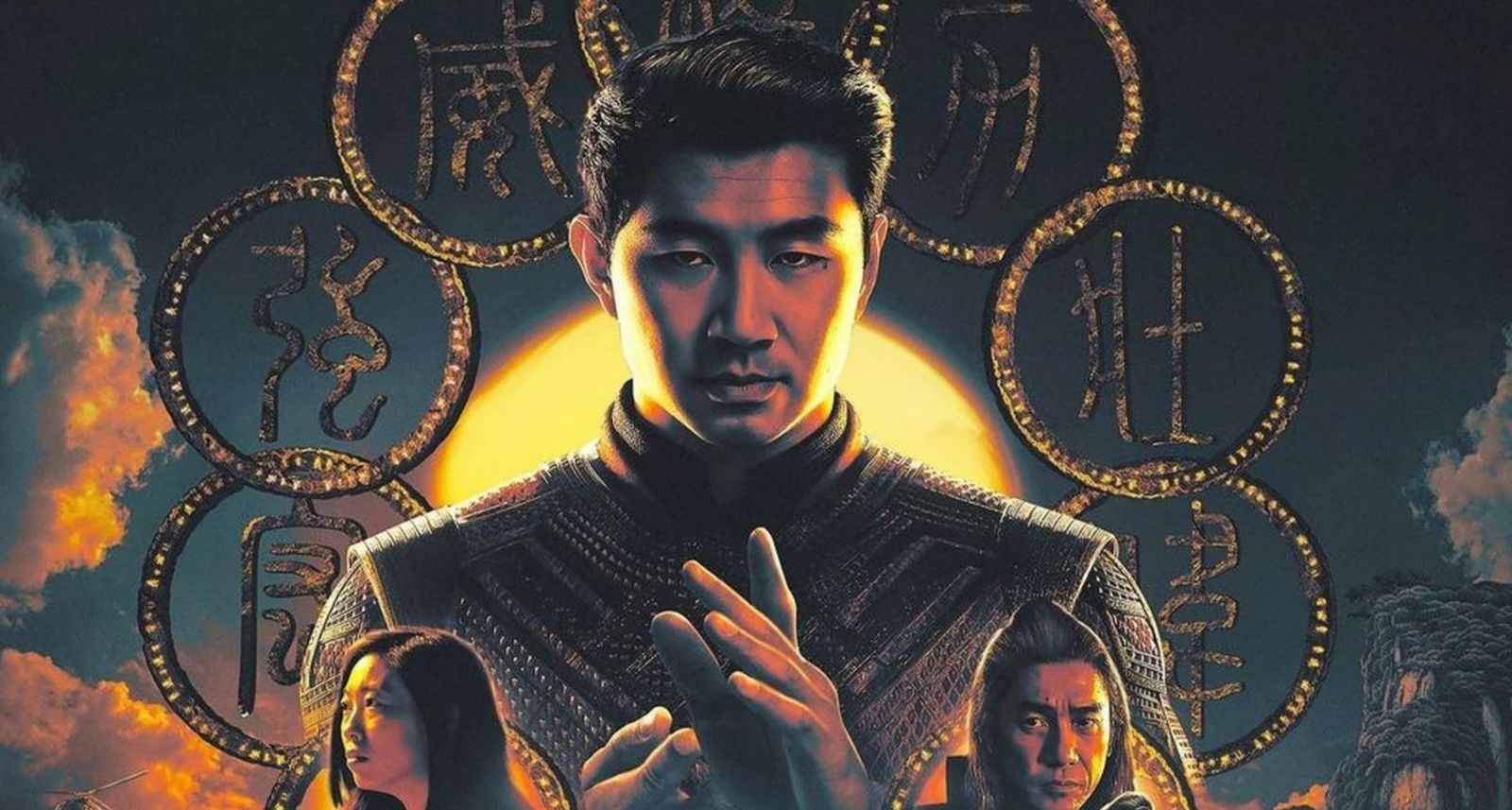 Shang-Chi and the Legend of the Ten Rings was one of the first movies I went back to the theater to see since the lockdown. The theater, an AMC, decided to play the movie on a less-than-great projector, and seemed to turn the sound down for the final third of the movie. I enjoyed the movie, but I knew I wasn’t seeing it the way Director Destin Cretton wanted me to experience it. Well, it’s finally out on Blu-Ray, and we’ve gotten our hands on a digital copy of the movie in 4K. Let’s jump in on Marvel’s newest grand adventure and see it the way we should have the first time!

There will be light spoilers throughout this review as I need to describe the scenes to talk through the presentation quality of the movie. If you’ve not yet seen the movie, tread carefully. I won’t ruin the major beats, but you might learn…oh who am I kidding, Disney gave away everything in the trailers. Read on!

Shang-Chi and the Legend of the Ten Rings tells the story of, you guessed it, a reluctant hero named Shang-Chi. His father, a legendary Wuxia master, has obtained the Ten Rings and has used them to obtain immortality. When tragedy strikes, Shang-Chi flees to America — but fate has other plans. I believe we’ve ticked all of the Marvel movie checkboxes without ruining the story beats, so talk about the technicals. 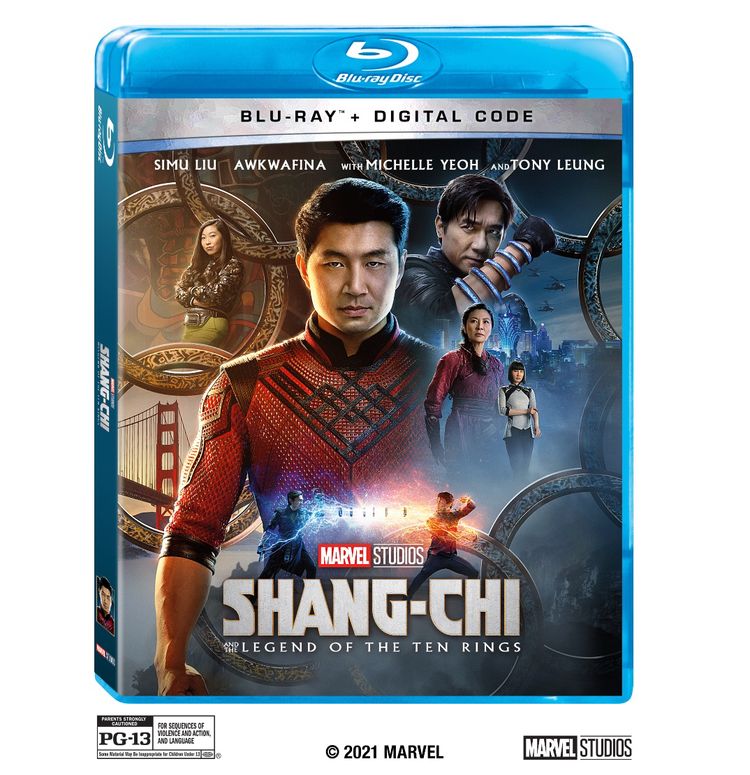 I’ve never been a huge fan of digital versions of movies — my physical collection cleared 1000 films a little while ago. I know I’m getting what I paid for without any compression for audio or video, ensuring the best possible presentation that takes advantage of my gear. Well, at least for this release, it’s had only the lightest deleterious effect on the quality of the movie, both in audio or visual quality — what’s here is fairly close to what you’ll see on a disc.

In the audio department, as is no surprise, Shang-Chi supports a wide variety of formats — English 7.1.4 Dolby Atmos, English DVS 2.0 Dolby Digital, Spanish 7.1 Dolby Digital Plus, and French 5.1 Dolby Digital Language Tracks. Checking the movie out on Disney+, the movie sports full Atmos support, but I can’t help but feel like my audio experience at the movie theater might actually have been more representative of the mix, not the audio at the theater itself. Massive CGI beasts clashing or a bus crushing very expensive vehicles should cast off waves of bass, but that LFE channel just doesn’t punch the way I would have expected at reference volumes. Similarly, when Xu Wenwu unleashes waves of power from the Ten Rings (they are more like bracelets in this story, but I digress), there’s just not enough oomph. Cranking a little past the reference remedies the situation, but that smacks of an untested mix. 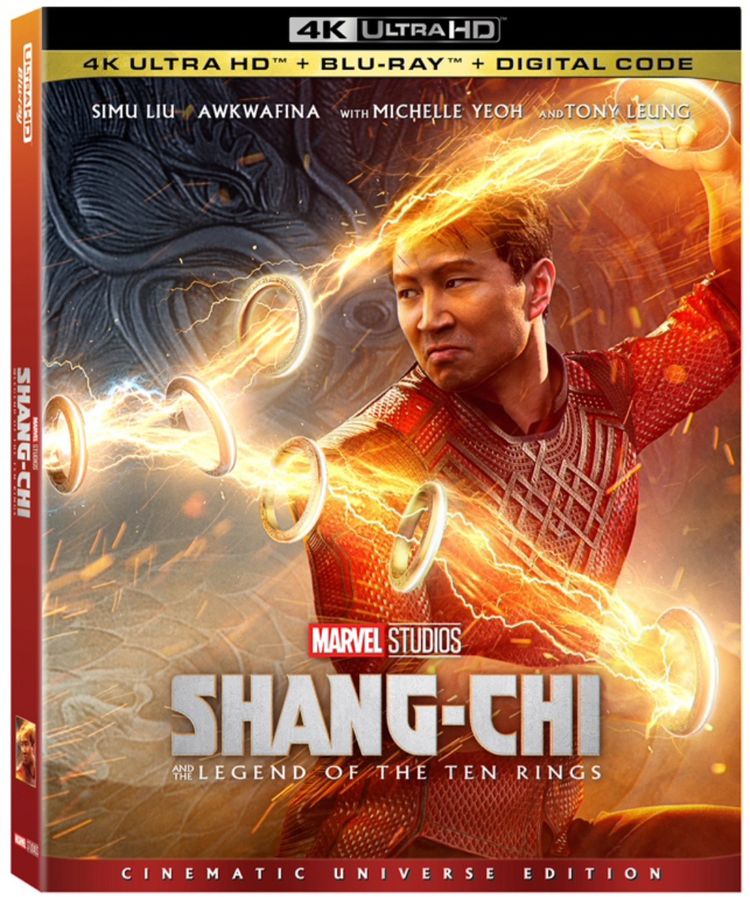 There are plenty of sequences in Shang-Chi that will work your entire surround sound system, 7.1 or otherwise. One sequence sees several characters fighting on a building scaffold, with enemies descending from above or below. You’ll hear them scurry about, and you’ll get a solid thud when Shang-Chi kicks them in the chest, sending them careening to the ground below. Similarly, there is an aerial clash that occurs in the third act that thankfully has more punch than it did at the theater, though it too comes in a little light. The strength of this film is easily the cast, and I’m happy to say that the center channel is remarkably clear.

Turning to the visuals, the movie stretches its legs with a Dolby Vision HDR presentation in anamorphic widescreen (2:39:1). This is the standard widescreen presentation you’ll find in just about every theater, but here it really lets the movie breathe, especially in the third act. Lush green (digital) landscapes look natural and seem to stretch forever. The color saturation is solid with deep blacks and plenty of great reference color. During one sequence there’s a whole neon-soaked look at Macau which really stands out. That said, the third act has the typical Marvel banging of pots and pans over CGI which look somewhat muted at times. I’m not sure if this is due to the fact that the digital version is HDR while the disc version is HDR10, or if this is an artifact of compression, but it’s there, putting it closer to SDR than HDR. As a result, I’d still recommend a physical disc over digital, but I may just be a snob that way. 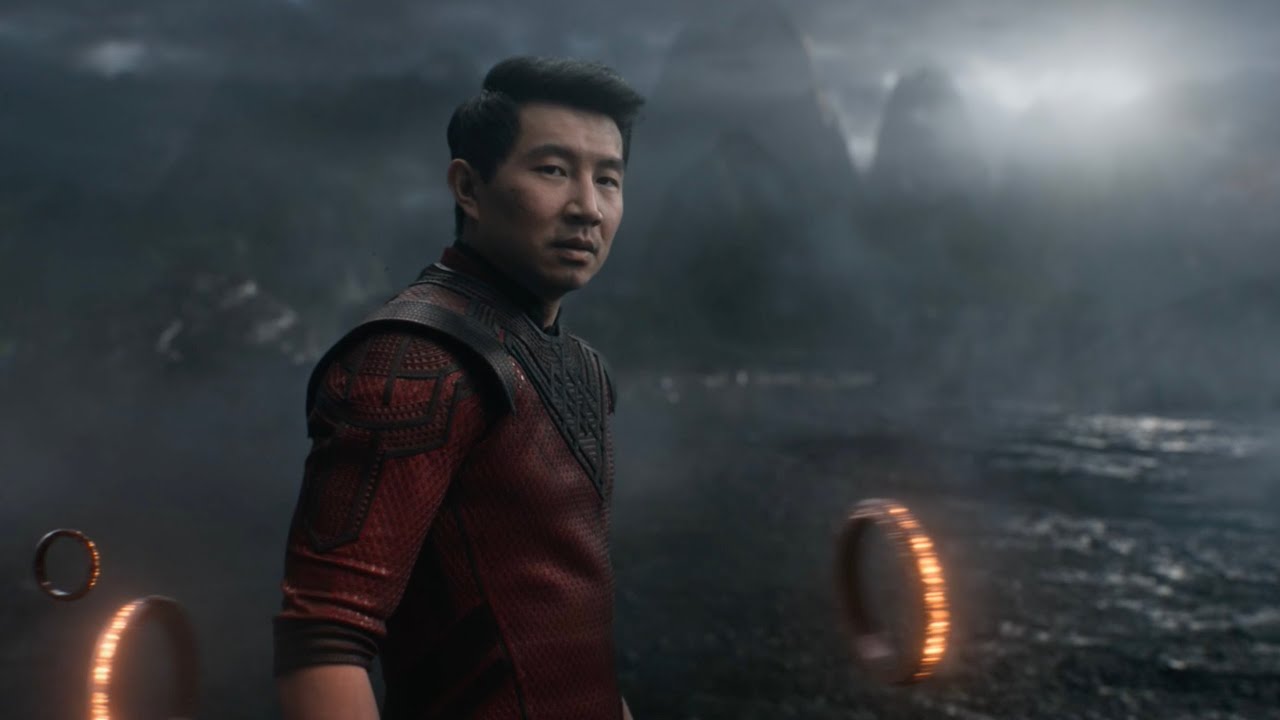 There are a handful of extras, regardless of whether you picked this up digitally or on disc. Building a Legacy is a behind-the-scenes on Talo, the mystical village that Shang-Chi’s mom comes from, and ultimately serves as the battleground for the third act of the film. The second featurette is Family Ties, which looks at the relationship between Shang-Chi, his mother and father, as well as his equally well-trained (despite essentially auditing the martial arts classes from afar) sister.

Second only to the gag reel, the audio commentary is the best part of the extras. Director Destin Daniel Cretton and screenwriter Dave Callaham provide plenty of behind-the-scenes commentary, as well as a few jokes of their own, giving us a look behind the curtain of how this movie was made. Some of the scenes that you might have thought were CGI were actually practical effects, albeit with some wires for safety. It’s a fun listening experience.

Speaking of the Gag Reel, it provides a lot of fun outtakes, including one that had me laughing out loud from the bus sequence. In it, the bus driver suddenly (and inexplicably) appears behind Awkwafina, and her reaction is priceless. There are plenty of multisyllabic-nonwords in this movie as well, so seeing the cast try to pronounce them over and over is a hoot. There are also 11 deleted scenes included. It’s easy to see why some of these were cut, but most of them are pretty fun. It’s nice to see Razer-Fist (his name is RAZER-FIST!) encourage Katy in the middle of battle, but it’s obviously cut for pacing. These are worth a watch, and a few will bring a chuckle, for sure.

Shang-Chi clocks in at a short-for-a-Marvel-movie 132 minutes, and is rated PG-13, mostly for things that come out of Awkwafina’s mouth.

Shang-Chi and the Legend of the Ten Rings

A solid Marvel origin story, if a bit by-the-numbers, Shang-Chi and the Legend of the Ten Rings is a fun Wuxia-powered adventure. The digital version of the movie comes closer than usual to disc quality, but I’d still recommend grabbing the 4K BluRay due to some muted colors. While the bass could use a shot in the arm, turn it up and enjoy the fancy kung-fu Phase 4 Marvel action!

Ron Burke is the Editor in Chief for Gaming Trend. Currently living in Fort Worth, Texas, Ron is an old-school gamer who enjoys CRPGs, action/adventure, platformers, music games, and has recently gotten into tabletop gaming. Ron is also a fourth degree black belt, with a Master's rank in Matsumura Seito Shōrin-ryū, Moo Duk Kwan Tang Soo Do, Universal Tang Soo Do Alliance, and International Tang Soo Do Federation. He also holds ranks in several other styles in his search to be a well-rounded fighter. Ron has been married to Gaming Trend Editor, Laura Burke, for 21 years. They have three dogs - Pazuzu (Irish Terrier), Atë, and Calliope (both Australian Kelpie/Pit Bull mixes).
Related Articles: Shang-Chi and the Legend of the Ten Rings
Share
Tweet
Share
Submit