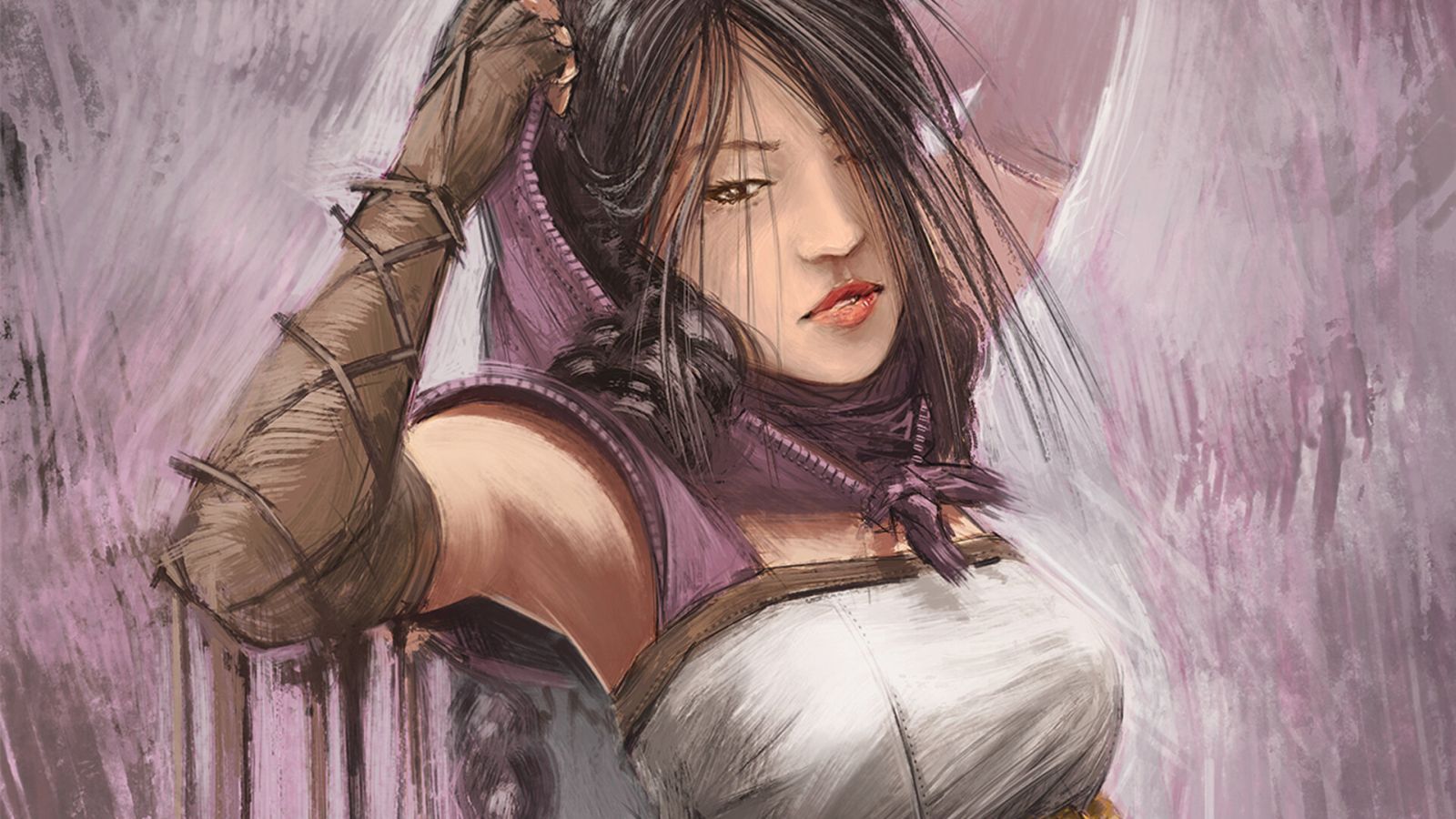 Shadow Tactics: Blades of the Shogun – Aiko’s Choice review — A puzzle in motion

When I reviewed Shadow Tactics: Blades of the Shogun back in 2017 (the game came out in 2016 — guess I slept on this one) I had nothing but very high praise for it. Similarly, Mimimi Games’ resurrection of the Desperado franchise with Desperados III was equally as fantastic (my review). Now they are returning to their first tactical outing with a standalone adventure focusing on one of the most dangerous members of the five members of the Blades of the Shogun — Aiko. If you need a refresher, Aiko is the young assassin of the group, focusing on precision, using the environment, and deception to take down her foes. Able to don disguises, she’s dangerous and unpredictable. Now it’s time for the team to unite once again to confront a dangerous foe from Aiko’s past — Lady Chiyo in this standalone expansion, Shadow Tactics: Blades of the Shogun – Aiko’s Choice.

First and foremost, if you’ve not played the base game, you will likely struggle here. It may be a standalone title, but it’s well paced, introducing new mechanics over a longer period of time and across several missions. Aiko’s Choice is a six mission run, leaving very little room for error, or time for you to learn how everything works. Technically taking place between mission 9 and 10 of the main game, this offshoot isn’t just a solo expedition for Aiko, but does focus on her backstory quite a bit. Each character in the game has their own strengths and weaknesses, and knowing these well is going to make this outing a bit easier. 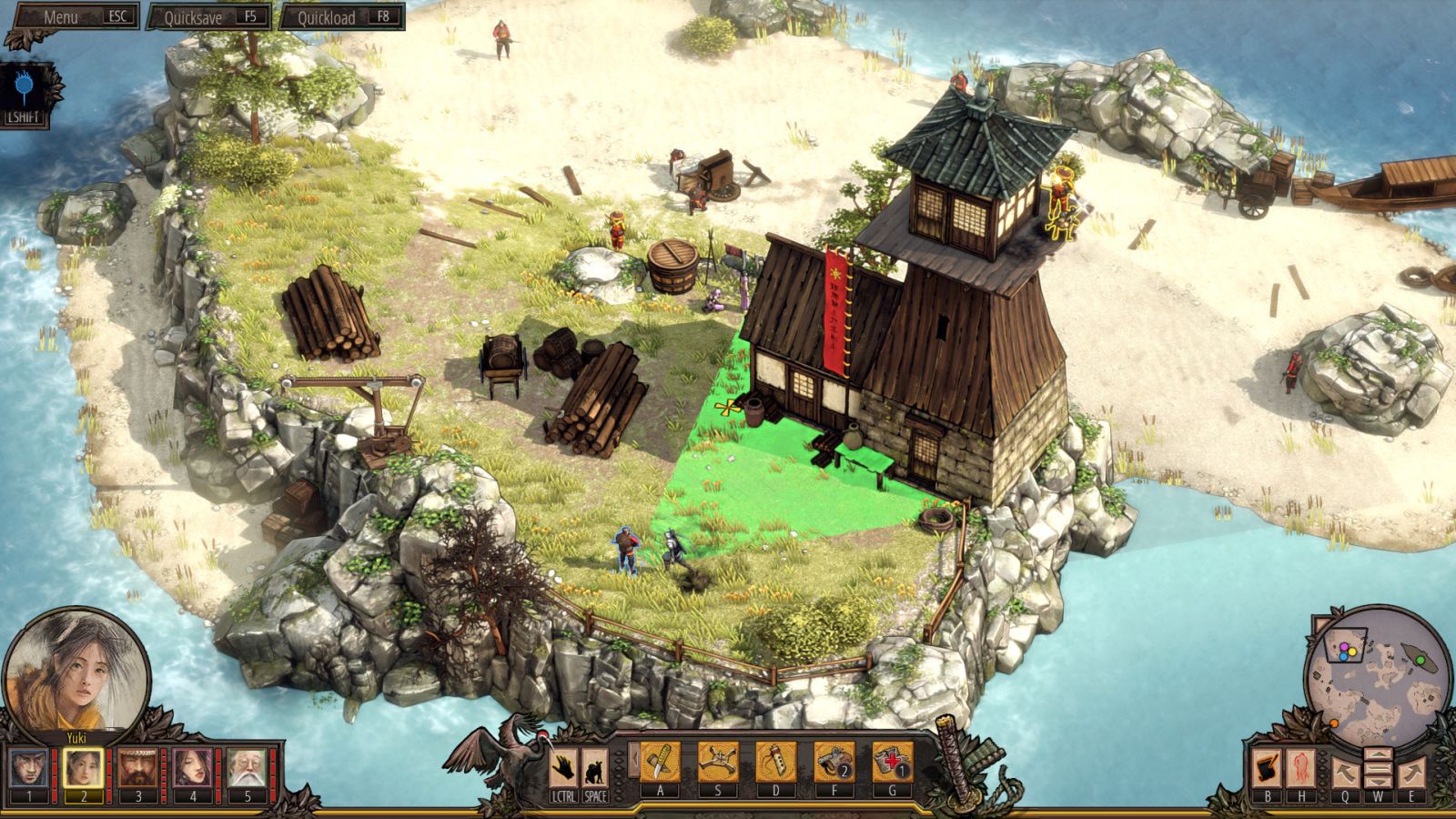 Shadow Tactics is a tactical stealth game. In it, you’ll employ the unique skills of five people whose paths would otherwise never cross. A heavily armored samurai named Mugen is lethal with a sword up close, able to carry a tremendous amount of weight on his own. A ninja named Hayato is able to dispatch enemies at a distance, though he’s a bit fragile in close quarters combat. Yuki is an apprentice ninja, easily more agile than any other character, and able to deploy traps and distractions. Aiko, the main character for this expansion, is able to disguise herself, dispatching foes using guile and poisons. The final character, Takuma, is old and somewhat feeble, but is deadly with a rifle from an extreme distance. He also can send his tamed Tanuki (raccoon) named Kuma to distract enemies and get them to face away from areas where you might want to take action. This unlikely bunch come together across thirteen missions in the main game, with this expansion delivering another six outings — three main, and three interlude missions. In all, this standalone adds roughly a half dozen or so hours to the package, depending on how thorough you like your missions to be, be it full stealth or kill-em-all style. 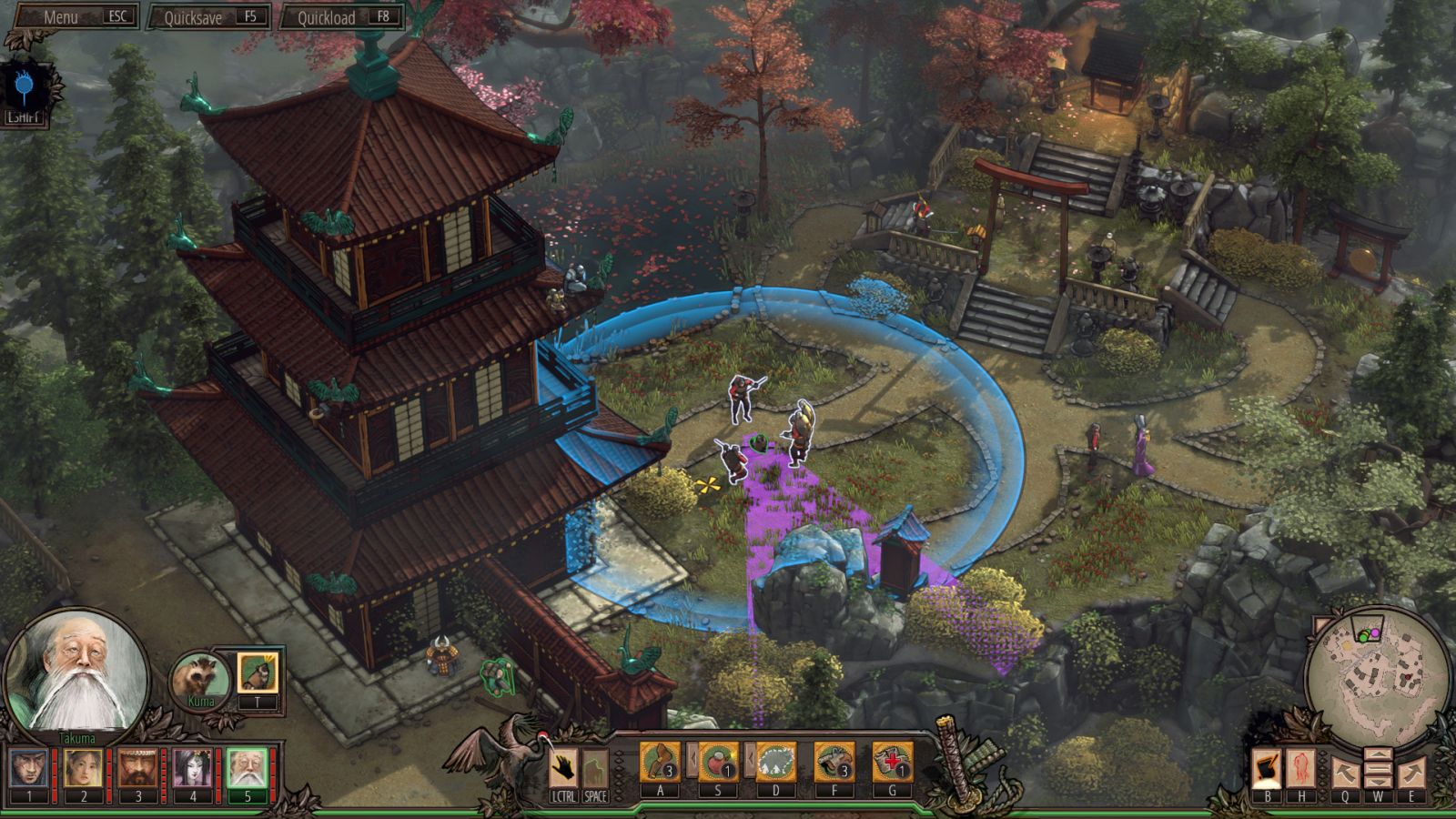 The three main missions couldn’t be more different. Nagoya, the city setting of the first mission that doubles as the primary base for the Blades of the Shogun, will have you leaping over rooftops, exploiting tight corners and well-defended courtyards. Many of the missions in the main game gave you a lot of room to breathe, but here you’ll need to be on your toes — there’s eyes in every direction. 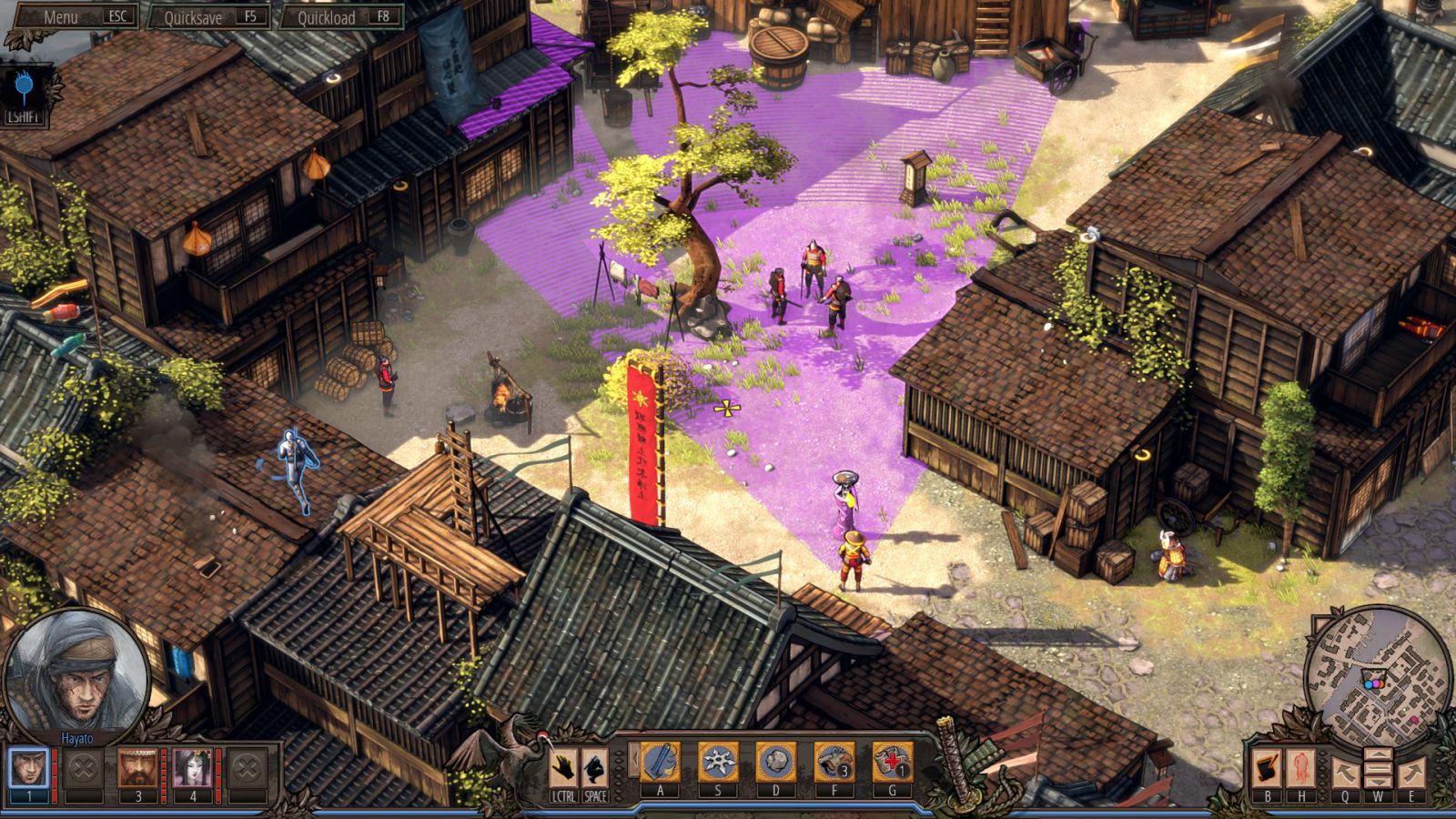 The second mission takes place across a series of five islands, utilizing more of your team, but also adding a great deal of restriction as Mugen is too heavy to swim, and Takuma is too old. Slowly leapfrogging your team through this level is a challenge. 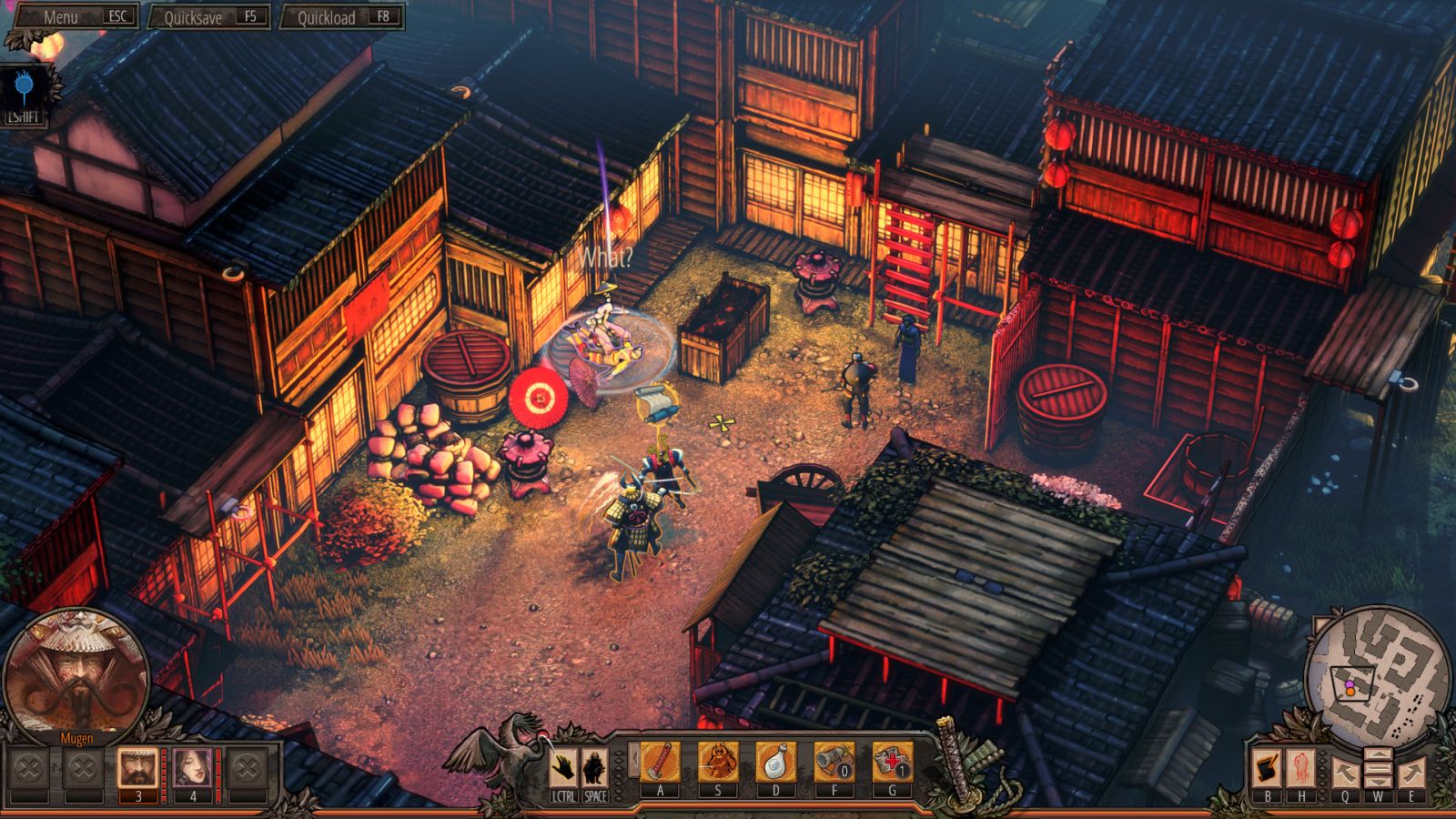 The final level I won’t spoil, but wow oh wow are there a lot of traps. These can work on you, but it’s far more fun to unleash them on your enemies. If there are any trap-based achievements you want, this is the place to do it.

The missions in between are “travel” missions, and are really a surprising highlight. The main missions are the usual challenge, but trying to be stealthy or careful while on the deck of a moving ship, with few places to hide, is particularly challenging. Thankfully the criminally-underused Kuma gets a workout here. He’s the cutest little murder-buddy ever! 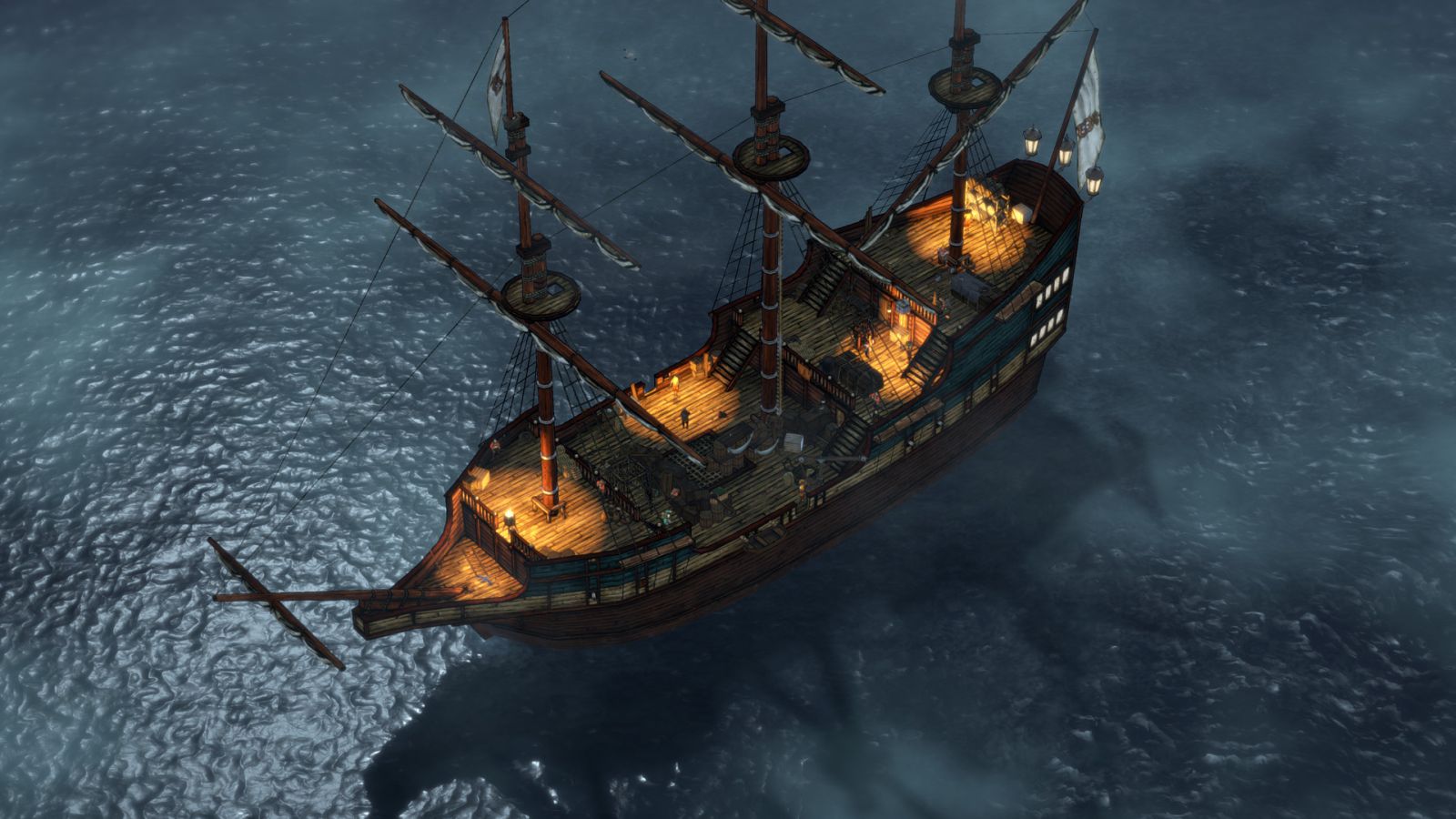 Shadow Tactics: Blades of the Shogun breaks the mold on quicksaves — it almost demands it. You’ll make mistakes and get caught, killed, or set off alarms that make the mission even harder. Quicksaves lets you back up and try new tactics. Higher difficulty levels restrict the number of quicksaves, but that’s for your second or third run, right? Aiko’s Choice amps the challenge a bit (or perhaps I’m rusty) so save early, save often.

Shadow Tactics: Blades of the Shogun has a distinct cel-shaded look, and that’s carried over to Aiko’s Choice for consistency’s sake. That said, Mimimi’s own Desperados III saw some graphical improvements and increased detail that aren’t present here. Hopefully this return to the source material is just to whet the appetite for a potential sequel — I’d be here for it. 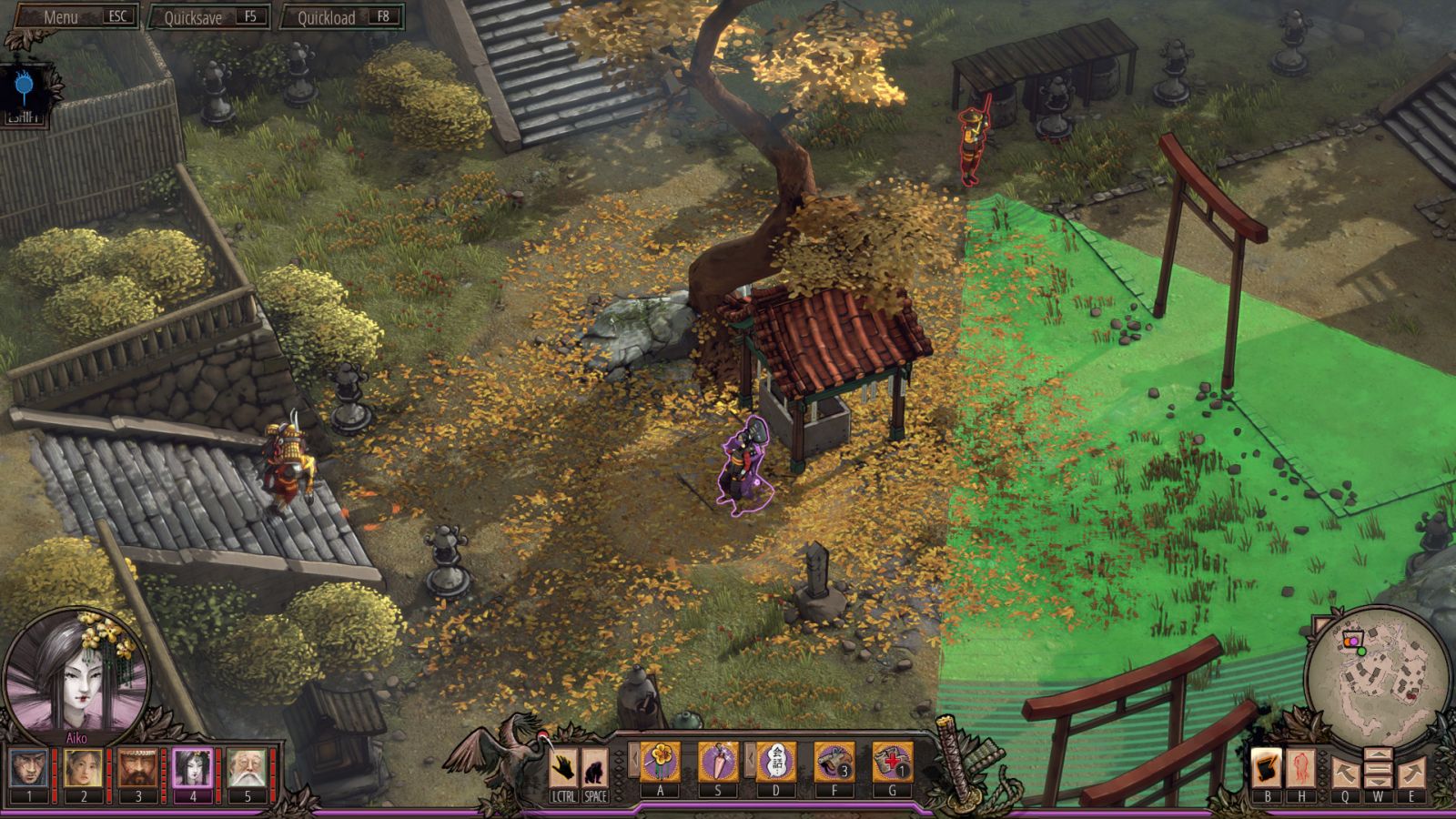 There really is only one drawback I can put my finger on for Aiko’s Choice — the standalone aspect. I cannot imagine how difficult it would be to jump into this game without having more than a dozen hours of practice via the base game, and the tutorial does little to get you ready. Do yourself a favor — pick up the base game (it’s amazing in its own right) and don’t try to just jump into the third act here.

Shadow Tactics: Blades of the Shogun – Aiko’s Choice review — A puzzle in motion

Shadow Tactics: Blades of the Shogun was one of my favorite games of 2017, and Aiko’s Choice is a return to form. Mimimi Games continues to deliver tight gameplay, incredible stealth, and a compelling story to tie it all together.

Ron Burke is the Editor in Chief for Gaming Trend. Currently living in Fort Worth, Texas, Ron is an old-school gamer who enjoys CRPGs, action/adventure, platformers, music games, and has recently gotten into tabletop gaming. Ron is also a fourth degree black belt, with a Master's rank in Matsumura Seito Shōrin-ryū, Moo Duk Kwan Tang Soo Do, Universal Tang Soo Do Alliance, and International Tang Soo Do Federation. He also holds ranks in several other styles in his search to be a well-rounded fighter. Ron has been married to Gaming Trend Editor, Laura Burke, for 21 years. They have three dogs - Pazuzu (Irish Terrier), Atë, and Calliope (both Australian Kelpie/Pit Bull mixes).
Related Articles: Shadow Tactics: Blades of the Shogun - Aiko's Choice
Share
Tweet
Share
Submit